What a Piece of Crap Is Man 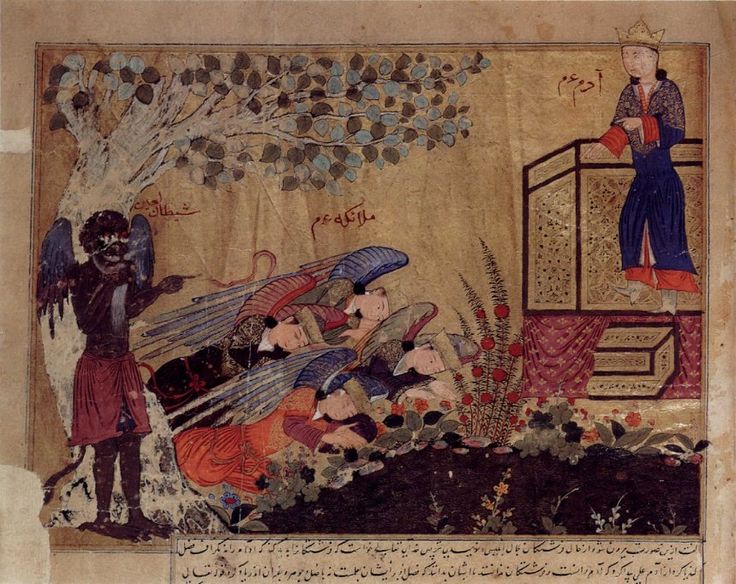 It’s interesting that Satan’s rebellion against God has become such a significant part of the mythology of the Abrahamic religions, when there isn’t a whole lot of support for the idea in the Bible. It’s described in Revelation, but the nature of that book makes it unclear whether this is something that happened in the past or will in the future (or both?). Anyway, there’s another wrinkle to the rebellion story that I had heard of before, but hadn’t looked into that much, that his fall was directly related to the origin of humanity. I was aware that it showed up in the Quran, but there’s precedent for it before that. It seems that it first appeared in a first century manuscript called The Life of Adam and Eve, or sometimes The Apocalypse of Moses, even though Moses isn’t in it; I suppose the idea was that he was the narrator. Set in the time just after Adam and Eve were banished from the Garden of Eden, it has the couple do penance by standing in rivers up to their necks and fasting. Satan shows up and tells Eve that God has already forgiven her, tricking her into breaking her penance. Fool me once, shame on you…no, wait, God punished both Eve AND the Serpent the first time. Adam asks Satan what they ever did to him, and the Devil explains how, after God created the first man out of dirt, the Archangel Michael told the other angels to worship Adam, as he was made in the image of God. Satan insisted that he was superior as he was made first, and when Michael insisted, decided to launch a rebellion against the Almighty. The narrative then goes on to describe how Seth tried to find some oil from the Tree of Life to heal his dying father, is bitten by Satan, and told by Michael that there’s nothing that can be done for Adam until the end of days. This idea would also appear in an explicitly Christian context in the Gospel of Nicodemus. Also featured are the Pillars of Seth and the idea that Adam was created in Bethlehem from different substances found all over the world.

Many of the ideas from this text reappear in the Questions of Bartholomew, the exact origins of which are unclear, but it might have been from around the fifth century. Bartholomew asks Jesus about some of the mysteries of the universe, including the harrowing of Hell and what happens to the dead. Jesus then brings Satan, here called Beliar, up from Hell so that Bartholomew can ask him questions, compelling him by stepping on his neck. You know, Jesus is largely remembered for his advice to turn the other cheek, but some stories indicate that he wasn’t always opposed to violence. Then again, I guess Satan is basically immortal. Beliar reveals that he was the first angel created, made from a handful of fire (sounds painful). When Michael tells Beliar to worship Adam, the Devil not only objects because he was made first, but also because Adam is a material being while he’s made from fire. Also, he deceives Eve by poisoning the source of the waters of Eden with his sweat and armpit hair, on the advice of his son Salpasan, a woefully underused character. 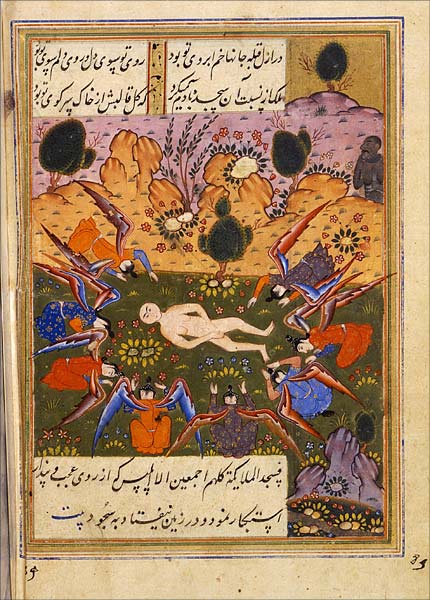 In the Quran, the Devil is referred to as both Iblis and Shaitan, although from what I’ve seen (and I haven’t read the Quran, although I probably should; I’m not sure which translation to use), it seems like the latter is more of a title. Iblis is a jinn, formed of smokeless fire, who refuses to bow down to Adam when ordered to do so (in this case by Allah Himself, rather than Michael), and hence is cursed. But Allah allows him to live until the end of days and serve as a tempter of humanity. He never tries to take God’s throne in this version of the story. There’s some emphasis on how Iblis only functions at the behest of God. This is true in Christianity as well, but it seems that popular theology focuses so much on Satan’s role as the opposite of God as to make him a much more significant part of the religion. Perhaps Muhammad was consciously trying to get away from Zoroastrian influence, which makes it kind of ironic that the place where Zoroastrianism originated is now a strictly Islamic country.

Anyway, this recurring theme is a rather odd one, as the whole idea of monotheism is that God alone is worthy of worship. I’ve seen it suggested that the angels bowing to Adam was supposed to be a mark of respect rather than actual worship, but the translations I’ve seen of these works make it sound more extreme than that. And really, considering how humans act a lot of the time, Satan might not have been so wrong to hold mankind in contempt. Look how easy it was for him to tempt Adam and Eve. But it goes back to the general theme in these religions that humans are both totally amazing and inherently sinful. Which maybe we are in a relative sense, but it seems like an all-powerful, all-knowing creator could have done a better job.

5 Responses to What a Piece of Crap Is Man