Disney, My Head Is Spinning

This time, I’m reviewing some more collections of Disney comics.

Donald Duck: The Black Pearls of Tabu Yama, by Carl Barks – One of the better stories begins with the bizarre premise that canner P.J. McBrine is trying to ruin the cucumber crop in order to sell the pickled rutabagas he wasn’t able to get rid of before. Donald and his nephews travel to the Amazon to get some razor wasps to kill off McBrine’s augur-nosed pickle-haters. They end up discovering a valley of live dinosaurs, with McBrine trying to sabotage them the whole way. Many of the stories involve Donald getting a new job. He works as a hotel manager, a mailman, a baker, and a milkman, with varying success. He’s comically bad at some and surprisingly competent at others, usually with circumstances beyond his control working against him in the latter. His enemy in the milkman story, Mr. McSwine, looks just like McBrine in “Forbidden Valley.” Is the majority of Duckburg of Scottish or Irish ancestry? The mustached pig has had several other names, but his mostly-official name has been verified as Argus McSwine. Another has giant ants invade a billionaires’ picnic, while another gets a surprising amount of mileage out of Donald trying to get out of helping Daisy with her spring cleaning. 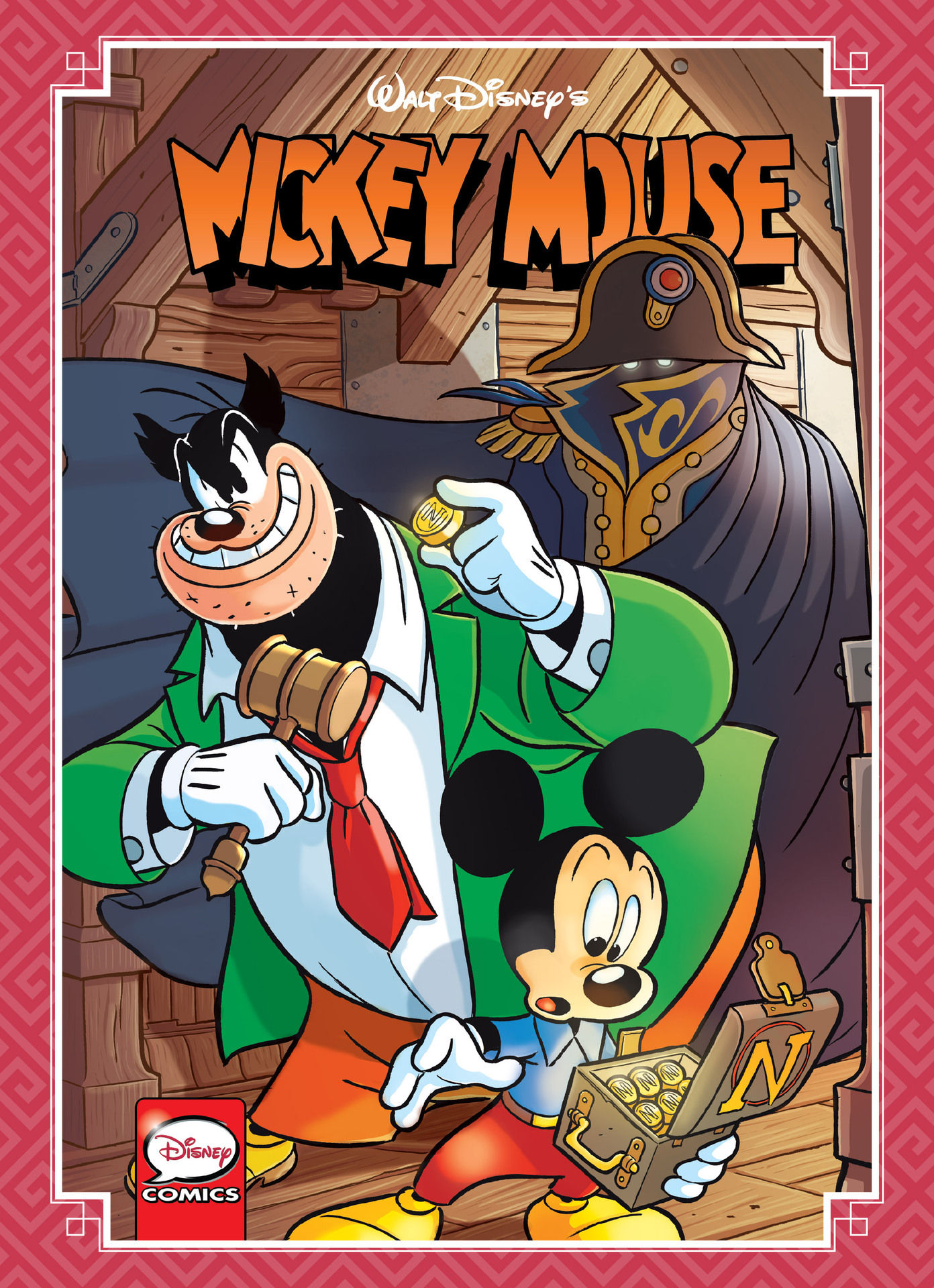 Mickey Mouse: Timeless Tales, Volume 3 – These collections from IDW are made up of translated versions of foreign Disney comics, some old and some new. There’s a lot of work in this volume by Italian writer and artist Andrea Castellan. One multi-part tale written by Castellan takes place in a futuristic city Mickey visits on a layover, where the Phantom Blot is using a robot he built himself to try to take control.

Another has Mickey, Goofy, and world-traveling archaeologist Eurasia Toft being forced by a secret organization to work mining orichalcum, the mystical metal said to have used in Atlantis. A Romano Scarpa story has Goofy turn into a werewolf as part of a plot by Pete’s mad scientist cousin Portis to turn cats into other animals and sell them for a profit. It’s pretty convoluted, but it’s interesting in light of the difference between animal-people and regular animals in this universe. Pete is officially a cat, although he doesn’t look like one, but Portis has more feline features.

It also uses the sentient but troublesome mynah bird Ellroy as a character. Scarpa invented Ellroy as the adopted son of Ellsworth, a genius bird who was popular in American Disney comics in the 1950s, and remained popular in Italy. Apparently the American publisher at the time didn’t really like a character who was clearly an animal rather than an animal-person, but with human intelligence. 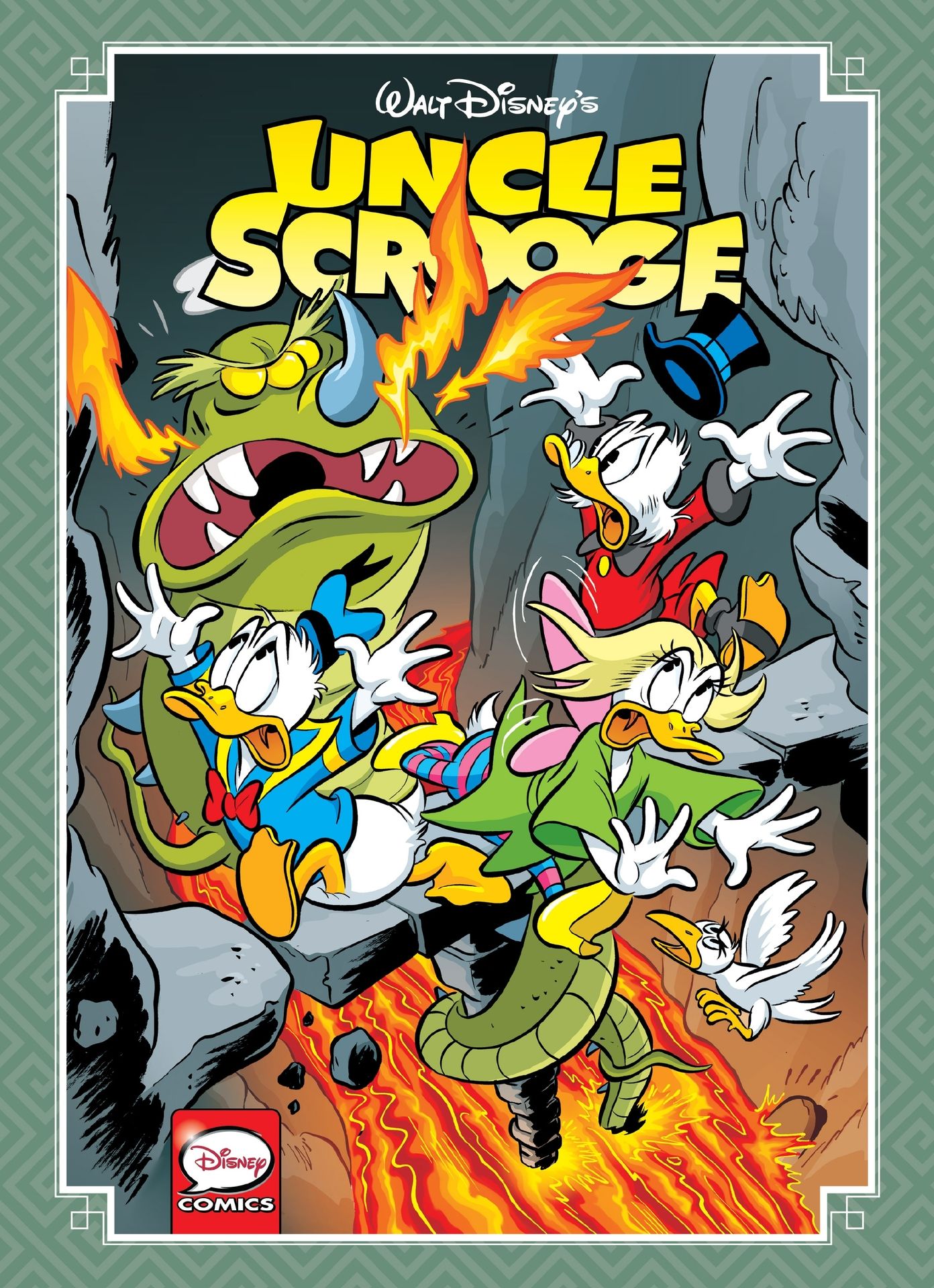 Uncle Scrooge: Timeless Tales, Volume 3 – The most prominent story here is an Italian one where Flintheart Glomgold, John D. Rockerduck, Magica de Spell, and the Beagle Boys team up to take down Scrooge’s empire. Rockerduck is a character who was created by Carl Barks, but he never really took off in the States, while he’s more popular than Glomgold in Italian comics. Magica sends the contents of Scrooge’s money bin into a pocket dimension and takes his first dime, only to be deprived of her evil powers by the Council of Dark Magic and turned into a good fairy.

Scrooge and Donald visit the underworld to argue with the Council, and end up allying themselves with the earthquake-making Terries and Firmies, whose territory is being polluted by Glomgold’s waste disposal industry. Donald also makes a few appearances as the Duck Avenger, and the Maharajah of Howdyustan is referenced in Scrooge’s plot to take down Glomgold and Rockerduck. There’s a Polish story that builds on the idea of Donald as a master video game player that I’ve seen a few times before, in which Scrooge has a game made of his own life and the two of them compete. Scrooge ends up winning because Donald treats it more like a game where he has to gather quest objects, while Scrooge makes business deals like in real life. Goldie O’Gilt’s impetuous granddaughter Dickie Duck, a Scarpa character whose grandfather has never been identified as far as I know, is introduced in a story from 1966.

Another character less familiar to American audiences who shows up in a few short comics is Scrooge’s half-brother Rumpus McFowl, a creation of Canadian artist William Van Horn. Rumpus has some traits in common with Gladstone Gander and Gus Goose, but is also an opportunist, coming across as similar to Wimpy from Popeye.