Finding Dory – The much later sequel to Finding Nemo focuses on Dory searching for where she came from. She’s still living with Marlin and Nemo and still has short-term memory loss, but starts having flashbacks when triggered by certain words. The three fish travel to the marine research institute in California where Dory grew up, and she remembers various things as she encounters them, eventually finding her parents again and making new friends along the way. New characters include the grouchy octopus Hank, who’s missing one tentacle (although there’s no indication as to where it was before; apparently Pixar could only animate seven limbs) and terrified of the ocean; the near-sighted whale shark Destiny who used to talk with Dory through the aquarium pipes; and the beluga whale Bailey who suffered from a head injury and thinks he can no longer use echolocation.

Marlin is still overprotective, now less so of Nemo than of Dory, sometimes being rude to her due to his frustration at her memory loss. Dory is able to get through her adventure by being intuitive and somewhat reckless, which I don’t think would necessarily work too well in real life, but hey, it’s a movie. A little more concerning is that, while part of the lesson seems to be that others shouldn’t focus too heavily on Dory’s disability when interacting with her, other disabled characters (and there are several) aren’t treated as kindly. Destiny’s habit of bumping into things due to her poor eyesight is played for comedy, and it seems like the sea lion Gerald who is bullied by his fellows and never speaks is someone with a mental disability who’s treated poorly. The director has denied the latter, saying they saw him as more just a nerd. 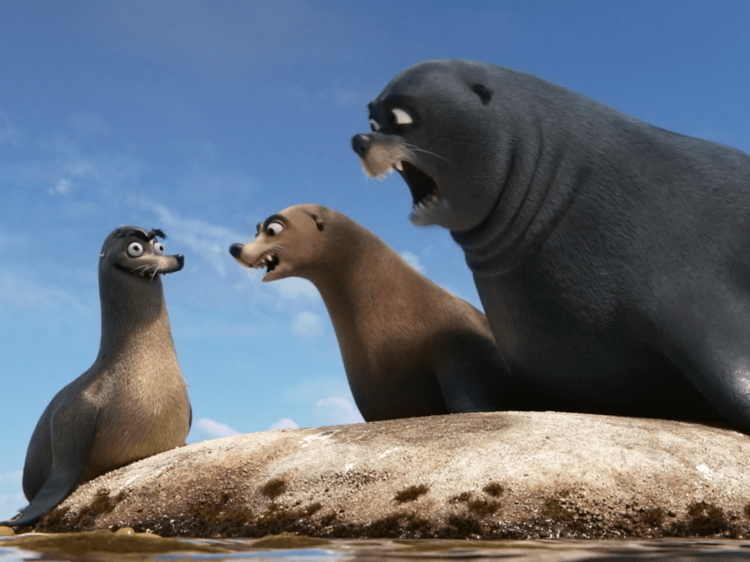 I’ve seen it pointed out that The Simpsons also has a unibrowed character named Gerald, the baby Maggie hates. I also felt that, although Dory’s story was sweet, the movie as a whole didn’t really expand the world that much. It felt rather smaller than the original, and not just because a lot of it takes place indoors. I think the thing with sequels is that it’s nice to see the characters again, but that doesn’t necessarily merit another feature-length movie. Maybe it would have worked better as a short or something. But then, I liked all three Toy Story films, so it’s not like it never works.