Birds of a Feather (and a Few Without)

I don’t think I’ve ever really written specifically about the birds in the Oz series, and there are quite a few of them. When Dorothy first arrives in Oz, she sees “birds with rare and brilliant plumage” in the Munchkin Country. And L. Frank Baum’s novel Policeman Bluejay (sometimes called Babes in Birdland) features many different kinds of birds, including Birds of Paradise that actually live in the Garden of Eden, or a place much like it.

I’ve written about some of the sorts of birds in Oz before, including chickens, storks, crows, The Foolish Owl and the Lonesome Duck are pretty memorable birds as well. Baum seems to avoid saying that Orks are birds, although they have bird-like features. When Trot and Cap’n Bill first encounter one in The Scarecrow of Oz, the text specifically says that “to call it a bird was out of the question.” There seem to be some giant rocs in the area as well; Captain Salt wants to find a roc egg, and the enormous birds seen underground in Dorothy and the Wizard are said to remind Zeb of rocs. The hummingbirds in Rachel Cosgrove Payes’ Wicked Witch have nectar that makes visitors grow wings. There are a lot of blue gulls at Lake Orizon, and a giant one known as the Grand Mo-Gull claims to be the ruler of all land and sea birds.

There’s a significant bird character in Ruth Plumly Thompson’s Cowardly Lion, Nickadoodle, often called by the nickname Snorer. He’s described as about the size of a small child, and has pink legs and a blue beak and eyes. As per his nickname, he snores incredibly loudly. His beak curves around into his ear like a telephone in order to wake him up from this, and he explains that the attachment was invented by his Uncle Billy. Notta Bit More, Bob Up, and the Cowardly Lion find Nick on the Skyle of Un, where he’s staying because he’s unusual, and he helps them escape the place. He’s a very friendly animal, expressing his love for everyone. After the adventure, he moves into Notta’s tent outside the Emerald City. Gnome King mentions a zazagooch, the loudest-snoring animal in Oz, which could potentially be Nick’s species. I’ve pointed out the connection to Kabumpo‘s insult “gooch” before, and that might well be a kind of bird, not just because of the similarity to “goose” but because Thompson’s advertising poem “The Little Gingerbread Man” has the King of Jalapomp saying, “May a Gooch fly off with you!”

As far as other strange (to us Outside Worlders, anyway) birds go, Kabumpo has a Hurrah Bird, a play on the expression “hurrah’s nest,” which means something really messy. Thompson took the more positive meaning of “hurrah,” however, and made the birds and their nest very cheerful.

The castle in the Kingdom of Patch is home to the Scissor Bird, named Nipper, a violent creature who eats fabric scraps. I wonder if Thompson was thinking of the stork-shaped scissors that were apparently originally used to cut umbilical cords, but are now primarily employed in embroidery.

In the same book, a balloon bird from Balloon Island flies off with Peter Brown while disguised as a regular balloon.

There’s also an illustration of barrel birds, a type of creature that’s mentioned in the text of The Curious Cruise of Captain Santa and John R. Neill’s own Lucky Bucky.

Thompson describes them as having long necks, flat heads, and hollow bodies.

The one Bucky encounters is filled with stardust.

Roger the Read Bird is a major character in Pirates and Captain Salt. He’s described as a cross between a duck and a parrot, but in Marcus Mebes’ Royal Explorers books, he admits he doesn’t really know what kind of bird he is.

I wasn’t sure if there was any joke in “Read Bird,” but it looks like bobolinks are sometimes called reedbirds, so maybe that’s it. 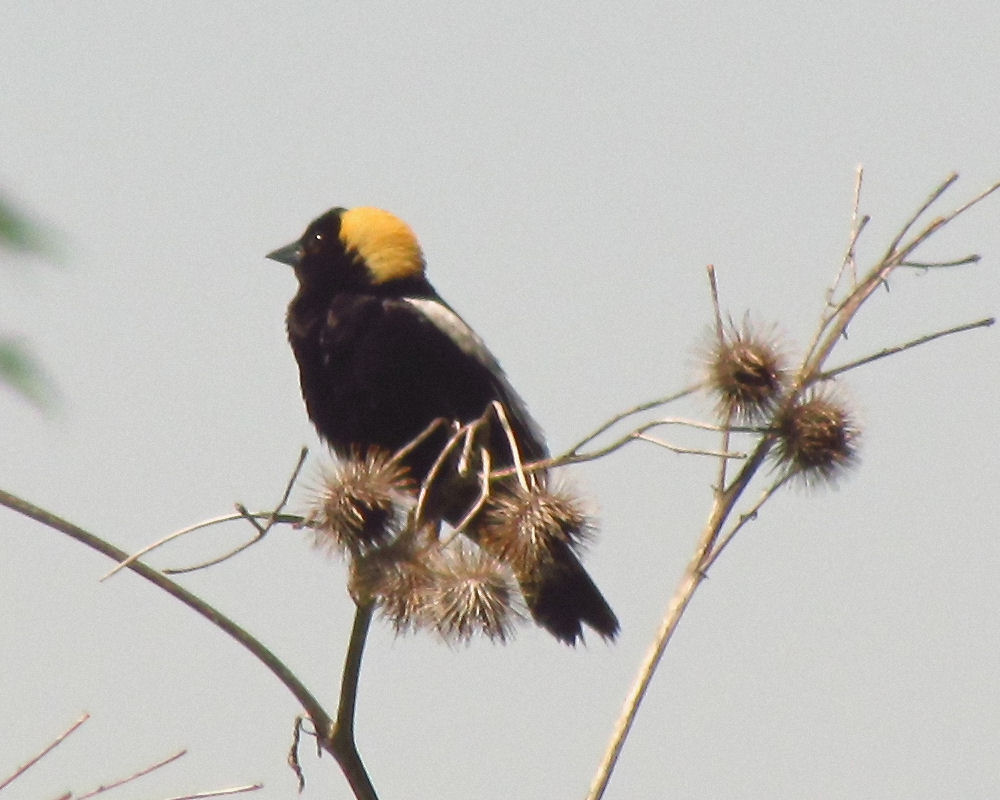 Ozamaland has creeping birds with scales and fangs. The peli-cans in Neill’s Scalawagons carry and dispense motor fluid.

The published excerpt from Eloise Jarvis McGraw’s unfinished Oz manuscript has the Flittermouse captured by a Russet Meagle, which is even larger than an eagle.

Also, Percy Vere has a poem about a banana bird with peel wings in Lost King, and Snif the Iffin uses the expression “glad as a gluckbird” in Jack Pumpkinhead, but I don’t know whether either of those are actual animals in the Ozian world.

1 Response to Birds of a Feather (and a Few Without)