I’m sure I don’t need to tell anyone else who’s played the Sims games that they’re incredibly addictive and time-consuming. I’ll generally set goals for when I’ll take a break or at least switch households, but then I often find myself finding something else to do that I expect will be quick, then it turns out not to be. There’s always something else to do, but no defined end point. <a href=I wrote about The Sims 4 specifically some years ago, but I had some additional thoughts, particularly on elements added by the expansion packs. Every Sims game has had expansions, adding new gameplay options, locations, and items. Extra downloadable content is all the rage now, since it means the sellers can get a lot more money than if they just sell a finished game once, but this the only game series for which I’ve purchased them. And considering how much I play, I probably get my money’s worth. I notice they haven’t done a university expansion for Sims 4 yet, and I’m still hoping there will be a way to revert Sims to earlier stages of life. Maybe there already is, but the Potion of Life you can get as a reward for achieving goals will only return a Sim to the beginning of their current stage. I won’t use cheat codes, but I will take full advantage of options in normal gameplay that break the general rules. I’m sure I’m not the only one to realize that a good way to get some extra money is to create a new Sim and move them into an existing household. I also tend to like the supernatural stuff that they tend to add in with expansions, and I know some people really don’t like that at all. It varies, though; I enjoyed making fairy and witch characters in Sims 3, but I was never all that interested in the vampires. So, of course, Sims 4 has a vampire expansion, but any of those other fantasy types as of yet. There are also now separate game, expansion, and stuff packs, which fortunately are often sold in sets, because I want some of the new stuff but find it hard to justify getting a pack without nothing BUT that. I miss when you got all those things in a single expansion, but once a game company comes up with a way to make more money, I don’t think they’re likely to reverse that decision.

It’s been standard for the Sims series that your characters aren’t playable while at work, and while most of the jobs in Sims 4 are like that as well, but the Get to Work expansion introduces a few where you do get to play out a Sim’s work day: scientist, detective, and doctor. You don’t have to follow a Sim in these career paths to work, but it’s a way to work toward promotions. You’re given a list of tasks to do, as well as a major goal you need to meet to get promoted. You can interact with other Sims on the same career path, and all of the workplaces have some other stuff you can explore. The downside that I’ve found is that the tasks you’re assigned can be rather repetitive. This makes sense for the medical track, as your job is mostly diagnosing and treating patients. For the scientist career, though, part of it is inventing things, yet there seem to only be a few possible items to invent, and the game will tell you to invent the same ones over and over again. The second time you make something, it doesn’t really count as inventing anymore, does it? But hey, ray guns that you can use to freeze other Sims and transform objects are pretty cool. 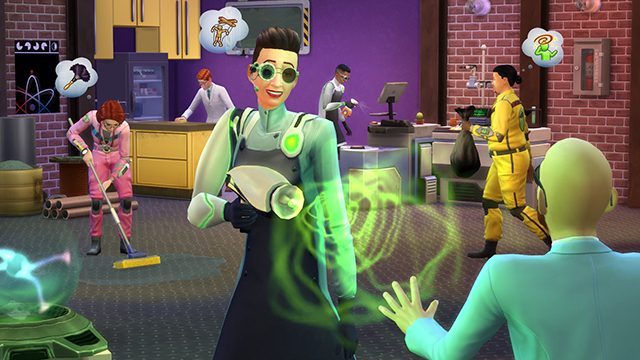 The detective career involves collecting evidence and crime sites and then analyzing it at the police station. 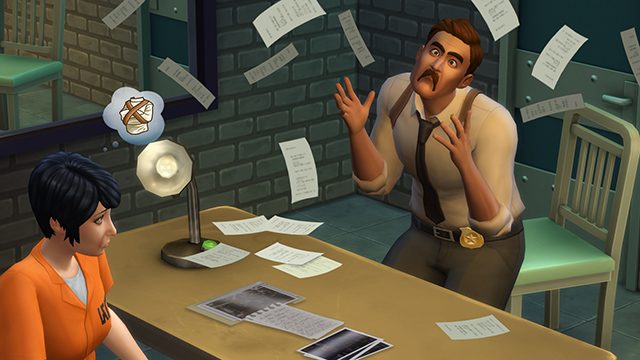 There isn’t much actual detective work for the player, as the clues seem to generate randomly, but you do have to find a culprit who fits all of them. There are also a few jobs that let you work from home. 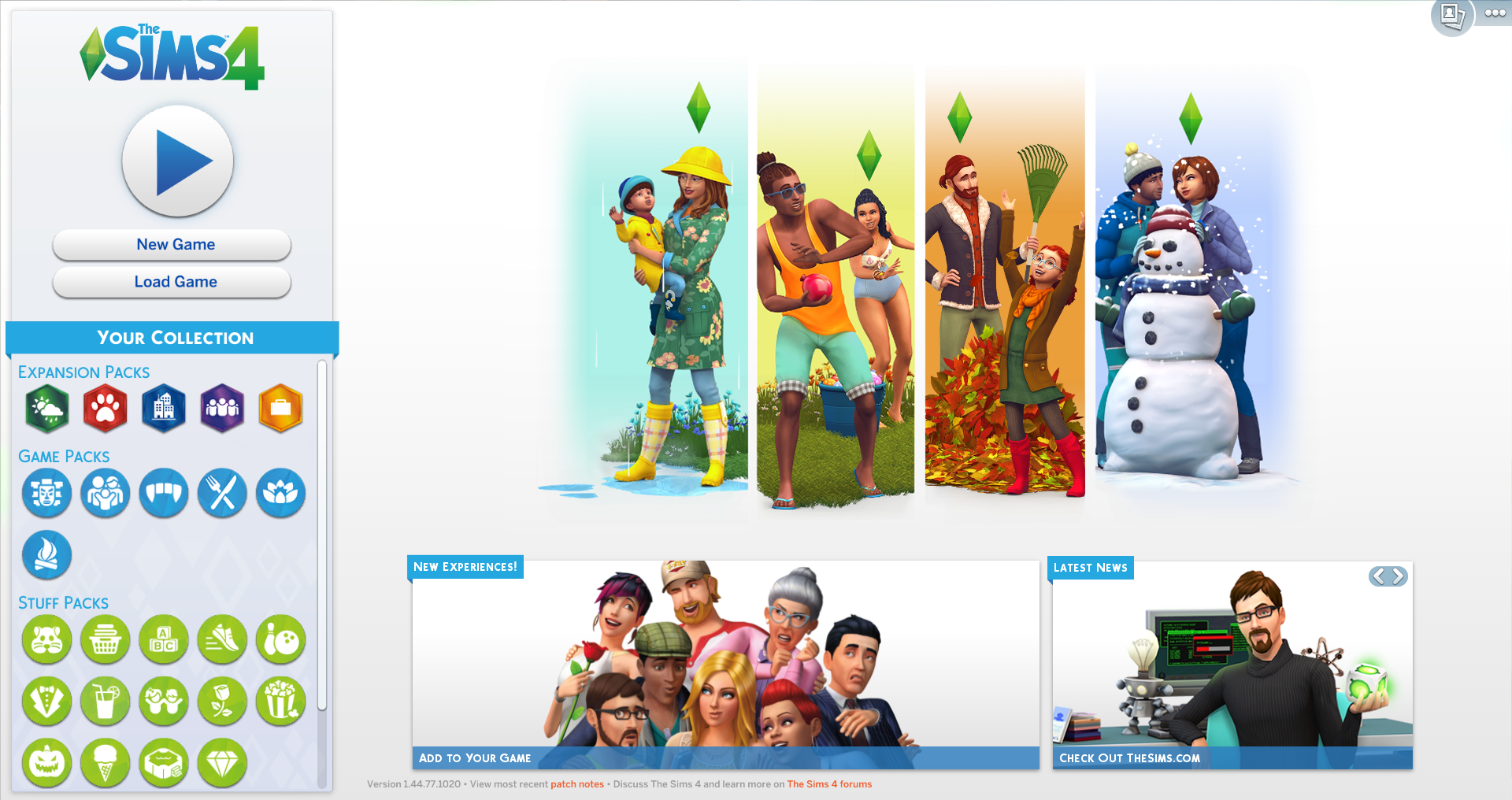 The Seasons expansion works much like it does in Sims 3, with the seasons operating on a calendar where each one only lasts a week. I get why this would be considering how much you can do in a single day, but it still feels off. Holidays that fall at certain times of the season are Love Day, Harvestfest, Winterfest, and New Year’s Eve. There are a few others that pop up from time to time, and you can create you own, although I haven’t. Each holiday has certain traditions for Sims to follow, and doing or not doing them will affect their moods accordingly. While Love Day and New Year’s Eve are pretty straightforward, the designers were rather more creative with the other two big ones. Harvestfest is mostly like Thanksgiving, but with elements of Halloween. During the day, gnomes will appear on the active lot, and you can give them things to appease them, after which they’ll leave packets of seeds. 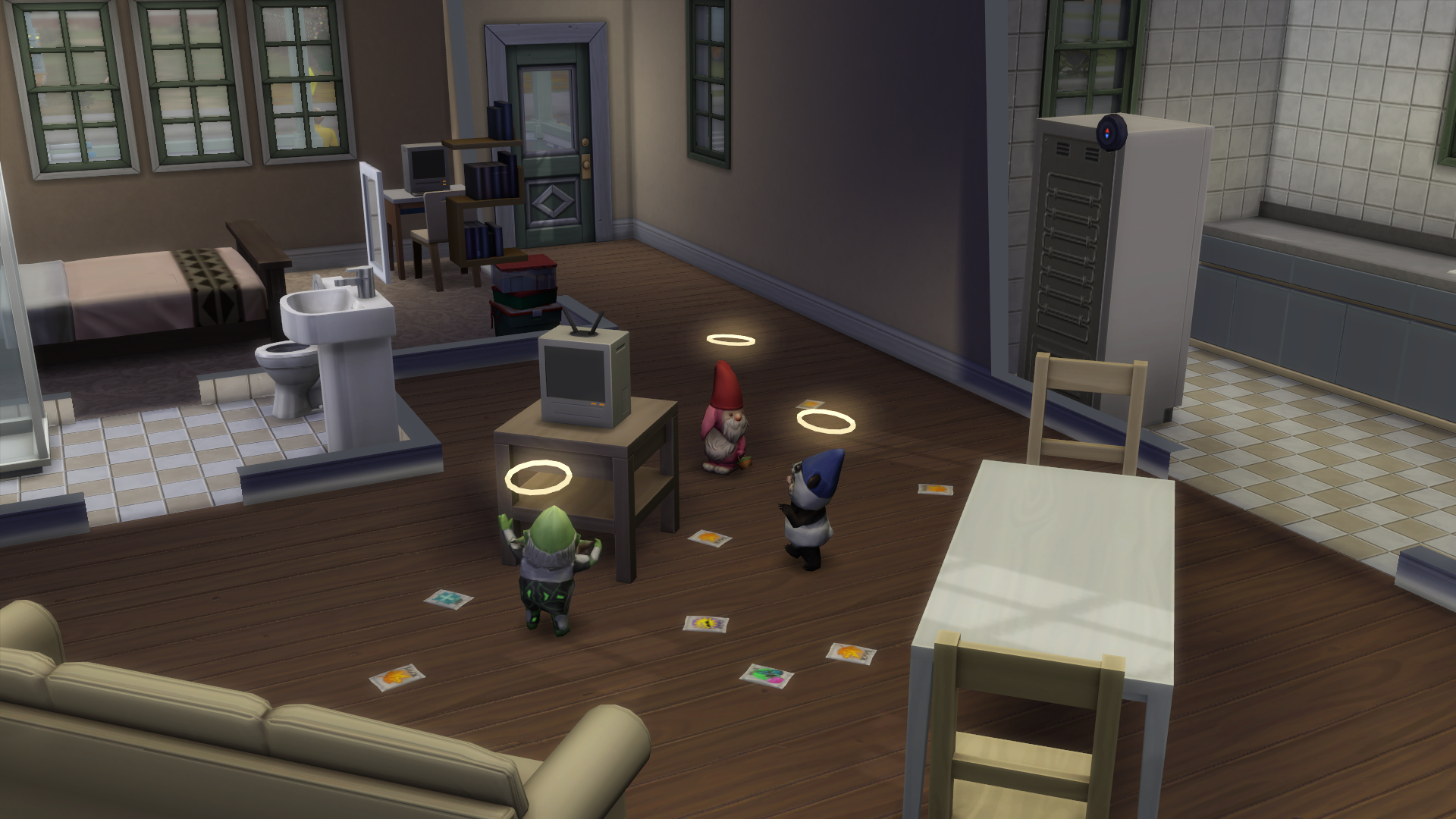 If you don’t, they’ll break things. 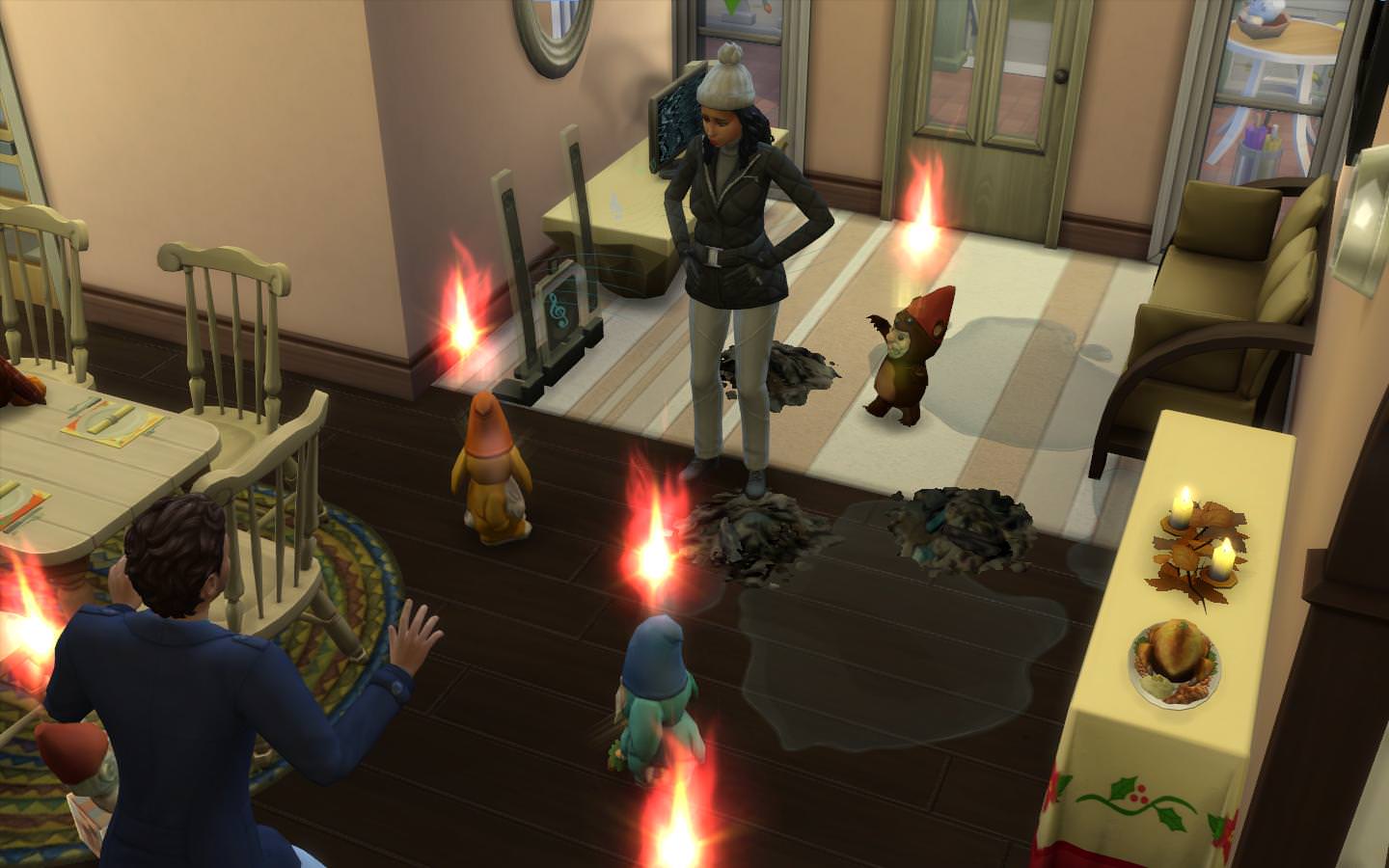 Since garden gnomes have been part of the series since the first installment, it’s cool that they get their own holiday, but it’s also kind of creepy. While Santa Claus has appeared in Sims games before, Sims 4 uses the somewhat more generic Father Winter. He wears blue instead of red, which makes him similar to the Russian Ded Moroz. He’ll show up on Winterfest nights near a fireplace, although I think he can come in even if you don’t have one on the active lot. You can ask him for presents or fight him to get them; I have never tried the latter, as it just seems wrong (unlike drowning Sims in the pool, which is no big deal; I have some weird standards for games). You can also interact with him like any non-playable Sim while he’s there, and it apparently is possible to get him to move in, but then there will be a new Father Winter.