Can Anybody Help Me Turn Off the Poisonousness? 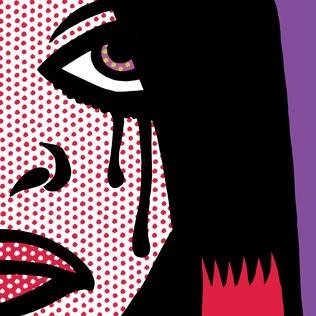 They Might Be Giants, The Escape Team – This is a weird sort of project based on a series of characters that the band developed with artist David Cowles. I remember seeing a few of the videos back on the old online Dial-A-Song, and enjoying them but not being quite sure what they were about. The Johns have credited the inspiration for the project as 1960s artist and hot rod designer Ed “Big Daddy” Roth, who drew goofy characters in hot rods, the most famous being Rat Fink.

They made up amusingly creepy characters with punny names, with Cowles making animated videos for each one, as well as a short comic telling their back story.

A radiation leak turned a disparate group of people (and a few animals) into deformed mutants, who are locked up in a military research facility, but manage to escape. All of the songs are pretty short, but there’s quite a bit of variety and creativity in how they sound. “Chip the CHiP,” about a highway patrolman with regenerating skin who eats people’s faces, has John Linnell singing in what I guess is a punk voice. “Burnice” is a Gothic waltz with prominent accordion, portraying the character as a femme fatale. “Dr. Sy Fly” has an appropriate science fiction keyboard part. There’s also a reference to the game Operation in the lyrics. I have to wonder if “Dunkin Of Course Of Course,” a song about a mutant fish who loves basketball but is terrible at all, was inspired by the band’s work for Dunkin’ Donuts. I don’t just mean the name (although it’s mostly that), but that the style seems similar to the one they used in some of the commercial jingles. In “John Postal,” John Flansburgh switches between low and high vocals, going for a lounge thing with the high parts. “Corrupted Lyle” has more of a sad, forlorn sound. “The Poisonousness” is about the character Hand Witch, with the lead vocal by Robin Goldwasser. It’s also the only one without a video by Cowles. And the character of Hair Ned didn’t get a song at all, although the Johns say he will eventually.

I still have a few other albums to listen to more thoroughly, including the new Amanda Palmer and Jenny Lewis, as well as some of She Makes War’s back catalog. Hopefully I’ll be able to write some more reviews in the near future.