I’ll Stop the World and Melmoth with You

While some books are easy for me to write about after finishing, there are others I finish and find mostly forgettable, and it seems that I’ve recently mostly been reading the latter. Still, I thought I’d address a few of them at least briefly. 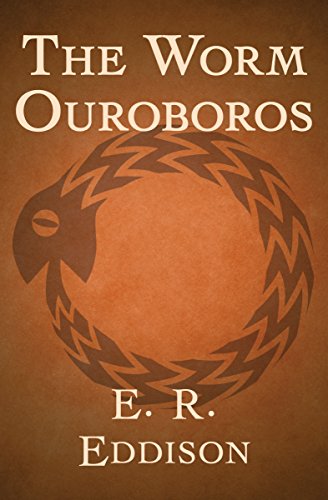 The Worm Ouroboros, by E.R. Eddison – Honestly, while including some interesting and imaginative concepts, I had a hard time keeping track of the plot and characters. This is probably partially due to Eddison’s insistence on using archaic language, but I’ve read other stuff written in the same manner that was easier to follow. It involves a war on the planet Mercury between the kingdoms of Demonland and Witchland. Names like those are pretty common throughout the book; I’ve seen it suggested that these were names Eddison came up with when he first started devising the story as a kid, and refused to change them. If so, I have something in common with him.

The King of Elfland’s Daughter, by Lord Dunsany – This one might have been a suggestion when I started reading the Eddison book, or vice versa. It’s the same sort of thing in that it’s a fantasy story that focuses more on ornate language than on plot or characterization. There’s a poetic style to it that I liked, including the constant repetition of the phrase “beyond the fields we know,” and the focus on the difference between Elfland, where time runs slowly, and the mortal world. There’s also a lot about hunting.

Melmoth the Wanderer, by Charles Robert Maturin – A Gothic horror novel written by an Irish Protestant clergyman, it deals with a Faustian pact and is presented in a series of stories within stories. The student John Melmoth learns about a still-living ancestor of his who made a bargain with the Devil that extended his life by 150 years and gave him supernatural powers, but he’s doomed to end up in Hell if he can’t convince someone else to take his place. John reads a manuscript concerning his mysterious ancestor, then hears another story involving him by the survivor of a shipwreck, a Spanish man forced by his parents to become a monk, then forbidden to leave despite not having taken his vows willingly. There’s a lot of anti-Catholic sentiment at work here. The monk not only encounters Melmoth, but also reads another two texts involving him, one of which has the Wanderer himself telling of another experience of his. Maturin plays on how the texts aren’t always reliable, occasionally mentioning cases where they’re illegible or inaccurate. He’s not great at distinguishing the different sources, using the same narrative voice throughout, but it’s a clever storytelling device. The story also include a lot of quotations, largely from the Bible, Shakespeare, and Cervantes, and the edition I read explained the allusions in endnotes. It seems to me that, despite Melmoth’s powers, he’s not very good at the manipulation and temptation thing, and never seems to be able to decide whether to be scary, helpful, or seductive. He torments the monk Alonzo Moncada, then helps him escape the Spanish Inquisition by setting the city on fire. His attempt to corrupt the innocent castaway Immalee only makes her fall in love with him, and he develops feelings for her as well while still being intent on tempting her into selling her soul. I feel I should also mention that Maturin was Oscar Wilde’s great-uncle, and Wilde once used the name Sebastian Melmoth as an alias. 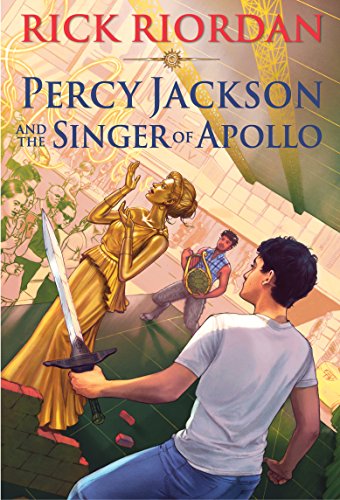 Percy Jackson and the Singer of Apollo, by Rick Riordan – While I generally keep up with Riordan’s mythology-themed novels (and more recently with books by other authors on his Rick Riordan Presents label), I sometimes miss the short stories set in the same universe. This one was originally released in 2013, and is set before The Lost Hero; but was only released as a stand-alone this year. Percy is celebrating Grover Underwood’s birthday when he’s tasked by Apollo with finding a runaway Celedon, a sort of singing automaton made for him by Hephaestus. The demigod and the satyr find themselves trying to capture the Celedon in Times Square. It’s very much in the spirit of the other Percy stories, funny and dealing with some more obscure aspects of classical mythology.