Dragons Is the Craziest Peoples

It seems like dragons becoming human or humans becoming dragons is a pretty common theme. I guess it makes sense for a person who turns into animals to become a dragon, as they’re big, powerful, and often intelligent as well. When people turn into dragons, it’s often as punishment or a symbol of greed, like with the Norse Fafnir or Eustace in The Voyage of the Dawn Treader. What I’m a little more interested in here are individuals who are both humans AND dragons. This was a part of some mythology and folklore. The Russian zmey were dragons that often had multiple heads, but also took human form and sometimes had relationships with people. One such dragon is the recurring Zmey Goryvych (his last name means “son of the mountains”), who is described as a three-headed green creature who walks on his hind legs and breathes fire. 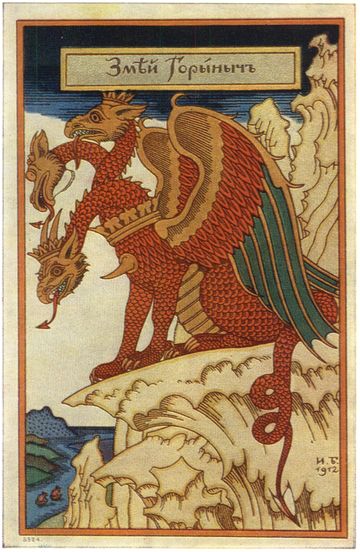 Picture by Ivan Bilibin
Another, Zmey Tugarin, is described as having a basically human form and riding a horse, but also having wings (or sometimes it’s the horse that has those) and the appetite of a dragon. 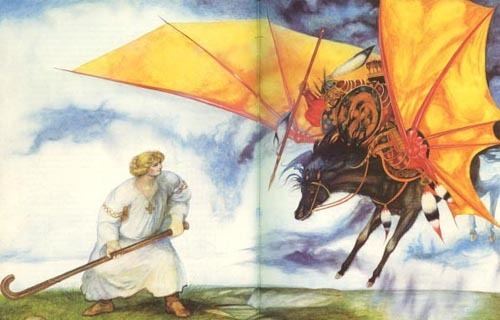 Greek mythology has the Ophigenees, a tribe said to be descended from a maiden named Halia who was raped by the dragon Ophiogeneikos when she visited the sacred grove he guarded. Living in the Parium region on the Hellespont River, they are immune to snake venom and can cure others of its effects, but I don’t know of any indication that they can turn into dragons or snakes. Ursula K. LeGuin’s Earthsea has dragons who take human form. 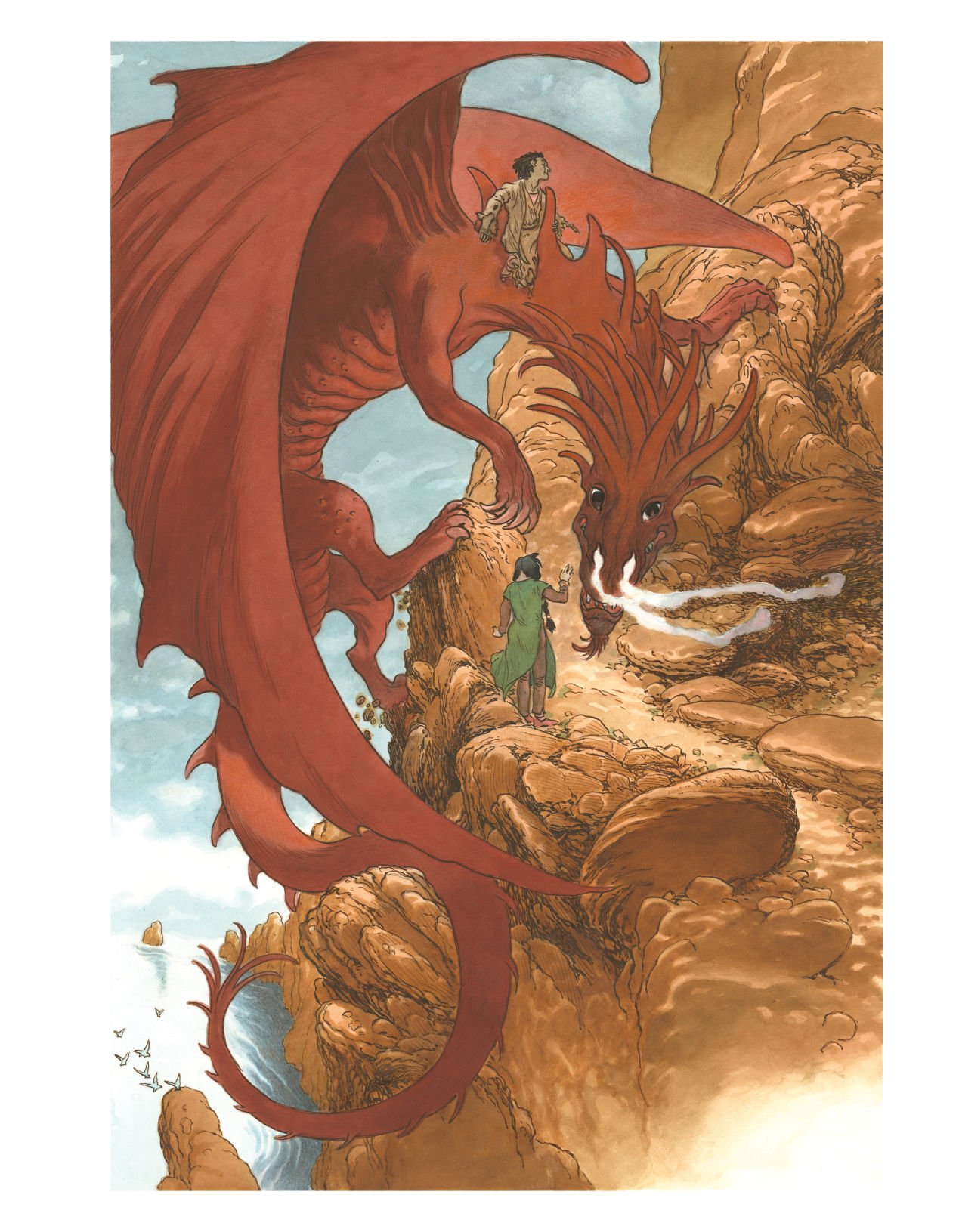 Picture by Charles Vess
And Seanan McGuire’s InCryptid series reveals that the reason dragons tend to keep seemingly human maidens is that female dragons are humanoid in form. Some dragons in human form, or beings who are more human but can take dragon form, still retain a dragon-like appearance. Such was the case with Maleficent in Disney’s Sleeping Beauty, a fairy who wore horns and used fire-based powers even before taking actual dragon form towards the end. 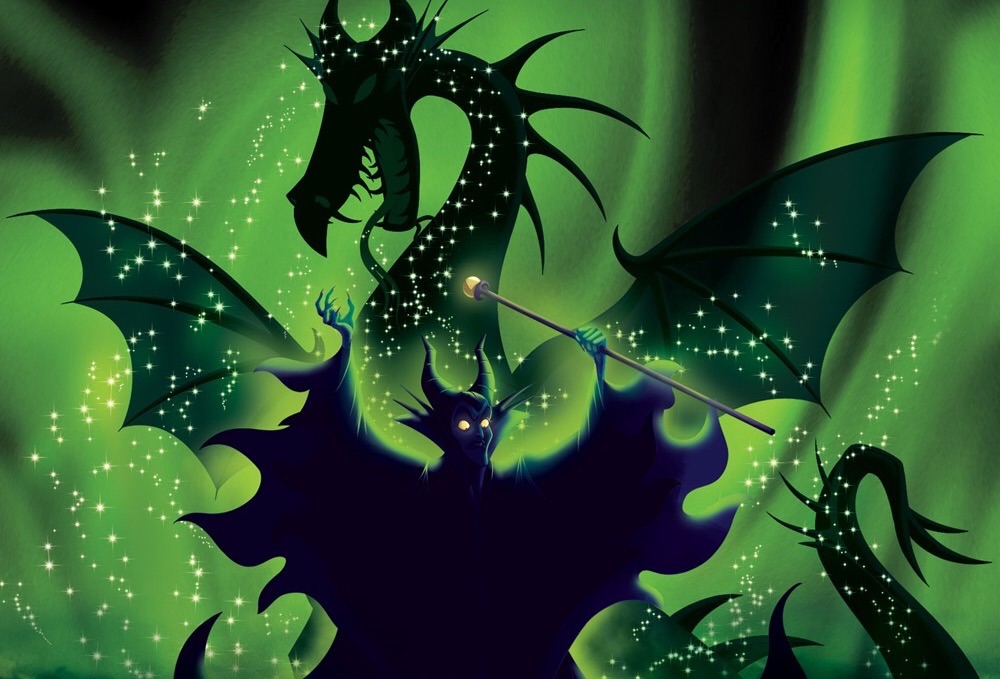 Jafar in Aladdin was drawn to resemble Maleficent, and he turned into a snake. 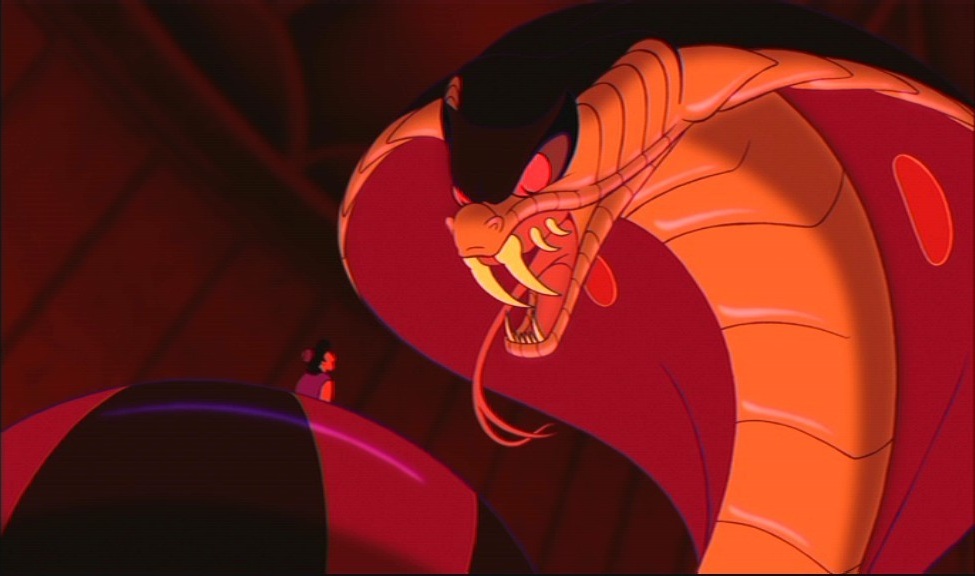 Since East Asian mythology has tales of dragons who are also people, as well as human descended from dragons, it’s not surprising that this comes into play in fantasy-based Japanese video games. The Dragonlord in the first Dragon Quest comes to mind, as he’s seemingly human but “reveal[s] his true self” as a dragon after you’ve beaten his first form.

The thing is, I’ve heard this wasn’t actually part of the original Japanese text and was added in English translation; the dragon was originally supposed to be the Dragonlord’s pet. The two being the same became canon for later Japanese versions, however. He has kind of a dragon-like form even while human, with bluish skin and hair styled into horns.

There’s a definite resemblance to Maleficent, really. Other villains in the series also have both humanoid and draconoid forms, although it’s not always clear whether these are natural forms or just disguises. The Zenith Dragon takes the human form of Dr. Agon in DQ5, and is somehow trapped in a mine cart for twenty years while his power to turn back into a dragon is sealed in an orb. While he gets them back in the course of the game, he comes to prefer his human form, at least temporarily. 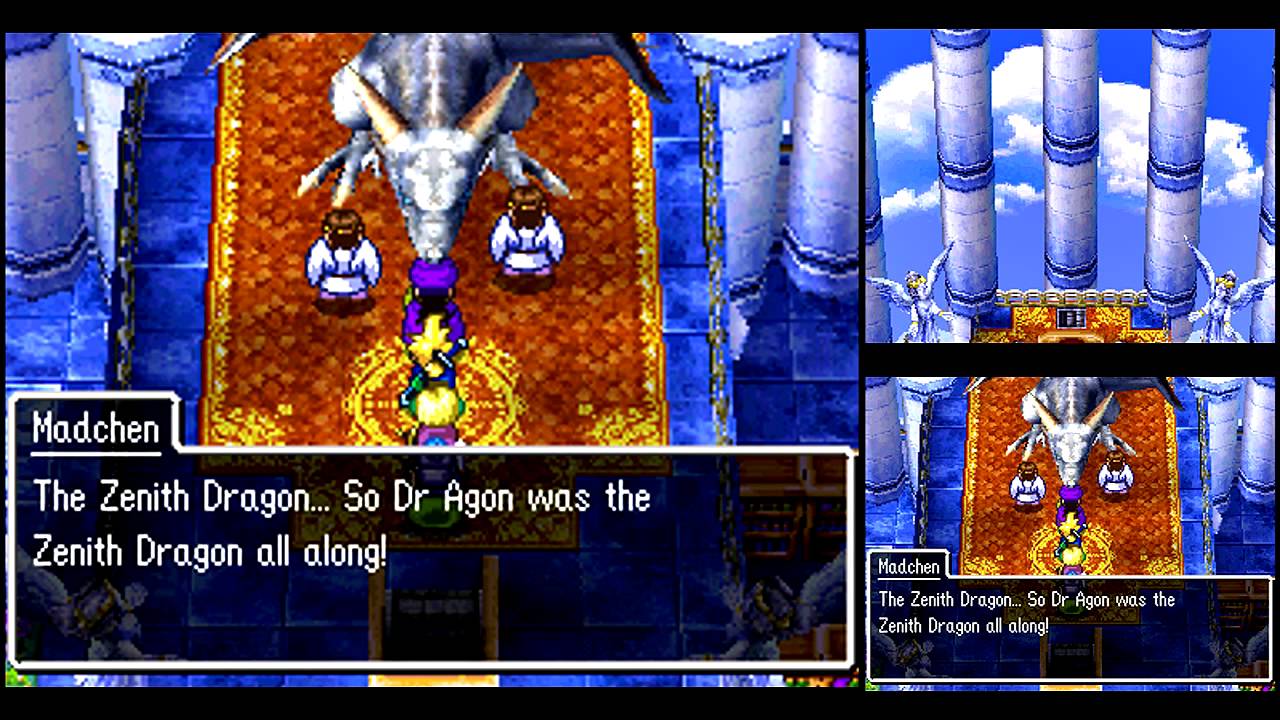 In DQ8, the hero is actually part dragon, although it doesn’t come into play at all in the main game, and I haven’t yet gotten into the post-game. It took me a lot of tries to beat Rhapthorne, okay? But from what I’ve read, he’s Dragovian on his mother’s side, which presumably means he was descended from both dragons and humans. The Lord of the Dragovians prefers to remain in dragon form due to his hatred of humans, but this makes him rather crazy and power-hungry. It’s often the case that it takes too much power for dragon-people to remain in dragon form for too long, although I’m sure that’s mainly a plot convenience. 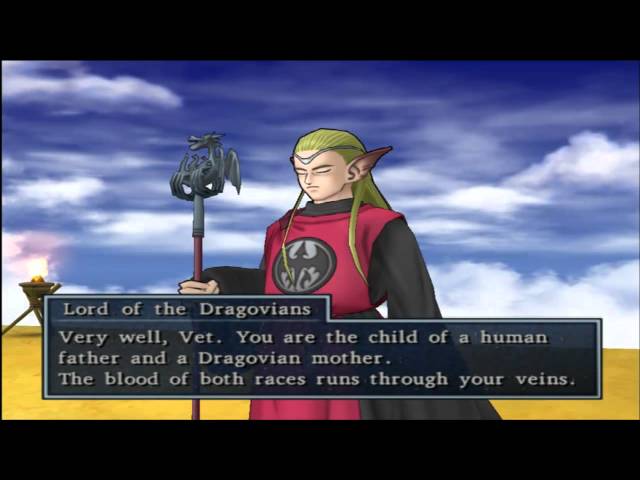 The Breath of Fire series is one I’m only somewhat familiar with. I really only know the first two games, and even then it was mostly by watching my brother play them. But I know the idea of people who are also dragons is central to these games. In most of them, the hero is named Ryu, which is Japanese for “dragon.” It’s also the name of the Dragonlord’s grandson in DQ2, apparently, because dragon-people apparently aren’t that original with names. There’s also Ryu in Street Fighter and Ryu Hayabusa in Ninja Gaiden, although I don’t think either of them are literally dragons. I’m pretty sure I’m not alone in initially pronouncing the name like “rye-you,” but I think it’s really one syllable. 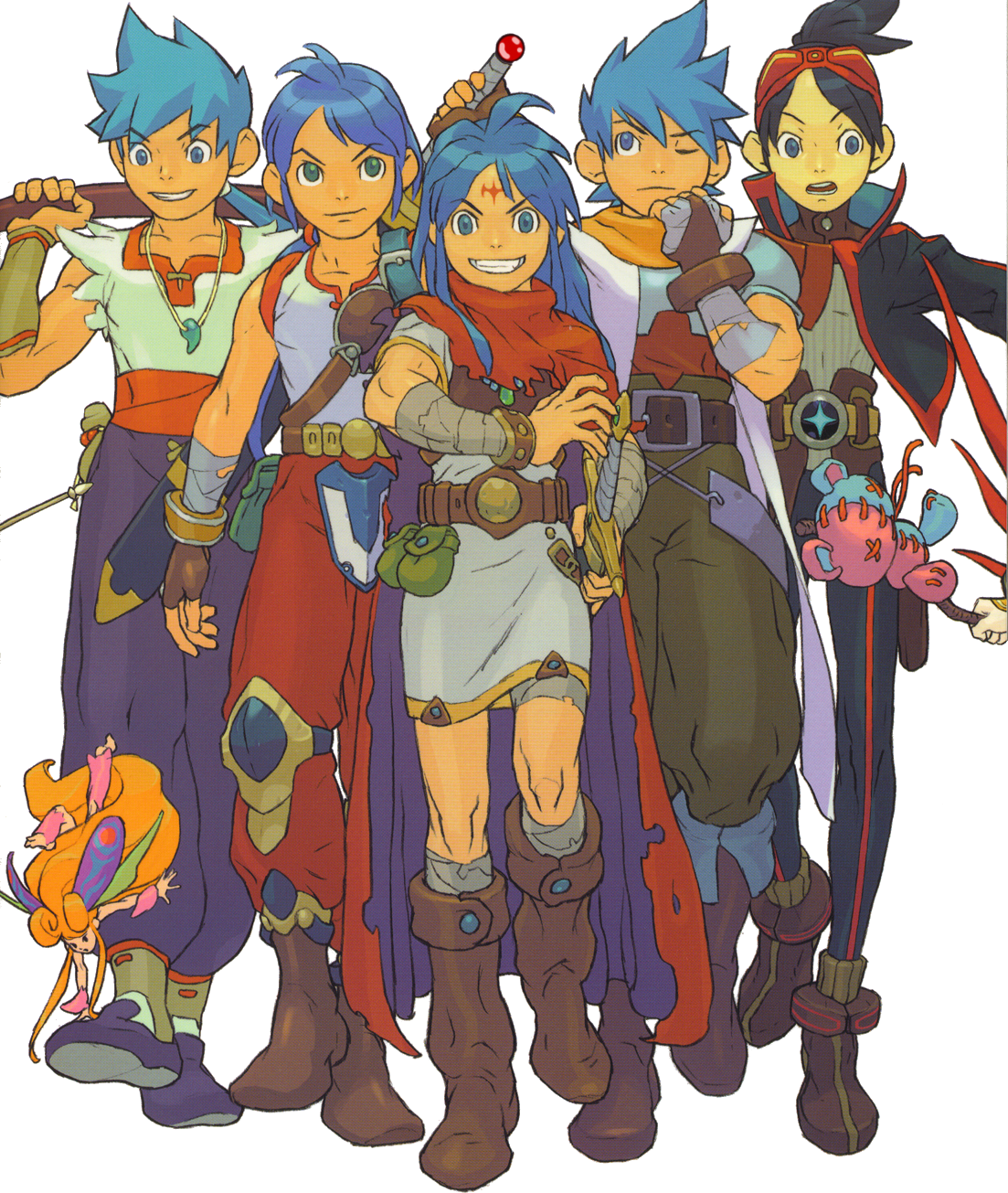 Anyway, the Ryus in the BoF games are different characters, but they have many traits in common, and are all part of the Dragon Clan (except for the one in Dragon Quarter, apparently, but I don’t know anything about that). The Clan divided into Light and Dark factions, and Ryu is part of the Light Dragons in the city of Dragnier (called Drogen in the original English translation). I don’t know how closely related any of them are, but since centuries pass between the games, probably not all that much. When the Dark Dragons attack the town and kidnap his sister Sara, he sets out to save her, gaining the power to transform into various sorts of dragons along the way. 500 years later, in BoF2, the Dragon Clan and their city have gone underground, and Valerie is the only one to be seen on the surface in a long time. While there in human form, she falls in love with a priest, Father Ganer Bateson, and Ryu is one of their two children. She comes to take dragon form to guard the gate in the town (also called Gate) to keep demons from escaping. 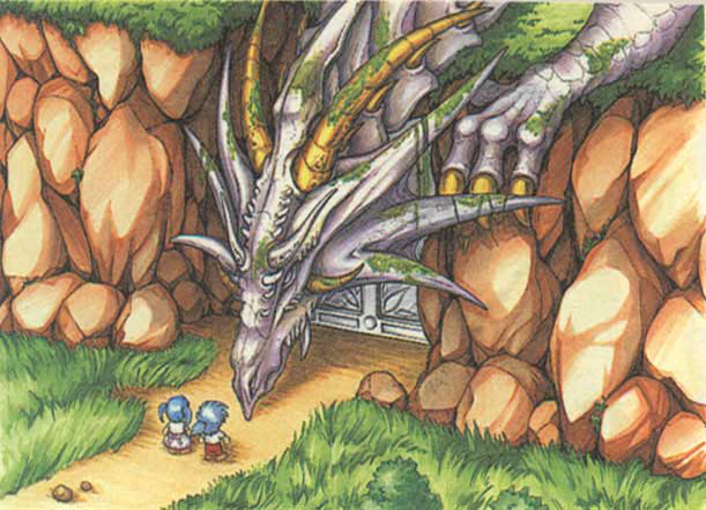 Ryu doesn’t know of his dragon parentage for a while, but he eventually learns how to take dragon forms. 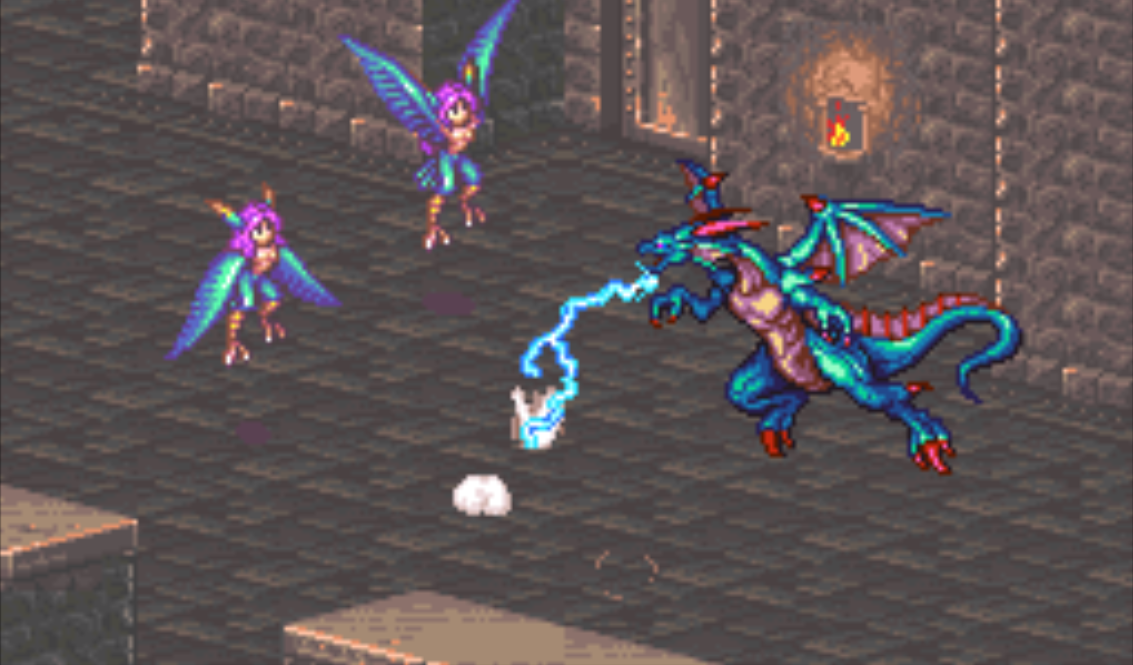 I understand that, by the time of BoF3, much of the Dragon Clan has been killed by the machinations of the goddess Myria, who has convinced her followers that they’re dangerous and should be destroyed. They’re now living in a place only accessible by way of a magic portal. 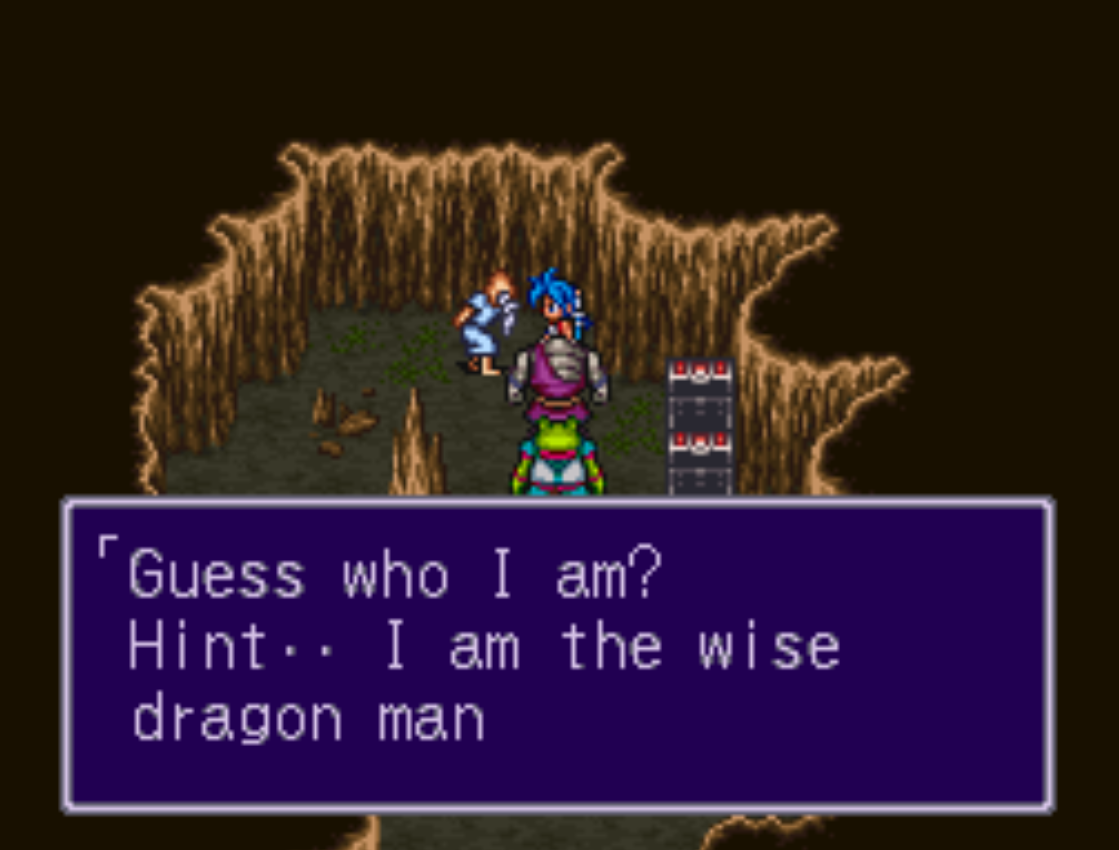 6 Responses to Dragons Is the Craziest Peoples