A Day or a Lifetime

I haven’t really watched a whole lot of movies at home recently. We still have the Netflix subscription with both the DVDs through the mail and streaming services. It seems like a lot of people now just have the latter, but there are a lot of things we’re interested in seeing that aren’t available streaming. The problem is that we sometimes put off watching the discs, which means we’re not getting our money’s worth. We still have Coco to watch, and I’m not even sure how much longer Netflix will have any Disney films, since Disney has its own subscription service now. (That’s obviously not going to affect the copy of Coco they already sent us, unless Tinker Bell shows up and magics it away before we can watch it.) Anyway, we saw a movie about a month ago that I wanted to write about, but thought might be better to combine with another review. So I’m doing that now, but it’s been a while since I saw the first movie, so it isn’t really fresh in my mind. Anyway, we begin with: 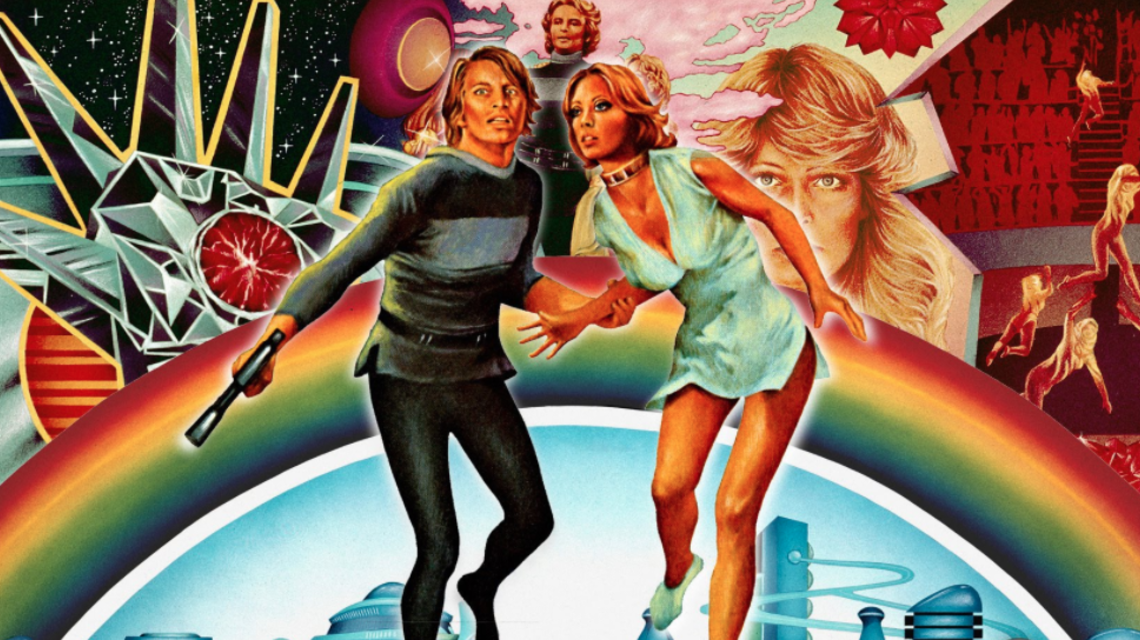 Logan’s Run – I always tend to mentally confuse this with Blade Runner, another movie I didn’t see until my adult years despite its existing in my childhood. The thing is, I can’t remember much of anything about Blade Runner. Logan’s Run was incredibly campy and didn’t always make a lot of sense, but it held my interest better. It takes place in a future where humans live in a city where most of them don’t have to do much of anything, as a computer takes place of pretty much all necessities, so people can devote their lives to hedonism. The catch is that they’re all euthanized once they reach the age of thirty, with crystals implanted in their arms revealing how old they currently are, although propaganda maintains that they’ll be reborn in the ritual that kills them. Logan has a job hunting down and killing those who refuse to participate. The computer sends him on a mission to find what happens to the people who manage to escape, hoping to find sanctuary. It also advances his crystal a few years and reveals to him that nobody is ever actually reborn. Since his fervent belief in rebirth is why he has no moral qualms about his job, so I have no idea why the computer would say this. Logan goes on the run with a woman named Jessica, finding that a robot has frozen all the previous escapees. They get away from him and make their way to a conveniently close Washington, DC that’s apparently abandoned aside from Peter Ustinov, who lives in the Capitol Building with a bunch of cats. Logan and Jessica return to the city, where the computer probes Logan’s mind, but refuses to accept the truth and breaks down. I kind of think the plot would work better if we knew WHY the computer was working against its own interests, but maybe people didn’t think about that in the seventies. Except 2001 was older, and it DID explain why HAL went crazy, at least in the book. Anyway, the people all leave the city, and we don’t know what happens next, as I don’t know that any of them are capable of food production. 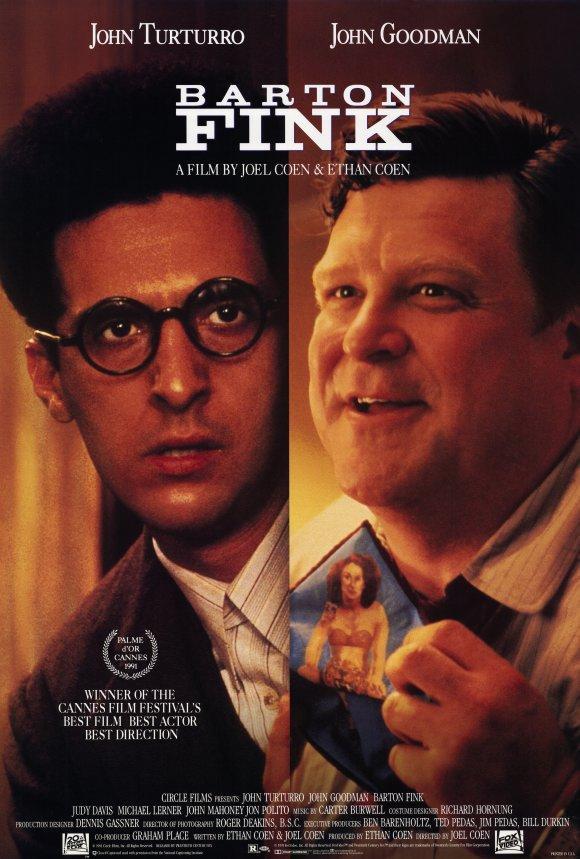 Barton Fink – We watched this one last night. It was good, although I can’t say I really understood it. I don’t know that anyone did, though. The titular character is a New York City playwright who takes an offer to be a screenwriter in Hollywood. Fink, played by John Turturro, is not an entirely likable character, as you might expect from his surname, being quite arrogant and condescending. On the other hand, we can sympathize with his situation to a degree. He’s tasked with writing the script for a wrestling movie, something he knows nothing about. And he’s put up in a run-down hotel where he’s constantly distracted by the noise going on around him. He befriends the guy staying next door, played by John Goodman, who claims to be an insurance salesman. He tries to get help from another writer, but since he’s become an alcoholic, his secretary and lover shows up instead. Barton has sex with her, but she’s murdered while he sleeps. He learns from two police detectives that Goodman’s character is a serial killer. He shows him and kills the cops while the building is on fire, and Barton leaves with just his now-finished script and a box Goodman gave him to watch. The producer hates the script and tells Barton that he’ll remain under contract, but the studio won’t produce anything he writes. It ends with Fink on a beach with a woman who was in a picture in his hotel room, carrying the box but never opening it. We’re led to believe that there might be a human head inside, but it remains a mystery. The Coen Brothers have never explained the film as a whole, but have admitted to some of their influences. Even in the parts that were less openly fantastic and horrific, we’re still presented with Hollywood as a place that doesn’t make sense, where the studio head praises Fink without having read a word he wrote, then totally berates him when he doesn’t like the finished script. And Fink himself is self-absorbed, so we could just be seeing things from his skewed perspective. That said, I’m not totally sure the mystery box worked, because aren’t we already led to expect the worst? I will say that Turturro is successful at disappearing into a role. Beth and I had recently been talking about Jewish actors playing Italian characters, and with Turturro in this and Quiz Show, it’s basically the opposite. Goodman played much the same character he usually does in the Coens’ films, a working-class guy who never shuts up and has some violent tendencies. Steve Buscemi has a supporting role as the hotel desk clerk, and Beth and I were both reminded of Pee-Wee Herman as a desk clerk in the movie-within-a-movie at the end of Pee-Wee’s Big Adventure.