I finished Glory of Heracles for the DS this past weekend. I’ve written about the game before, but there are a lot of revelations toward the end. The last boss is Typhon, who isn’t really that hard, although he’s annoying because of his four undead arms. 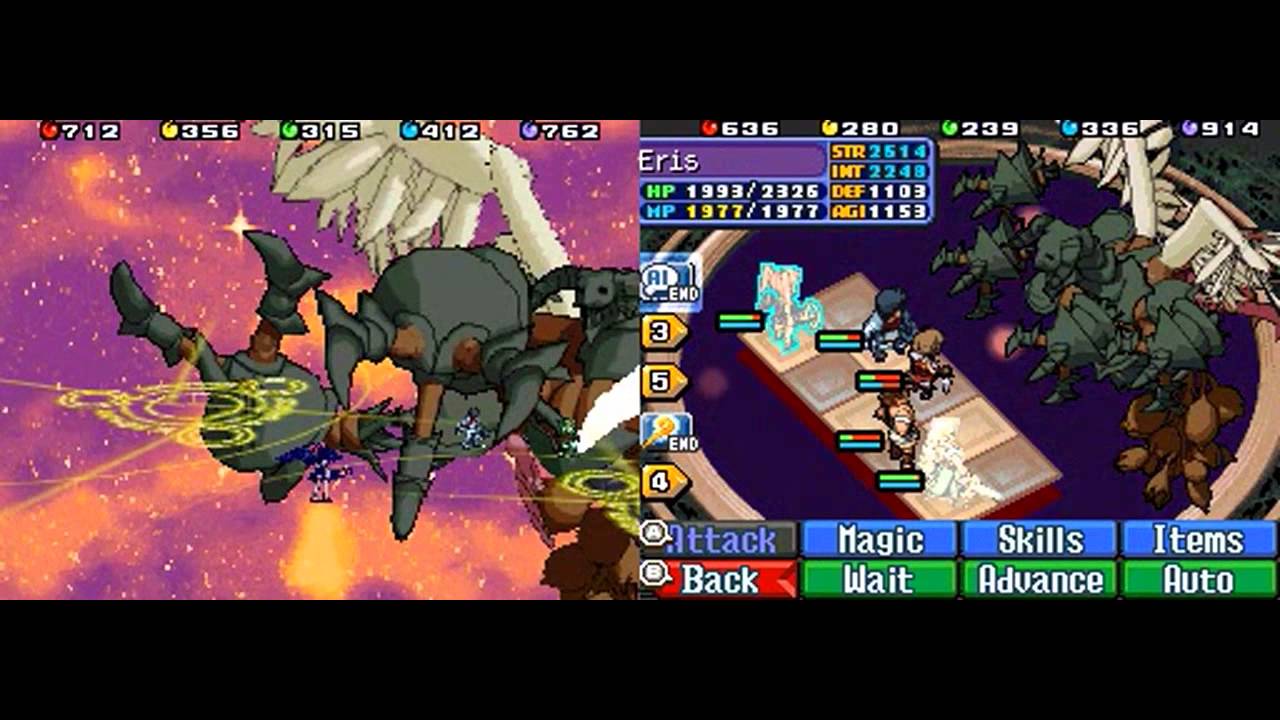 The undead mechanic is something I don’t think I’ve seen in any other games. Usually, when you defeat a monster, its body disappears at the end of the round. If the enemy is undead, though, it will come back to life, although fortunately with only a fraction of its original hit points. The two ways to get rid of an undead enemy are to either defeat all the monsters on screen by the end of a round or to overkill one of them, which means continuing to hit it after it’s defeated. The person who does the overkill will get a certain amount of magic power restored. Typhon’s arms have enough hit points that they’re likely to come back for several rounds before you can overkill them.

The game starts without giving you much clue what’s going on, and the heroes have all lost substantial amounts of memory. I suppose starting in media res makes sense for something based on ancient Greece. The plot was largely set in motion when Daedalus invented machines to harness magic and split souls, his main goal being to bring his son Icarus back to life. When he tries to use the soul of Heracles to do so, it brings a marionette to life (well, maybe; the ending makes this ambiguous), revives Heracles’ brother Iphicles who then thinks HE’S Heracles, and turns Daedalus himself into a duplicate of Heracles. As the TV Tropes page points out, this adds an extra level to the joke of someone suggesting the name Pit for the protagonist, as he’s a basically a clone of Icarus. People began using the machines to create armies of the undead, and the pre-Olympian gods wanted to use them to get revenge on Zeus by bringing back Typhon. When you finally find the actual Heracles, who is living by himself in shame, he takes the place of Iphicles in your party. It’s sort of like when Krile gets her dying grandfather Galuf’s stats in Final Fantasy V, although the real Heracles is even stronger than his brother. Leucos, whose adoptive father told her to live as a boy but she wasn’t that good at it, turns out to be the Princess of Athens. Axios is one of three individuals into which the Titan Oceanus was split. 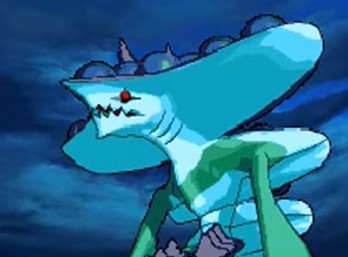 And Eris, who has the form of a kid when you meet her, is Prometheus‘ wife. I’m not sure whether she’s supposed to be the goddess Eris, although she presumably could be. It looks like Prometheus’ spouse was often named Hesione, and I don’t know of any source that makes Eris his wife. Eris presumably is a pre-Olympian goddess, being the daughter of Nyx, although she’s also been identified as Ares‘ sister and hence Zeus and Hera‘s daughter. The game character’s natural form is basically that of a Fury, who were called Erinyes in Greek, quite likely from the same root as Eris’ name. Of course, RPG characters going by aliases and having hidden pasts is nothing new. Four of the playable characters in Chrono Trigger (Marle, Frog, Robo, and Magus) are going by assumed names. Anyway, I did find it odd that the Olympian gods mostly only show up as statues or in cut scenes, which makes it all the stranger that Hephaestus shows up in person right near the end to give you some weapon upgrades.

I’m kind of curious about the later locations you visit in the game. Most of the earlier ones are at least loosely based on real places in ancient Greece and the surrounding area, but after your journey through the Caucasus, you come to Massalia, Lenz, and Trantia. Massalia is an old name for Marseille in France, and apparently Heracles did visit there while bringing the cattle of Geryon back from Spain to Greece, so maybe that’s why it shows up. And Lenz is a place in Switzerland, but I still don’t know what Trantia is supposed to be. I don’t think you ever see the entire in-game map at once.