The Gang’s All Here 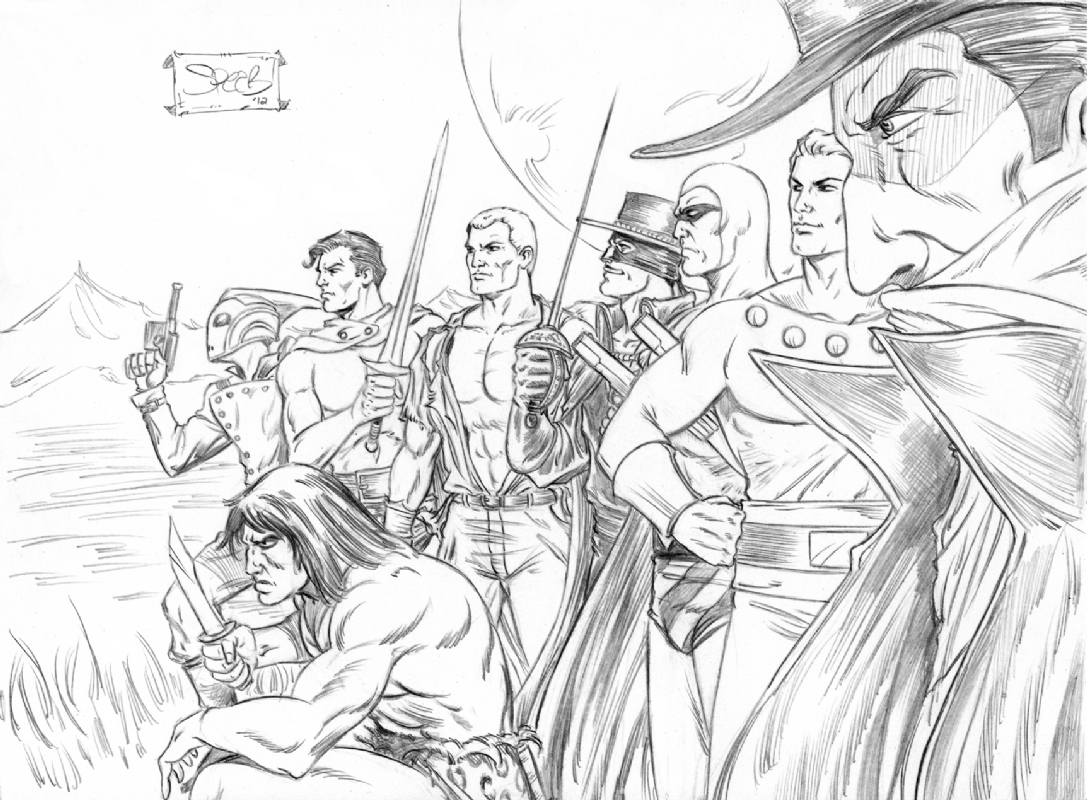 Picture by Mark Spears
I noticed on Joe Bongiorno’s Royal Timeline of Oz that he’s added several fictional works not directly related to Oz or L. Frank Baum, crediting some of them to Win Scott Eckert’s Wold Newton Universe chronology. I don’t think I’d heard of that before, but it’s sort of a vast crossover world, mostly of pulp heroes but with some other stuff thrown in, started by Philip Jose Farmer. Farmer actually wrote an Oz book, A Barnstormer in Oz, which I know it doesn’t fit in at all with the Oz series as a whole, just the first book, and even that is treated as only partially true. I haven’t read it, or anything by Farmer, but I’m intrigued by the idea. His two books that started the concept are his biographies of Edgar Rice Burroughs’ Tarzan and the adventurer Doc Savage, created by Henry W. Walston and John L. Nanovic, with Lester Dent as the primary writer. Both of these not only treated their subjects as real people, but also tied in other fictional characters. The name derives from a village in Yorkshire, England where a meteorite landed in 1795. Farmer proposed that this meteorite had radioactive properties that granted extraordinary abilities to nearby people, which were passed on to their descendants. As such, most pulp heroes are related, descended from this small group.

Eckert and others have added other fictional worlds to the universe, some of them taking place ages before the meteor strike. Since Farmer had included some elements of H.P. Lovecraft and Robert E. Howard’s work in his own, the Cthulhu mythos and Conan the Barbarian‘s Hyborian Age have been tied in. Since the Conan stories take place around 10,000 BC and involve sorcery, they’re kind of an odd fit, but I think it’s been proposed that he could be related to the Wold Newton family through time travel.

Eckert includes a few comic book superheroes, but mostly avoids them due to how many supernatural elements their stories tend to have. Besides, if you’re trying to work in DC or Marvel characters, there’s a lot of continuity to take into consideration, and multiple other crossovers as well. I mean, I read a Marvel comic with both Thor and Dracula in it.

The Marvel Universe incorporates the Conan stories, but that doesn’t mean the reverse has to be true. 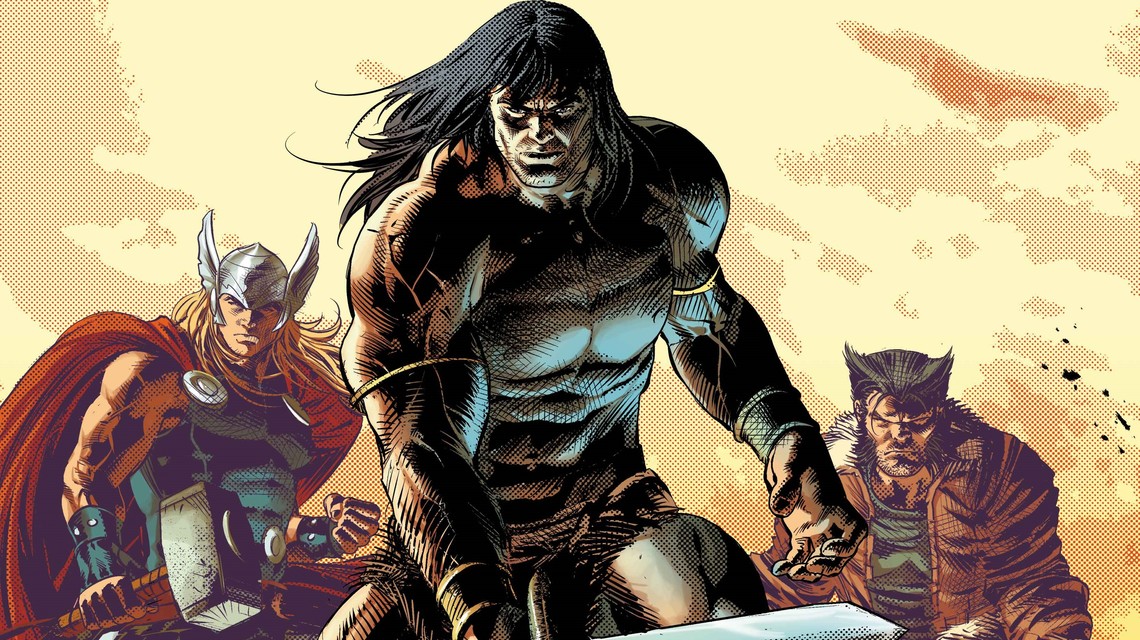 I suppose anyone who puts the effort into analyzing the inner workings of fiction is also likely to come up with a lot that doesn’t work. I’m fascinated with the idea of mythical history, like the chronologies of Greek mythology I wrote about here. Of course, there are many different versions of the myths, so there’s obviously going to be some picking and choosing involved. And there are some pretty clear anachronisms, like Aeneas visiting Carthage right after the Trojan War. Maybe that also involved time travel. I still have ideas for a tale that includes elements of classical mythology, fairy lore, and some of my favorite fantasy works (obviously including Oz), but I haven’t gotten around to actually writing any of it.

Sherlock Holmes is a pivotal character in the Wold Newton universe, and from what I’ve heard, he was one of the first fictional characters for whom there was a concerted effort by fans to work out how his adventures fit together. I think it might be the first time the term “canon” was applied to fictional works. He’s also the reason Star Trek is included in the universe, as, in the sixth Trek movie, Spock attributes a Holmes quote to “an ancestor of mine.”

I suppose that could also mean he’s descended from Sir Arthur Conan Doyle rather than the detective himself, though. In some ways, it might actually be easier to present less realistic stories as true. For instance, since the Land of Oz is hidden, it makes sense that true stories about it would be regarded as fiction in the civilized world. Much the same applies to fiction set in the distant past, although you could question why there’s no geological or archaeological evidence for the Hyborian Age. But if Holmes was an actual guy who lived in London in the nineteenth and twentieth centuries and achieved a level of celebrity, wouldn’t people who knew him have questioned why his real exploits were being considered fictional? I guess it’s always possible to fall back on some sort of conspiracy. This is probably why, even though Farmer seems to have written of these fictional characters as existing in the real world (remember, I’m going from second-hand information here), Eckert regards it as an alternate world that’s mostly the same, but differs in a few respects. I’ve seen this idea proposed with Oz, that the United States Dorothy comes from isn’t exactly the same one readers live in. It works, but it removes some of the fun of thinking you could potentially visit Oz as Dorothy and others have done. If it’s all an alternate world, then it would presumably only be an alternate you who could go there. Anyway, according to the Oz Timeline, Holmes eventually relocated to Oz in 1937, when he would have been in his early eighties. This also makes him the Great Detective from the Oziana stories, who was very blatantly based on Holmes but not previously defined as exactly the same.

4 Responses to The Gang’s All Here