I’ve been thinking a bit recently about magic and science in fiction. I’m not saying anything at all new when I point out that a lot of what’s considered science fiction contains very little science. Sometimes it just seems to be shorthand for “may contain spaceships.” There are certainly fans who have categorized hard and soft sci-fi, but that’s not really what I want to discuss here. It’s more of the distinction between science and magic, and how sometimes there really isn’t much of one. Arthur C. Clarke famously said that any sufficiently advanced technology is indistinguishable from magic, and there’s something to that.

Certainly, ideas and inventions that are commonplace today would probably be considered magic by someone not familiar with them. But then, what really is magic? Is it a sort of power that operates outside normal physical laws, or does it just have laws of its own that are generally unknown? I think science is also sometimes confused with naturalism, when really it’s about the methodology than the philosophy. If a witch turning someone into a frog fairy-tale-style is something that could be verified through evidence and demonstrated through rigorous testing to be possible and work on explainable principles, that would be science. I would consider myself a naturalist, because if something is verified scientifically, then it can no longer be considered supernatural, right? I don’t think there is, theoretically speaking, anything that can’t be explained through science. That’s not to say that we currently have the means to do so, and perhaps we never will, but that’s a practical consideration, not based on any philosophical idea that there’s some upper limit to human knowledge. I’m also a fan of fantasy, and that generally involves some sort of supernatural mysticism, and sometimes forces well beyond human understanding by their nature. Part of it is about religion, as even when they’re writing fiction, authors with a deep religious faith will generally include some nod to God being behind everything, whether He mostly stays uninvolved as per J.R.R. Tolkien’s Middle-Earth, or intervenes frequently as in C.S. Lewis’ Narnia. I’ve discussed before how fantasy generally involves some sort of higher power, but when the author isn’t religious, this higher power is frequently flawed or limited, whether it’s a case of petty gods like in Terry Pratchett’s Discworld, God being a fraud as in Philip Pullman’s His Dark Materials, or a more benign case of forces that operate the universe being well-meaning but not all-knowing or all-powerful. And involving the supernatural often means making some distinction between the natural and the magical. Sometimes this is pretty significant, like how Superman’s powers aren’t magical within the context of the comics even though they seem like it, but actual magic does exist in the DC Universe. 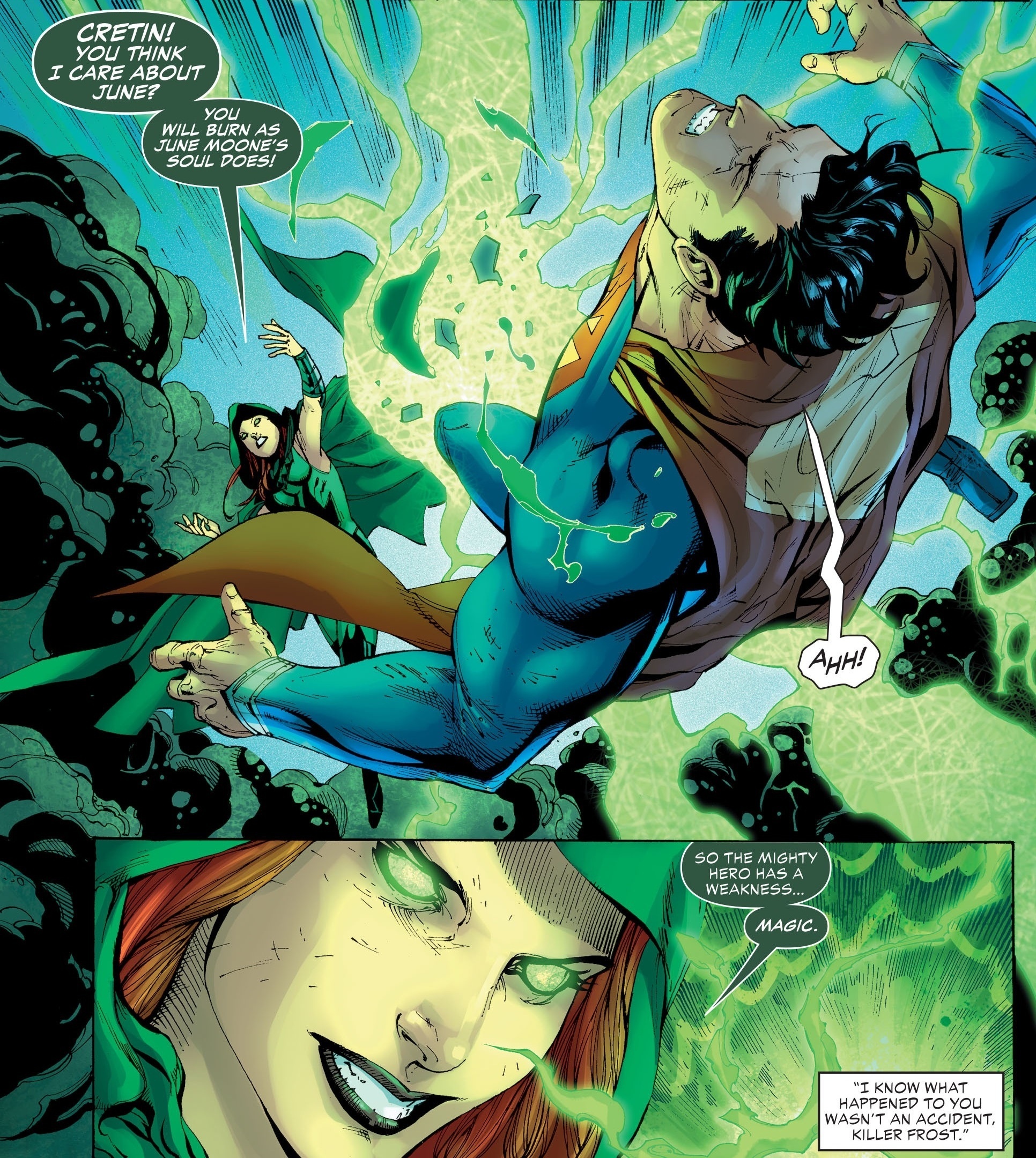 Magic can operate in many different ways in fiction, and what follows is in no way meant to be an exhaustive list. One is the idea that magic IS a science, as indicated in the Shaggy Man’s song in L. Frank Baum’s The Patchwork Girl of Oz. Mind you, he also says in the next book, Tik-Tok of Oz, that he considers a flower blooming or a cow producing milk to be pretty much equally magical, so maybe he’s not an expert on the matter. Still, magic in the series does seem to operate on pretty consistent rules, although everyone who’s read the books knows that just about everything is contradicted at some point. I always appreciated when Baum would work a little science into his explanations of magical things. Admittedly, he didn’t seem to have a whole lot of scientific knowledge, but it’s still much more satisfying to say that mermaids breathe due to a layer of air that constantly surrounds them or that people can walk on the air in the subterranean Vegetable Kingdom because the pull of gravity is weaker than to say “it’s just magic, okay?”, even if it doesn’t really stand up to scientific scrutiny and still leaves a lot unexplained. And he’s far from the only fantasy author to do this, the five-dimensional travel in Madeleine L’Engle’s A Wrinkle in Time being another example that comes to mind. It’s not that different from technobabble, but there’s more of an excuse when you’re not billing it as SCIENCE fiction. Star Trek transporters convert matter into energy, and such changes do really happen sometimes; but ultimately it’s not that much different from an instant transportation spell. But then, Trek is not only soft sci-fi, but often more about what science maybe COULD achieve in a few centuries than what we know it really can do.

There’s also the more religious sort of magic, where it relies on the whims of God, Satan, or some other being with unfathomable amounts of power. Obviously, the being is going to make the magic operate to their own ends, if at all possible. A sort of lower-level version of this is the jinn who grants wishes, but will twist the wish-maker’s words so it doesn’t work out the way they want. The jinn is presumably bound to grant the wish and can’t simply refuse, but has a lot of wiggle room in HOW it does so.

The fundamentalist Christian argument that crops up from time to time is that magic is inherently evil because ALL of it is the consorting-with-Satan kind, when that isn’t always how a particular fantasy universe works.

Another kind of magic relies primarily on belief and willpower, either on the part of the caster, the recipient, or both. Magic can require a certain confidence to work, which in some ways isn’t mystical because confidence can help with all kinds of mundane things. But it’s still different when magic doesn’t work at all when you don’t have the requisite faith that it will, even when you replicate the process exactly. In this sort of magic, the words and rituals used are often unimportant, and just to make it more convincing to others. Sometimes this magic has no physical effect at all, like someone just THINKING they’re turned into a frog without their form really changing; while others times it does but would be much less effective without the belief component. Granny Weatherwax in the Discworld books is a witch who usually just uses what she calls “headology,” where she convinces people she’s done something magical and the placebo effect takes over, or the so-called magic is to distract from the more mundane solution she’s really employing. But she is also capable of real magic, and in fact amazingly proficient at it. It’s just that she only uses it when she has to, and takes the same practical approach to both. The exact opposite of this sort of thing is when some hapless person casts a spell thinking it’s nonsense, but it works anyway. And obviously these categories don’t have to be mutually exclusive.