Weasels on the Wind 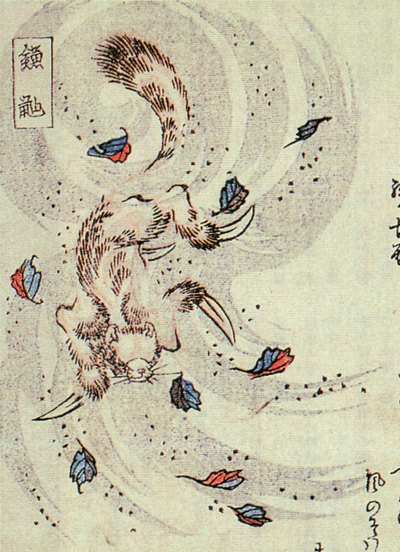 Another mythical Japanese creature, or yokai, that came up in the Pokémon videos I talked about last week is the kamaitachi, the probable inspiration for the Sneasel.

The name kamaitachi literally means “sickle weasel,” and that’s basically what they are, weasels with sickle-like claws. 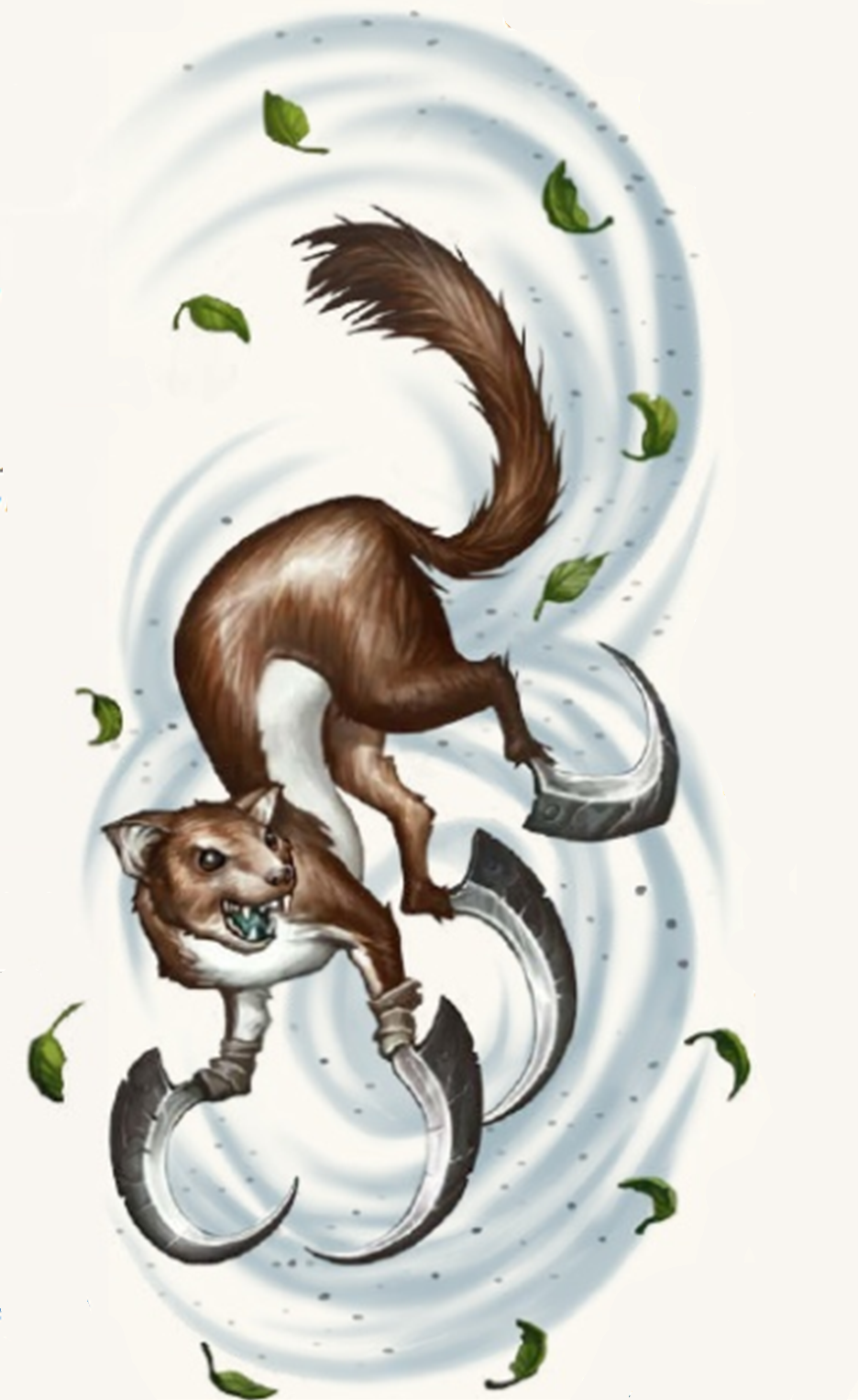 It’s been proposed that the name was originally a pun on kamae tachi, or “stance sword,” a sword-fighting technique. Legends of these weasel demons are most common in the Koshin’etsu region. The kamaitachi ride around on dust devils, knock people over, and attack them with their claws. Then they’ll use healing salves to stop the bleeding, so the victim ends up with no pain or blood. This is sometimes regarded as the work of three different kamaitachi, perhaps a parent and its children. It’s only later that the wound really starts hurting, and very intensely, but by then the kamaitachi have weaseled out of taking the blame. Actually, that’s not entirely true, as kamaitachi are apparently commonly used as an excuse for mysterious injuries. 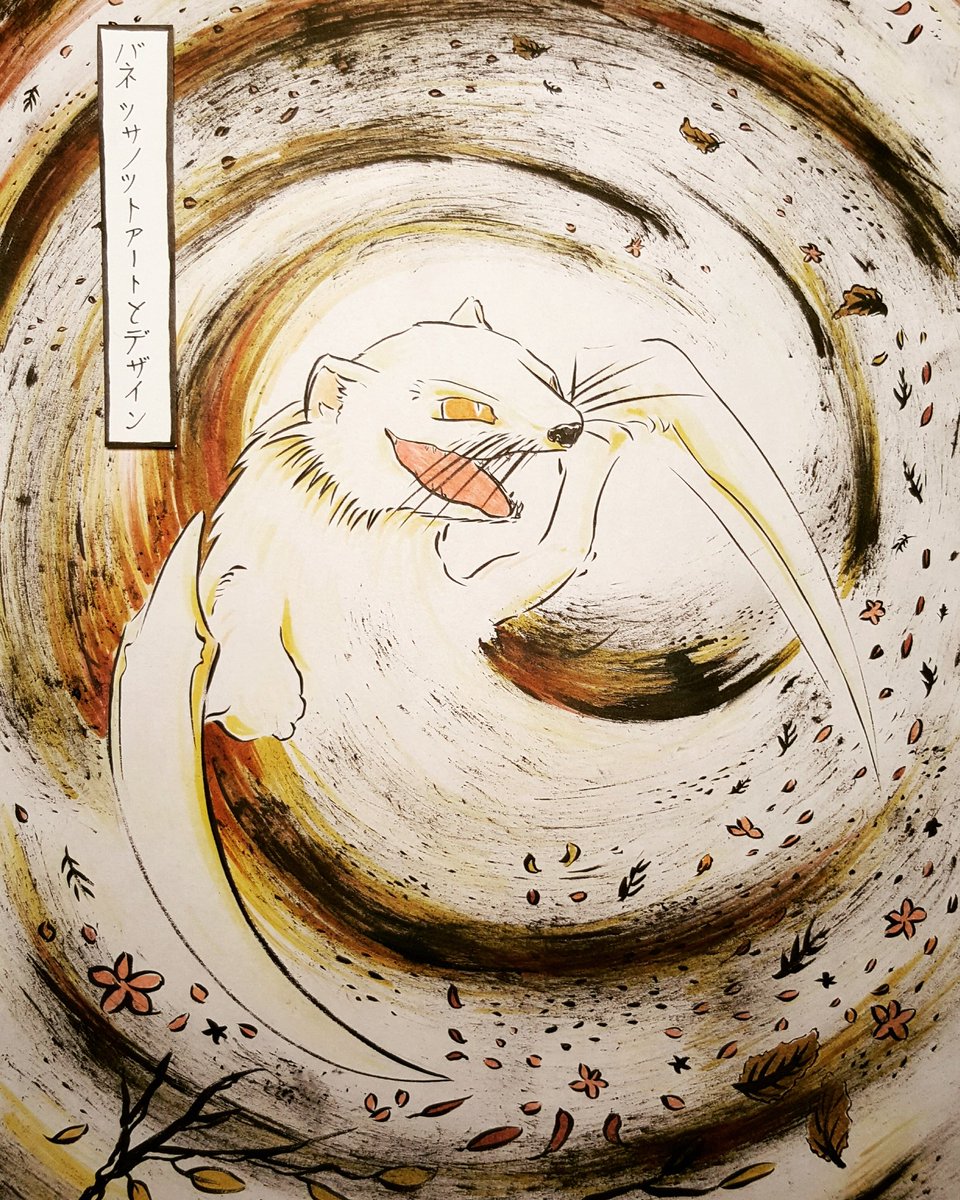 Picture by Vanessa Knott
The weasels move so quickly that they’re generally not seen. Apparently some tales say that they spontaneously generate when sickles are left out in the field, and they’ve also been known to hang out in puddles. Kamaitachi show up in other popular media in addition to Pokémon. In the Dragon Quest series, it’s the original name for a monster riding a whirlwind, and it uses an attack of the same name. In English, it’s usually called a Cyclown, in the typical punny fashion of the more recent translations.

Earlier localizations were Razor Wind and Wind Beast, the former of which makes the connection with cutting more obvious. The attack they use is called Wind Sickles. The monsters don’t look at all like weasels, though, and aren’t portrayed with claws. The Wikipedia entry mentions that the kamaitachi is sometimes associated with the Chinese qiongqi (literally “thoroughly odd”), one of the Si Xiong or Four Perils, counterparts of the Four Benevolent Animals, and perhaps at least one inspiration for the Four Fiends of the Final Fantasy series, although gods or god-like beings coming in fours is typical in East Asian mythology. 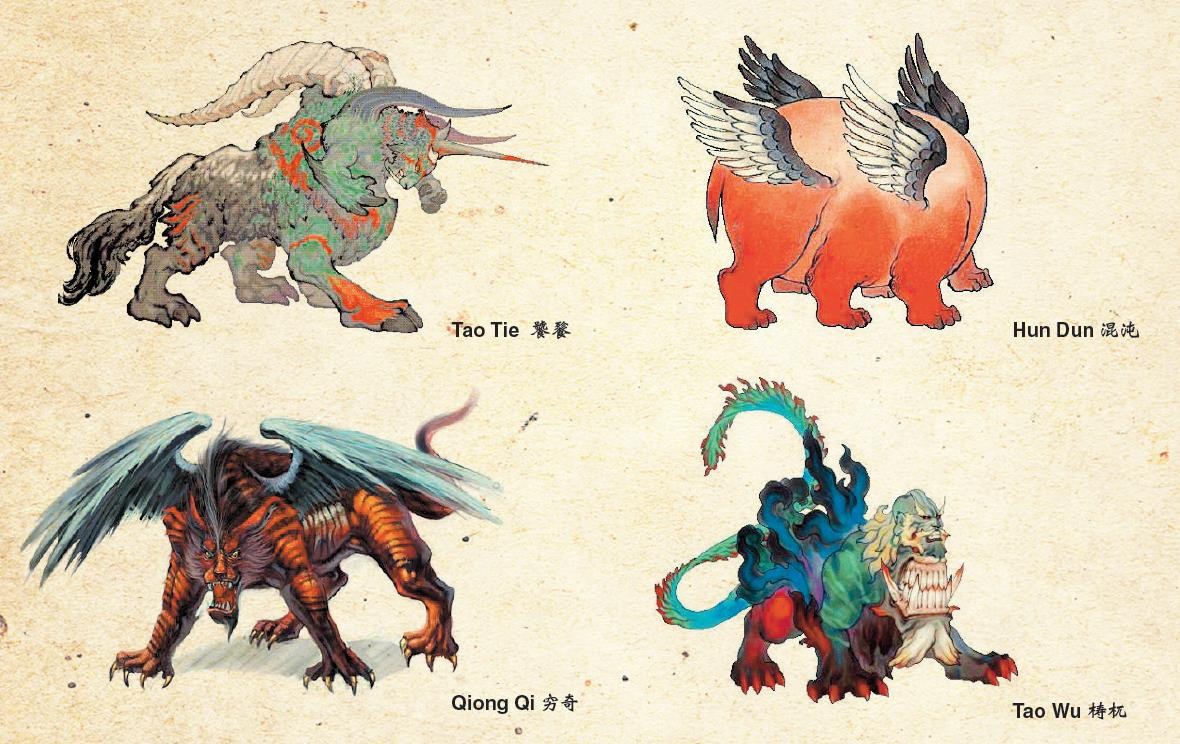 It’s often portrayed as a winged tiger, but other descriptions make it a combination of totally different animals, like an ox with hedgehog quills or a human with a dog’s head. 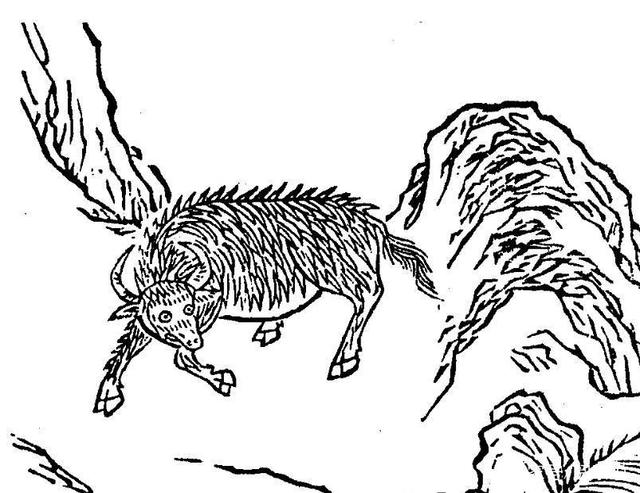 It eats people and has a particular hatred to anyone who is righteous or loyal. It is apparently associated with the wind, but I don’t know of any connection beyond that.