In the Garden of Sweden 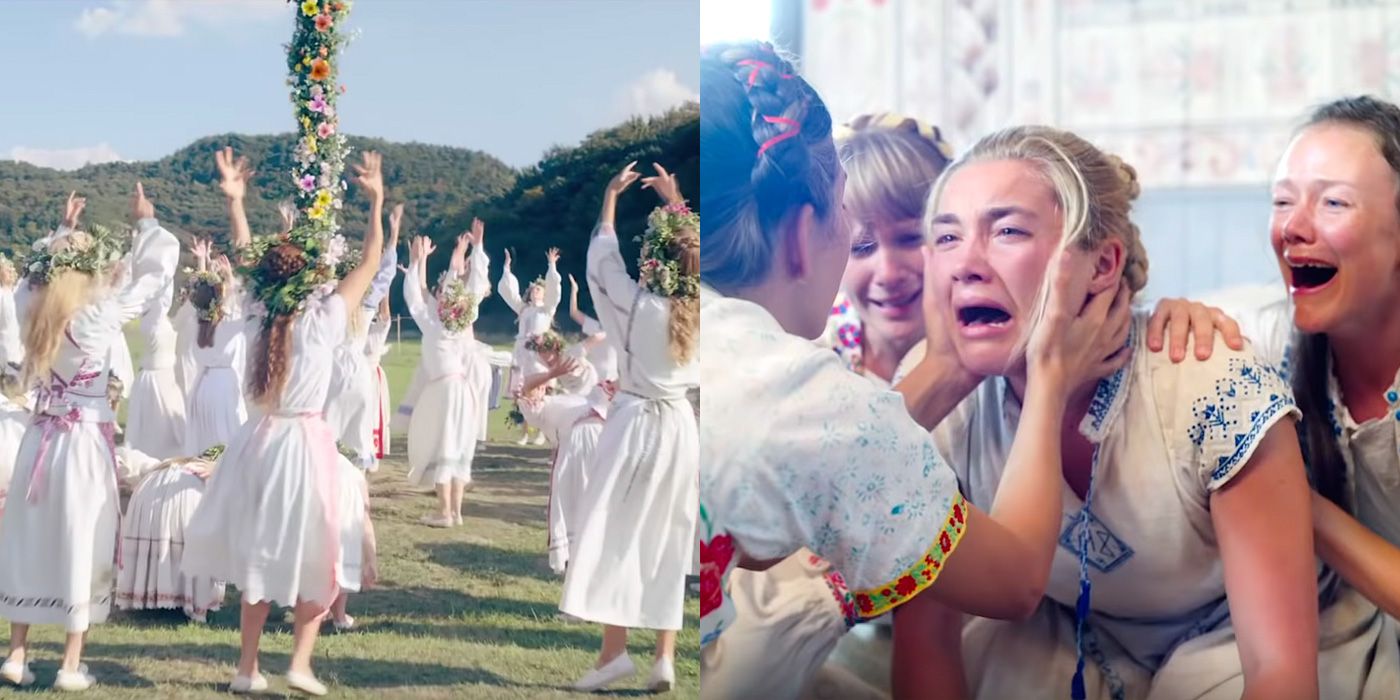 Midsommar – SPOILERS! Ari Aster’s second film is a folk horror piece that ties in with a fictionalized version of Swedish paganism, and also comments on breaking up and mental illness. The outdoors parts take place entirely in the light, which is unusual for a horror movie, but it’s typical in some other ways. The main character is Dani, who’s been together with her boyfriend Christian for a few years, but the relationship is showing obvious signs of deterioration. Christian wants to break up with her, but feels he really can’t after her sister kills herself and their parents. So instead, he invites her on the trip he’s making with his guy friends to a commune in northern Sweden. In a twist that surprises nobody, unless they somehow didn’t realize this was horror, it turns out to be a creepy cult that makes human sacrifices to celebrate the summer solstice. During a series of increasingly bizarre and disturbing rituals, the guests are killed off, with the cult coming up with unlikely lies to explain the disappearances and sowing dissent among the Americans. While Dani is initially sickened, she comes to appreciate the sense of community in the cult. She wins a dance contest and becomes the May Queen, while Christian has ritual sex with a local girl. Dani sees this and is understandably upset, even though Christian is drugged out of his mind, and chooses him as a sacrifice over a cult member. I have to say that I didn’t necessarily catch the idea that Dani was drawn to the cult because they encouraged her to express her emotions, which she had to hide when with Christian and his friends. It makes a certain amount of sense, but I saw it more as her realizing there was no chance of escape at that point, and perhaps developing (appropriately for Sweden) Stockholm Syndrome. One theme I did think was present was that of the limits of cultural relativism. Christian and his friends are grad students in anthropology, and while they were shaken up a bit when they saw cult members commit suicide by jumping from a high rock and a severely inbred guy they treated as an oracle, they largely just accept them as cultural differences. Dani is more genuinely terrified, at least at first, and two other visitors from London try to escape pretty soon after seeing the suicide. They fail, of course, but they seem to have more of an idea that some things are just inhumane regardless of culture. 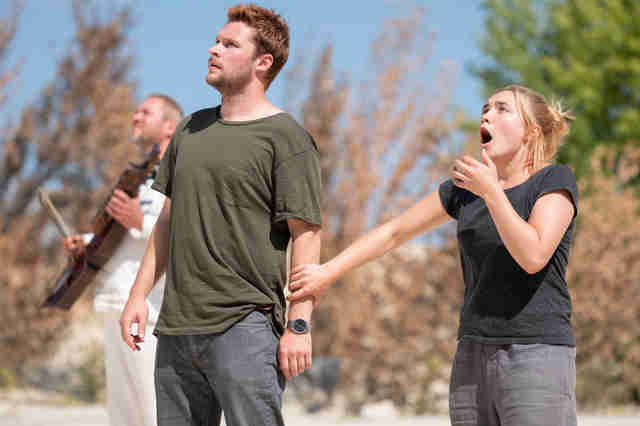 I do have to wonder what the Swedes ever did to Aster. The scenes were really filmed in Hungary, but I guess part of why the setting was Sweden was that, around the summer solstice, there’s a whole lot of daylight there. And the story about people being cursed to dance until they died, which the cult honors with their contest, is apparently a real Swedish legend. Overall, though, the rituals are often ridiculous almost to the point of parody (the audience laughed quite a bit at the sex scene, for instance), and the film is pretty clear that only this one small community practices them. So is the moral that lousy boyfriends deserve to be burned to death? Okay, probably not. The horror elements were generally predictable, but the setting and the trappings were interesting. I found it interesting that a John Bauer picture of a girl with a crown kissing a bear hung in Dani’s apartment. It’s foreshadowing, but it’s also a picture I’ve seen online before and quite liked. 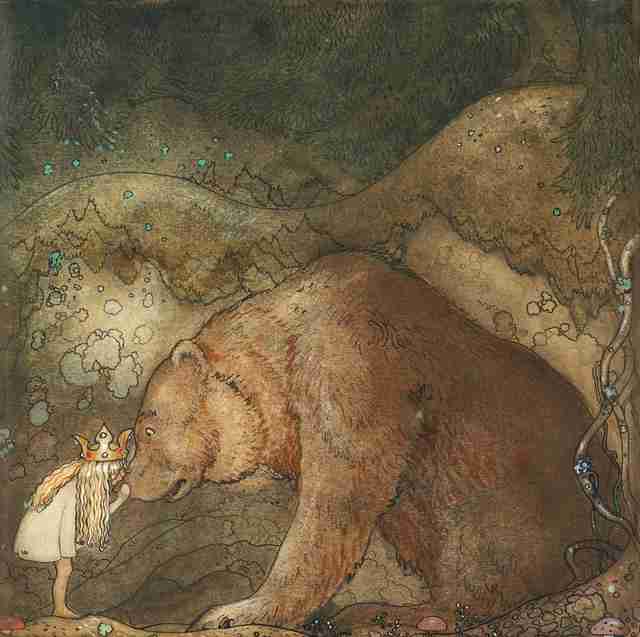 I also feel obligated to share this song, which is not related to the movie, but has the same name.

0 Responses to In the Garden of Sweden