Saving the World While We’re Young 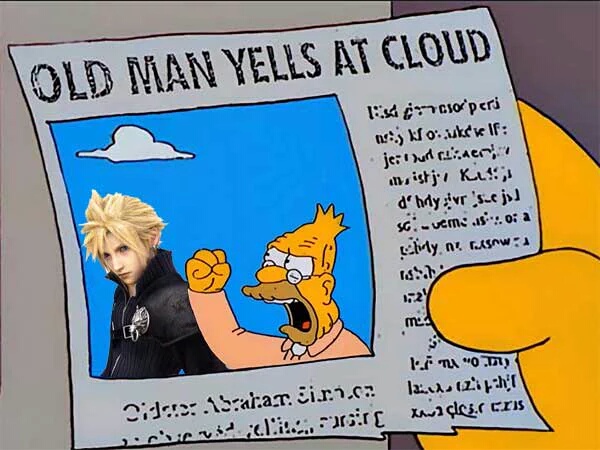 I’ve seen the topic come up of how everyone tends to be young in Japanese role-playing video games, to the extent that people in their thirties are considered old. I noticed this in Final Fantasy VII, where everyone seems to consider Cid Highwind an old man, including Cid himself.

Later, I looked it up online and found that he was only supposed to be thirty-two. Not only is that not old, but it’s younger than Barret. But then, Cid probably looks older because he’s a chain smoker, and black don’t crack. The thing is, while the FF games prior to this one did tend to have young heroes, there was generally at least one token party member who was fifty or older, often a wise old wizard type. In FF4, Cid is fifty-four and Tellah sixty, and Cid is still alive and kicking seventeen years later in The After Years. 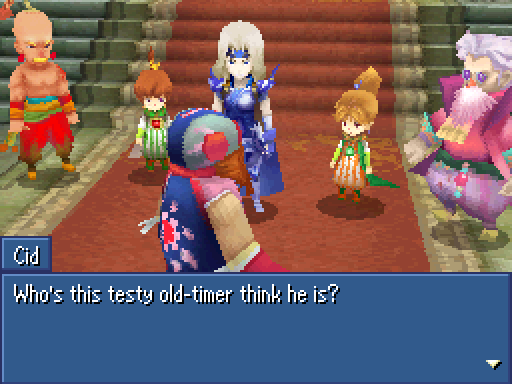 Fusoya, who’s millions of years old, doesn’t really count as he’s not human and so ages at a different rate, but he’s certainly depicted as an old man. FF5 has Galuf, who’s sixty, and thanks to the class system you can make him a brawler instead of or in addition to a mage, if you so choose. In FF6, Cyan starts out as fifty (maybe a little old to have a son with a child sprite, although that’s certainly not impossible) and Strago seventy, in a group where none of the other characters with established ages are older than twenty-seven.

That doesn’t count Shadow, whose age we really don’t know, although he’s old enough to have a ten-year-old daughter. So what happened after that? I looked up playable character ages in FF games after VII, many of which I haven’t played, and it appears that none of the human ones are older than forty, and that’s an outlier. 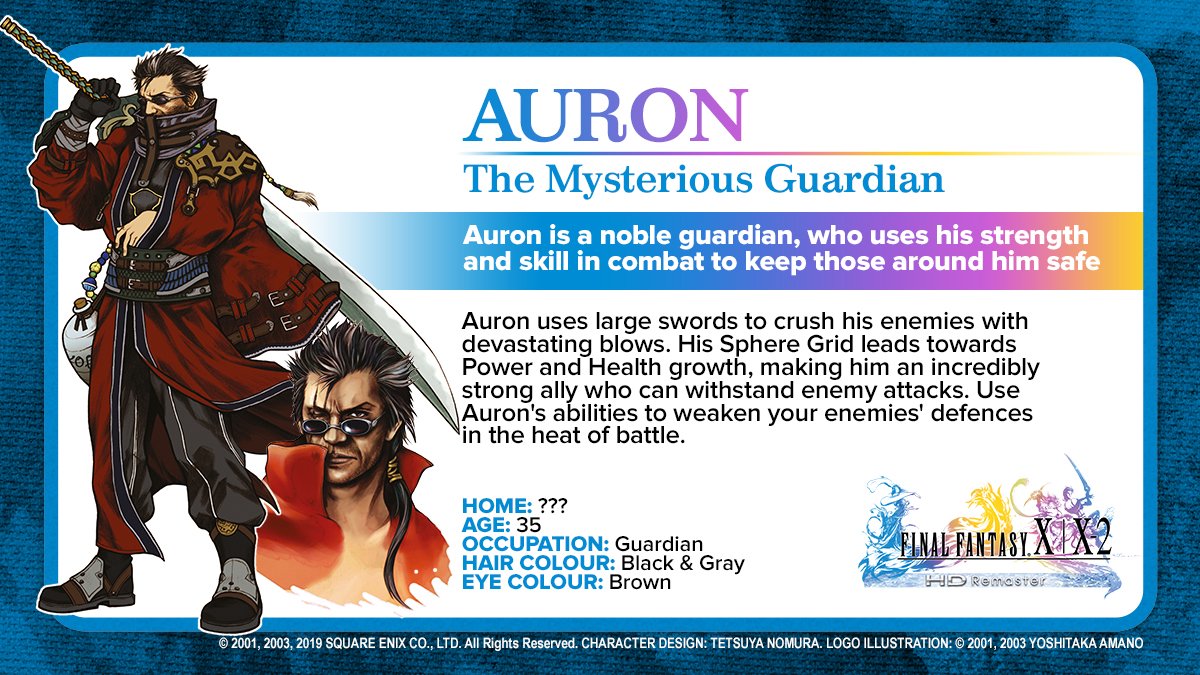 This guy is thirty-five.
And the heroes’ ages tend to decrease slightly as well, with Cecil and Bartz in their early twenties, Terra eighteen, Squall seventeen, and Zidane sixteen. Twenty is still pretty young for Cecil to lead a branch of the military, and the same goes for Celes being a general at eighteen. I guess they started along these career paths at a younger age than Americans would consider typical.

The playable characters in the Dragon Quest series also tend to skew pretty young. The hero in Dragon Quest III begins his adventure on his sixteenth birthday, and that’s the official age of the heroes in the first two games as well. While the hero in DQ4 is eighteen, two of his companions are a merchant in his forties and a mage in his sixties. The main protagonist of DQ5 grows older over the course of the game, but he marries around sixteen and later travels with his eight-year-old children. The oldest human party member in DQ6 is Amos, who’s in his early thirties. The hero’s parents seem to expect their son to hook up with Ashlynn, and they’re both seventeen. 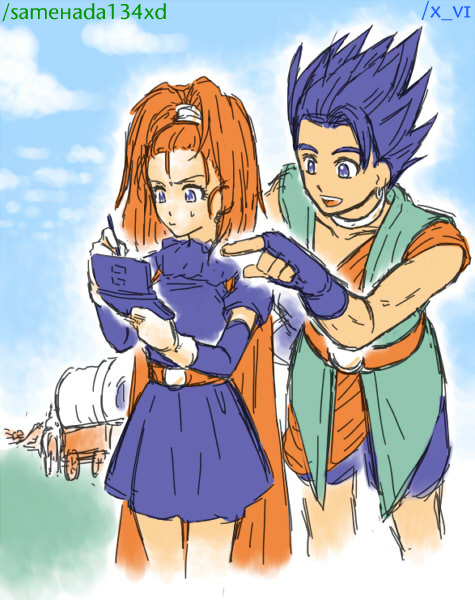 And I commented on how much sexual tension there is between the teenage heroes of Dai no Daibouken, which takes place in the DQ universe but isn’t based on any particular game. And DQ7 has pretty much all young people as playable characters, except for Sir Mervyn, who’s of an unspecified age but obviously old.

So this series definitely tends toward young heroes as well. But even when there are older men, there are pretty much never older women. What, you can’t save the world once you’re past prime childbearing age? I fail to see the connection.

A Quora discussion on the topic suggests that it’s partially because Japanese teenagers are expected to grow up more quickly than American ones, as well as that there are so many young heroes in manga. Western epic fantasy tends to be based more on authors like J.R.R. Tolkien, whose protagonists were pretty much always adults. Personally, I still read a lot of children’s and young adult fantasy, and those often have their characters even younger than the JRPG heroes but no less heroic. But it does seem less frequent that these Western characters are expected to form lasting romantic relationships, and that happens all the time in the games. And Square Enix has pretty much said they like using teenage characters because their gaining experience mirrors the transition into adulthood. The coming-of-age tale is prevalent throughout the world, although what age the protagonists are when they come of age can vary considerably. But then, I’m forty-one, and I still don’t know that I’ve fully come of age yet.