Just a Clown Dancing to the Sins of Mankind

3 from Hell – SPOILERS! This film is the follow-up to Rob Zombie’s earlier House of 1000 Corpses and The Devil’s Rejects brings back the Firefly family, a bunch of psychotic redneck serial killers, many of whom are named after Marx Brothers characters. The only problem is that the last three members, Sid Haig’s Captain Spaulding, Bill Moseley’s Otis Driftwood, and Sheri Moon Zombie’s Baby Firefly, were gunned down by a barrage of bullets at the end of Devil’s Rejects. So how does Zombie explain how they survive? Well, he doesn’t, really. They just miraculously live, and are tried, convicted, and sent to prison. It’s disappointing but unavoidable that Haig isn’t in it that much, and he was my favorite in the first two. He’s eighty years old now, and has had some health issues. It’s fortunate he was able to be in it at all, appearing a few times before being killed off, executed by lethal injection. 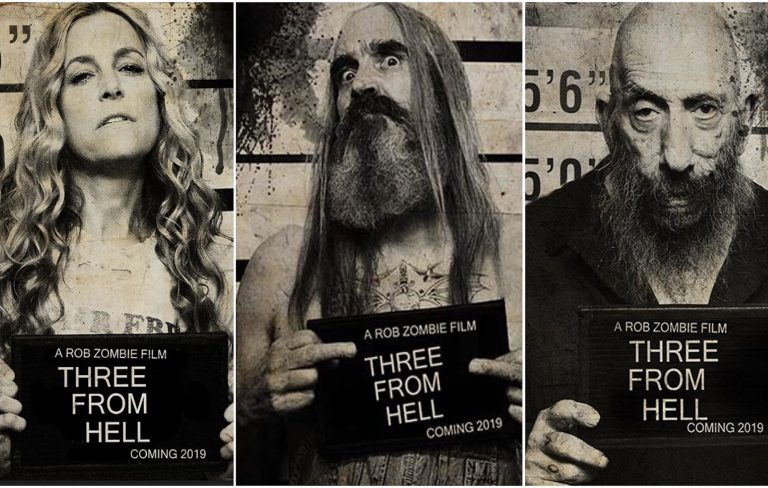 He was originally supposed to be one of the titular Three, but since he couldn’t do it, he’s essentially replaced by Otis’ half-brother Winslow Coltrane, played by Richard Brake, who was Doom-Head in 31. He helps Otis to break out of prison while on work detail, and Otis kills Danny Trejo’s character Rondo, a bounty hunter who helped track down the fugitives in the last film. They then force the warden to let Baby out of prison by threatening to kill his family, but he really should know by this point that they’re going to kill everyone anyway. The three try to hide out in Mexico, but unfortunately for them, the owner of the motel where they stay knows Rondo’s vengeful son. A bunch of masked assassins show up to kill the Three, and there follows a Western-style shootout and brawl. They all seem to have become expert sharpshooters, especially Baby. She’s also able to knock out two maniacs who are trying to kill her in prison (a corrupt guard, played by Dee Wallace, locks them in with her), presumably without any weapons. Combined with the miraculous survival at the beginning, it makes the villains seem more supernatural, something Zombie tended to avoid previously. There’s some general Rob Zombie weirdness in there, including Otis and Winslow scaring the hell out of a clown played by Clint Howard, and Baby hallucinating a dancing cat. I also thought it was interesting that the beginning of the movie had a montage of people who idolized the Fireflys, either because they didn’t think they were really killers or just because they liked their style, playing on the cultural fascination with serial killers. But this is generally forgotten after they go on the run; I thought maybe they would have done something where they ran into some of their fans, and probably murdered them anyway. And even without much of Spaulding, there was some funny dialogue from the killers, who have a general knack for being entertaining and disturbing, sometimes incredibly so, at the same time. It’s a limited release, and in the theater where we saw it, they started it fifteen minutes late and not at the beginning. In the meantime, we got to hear about how a girl in our row knew Aaron Carter, which was…interesting. I guess he DID apparently beat Shaq.