It’s All About the Shoes

On Facebook, there’s been some argument on the cover of the latest Baum Bugle, which I haven’t received. It’s possible my membership has lapsed, because it seems like I never get warnings about that. It isn’t a great design, as I think there’s too much blank space, but it’s not something that matters a whole lot to me either. There’s also some criticism of the focus on the MGM film, and while that’s not my main interest either, I’m not sure if that’s true. I do think the Bugle has been a little dry as of late, without too many articles that are actually fun, although I did like the issue focusing on The Tin Woodman of Oz. Even the Oz Bookshelf seems to focus more on non-fiction nowadays. But anyway, when I saw the tagline on the latest issue, I had to wonder if a good compromise would have been discussing shoes in the Oz books as well. 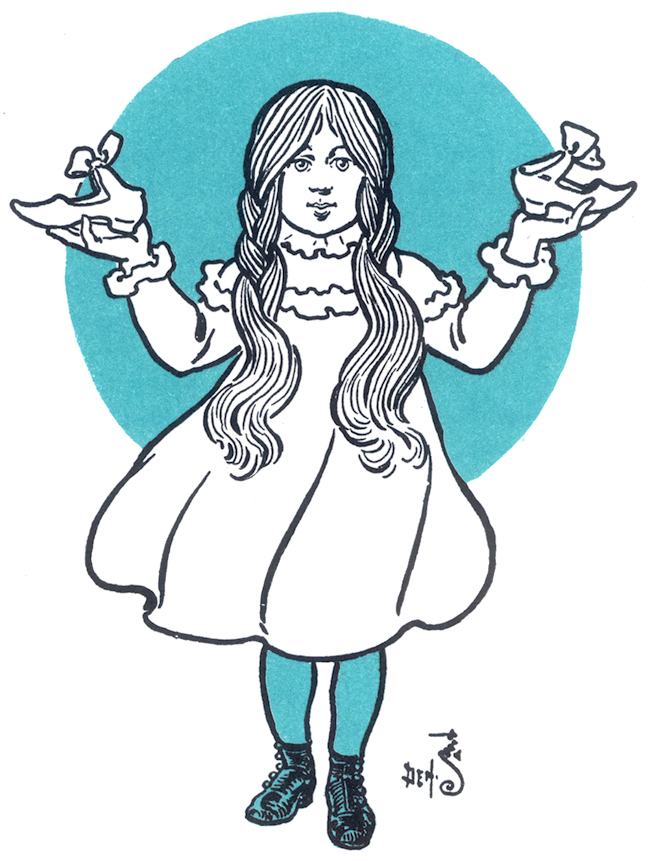 I think it’s pretty well-known that the shoes were silver in the book, and changed to ruby to take advantage of the Technicolor in the film. Since the Ruby Slippers are still under copyright to MGM, the Silver Shoes still show up sometimes when someone wants to make an Oz reference without paying Warner Bros. Disney did use them in Return to Oz, and apparently an early idea had the Nome King make them into a belt like the magic one in the books, but in the finished film he’s just wearing them on his feet. 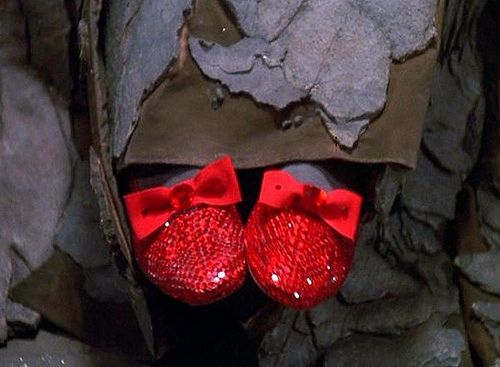 I’ve seen a few other shoe-related elements from the movie mistakenly assumed to be true in the books as well, like how they wouldn’t come off Dorothy’s feet as long as she was alive, which presumably meant she couldn’t take them off herself either, which sounds awkward.

In the book, not only does she take them off when she goes to bed or takes a bath, the Wicked Witch of the West being too afraid of the dark and of water to take them then, but she loses one when she trips over an invisible iron bar. And the reason she wears them in the first place is because she thinks they’d be good for a long journey, not because someone magicked them onto her feet. Although we’re assured that the Shoes are powerful, the only thing we ever see anyone do with them is when Dorothy returns home, losing them on the way. 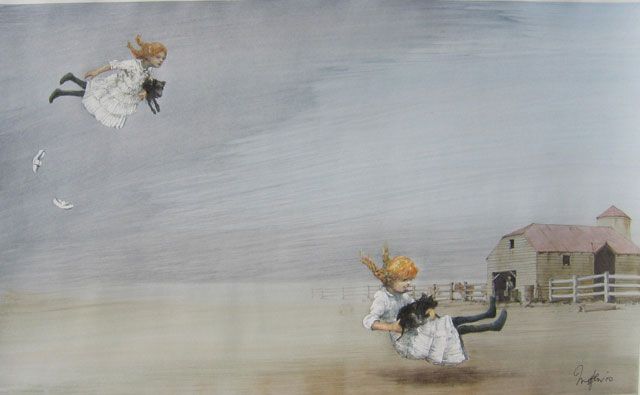 Glinda assures her that they can take their wearer anywhere in the world in three steps, but the reverence with which they’re treated suggests they might have other powers as well. Hugh Pendexter’s Oz and the Three Witches indicates that they can also be used to fire a lightning bolt in any direction. Once they’re lost in The Wonderful Wizard of Oz, however, they’re out of commission for the rest of the official series. Not surprisingly, though, fans have written more about them, because fans will write about pretty much any minor detail, and perhaps also because of how popular the movie made them.

Roger Baum’s Dorothy of Oz has Glinda retrieve them and give them back to Dorothy, but she can only use them twice, once to return to Oz and once to get back home. Although R.K. Lionel’s Braided Man is mostly book-based, it mistakenly portrays the shoes as red when the titular character finds them in the desert. In Phil Lewin’s Witch Queen, Dorothy finds out from the Great Book of Records that the Shoes evaporated in the desert and ended up on Sky Island, where the Frog King takes them. It’s also revealed that they previously belonged to Enilrul, who used them to curse Oz. Laura Jane Musser’s “The Romance of the Silver Shoes” says that they were a gift from the god Mercury to the fairy Princess Zephyra, but were stolen by an eagle under the spell of the Wicked Witch of the East. Dorothy is tasked with getting them back from the Sand Witch Sandrika, who took them after the Kansas girl lost them in the desert. There’s a book called The Silver Shoes of Oz, by Marin Elizabeth Xiques, but I haven’t managed to find a copy. The summary of it that I’ve read indicates that it was made from magic silver on the bank of a silver river. Ozma finds them in the desert on her way back to Oz from Foxville and Dunkiton. Xiques and Chris Dulabone’s Foolish Fable adds that they were given to the Witch of the East by a messenger from the wizard Wam, although it doesn’t specifically say Wam made them.

It does appear that it’s typically the fashion in Oz, as well as in Pingaree, for shoes to turn up at the toes. The Wizard of Oz is found planting shoe-trees in the palace gardens in Rinkitink, and Witch Queen has a river in the Gillikin Country where people fish for boots and shoes. In John R. Neill’s Wonder City, shoes are used as votes in the ozlection, and Jack Pumpkinhead teaches some of them to sing and play instruments.

Runaway has Jenny Jump pull a bunch of boots out of her malfunctioning magical suitcase, and Scraps and her companions land on them after falling out of the dissolving castle in the air.

Eric Shanower has said that Neill’s original draft just had them land on the ground and end up unharmed, which is a bit far-fetched even in Oz, so he wrote in the boots. In Ruth Plumly Thompson’s Ojo, Ojo, Realbad, and Snufferbux visit Tappy Town, ruled by King Stubby and Queen Skippyfoo, where people communicate by tapping their feet, and don’t talk at all.

Signs are on the pavement and read with feet, officials take footprints for identification, lady slippers grow outside the castle, the chimneys are shaped like boots, and a band plays shoe strings and shoe horns. When Realbad dances a clog, the court takes it as an insult, and kicks the visitors out of town. The language barrier doesn’t seem to be entirely consistent, however, as the travelers can’t read the signs, but the people’s names are written on their hatbands in perfectly legible letters, and the King reads a note in English (or Ozish). In response, he jumps on the note with both feet, leaving “a neat row of queer little pictures and marks.” Later, however, Ojo has no problem reading them. I’m not sure whether they took time to become readable or what. There’s another pair of magical shoes in the Quick Sandals in Hungry Tiger, which Betsy Bobbin finds in a package near a patch of quicksand. They’re large shoes made of white leather with silver buckles, and when Carter Green puts them on, he runs across the sand and the desert surrounding Oz, after which the sandals remove themselves and are seen “skipping merrily toward the sky line.”

And in Karyl Carlson and Eric Gjovaag’s Queen Ann, the witch Amnesia has golden shoes, which she uses to transport herself to Kansas.

3 Responses to It’s All About the Shoes