Under the Influence of Oz, by Marin Elizabeth Xiques and Chris Dulabone – This book is largely an attempt to reconcile the different depictions of Heartbreak Hostel and its keeper, Soulae Sunchip, between Green Goblins and Havenly Dreams. The former makes the home for goblins without any other place to go rather drab and its keeper simpering, while the latter makes it much more of a genuinely friendly environment. I’m not sure the change really needed to be explained, but it’s pretty interesting. It tells how one of the residents teams up with his hypnotist cousin and a guy named Eli Mental, the villain from Fwiirp, to cast a spell that brings out the worst in everyone’s personalities so that he can take control of the building and turn it into a luxury hotel. The Cowardly Lion and Tik-Tok show up to help save the hostel, but overall it focuses more on Goblin Grotto than on Oz. 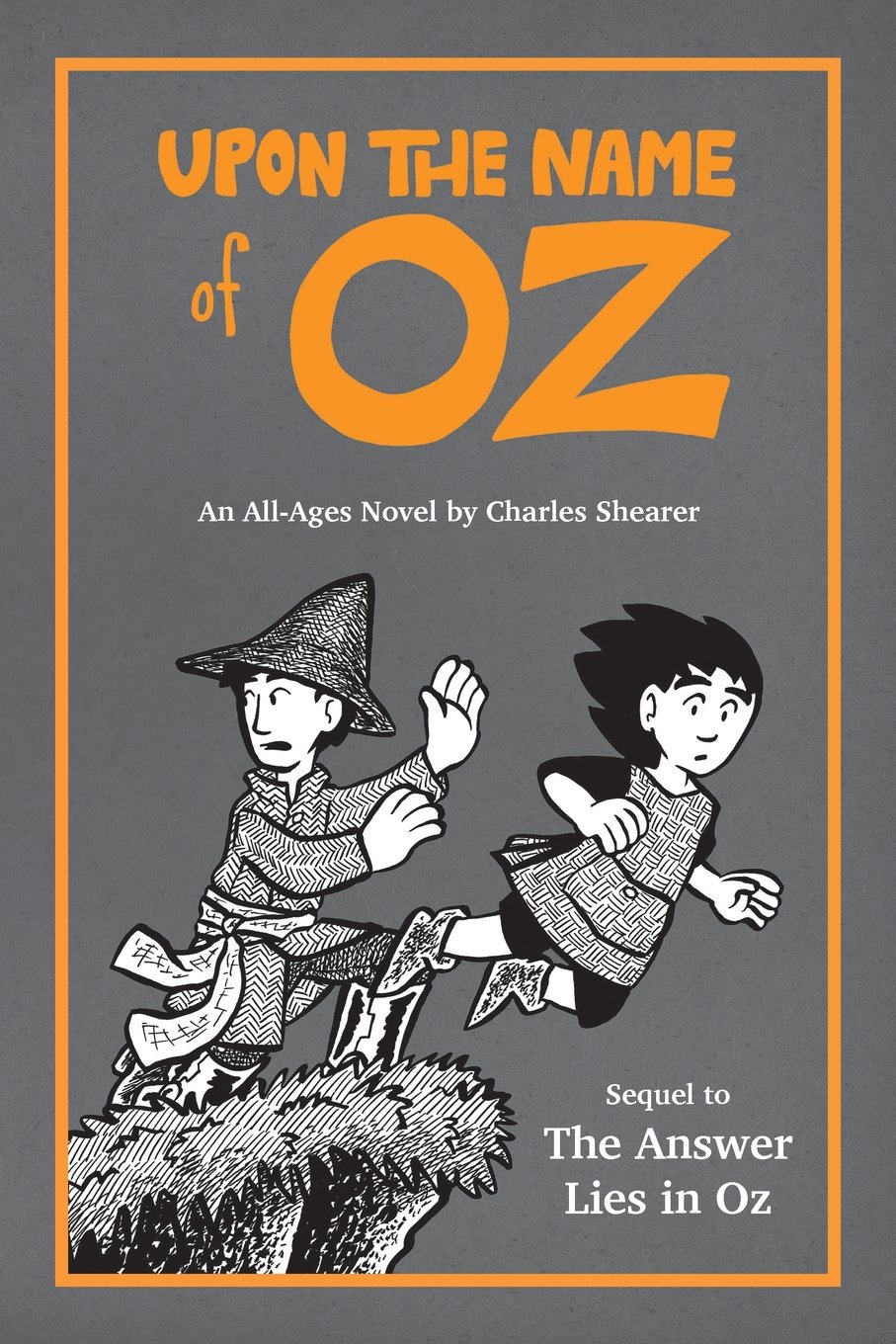 Upon the Name of Oz, by Charles Shearer – The sequel to The Answer Lies in Oz seems at first to be only loosely related to the earlier book, but the main characters from that one make their way into the plot, in one case in disguised form. The main protagonist is Yunoo, apprentice to her father, a Master Wordsmith in a community where people craft and bottle useful collections of words. We learn that this place is across the Deadly Desert from Oz, but nobody there is aware of the famous fairyland, and only Yunoo even notices the existence of the desert. There’s a mysterious feel to it, with plenty of surrealism and humor, although the general presentation makes these aspects matter-of-fact instead of wacky. The fairy ruler of this land explains the problem in the end, and the author hints that Yunoo might feature in other tales.

I also feel I should mention that there’s a review of The Lost Tales of Oz in the Spring 2019 Baum Bugle, written by Atticus Gannaway. My stories in it do get mentioned, with “The Other Searches for the Lost Princess” said to contain an overabundance of puns and meet three dead ends by its very nature, which I suppose are both fair criticisms. The puns weren’t the point of the story, but I often did rely on them to keep things moving. Gannaway refers to my other two efforts as more successful. There’s also a general comment on how the attempts to reconcile contradictions tend to get in the way of the stories. The thing is, a lot of my stories basically start out as attempts to tie things together or explain discrepancies, but I do try to give them entertaining plots as well, because I think it’s more interesting for the reader than just presenting my theories by themselves. I will say that Joe Bongiorno has sometimes edited my references to other Oz stories to make them more obvious, which is probably fair, but I kind of wonder if subtler references are less likely to interrupt the narrative. I know a lot of Oz fans don’t much care about continuity, or at least not beyond that of the original books.

Like Loading...
This entry was posted in Atticus Gannaway, Book Reviews, Characters, Chris Dulabone, Humor, Magic, Marin Elizabeth Xiques, Oz, Oz Authors and tagged charles shearer, continuity, cowardly lion, fairies, fwiirp in oz, goblins, havenly dreams beneath oz, joe bongiorno, puns, the answer lies in oz, the baum bugle, the green goblins in oz, the lost tales of oz, the other searches for the lost princess, tik-tok, under the influence of oz, upon the name of oz, vaneeda of oz. Bookmark the permalink.