Living versions of inanimate objects are common in fiction. The Oz books have a lot of them, although most of them are friendly. There are, however, many animated objects that are deadly, especially in role-playing games. I was recently thinking of the term “doorbusters,” pretty common around this time of year. I’ve never much liked the term, because someone breaking down a door to take advantage of a sale is hardly something that should encouraged. But it made me think of the living doors in the Sealed Cave in Final Fantasy IV, which do have to be busted in order to get past them. 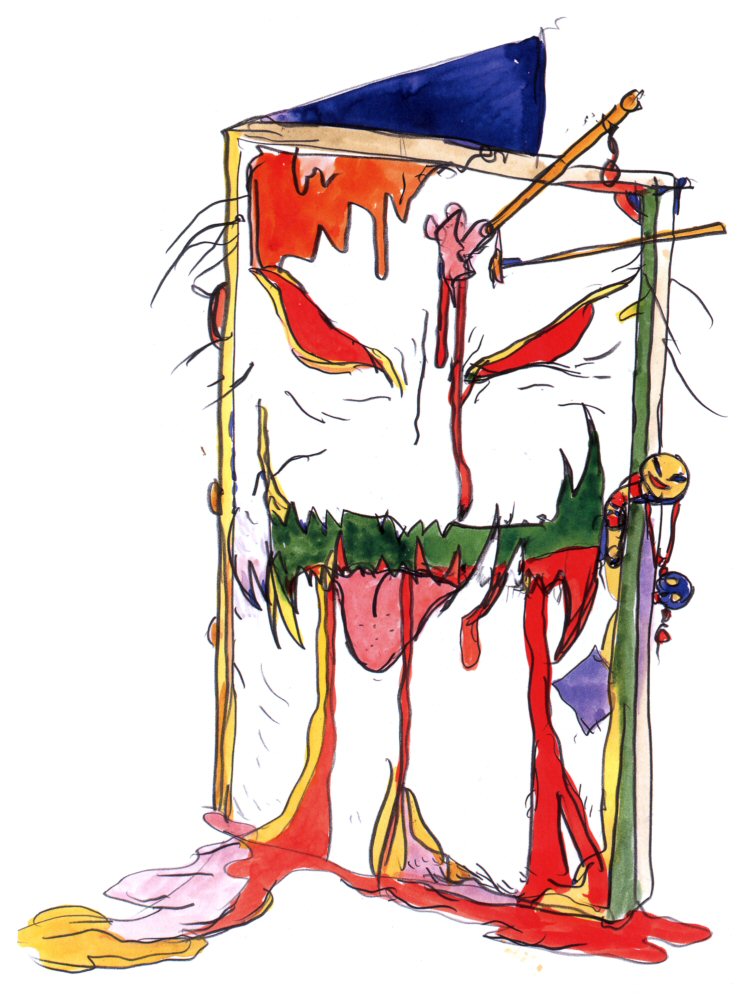 Every door in the cave is a Trap Door, and trying to open one triggers a battle. 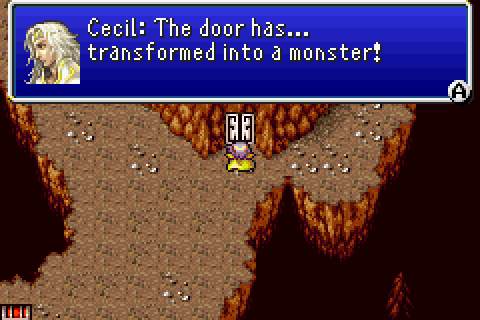 The door will use one turn to target a party member, then another to use an instant-kill spell on that person. The original English translation called the spell Disrupt, but later ones call it Ninth Dimension, hinting that it’s not just killing someone but transporting them to a different dimension, appropriate for a portal. 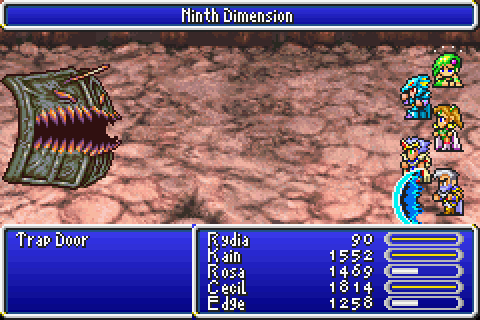 Even back in the original FF, the Zap! spell is officially said to banish someone into another universe, although the effect is the same as a normal instant death. The Trap Doors will also sometimes bring in a Manticore and disappear.

And the boss of that same cave is a Demon Wall that tries to crush the party. 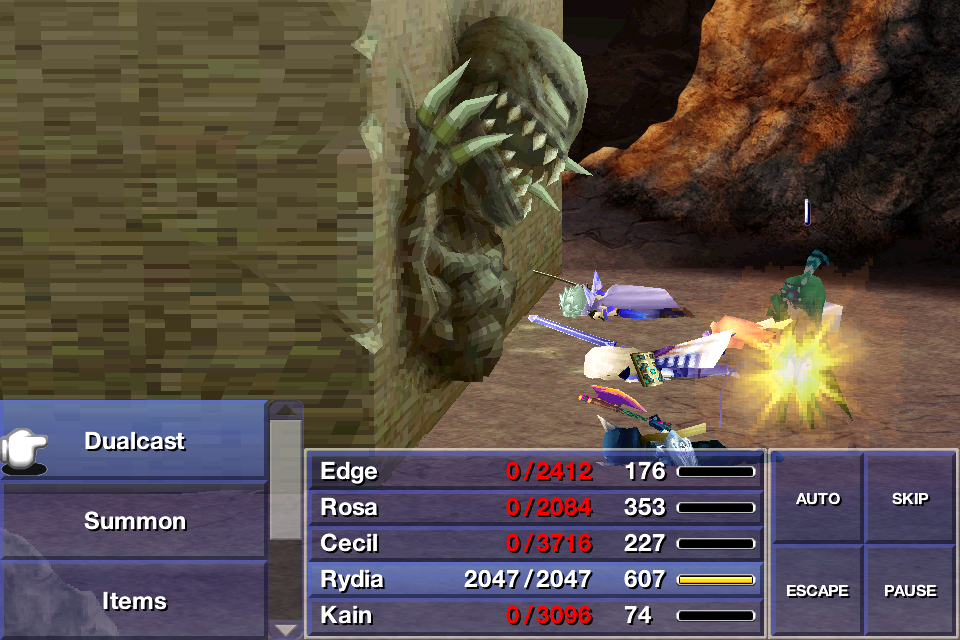 When I mentioned this on Facebook, I received a comment on how Dungeons & Dragons has Mimics, shape-shifting monsters that can take the forms of wooden or stone objects, usually treasure chests but sometimes doors as well. 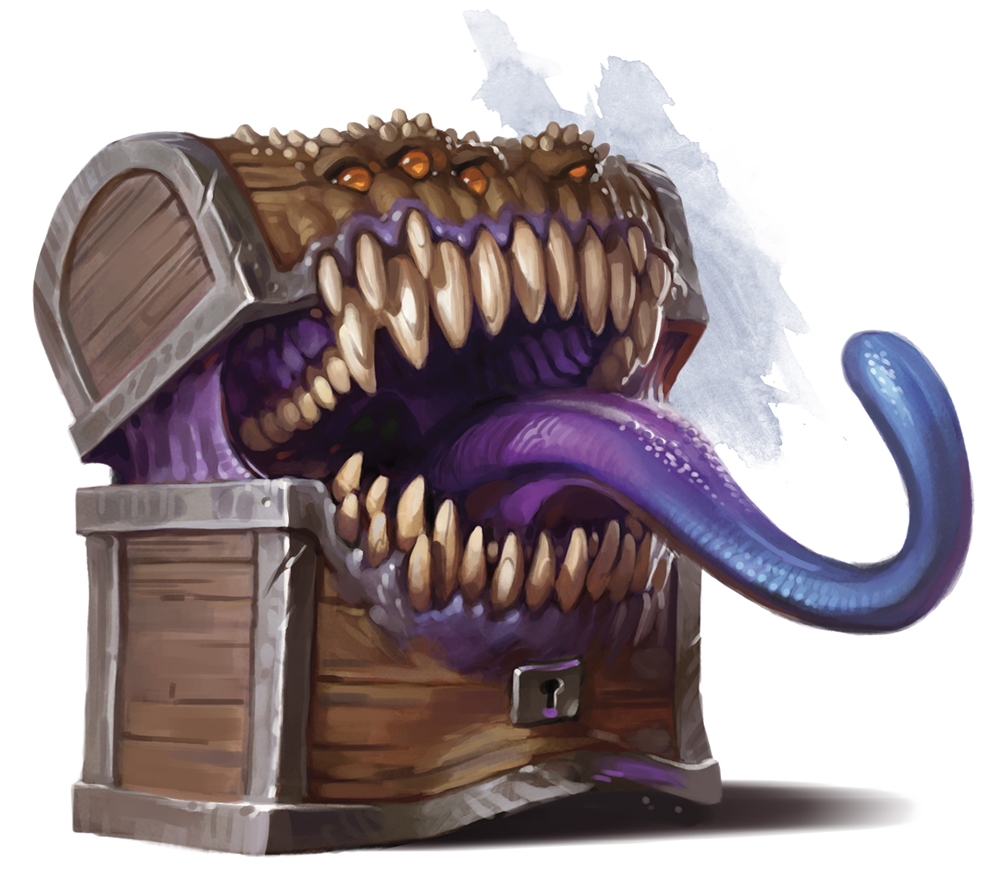 Not only do they attack unwary adventurers, but they emit an adhesive that sticks to the first person to try to open them. 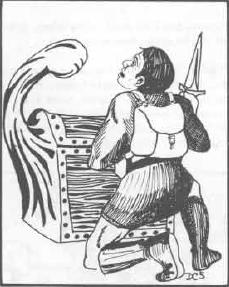 As D&D was heavily influential on role-playing video games, it’s not surprising that chest monsters frequently show up there, and are often called Mimics. The Dragon Quest games, starting with DQ3, have both Mimics and Canniboxes, which attack when you try to open an ersatz chest. And a chest with a eyes, teeth, and a tongue appears to be their natural form, as opposed to the D&D Mimics that are naturally amorphous and just disguise themselves as chests.

Canniboxes are strong attackers, while Mimics prefer to attack with instant death spells, both of them tending to be more difficult than other enemies in the same dungeons. Later games have pots that can attack you when you search them as well.

Interestingly, the early FF games don’t have monsters that look like chests, but rather ones that hide in chests, much the same effect but quite different in form. Some of the later games do have living chests, and the Angler Whelk in FF6 wields a chest in the manner of an anglerfish’s light.

There are many other such creatures listed on TV Tropes, one that particularly interested me being the Mimicuties in Kid Icarus: Uprising, chests that can grow legs and kick Pit. 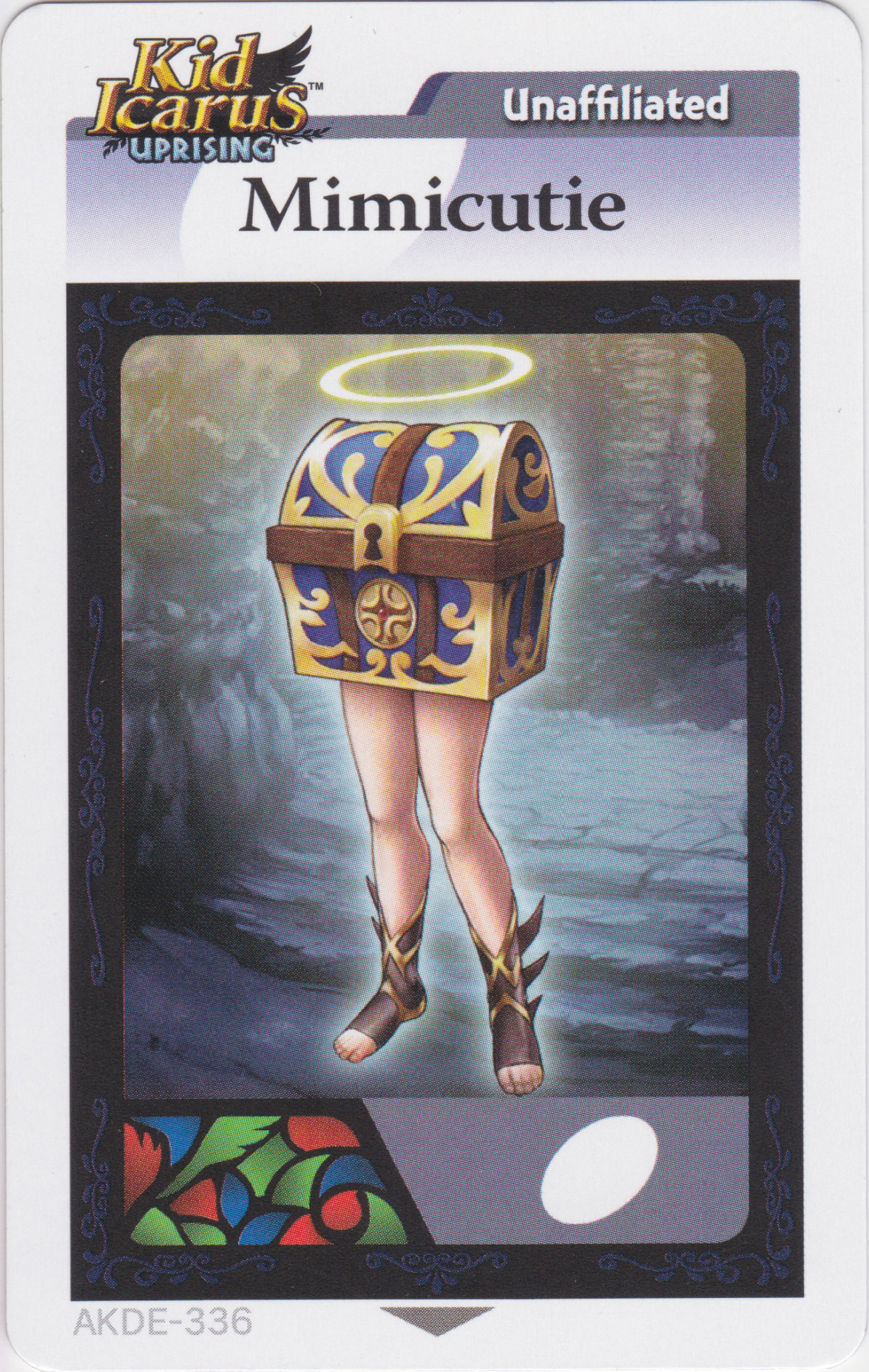 Seems like they’d be good for chorus lines. Super Mario RPG has monsters that hide in treasure boxes, including one called Hidon that’s actually a Piranha Plant, but for some reason shares a name with a boss from FF6. The Mario games are full of normally inanimate objects that are alive, but only occasionally are they surprises. Perhaps most notable in that category is the Mad Piano in Super Mario 64.

One non-game example is the Luggage from the Discworld books, a being made of sapient pearwood that constantly follows its master around, even through time and after death, but is deadly to just about anyone else. It runs around on a bunch of feet, contains multiple dimensions, and will instantly wash clothes. 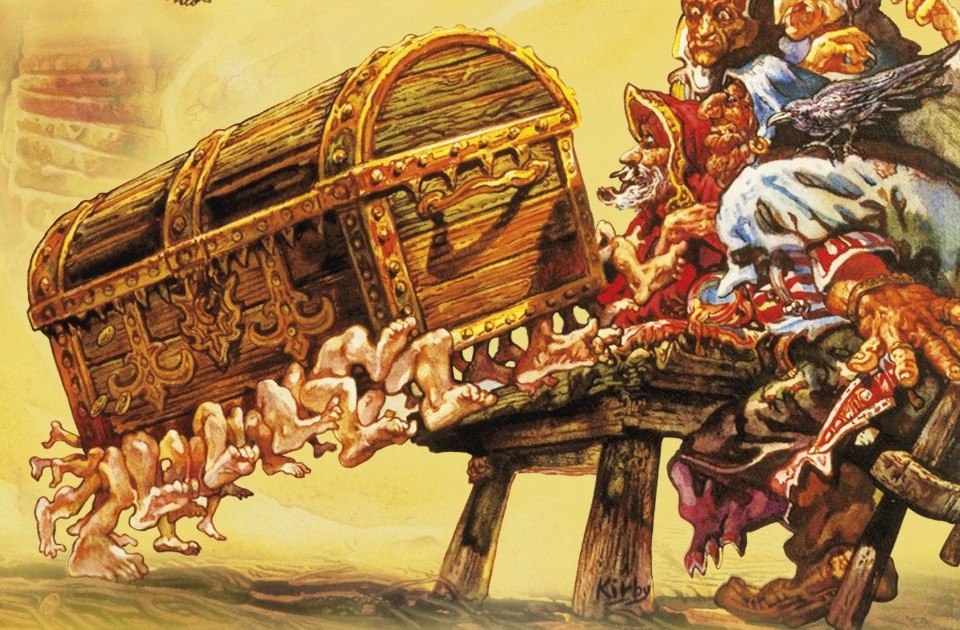 The Luggage initially belongs to Twoflower, who claims to have bought it from a magical disappearing shop, and he gives it to Rincewind at the end of The Light Fantastic. In Interesting Times, however, Luggages are pretty common in Twoflower’s home country, the Agatean Empire, although most of them aren’t as hostile as the original one. Terry Pratchett said that the idea came from D&D, although the trans-dimensional predator idea appears to be more reminiscent of a Bag of Devouring than a Mimic. 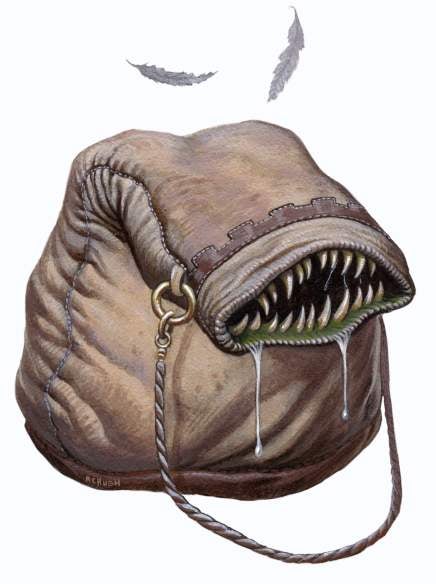 The Oz series has shape-changing Mimics in Jack Snow’s The Magical Mimics in Oz, although they take the forms of grotesque animals or people instead of inanimate objects. They can also steal the shapes of others, but for some reason only those of humans, not animals or magically animated beings. Of course, these Mimics predate the ones from D&D.