I might as well review the books related to the Dragon Quest and Final Fantasy series that I received for my birthday, since I’ve finished reading them. 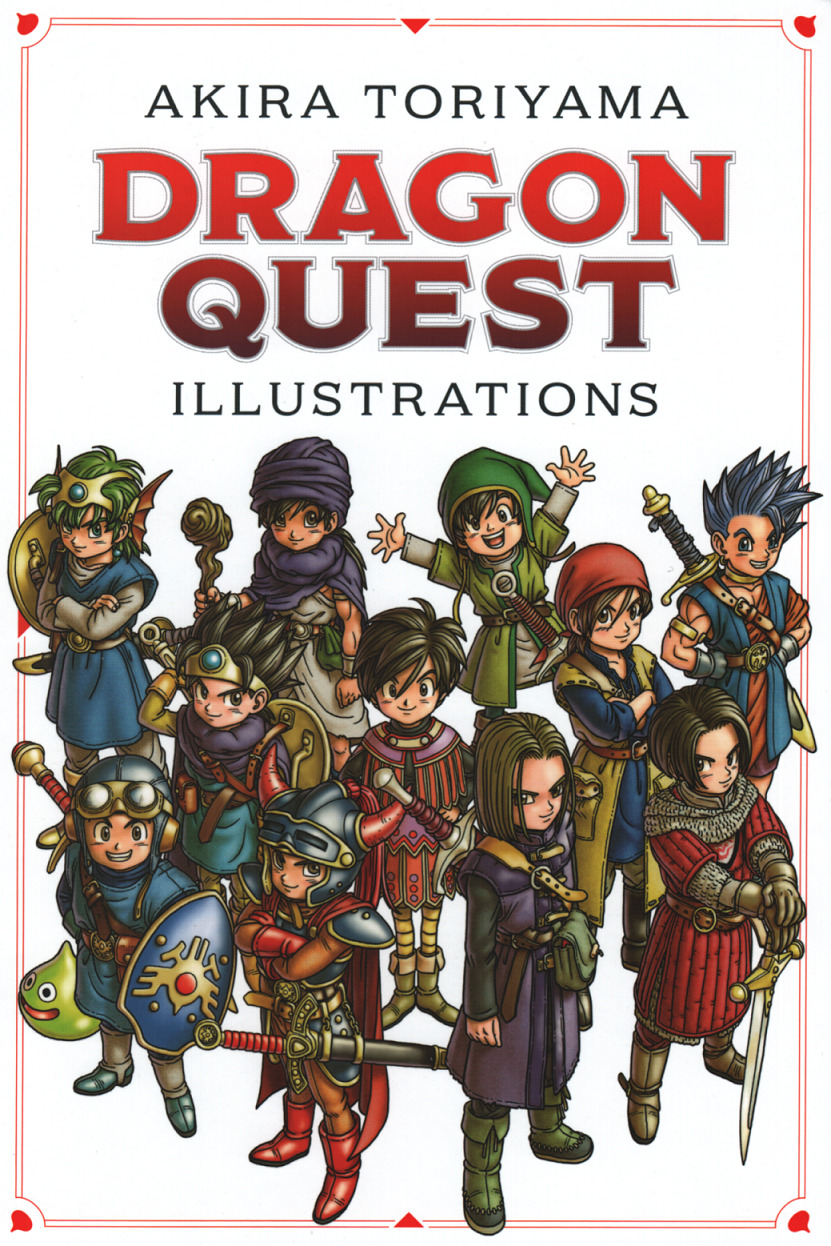 Dragon Quest Illustrations, by Akira Toriyama – This collects some of Toriyama’s drawings from the ten DQ games that were out at the time it was released, as well as the spin-offs. The main focus is on character designs, both of playable heroes and of monsters. There’s a very distinctive look to the work, generally with a lot of humor and weird details. Some of the monster designs ended up unused, or weren’t used until later games. The DQ2 pictures include some rendered in pixelated style, although this seems not to have continued with other titles. As the book notes, the human characters start looking more realistic with DQ4. I’m still not sure why in DQ3, a male gadabout/goof-off is a clown, while the female is a Playboy bunny. All of the DQ6 heroes seem to have angry eyes for some reason. There’s an unused second form for Zoma from DQ3 where he’s become a bunch of ghostly floating shapes. Other interesting monsters that never actually appeared include the Tower of Eyes, a gas dragon emitting gas from holes in its back, a minotaur with one breast exposed (basically the same as the troll design, but with a bull’s head), and a tree with a bunch of hands. The book notes how the original first form for Nimzo in 5 became Murdaw in 6, and an early concept for the hero of 6 evolved into Terry. The Imp from 3 is tentatively labeled as “Small Satan,” while a larger monster from the same page is “King Satan.” 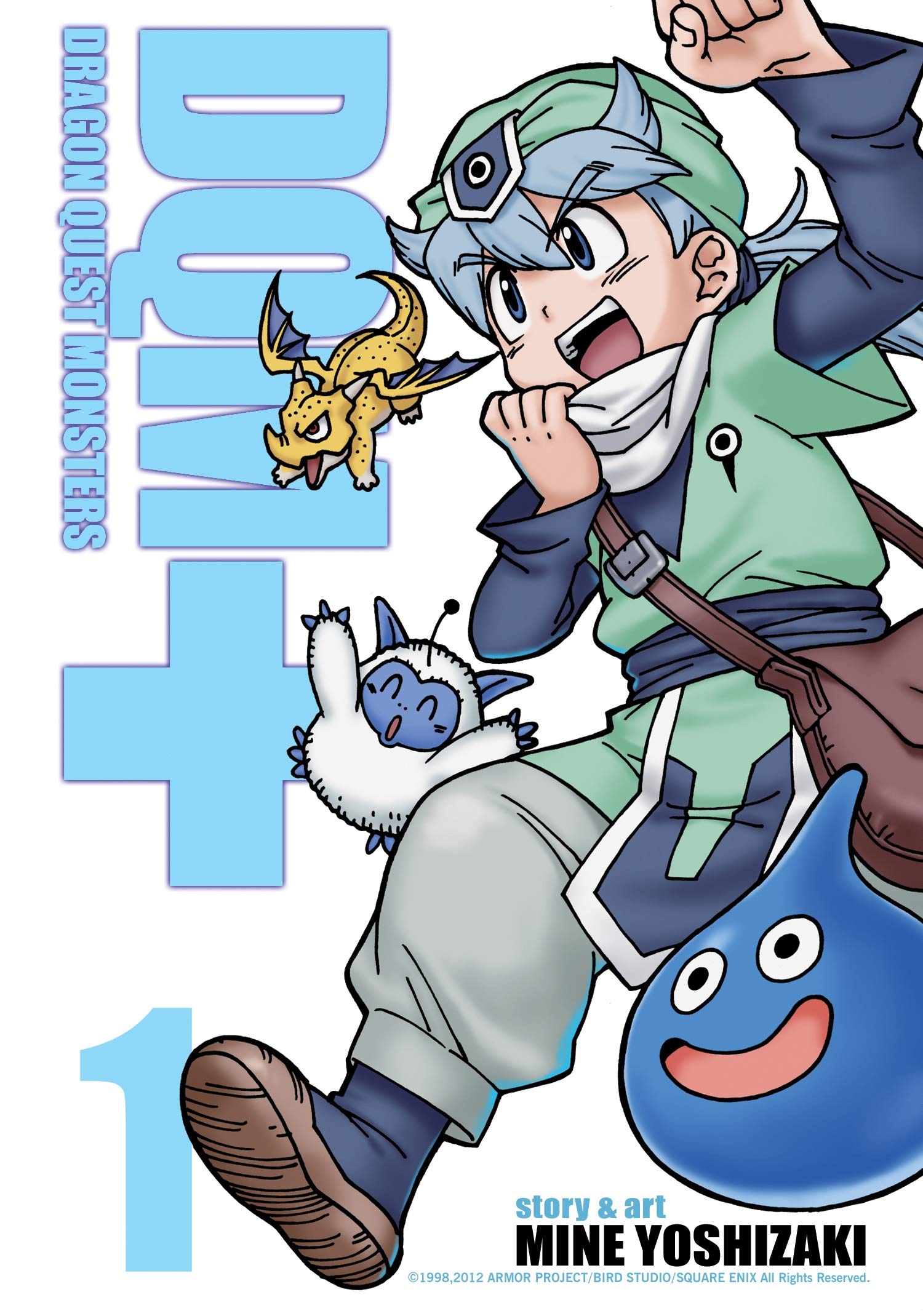 Dragon Quest Monsters+, Volume 1, by Mine Yoshizaki – This manga is a follow-up to the original DQM game, which was about how Terry (the playable character) and Milly were transported to a world of giant trees to become monster trainers. After an introduction summarizing Terry’s adventures in the Kingdom of GreatTree, we’re introduced to Kleo, a boy in an unidentified DQ world who longs to be a hero. When he’s brought to GreatTree by the guardian Watabou, he at first has no interest in monster training, but he later comes to realize how exciting it can be. He teams up with Slib, a Slime trained by Terry whose power is much greater than that of most of his fellows due to his wealth of experience. The Dragonlord also makes a significant appearance, coming to GreatTree through a magic gate and merging with the powerful dragon Xenlon. It’s a fun read, and I hope to obtain the later volumes someday. 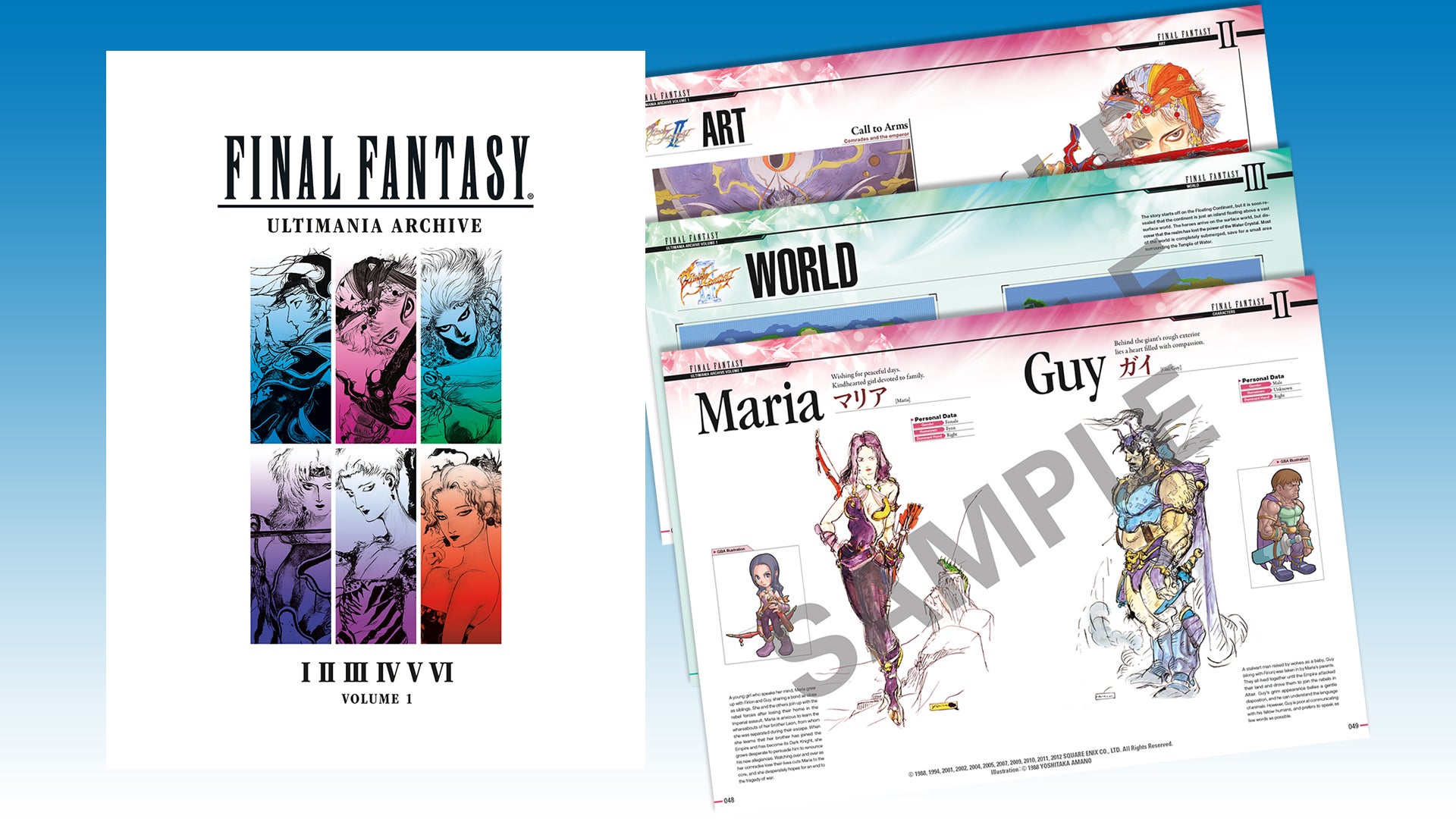 Final Fantasy Ultimania Archive, Volume 1 – This tome contains a wealth of information on the first six FF games. It’s not an encyclopedia, but it includes character profiles, plot descriptions, monster illustrations, game highlights, and details on each entry’s development. Yoshitaka Amano, who did most of the character art, has a style very different from Toriyama’s for Dragon Quest. While the latter are bold and often goofy, the former are kind of wispy and fluid, but no less detailed. There’s what I might call a sort of ethereal beauty to them. 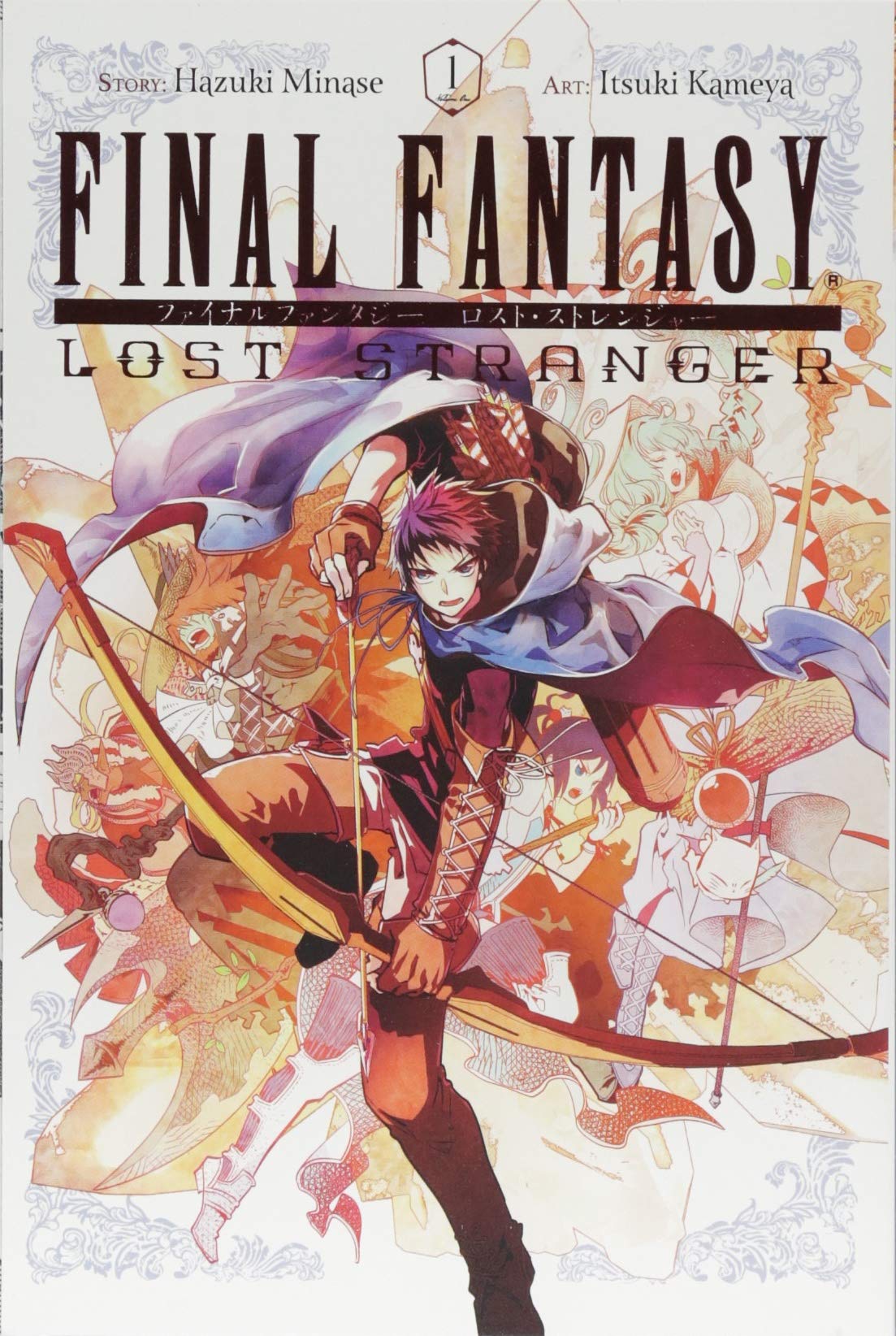 Final Fantasy: Lost Stranger, Volume 1, by Hazuki Minase and Itsuki Kameya – Shogo Sasaki, a young man with encyclopedic knowledge of the FF series, and his sister Yuko are working at Square Enix in Tokyo when they’re magically drawn into an FF world that hasn’t yet appeared in a game. Shogo finds out he has the Libra ability, which allows him to see the components that make up things that he sees, but doesn’t work at finding the weak points of monsters. It does allow him to do pretty intense research on the world in which he finds himself. We find out, among other things, that Chocobos have smelly drool and Moogle chest tufts feel like dog fur. Shogo and Yuko take up with a party of adventurers, and there’s a pretty quick mood shift in that Yuko dies while crossing a cliff. It turns out that the Raise spell is considered legendary in this particular world, but Shogo vows to find it anyway.