The Ascent of Men 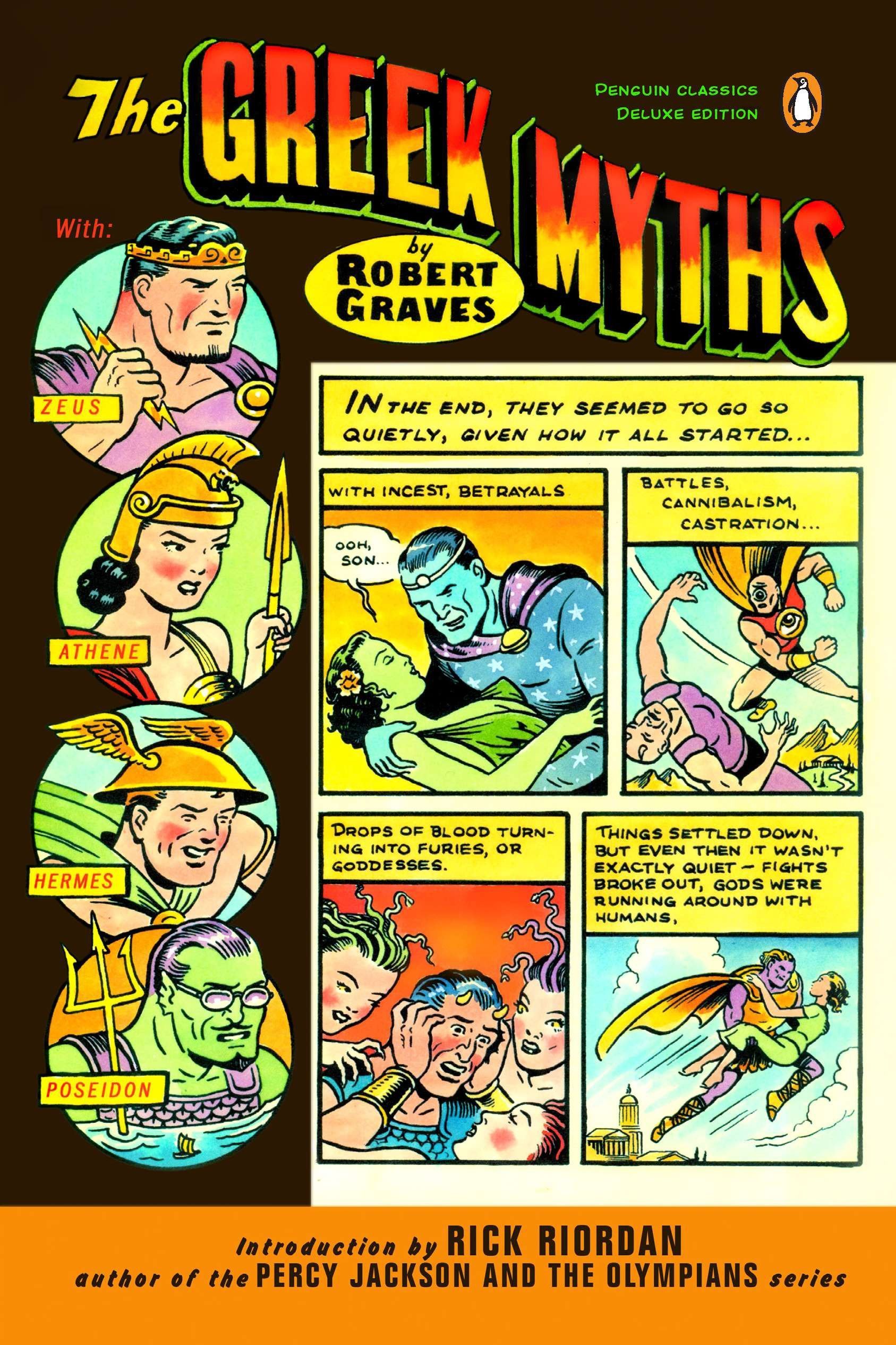 The Greek Myths, by Robert Graves – The library system only had one copy of this, so it took me a few checkouts to finish it, but I finally did. It’s an interesting and pretty thorough retelling of Greek mythology, often praised for its writing style but criticized for its questionable scholarship. Graves takes each myth, often giving several versions of it, then gives his own explanation as to its origins. One theme throughout the book is that of the ancient matriarchy gradually being overtaken by men. It’s something I’ve come across at other times; I know Matilda Joslyn Gage was a supporter of the idea, although I think her proposed woman rulers were more beneficent. Essentially, Greece was ruled by priestess-queens, and they’d enter into sacred marriages with men, who would serve as king but would be sacrificed after a set period of time. Later kings found ways to rule for more time, and to pass down the kingship to their own sons. I’m not really sure what the evidence for this is, and it kind of sounds like anti-feminist rhetoric disguised as support of matriarchy. The women were fully in charge, but they also killed a lot of men for no apparent reason? There are myths that tell of male gods overthrowing older goddesses, often Earth Mother types, giving some suggestion of conquest by the patriarchy; but I guess I doubt it was as neat as Graves and his ilk make out. Graves tends to interpret myths as symbolic of this struggle, and often suggests that the stories we have now are often based on misinterpretations of older pictures. Again, that probably happened sometimes, just not necessarily to the extent that incredibly diverse Greek myths all originally referred to the same exact themes. So it’s weird, but still worth reading. The edition I read included an introduction by Rick Riordan and comics-style cover art by Ross Macdonald. 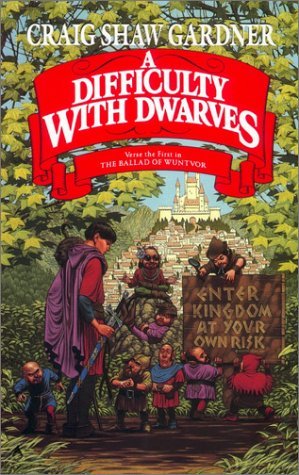 A Difficulty with Dwarves, by Craig Shaw Gardner – This humorous fantasy novel is actually the fourth in a series, so I think I’m going to go back and read the earlier ones if I can. But anyway, it’s pretty entertaining, nothing uproarious but definitely funny. Wuntvor, apprentice to the great wizard Ebenezum, is tasked with journeying to the Eastern Kingdoms to seek a cure for the curse that makes the wizards of Vushta allergic to magic. Unfortunately, he’s distracted along the way by his old allies, including a song-and-dance team of a dragon and a damsel, a cheerful shoe-making brownie, and an amorous unicorn. He’s also forced to temporarily join forces with his old nemesis, the poetic demon Guxx Unfufadoo; and is frequently bothered by a committee of demons from the Netherhells. It’s pretty chaotic overall. The dwarves, while they’re there, are really just a quick gag, and probably only in the title to maintain alliteration.

Dragon Quest Monsters+, Volume 2, by Mine Yoshizaki – This part of the ongoing story addresses something I’d wondered about the DQM games, which is how you can breed or synthesize versions of boss monsters from the main series to join your team, even though they were always presented as individuals rather than just types. Here, we see that the Dragonlord who appeared in the previous volume is the result of a synthesis and not the same as the real Dragonlord, who in fact eventually kills his near-duplicate. The land in which Kleo finds himself with Slib and Junior is Alefgard from DQ1, or at least a copy of it, and he they have a run-in with the hero of that game. That character, by the way, just called “Hero” as if that’s his name. It turns out that Terry had gone rogue, having learned a new monster synthesis technique from Mortamor, and is trying to create the ultimate monster. We also see the result of breeding between Junior and the She-Slime Lime. 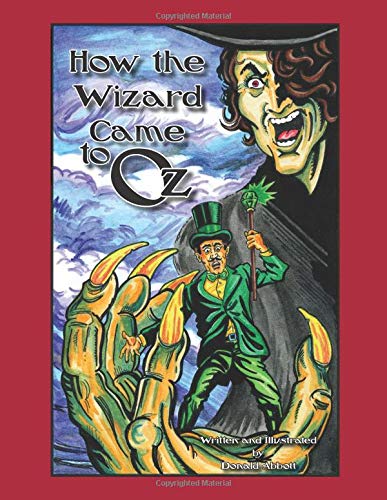 How the Wizard Came to Oz, by Donald Abbott – I’ve read the original book of this title, as well as the Oziana story that came before that. This one is a graphic novel adaptation, collecting the strips that were previously available online. What’s immediately apparent is that Abbott, who imitated W.W. Denslow in the books he illustrated for Books of Wonder, is using a totally different artistic style here. The story is largely the same, but fills in extra details and leaves out a few other things. The Wicked Witches of the West and East summon various monsters to try to kill Oscar Diggs or drive him out of Oz, but he manages to overcome all of them with circus tricks and some real magic he receives from Glinda, who is largely working behind the scenes. There’s a bit of an origin for the Cowardly Lion, and an appearance by an animated scarecrow who presumably isn’t the same as the famous one. Trying to think of how well it gels with other apocryphal tales of this time period, it occurs to me that David Hulan’s “The Gauds of Oz” has the WWW getting the Golden Cap from the jeweler who made it, while here she steals it from where Quelala had it hidden; but there might be a way to make both true. Also, there are some contradictions with Hugh Pendexter’s earlier “Oz and the Three Witches,” although my thought is that this details a time in between when Oscar was driven out of the Winkie Country and when he started building the Emerald City, or perhaps concurrently with it, so sometime between pages 54 and 65 of the graphic novel. Finally, Jared Davis’ “The Way of a Lion” suggests that the Cowardly Lion’s father was done in by Kalidahs (EDIT: actually the giant spider, although Kalidahs do appear in the story) instead of the WWW, but the death doesn’t actually happen on the page. Abbott is currently working on an ongoing sequel comic, telling the story of The Wonderful Wizard of Oz from a different perspective.

5 Responses to The Ascent of Men