What Would Baum Do? 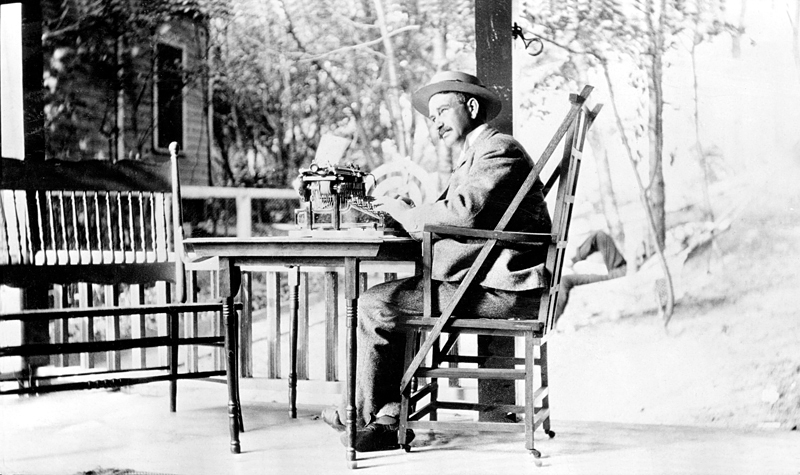 The Autumn 2019 Baum Bugle has an old article by the late Fred Meyer, which I think I’d seen some version of before, postulating on what L. Frank Baum might have written if he’d lived longer. Obviously we can never really know. The first Oz book written by Ruth Plumly Thompson was introduced by the publishers as having been based on notes by Baum, but it wasn’t and it doesn’t read like Baum anyway. There was apparently a letter to a young reader suggesting he might write about Polychrome next, which would have been interesting. While Polychrome appears from time to time in books by later authors, none of the official books give her a starring role. Meyer mentions the fragment called simply “An Oz Book” that’s attributed to Baum, which was the basis for a round robin Oziana story in which I participated. March Laumer had also done something with it some time earlier. The fragment focuses on the lake near the Emerald City, which appears on the endpaper map from Tik-Tok of Oz and is mentioned in The Lost Princess of Oz, but not described in detail. It would eventually be further explored by John R. Neill, who named it Lake Quad. The map included places Baum hadn’t yet written about, but might have later planned to, and in most cases did.

How much he’d worked out about them, though, we don’t know. While the place labeled “Magic Waterfall” appears in Scarecrow, it’s called the Great Waterfall in the text and there’s no indication of its being magical. The Yip Country from Lost Princess is on the map, but other places introduced in that book are not. The Forest of Gugu from Magic is there but not labeled. And while the northwestern part of the Gillikin Country is labeled “Skeezers,” the island in a lake where these people are later established as living is not shown. Baum clearly worked with the map in mind when writing the later books, however; and Dorothy even mentions its mysterious reference to the Skeezers early in Glinda.

As for the other map of the countries surrounding Oz, some of them are from Baum’s non-Oz fantasies, but the only one he never used at all is the Kingdom of Dreams. So the maps aren’t really that much help in guessing what ideas Baum might have been planning. Several of the ideas he did use were apparently suggested by fans. Would he have gone back to tie up loose ends? He did in Tin Woodman at a reader’s request, but the other later books don’t do that. One theme that does recur in these tales is the characters visiting outlying communities within Oz and often solving problems there. This was something other authors continued, although I have to wonder if Baum would have put in quite so many new places. He does write in Magic, “Indeed, I’m sure it will not be long before all parts of the fairyland of Oz are explored and their peoples made acquainted with their Ruler.” There’s also the question as to whether Baum would have tied in any of his other non-Oz works, or do more with the ones he’d already made part of the same world. Lost Princess, Tin Woodman, and Glinda all take place entirely within Oz; but Magic does include a brief visit to some outside fairylands. Rinkitink was originally written as a separate book, but he tied it into Oz. Was there anything else he might have done that with? Perhaps not, as he stuck with original plots after that one, and I don’t know of any other completed or almost completed novel-length fantasy manuscripts he’d written. I read somewhere that he wanted to reissue Policeman Bluejay with the subtitle “An Oz Book,” but that was presumably just for marketing reasons, as it’s actually tied in with the Twinkle Tales, stories where the magic generally happens in our own world or in dreams. It also looks like he might have been leading up to more appearances by the Frogman and the Tin Soldier, characters the other Famous Forty writers largely ignored. But ultimately, we’ll never know, and I do like what other writers have done with Oz, even if it isn’t necessarily what Baum would have done.