Iran to the Ends of the Earth

I’m still not entirely sure why Republicans are so anxious for a war with Iran. I mean, I think war should generally be a last resort anyway, but here I’m not even sure what the benefit would be. That’s not to say there isn’t a lot wrong with Iran. From what I understand, they have a horrible human rights record, but that’s obviously not something Trump fans are concerned about. And the United States seems really determined to give Iran the moral high ground, which, as I’ve indicated, is pretty difficult. But, I mean, back in the fifties, the US overthrew an elected leader to install a friendly autocrat. And much more recently, Trump pulled out of the nuclear deal, as part of his attempt to undo everything his predecessor did. When the deal was new, Republicans were talking about how it was terrible because the Iranians wouldn’t abide by it. But if they didn’t, the US would have some leverage and an actual excuse to retaliate. And, thanks to Trump, we’re the ones who ended up not abiding by it. The US then assassinated Qasem Soleimani, not a great guy from what I hear, but there also didn’t appear to be any real justification for it. Of course, Trump and company are people who think they don’t NEED to justify anything, especially to the electorate. Remember when people insisted Trump was anti-war? Some of them probably still do. I read this article about it recently. Obviously Trump was never a pacifist. Some of his contradictory rhetoric during the election DID border on isolationism, but that’s a very different idea, even if they often both oppose war. One is not wanting to use violence and killing to solve problems, while the other is basically not caring. 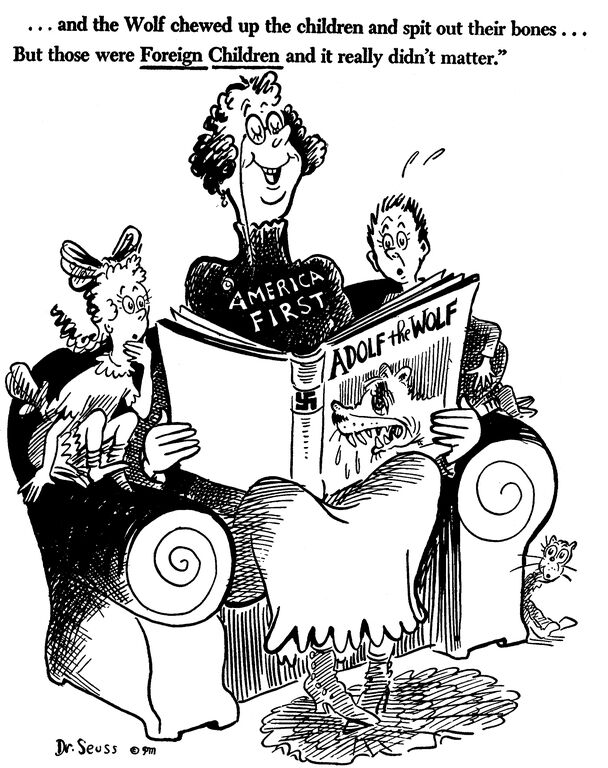 One thing I’ve seen mentioned a bit recently is that Trump’s evangelical followers (and yes, it’s bizarre that he would HAVE an evangelical following, but I’ve already written about that) like the idea of war with Iran because they want to hasten the End Times, which sounds even more violent than Iran saying they want to wipe Israel off the map. Also, isn’t that trying to rush God? And why Iran? From what I can recall, the Bible doesn’t seem to regard Persia all that negatively, except in Esther. Cyrus, the Persian ruler who conquered the Babylonians, is mentioned favorably for allowing the rebuilding of the Temple in Jerusalem. Revelation 16:12 refers to the River Euphrates drying up to make way for “the kings of the east,” which at the time would have been the Parthians, a rival empire to the Roman.

Much of this empire was centered in modern-day Iran, and I’ve heard that there was a popular myth after Nero died that he had come back to life and taken power among the Parthians, making him “the beast that was and is not” from the next chapter. This doesn’t really show the Parthians favorably, but if this interpretation is correct, it means their intervention is an inevitable part of bringing down Rome, the actual enemy. Of course, after the political situation changed and it didn’t result in Jesus coming back to Earth (at least not that anyone knew of; maybe he returned incognito), it was reinterpreted by many successive generations. Ezekiel 38 tells of an invasion led by Gog of the land of Magog, allied with Persia, Ethiopia, Put (identified with the Berbers), Gomer (the Cimmerians), and Beth-togarmah in Asia Minor. So here we’re getting the Persians as an enemy, but not the main enemy. I’ve written before about how Gog and Magog, who also show up in Revelation, have been frequently reinterpreted. The Scofield Reference Bible, first published in 1909 and revised in 1917, directly states that Magog is Russia, connecting the reference to Gog as “chief priest of Meshech and Tubal” with Moscow and Tobolsk. Scofield wasn’t the first to make this connection, which apparently dates back to the sixteenth century; but he popularized it in its apocalyptic context, and Ronald Reagan appears to have adhered to it. Cyrus Scofield was an adherent of Dispensationalism, a theological position arguing that history could be divided into several different periods, each of which has different interactions between God and humanity.

The current age, that of grace, started with the crucifixion and will end with the Rapture, to be followed by the Millennial Kingdom. Jack Chick and Harold Camping were both highly influenced by this philosophy. Scofield was writing a few years prior to the British Mandate for Palestine, so the prophecies as he interpreted them gave great significance to the physical return of Jews to Israel, which is part of why there are so many fundamentalist Christians who are fervent supporters of Israel despite not necessarily being pro-Jewish, because they think it’s necessary to bring about the End Times and that a bunch of Jews will eventually convert en masse to Christianity. And Iran is a vocal opponent of Israel, so they get to be part of the prophecy as well. This brings us back to the frequent criticism of Biblical interpretation that nobody can really explain which parts are literal and which are figurative. Prominent Dispensationalist Hal Lindsey made a big deal of how the United States wouldn’t figure into the End Times because it isn’t mentioned in the Bible, even though it’s also a real stretch to say it mentions Russia. We obviously shouldn’t be basing foreign policy on prophecies from thousands of years ago anyway, but isn’t it even more disingenuous to insist on interpretations that fit with your personal prejudices?