I’m going to try to write something about politics, which is something I’ve been thinking about quite a bit as of late. It seems that most of what I want to say has already been said, though; and when I write a more serious post it seems to get no responses except from people pointing out minor errors. I’m not saying you can’t point out errors; I want to be accurate. But when that’s ALL I get, it’s kind of disappointing. But hey, I’ve been writing so much Nintendo-related stuff recently that I feel I should break it up a little. 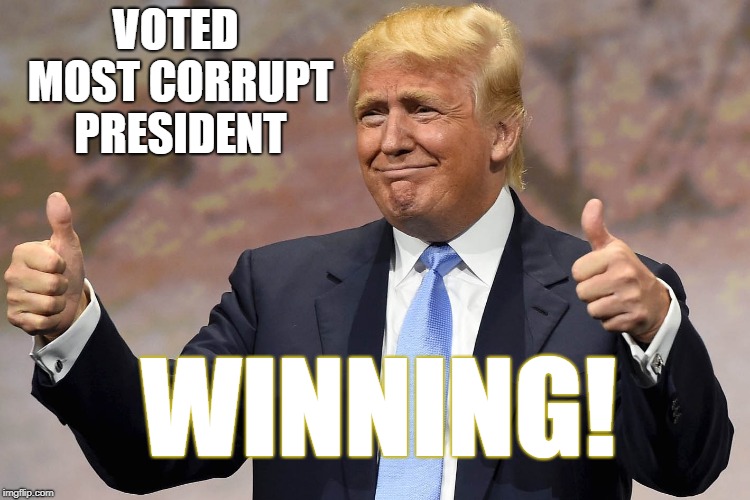 I’ve been watching the Democratic debates, although I’ll admit I tune out sometimes. They’re long and contain a lot of repetition. But it doesn’t seem like the candidates are saying all that much about fighting corruption, although it’s possible I’ve missed it. It looks like a lot of what Donald Trump is getting away with hasn’t been specifically defined as illegal because nobody really thought anyone would try it. And when it is clearly illegal, there’s not much anyone can do as long as the majority of the Senate has his back. So maybe the Democrats should propose more ways they could hold corrupt politicians accountable. Maybe they don’t want to because it’s not like Democrats are free from corruption. They’re generally not as bold about it, though; and are more likely to call each other out instead of just supporting the team. Why are the Republicans so eager to defend everything Trump does, anyway? I don’t think it’s that he has dirt on them, because everybody has dirt on him, so that seems likely to backfire (not that he wouldn’t try it). I think many of them LIKE the idea of authoritarian leaders, as long as they agree with their policies. I do have to say that the Democrats did do their part in the impeachment, as they did during the Brett Kavanaugh hearings. It was ultimately futile in both cases, but sometimes you have to stand up for what’s right even if you know you’re not going to win. And really, considering how much Trump complained about the impeachment, did he even realize the Senate was going to acquit him? He seems genuinely terrified of things that ultimately don’t have much effect on him, which is a weird combination with his utter shamelessness. I’m not even sure it would be that difficult to get him to back down if more people in power called him out on his shenanigans. 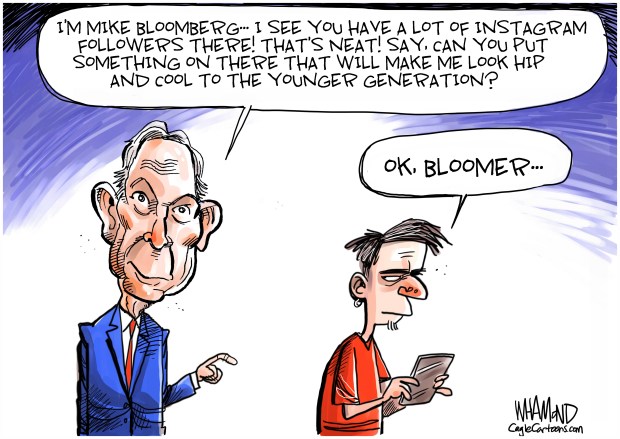 I will say last night’s debate was more entertaining than many of the previous ones, if also kind of scary. I’ve said before that I’m not big on the candidates attacking each other, especially when the important thing is getting rid of Trump more than it is a particular person winning. But I get why people are angry at Michael Bloomberg. There are other candidates I don’t like much, but they all put in the work with the campaigning, debating, and such. Bloomberg comes in at the last minute to an already crowded field and thinks he can just buy his way to victory, and for all I know he could be right. It’s also weird that he didn’t really have any responses to the others’ arguments, when he must have known some of those issues would come up. It’s not like Joe Biden had a good answer to Kamala Harris’ question about opposing the busing of black students either, but while he really should have, it does appear he was taken somewhat by surprise. Bloomberg is also hardly the only one who avoids questions in favor of just going back to his stock talking points. I like Bernie Sanders, but he totally does that as well. But Bloomberg’s racist and sexist actions have been heavily covered, and he doesn’t even have an argument prepared, nor does he react when people around him are presenting serious charges against him? Sure, he said he regretted the stop-and-frisk policy, but did he say anything at all about the racist comments he’d made? And the best he could come up with respect to sexual harassment was that his victims WANTED to sign non-disclosure agreements? I mean, maybe they did if the other option was to let him get off scot-free, but that’s not much of a choice. Is there any non-sleazy reason anyone would use an NDA?

Does someone have to ask how we’re going to pay for universal health care in every single debate? Anything a politician proposes is going to cost money, and most of them aren’t going to be as beneficial to as many people. But even the moderators seem biased against the idea. It’s pretty disingenuous to argue that a lot of people will lose their health care plans under Medicare for All without mentioning that they’d get different and likely better coverage. But then, even the self-declared Democratic Socialist in the bunch won’t just come up and say that, yes, your taxes might go up, but it’s a trade-off because you won’t have to pay for health care. Sounds like a good bargain to me, but I’m probably not typical in that respect. And if we go with Pete Buttigieg’s Medicare for All Who Want It, wouldn’t that mean there’d be even less money coming in? Wouldn’t you rather pay taxes for something you can use? I do have my doubts on whether universal health care is something that can get enough votes to pass. I’m still surprised the Affordable Care Act was passed, and that didn’t even address most of the underlying problems with the system. Shouldn’t we have an ultimate goal, though, even if it’s not going to happen anytime soon? When you know you’re going to have to negotiate, you start with what you really want and THEN compromise. President Obama always seemed to have trouble with this concept. But then, there are still a lot of moderate Democrats. I guess the way I see it, the Trump presidency has made it harder to ignore the issues with the status quo, particularly when it comes to racism, sexism, and money letting people get away with just about anything. A moderate would be a huge improvement over Trump, but business as usual isn’t working for a great many people. It’s rather telling how many candidates made a point of saying they were capitalists. I get that capitalism is likely here to stay for the time being and that we’ll have to work largely within that framework, but that doesn’t mean you have to be in love with income inequality. When anyone suggests an idea that’s even slightly progressive, someone will inevitably say they’re helping Trump win, like he and his supporters won’t just make up lies no matter where his opponent falls on the political spectrum.