Get Out of Town 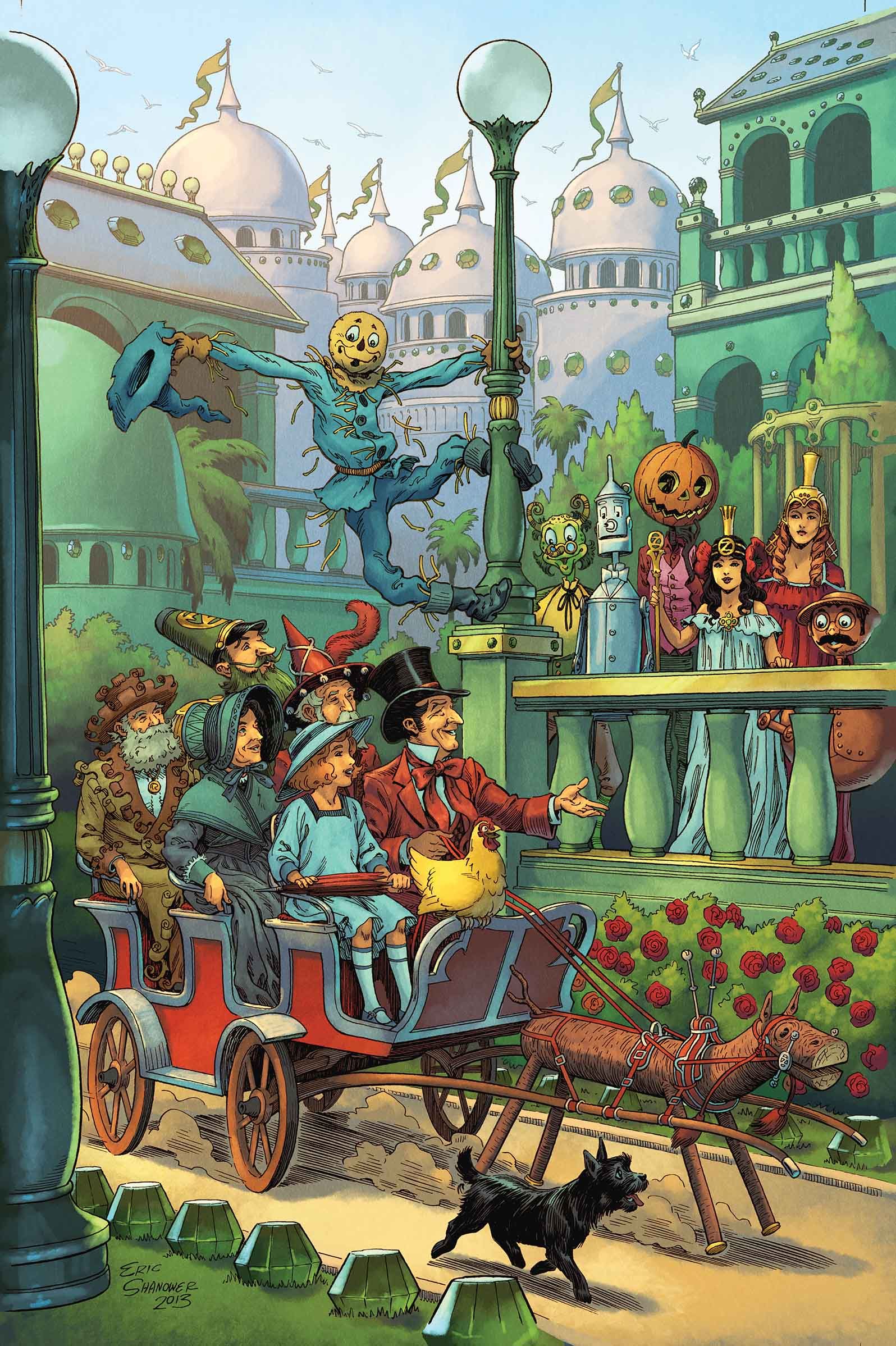 There are a lot of characters who come to live in Ozma’s palace, or sometimes elsewhere in or near the Emerald City. Is the city becoming overcrowded? Probably not, considering that it has the same population in L. Frank Baum’s The Emerald City of Oz as in Ruth Plumly Thompson’s The Gnome King of Oz, but then a lot of time has passed since then, and most authors bring a few more characters to live in the capital city. Of the Famous Forty authors, I believe Jack Snow is the only one who didn’t. The thing is, there are characters who move there and then move away, or who live there but are frequently absent. The Scarecrow comes to live there in Wizard, moves in with the Tin Woodman in Land, and seems to live in the city again until he gets his own place in Emerald City. According to Scarecrow, “[h]e lived part of the time in Ozma’s palace at the Emerald City, part of the time in his own corncob castle in the Winkie Country, and part of the time he traveled over all Oz.” And according to Speedy, “he spends most of his time in the Emerald City.” The Tin Woodman was never an official resident of the city, and Jack Pumpkinhead only lived there for a little while, they’re both frequent visitors. And the Cowardly Lion appears to be a full-time resident despite still ruling a forest in the Quadling Country. The Shaggy Man and Glass Cat live there but are frequent wanderers around the country. Dorothy and Toto also explore quite a bit, and Button-Bright has a habit of getting lost. In Patchwork Girl, Ojo and Unc Nunkie are given their own house “just outside the walls of the Emerald City.” Ruth Plumly Thompson’s Ojo has them both move out of the area, but in the John R. Neill books Ojo is seen in the city along with Kabumpo, who lives in Pumperdink in other books, something I’ve addressed in the past. Ojo and Unc Nunkie are both back in the city in Jack Snow’s books, although not necessarily permanently.

Other characters who settle in the region outside the city itself include Notta Bit More, Bob Up, and Nickadoodle in their tent. Magic ends with a memory-wiped Ruggedo being given a home in Oz, which according to Kabumpo is “a small cottage…just outside the Emerald City.” I have to wonder about Kiki Aru, as it would make sense for him to remain in the city as well. Sean Patrick Duffley’s “Much Ado About Kiki Aru” has it that he did for a little while, but eventually moved back to Mount Munch. Uncle Henry and Aunt Em are given a room in the palace in Emerald City, but are said to live “in a pretty cottage near the palace” in Scarecrow, and “a comfortable little farm just outside the Emerald City” in Grampa. The Frogman becomes “a favorite at the Emerald City” at the end of Lost Princess, and is still hanging around in Magic and Glinda. Captain Fyter is said to serve Ozma at home for a while, but then to relocate to the Gillikin Country to keep order. Thompson’s first book, Royal Book, has Sir Hokus of Pokes, the Comfortable Camel, and the Doubtful Dromedary move into the capital; but the former two move out in Yellow Knight. The Dromedary remains in the city, although Ruth Waara’s Magic Cryptogram has him decide to move to Bourne with Belfaygor‘s son Giles. In the Neill books, Jenny Jump comes to live in the Emerald City, mostly in her Style Shop but she also has a suite in the palace. Number Nine lives with his uncle in the capital in Wonder City, but rides a blue mule to the city from the Munchkin Country in Scalawagons. Bucky and Davy Jones end up living in Lake Quad. I don’t believe Hungry Tiger says that Carter Green came to live in the city, but Ojo identifies him as a member of Ozma’s court. As comfortable as the capital seems to be, being invited to live there doesn’t always mean staying forever.