The Search for More Mushrooms

Annabel, by L. Frank Baum – I noticed some definite similarities between this one and some of the other Baum non-fantasies that were included in Oz-Story Magazine. Like Sam Steele’s Adventures on Land and Sea, it has a boy who goes into a business partnership with an older protege, and eventually finds out that not only is his father still alive, but someone has been ripping him off. And The Flying Girl is largely about a business rivalry, as is this. There’s also a love story in Annabel, though, between the protagonist Will Carden and the titular Annabel Williams. She’s from a rich family to which Will sometimes sold vegetables, and he was a friend of hers and her siblings until the snobby Mrs. Williams says she doesn’t want him hanging around anymore. So he goes into business selling mushrooms for a doctor, and becomes pretty successful at that. He also ingratiates himself to the Williams family by saving Annabel when she falls through some ice. Mr. Williams, who owns the local steel mill, sends Will to England to investigate a steel refining process very similar to his own in a Birmingham mill. That’s where he finds that his father is living there, and the boarder at the Carden house has been ripping them off for a long time. This was another pseudonymous work by Baum, originally credited to Suzanne Metcalf. 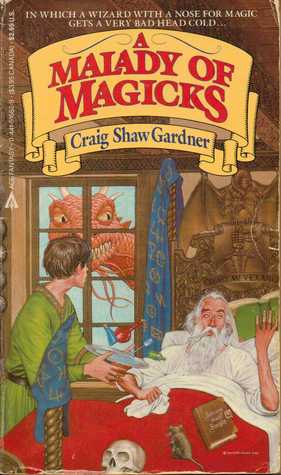 A Malady of Magicks, by Craig Shaw Gardner – Since I’d read the fourth book in this series, I decided I should go back to the beginning. It includes the bit about the dragon and damsel who start a stage show that had appeared in A Dragon-Lover’s Treasury of the Fantastic. When the wizard Ebenezum summons the badly rhyming demon Guxx Unfufadoo, who curses him to become allergic to magic. Ebenezum and his apprentice Wuntvor, who narrates the story, head toward the legendary city of Vushta trying to find a cure. Along the way, they meet people from the wizard’s past, and pretty much everyone seems to be trying to rip someone off. It also introduces the cursed warrior Hendrek, who begins pretty much every line with the word “doom!” I assume this was always intended to be a series, since there isn’t really a conclusion at the end. 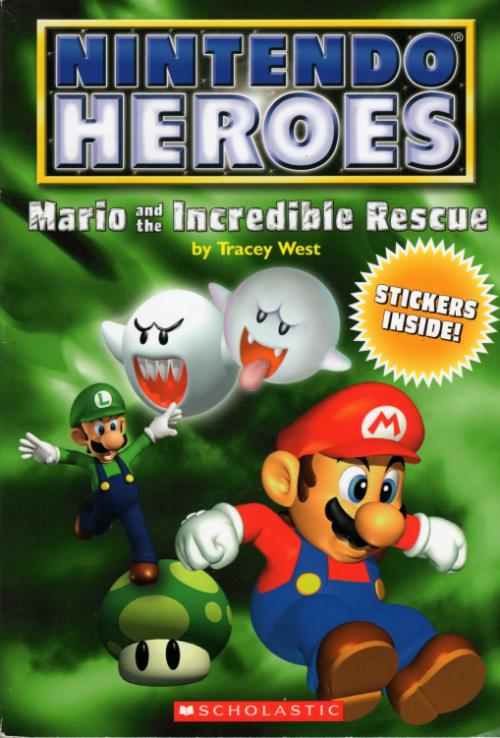 Mario and the Incredible Rescue, by Tracey West – This is a sort of odd novelty that I learned about on the Super Mario Wiki. Published in 2006, it was originally offered through an elementary school book club. Interestingly, a lot of the locations that appear in the story are directly from Super Mario RPG, which was released a decade previously. Not surprisingly, the plot centers around Bowser kidnapping the Princess, but this time he does it with the help from some ghosts. While Boos are shown on the cover, these ghosts seem different, as they’re conjured up by a stolen magic book and are intangible. Mario, Luigi, and Toad meet with the sorceress Cybele, from whom Bowser stole the book, and she sends them on a quest to recover six magical mushrooms that can undo the spell. There’s a puzzle that the characters have to solve to find each one, and I would have thought they’d print the solutions on the next page so kids can try to solve them before seeing the answer, but often the answer is provided on the same page. Yoshi and Wario put in appearances as well, the latter’s part being a reference to Mario and Wario. I’ve learned from experience that it can be difficult to write out video game actions in prose, but it’s not like this is trying to be great literature anyway. I think the main difference between this and most of the other official Mario tie-in stuff I’ve encountered is that it’s really not jokey, instead taking a very straightforward approach. 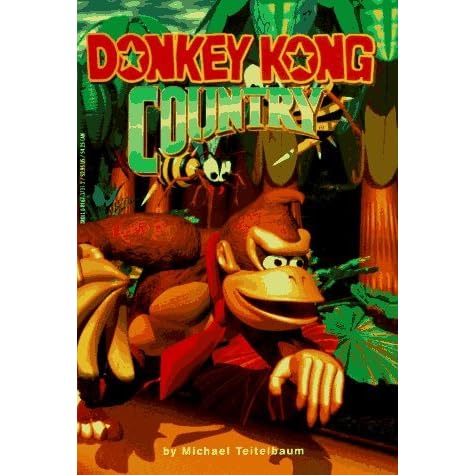 Donkey Kong Country, by Michael Teitelbaum – Another grade school level book based on a video game that I bought from the same bookseller, this retells the story of the first DKC game. Cranky goes along with Donkey and Diddy Kong on their journey, and while he mostly just complains, he does help out a few times. The four animal friends all make appearances as well, although Funky and Candy do not. There’s a bit of an environmental theme in that the factory is said to be poisoning the air on Donkey Kong Island. It’s really just following the game in that respect, as the Kremkroc Industries area is really polluted, but it was still interesting. There are two more books in the DKC series, the second based on Donkey Kong Land and the third on DKC 2: Diddy’s Kong Quest. While I haven’t read them, I understand the second has Cranky identify Big Ape City as where the original Donkey Kong game took place. Whether that makes it the same as New Donk City is a question I’m not sure will ever get an official answer.