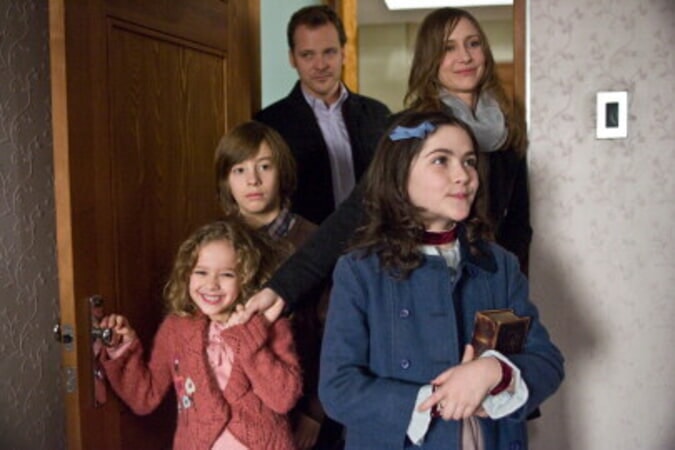 Orphan – I’m trying to avoid spoilers for this one, but you still might want to avoid it if this is something you haven’t seen and want to. Films about evil kids are a genre unto themselves. We just saw We Need to Talk About Kevin, and this has much the same theme, but with a crazy twist. A couple who lost a baby in childbirth adopt a very intelligent Russian girl from an orphanage, and the mother comes to suspect she’s trying to sow chaos in the family. Her husband doesn’t believe her, and the other kids are blackmailed into not speaking up. I sort of called the twist, not really because I just briefly considered it then figured it would be too silly. It doesn’t make a whole lot of sense, I guess, but they did make an attempt to explain it. I’ve heard there was some criticism of the movie because it might scare people away from adopting kids, and there’s a pro-adoption message on the DVD to kind of make up for it. I don’t think it comes off as being against adoption in general, though. The more prevalent stereotype enforced here is that Russians are kind of creepy. 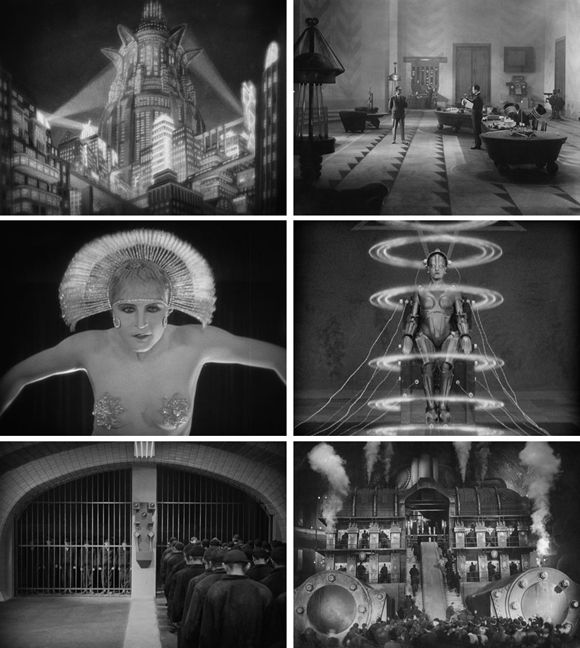 Metropolis – There are spoilers in this review, but come on, it’s almost one hundred years old! This 1927 film is considered the first full-length science fiction movie. It was also a favorite of the Nazis, even though the director, Fritz Lang, was Jewish. There’s an anecdote about Goebbels wanting him to make films for the Nazis and promising to ignore his Jewish background, but he escaped to France and then to the United States. His wife, who helped to write the story, joined the Nazi Party. Not that that really has anything to do with the content, which is hardly pro-fascist; but that may be part of why Lang was later quite critical of his own work. Visually, the film is very impressive, mixing Art Deco and Gothic styles. Lang has said the look of the city was largely inspired by the New York City skyline of the time. The story takes place in 2026 (at least that’s mostly what I’ve seen, although Wikipedia says 2027), a century after the story was written, and it’s coming up in a few years. The wealthy live in a paradise in the sky, while the workers toil underground in terrible conditions. It seems to be a pretty condemning indictment, if somewhat derivative even for the time, but as things go on it becomes rather moderate and toothless, at least from how I saw it. There’s also a strangely Christian theme to it, with a lot of Biblical references, some specifically stated. Freder, the son of the city’s leader Joh Fredersen, goes underground to find a woman who had visited the sky with some of the workers’ children. He sees how horrific things are for the workers, and takes the place of one of them whose job is apparently to keep the reactor that runs the factories from overheating, which he somehow does by moving clock arms around. It seems like it would be an annoying mini-game in a video game.

The woman Freder had seen earlier, Maria, holds secret meetings in the catacombs where she promises the coming of a mediator, someone who could negotiate between the classes. Rotwang, a mad scientist who lives in an anachronistic house, is making a robotic duplicate of his old love Hel, who left him for the leader and died giving birth to Freder. Fredersen convinces him to instead give the robot the appearance of Maria so she can mess with the workers, but Rotwang intends to have the fake Maria destroy Fredersen and the city as well. Under her lead, the laborers riot and destroy the machines they work on, flooding the underground. It ends with Freder bringing together his father and the foreman, metaphorically using heart to bring together head and hands. So the message isn’t so much that social inequality needs to be addressed as that the rich just need to pay a little more attention to the poor? Maybe that wasn’t the intention, but it’s how it came across to me. The attempt of the workers to rebel was misguided, and they only ended up hurting themselves. But then, I’m hardly the first to note that the politics of the film are rather simplistic. And a mediator who’s the son of the guy in charge, whose main trait is compassion, who supports non-violence in the face of oppression, and who was brought by someone whose name is a variant of Mary (although she’s his lover rather than his mother) sounds pretty Jesus-like to me. Abraham and Moses had also mediated between God and humanity, but they weren’t his literal sons. It doesn’t hurt that the robotic Maria is directly compared to the Whore of Babylon from Revelation.