One game I’ve been playing recently is Kirby’s Extra Epic Yarn, the 3DS port of the Wii game that came out some years ago, which I was interested in but never played. Kirby was turned into yarn some time before Yoshi was (by the same development team, I understand), and the idea probably owes something to Paper Mario, at least aesthetically.

The mechanics are somewhat different from other Kirby games, but it’s still really cute and easy to get into. The story has it that the evil sorcerer Yin-Yarn has invaded Dream Land, and when Kirby tries to inhale him, he turns into yarn himself. 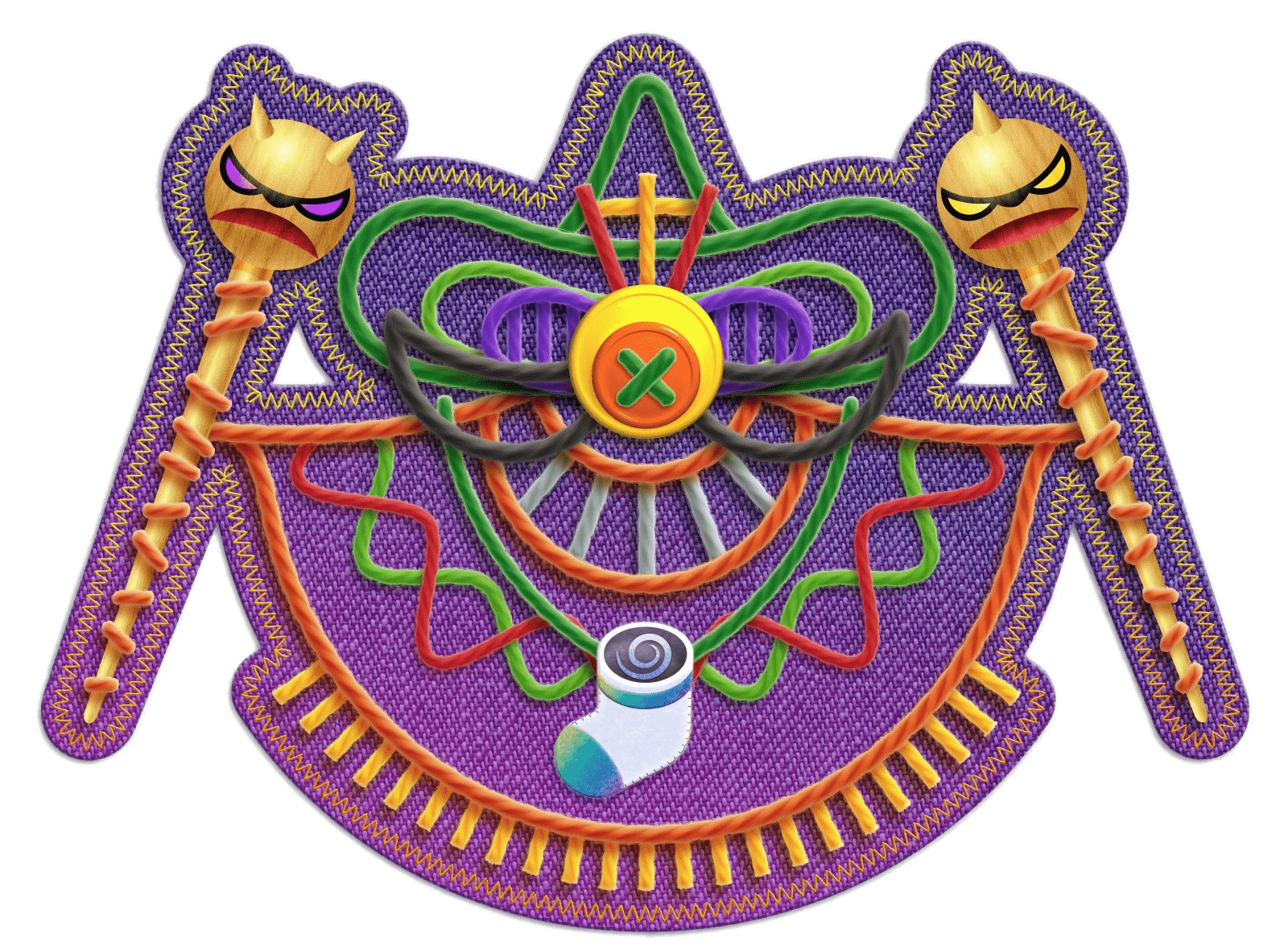 Yin-Yarn uses a magic sock to transport Kirby to his home in the cloth-based Patch Land (not to be confused with the Kingdom of Patch in Oz), and starts turning Dream Land into another country of scraps and patches. Since he’s made of yarn, he doesn’t have his signature abilities to float and inhale enemies. Instead, his default weapon is a piece of yarn that he can use to unravel antagonists, grab onto buttons, and pull zippers. He can also take a few other forms, including a weight, a car, a submarine, and a sled. There are also items you can collect to gain special powers like knitting needles, a wire sword, and a bobbin yo-yo; and occasional transformations into larger forms that you have to use in certain sections. Turning into a tank is pretty cool, but the part where Kirby turns into a train and you have make tracks for him is kind of frustrating. Kirby can never really die in this one. Getting hit makes you lose some of the beads you’ve collected, and falling in a pit or being crushed by a scrolling screen results in an angel named Angie taking you back to the last safe place and also taking some of your beads. 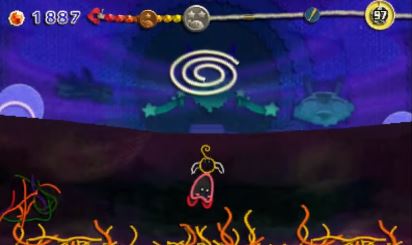 As such, the game isn’t that difficult, but it can still be frustrating, especially when you have to keep trying to cross a long gap. There were a few boss battles, like the Meta Knight one (he and King Dedede are transported to Patch Land through Yin-Yarn’s sock and possessed by the sorcerer, because fighting them is a tradition, even when they’re all technically on the same side), that I’m not sure I would have beaten if they didn’t let you keep trying. 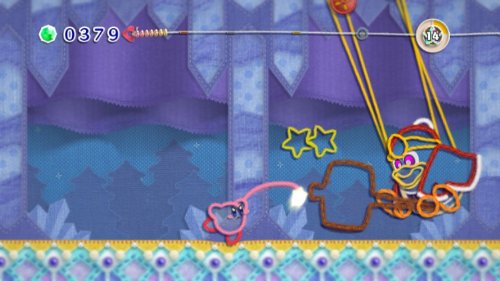 Kirby is accompanied on his journey by Prince Fluff, ruler of Patch Land, who looks quite a bit like him. From what I’ve read, he was originally going to be the hero of the game, but since he looked so much like Kirby, they instead made it a Kirby game and included him as a supporting character. He’ll occasionally show up with an item or something else to help the protagonist. There’s a map screen of sorts that lets you access levels, with fun animations to show new ones being unlocked in various ways. After you’ve beaten a world’s boss, another portion of Patch Land is sewn back to the one you’re in, and you can visit that. 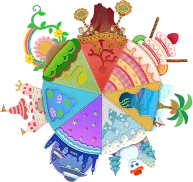 The levels include many hidden items that you can use to decorate Kirby’s Patch Land apartment, in a way reminiscent of Animal Crossing. 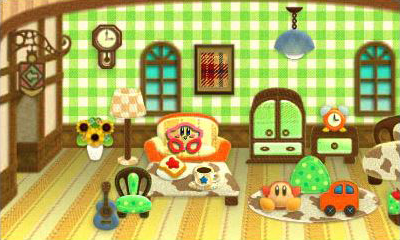 I collected as many as I could, but I didn’t focus on it, instead often just trying to get through the levels when I had some trouble with them. I was able to beat Yin-Yarn, but there are bonus levels I haven’t looked into yet.
I also wanted to look into some of the earlier games in the series. I downloaded the first two Kirby’s Dream Land games, and it’s interesting to see how some of the ideas developed. 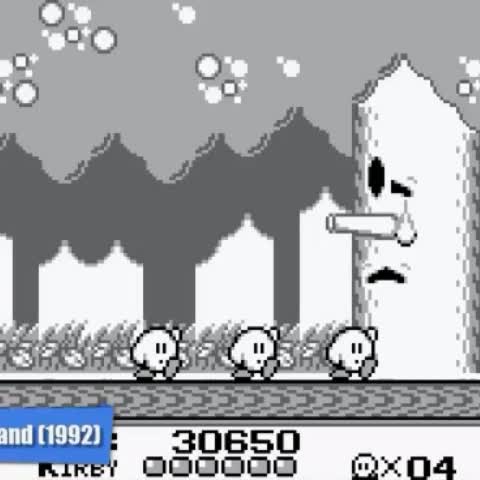 The original KDL is pretty short, just five levels long. While Kirby can inhale enemies and spit them back out, he can’t yet copy their powers in this one. From what I understand, this is the only game where Dedede is the main antagonist, having stolen Dream Land’s entire food supply. It was also before Kirby’s color was settled, which is why he’s white in the North American box art. 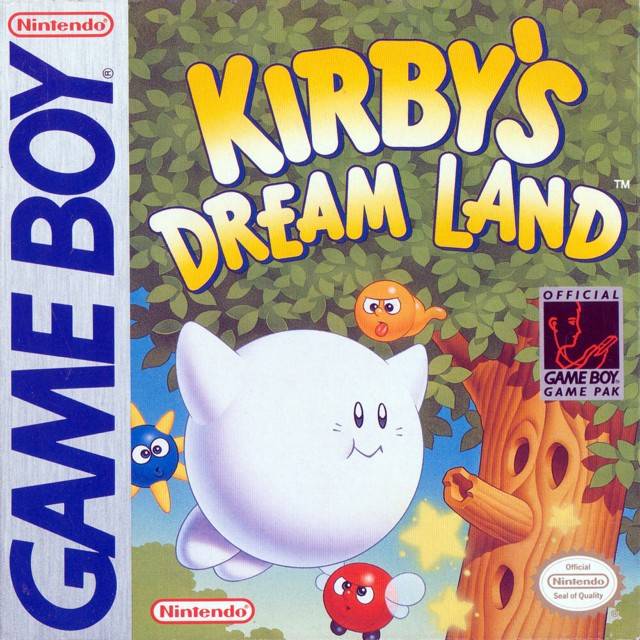 When you’ve reached Mount Dedede, there’s a boss rush, then you can fight the provision-pilfering penguin himself. I’ve made it up to him, but still haven’t managed to beat him. As far as I can tell, the only way to hurt him is to use the stars he makes when he jumps and lands or swings his hammer against him, but they disappear quickly.

Kirby’s Dream Land 2 is a bigger game, with seven themed worlds made up of several levels each. Released after Kirby’s Adventure for the NES, our hero has his signature copy ability here. He also has three animal friends who can help him out: Rick the Hamster, Kine the Ocean Sunfish, and Coo the Owl. 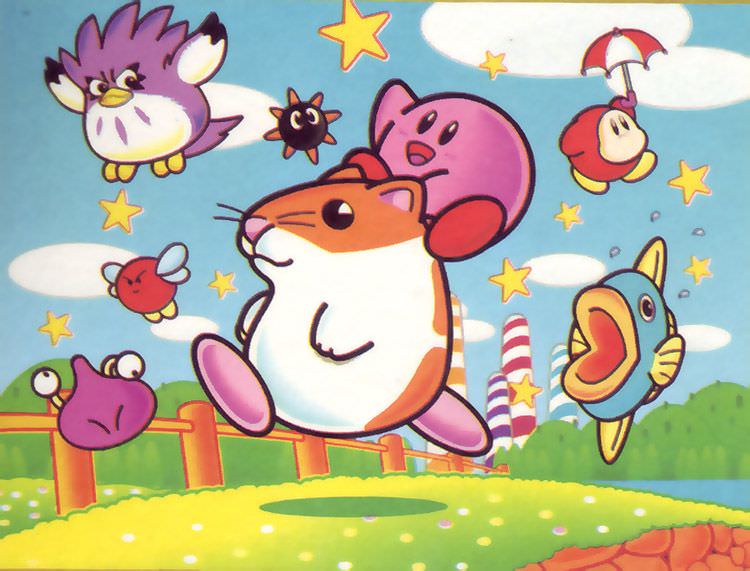 Rick doesn’t slip on ice, but Kirby can’t float while riding him. Since Coo can fly, he’s generally the most fun to control. And when you use the copy ability while with an animal, the powers change a bit. According to what I’ve read online, not only are the animals associated with land, sea, and air, respectively; but their names are derived from the Japanese words for these things. I quite like Rick’s theme music, by the way.

All three of them show up in the Kirby anime, but only on occasion. Rick has an Australian accent in the cartoon, and Kine has a crush on Tiff. I have to wonder if these three inspired the animal friends in the Oracle games from the Zelda series, as there are three of them, each one loosely associated with one of the same elements. One of them is even named Ricky. 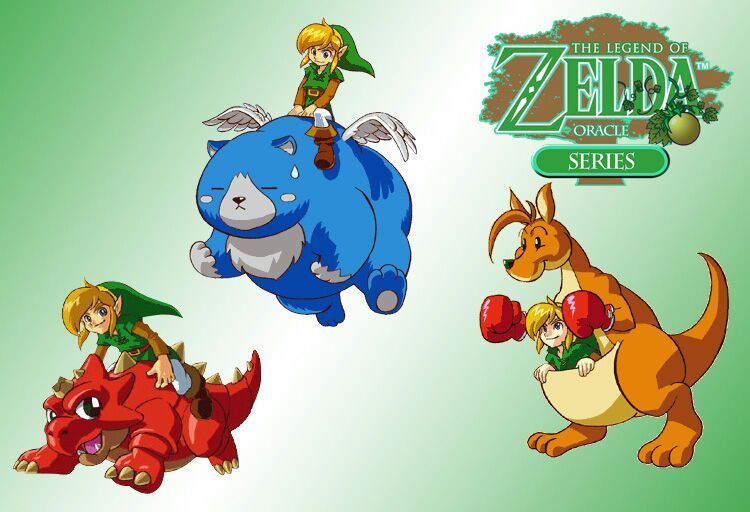 Anyway, in KDL2, I’ve made it up to the fifth level, Red Canyon. The plot is similar to that of Epic Yarn in that you have to physically reconnect the levels to progress from one to the other. The rainbows between the Rainbow Islands of Dream Land were stolen by Dark Matter, and Kirby has to restore them.