In my latest installment of video games I don’t know much about but have some interesting trivia regarding, I remember seeing an arcade game called Wonder Boy at a diner on a family trip before my parents split up. Those trips sometimes blur together, but it might have been on the way back from Montreal, the only time I’ve ever left the country. I didn’t actually play it or even see it played, but I remember you could ride a skateboard and there was an angel who made you invincible, which sounded pretty cool.

Then I don’t recall hearing about it again for years. It was ported to the Sega Master System, but I’m pretty clueless about that console. I’ve watched some footage, and it’s a colorful side-scrolling platform game where you play as a chubby cave boy in a grass skirt, trying to rescue your girlfriend from the Dark King, sometimes known as Drancon, who is able to change heads like Princess Langwidere.

Your only weapon is a stone hatchet, which you lose when you get hit, but you can generally find another in an egg. To get through the levels, you have to avoid rocks and fires, and fight off various animals. Also, Wonder Boy has to eat constantly. Your vitality meter gradually decreases, and you lose a life if it runs out, so you have to replenish it with various fruits that also give points. Is the game supposed to warn players about hypoglycemia? The protagonist is just called Boy in Japan, but has the name Tom-Tom in the English translation; and the damsel in distress is Tina, or Tanya on the Master System.

The game was ported to the Nintendo Entertainment System, but not under that name. Hudson Soft purchased the rights to the game, but they had to change some details. When someone remarked that Wonder Boy looked kind of like Hudson executive Toshiyuki Takahashi, nicknamed Takahashi Meijin (“Meijin” meaning “Master”), the hero became a caricature of him in the NES version, titled Adventure Island.

The Takahashi character is called Master Higgins in the United States, and apparently Master Wigins in the United Kingdom. He runs around barefoot and topless, but unlike Tom-Tom, he does wear a baseball cap. The main villain is now a witch doctor, although he does the same thing.

And while the manual identifies the woman you’re rescuing as Princess Leilani, the in-game text calls her Tina, like in the arcade Wonder Boy.

The angel became a bee-like fairy named Honey Girl, probably because Hudson’s mascot was a bee; and there’s a separate bee item that allows unlimited continues. And the little Grim Reaper who drains your vitality is replaced by an eggplant, one of many in games of the time.

Both Wonder Boy and Adventure Island spawned multiple sequels, but they go off in different directions. The Wonder Boy series started adding fantasy adventure elements like weapons, armor, and magic spells. Somehow, there ended up being two different games called Wonder Boy III, with different subtitles; and the follow-up to Wonder Boy in Monster World is called Monster World IV, even though there hadn’t been a Monster World I through III. I understand the protagonist of that one is a girl, so maybe that’s why calling it “Wonder BOY” wouldn’t have made a lot of sense. 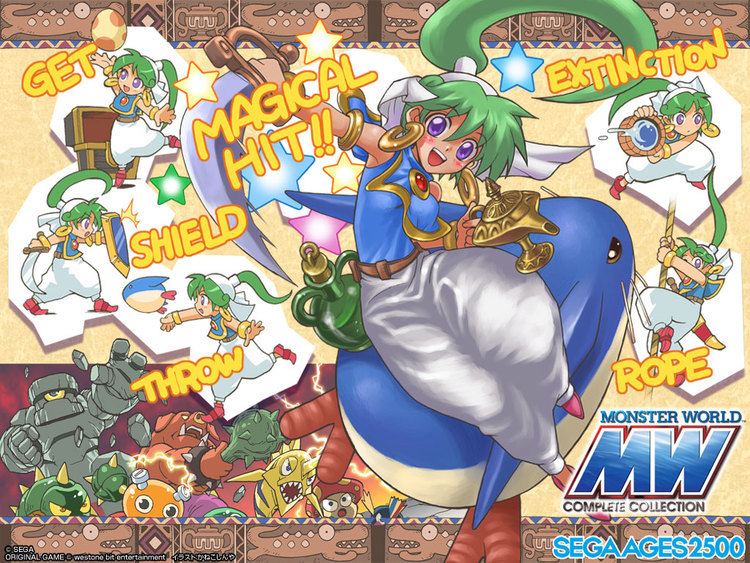 And a recent sequel for the Nintendo Switch is called Monster Boy and the Cursed Kingdom, because Sega still owns the name Wonder Boy. It’s not the same Wonder Boy every time either. The American manual for the second game, Wonder Boy in Monster Land, says that the hero is an older Tom-Tom, an nickname for Bock Lee Temjin. Later games, however, make Bock (sometimes called Book) a separate character. 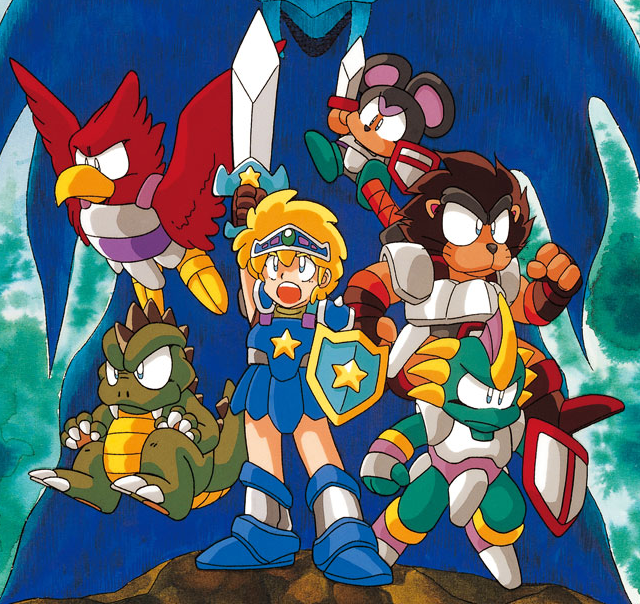 As for Adventure Island, most of the sequels continue with the platforming in a land full of hostile animals and rocks, the main addition in the second one being that you can ride dinosaurs.

I remember seeing a mention of this in Nintendo Power back in the day and wondering how Master Higgins could ride dinosaurs when Nintendo said they’d wanted to have Mario ride a dinosaur since early on, but could only do so on the Super NES. But then, I guess Yoshi‘s mechanics are more complicated than those of Higgins’ dinosaurs. The beach bum can ride on two different kinds of camptosaurus (one attacks with its tail and the other breathes fire), an elasmosaurus, and a pteranodon. (Technically, only the camptosaurus is a dinosaur, but video games aren’t generally the best source for zoology.)

The third game adds a triceratops.

The manual for Adventure Island II tries to explain the Leilani/Tina confusion by making them two separate sisters, but that would doesn’t explain why he would have rescued Tina after setting out to save Leilani in the first game. Did he accidentally save the sister of the person he was pursuing, and then say, “Eh, close enough”? I understand that Tina in the original Wonder Boy had a sister named Pina, but I don’t know that she has an equivalent in Adventure Island. Even more confusingly, in the next game, you’re rescuing one Jeannie Jungle, who also appears to be the same person as Leilani and Tina. 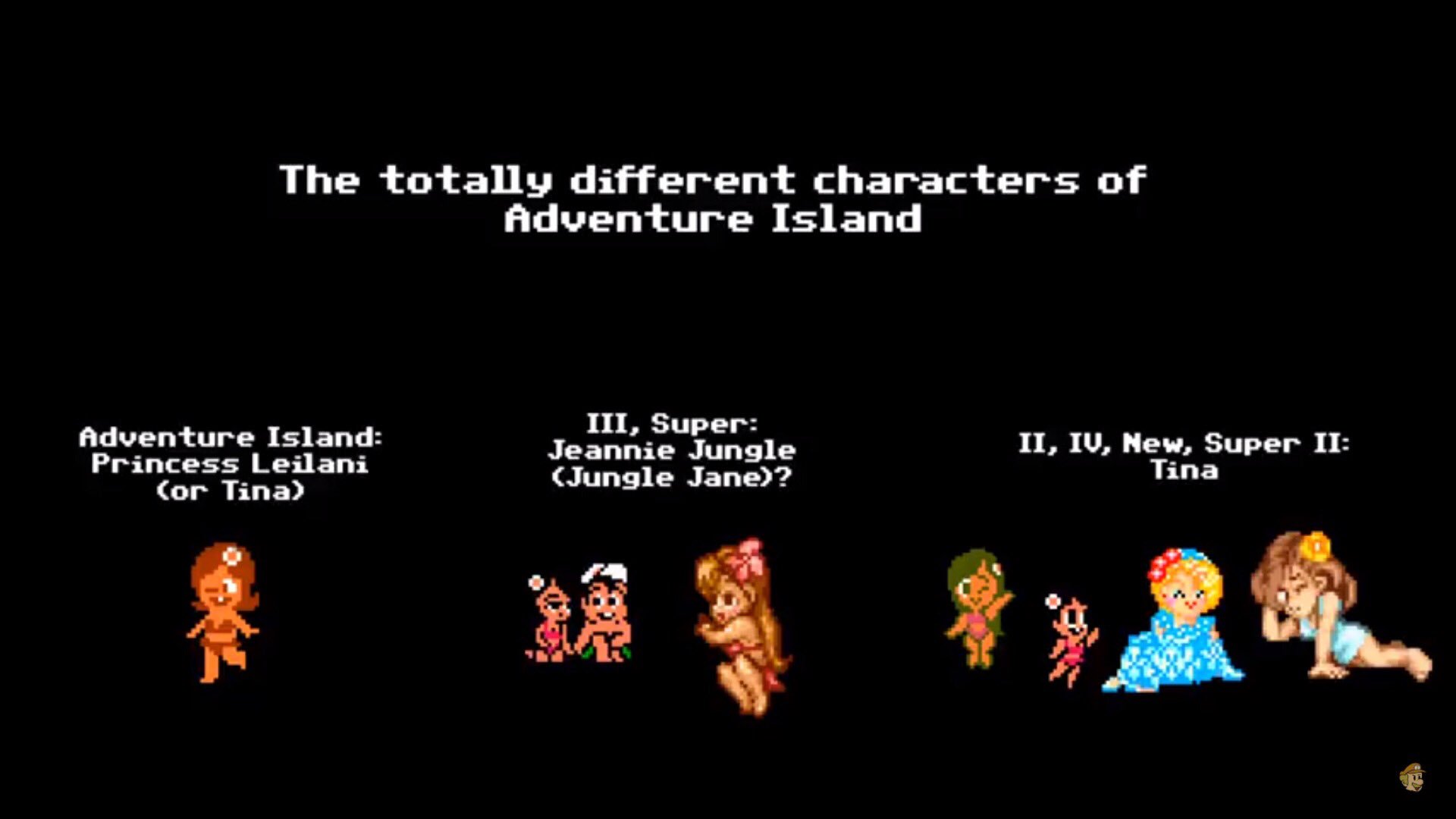 In fairness, this was hardly the only localization inconsistency in games of the time. I don’t know that she’s said to be a princess anywhere outside the manuals, either. The first game’s manual also says she was kidnapped and taken to Adventure Island in the South Pacific, when her design makes me think she’s supposed to be a Pacific Islander. Well, except for a few scenes in Super Adventure Island II where’s she’s a blonde white lady, despite not looking like that in the rest of the game.

And I guess there’s no reason why someone of South Pacific ancestry or origin couldn’t have been living somewhere else, but I believe later games suggest she and Higgins both live on a Pacific island, and they do eventually get married. Or maybe he’s polygamous, or she’s into role-playing.

I also found out today that there was an anime based on Adventure Island, where the main character was Honey Girl, and that was also turned into a game in Japan. 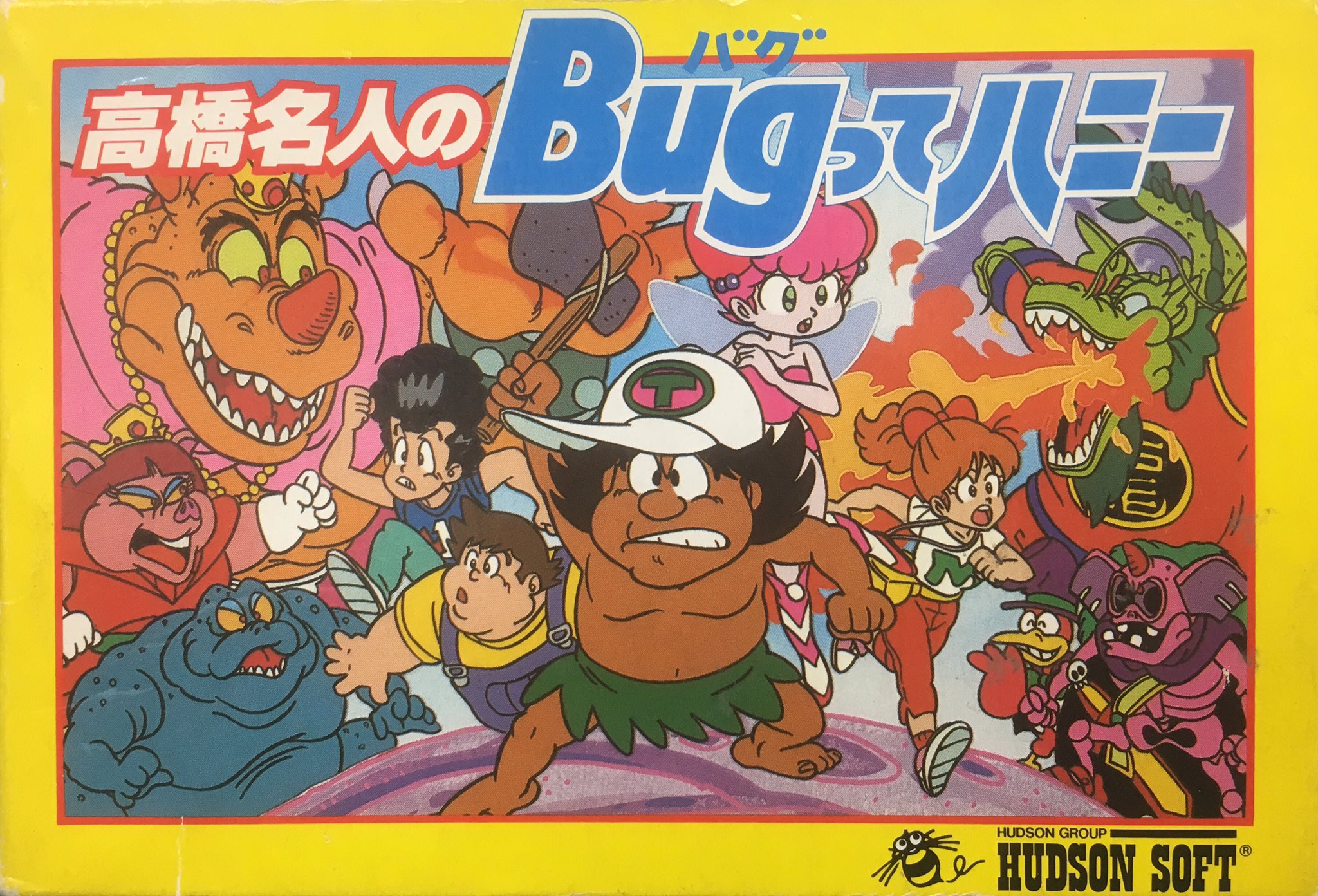