He Blinded Me with Scienstein

The video game I’ve actually been playing the most as of late is Breath of Fire 2, which I remember from the Super Nintendo. I’m sure I’ll have more to say about it soon. I just got past the part where you have to fight Trout. Trout’s rival is named Kilgore, obviously a Kurt Vonnegut reference, but I’m kind of surprised the translator caught it considering how bad the translated dialogue is otherwise. 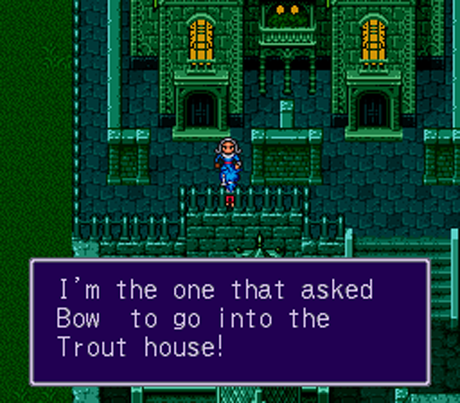 But I’m actually not discussing that game this time, but rather a character from the Wario games. 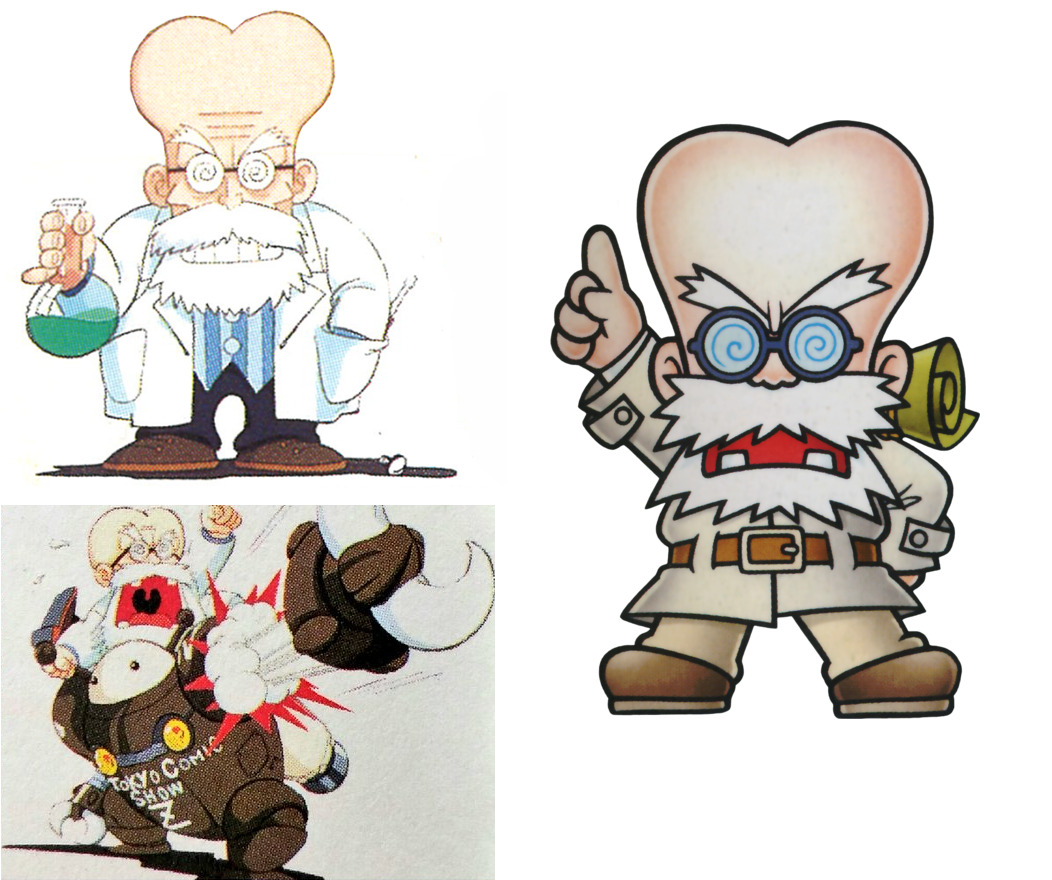 Mad Scienstein appears in Wario Land 3 and 4, but his first appearance was well before that in a Game Boy game called The Frog for Whom the Bell Tolls, which was never released outside Japan.

I watched a translated playthrough of the game, and it’s pretty amusing, very tongue-in-cheek. It has the same engine as Link’s Awakening and was made around the same time. A character from the game shows up in Awakening, which isn’t that unusual as Mario and Kirby characters do as well, as does a variation of Dr. Wright from SimCity. 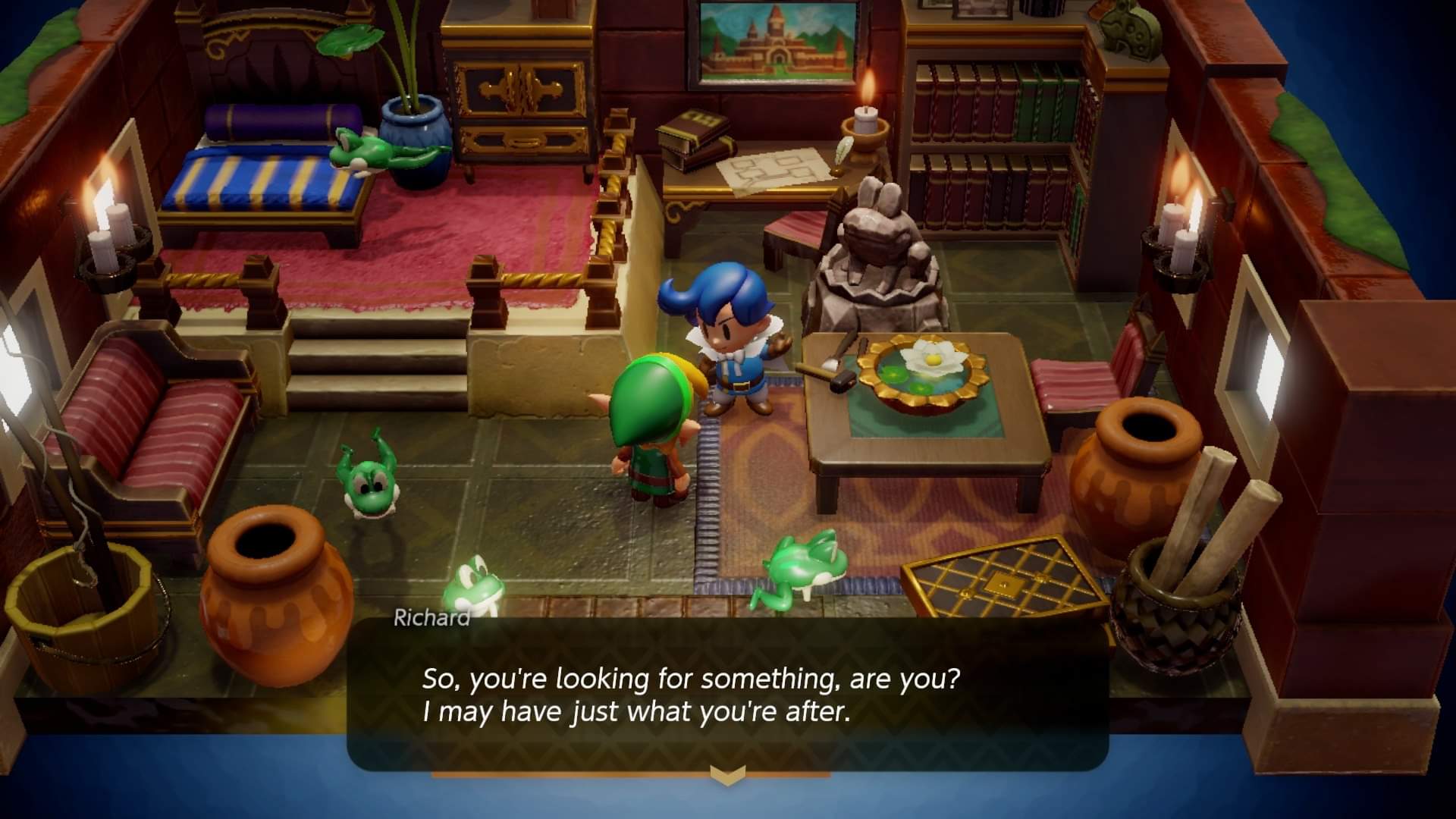 Frog is also a mostly top-down game with some platforming sections, and it has a version of the Lost Woods, gloves to move rocks, and enemies that are basically the same as Moldorms. There’s also a cameo appearance by Shigesato Itoi, who created the Mother/EarthBound series. He also hosted a show about a hunt for gold, which is why he’s a gold miner in the game.

In Frog, you play as the Prince of Sable, a good-hearted but naive guy whose best friend and rival is Prince Richard of the Custard Kingdom. The Croakians, subjects of the serpentine Lord Delarin, have invaded the Mille-Feuille Kingdom with the intention of marrying its Princess Tiramisu. Richard goes off to save the allied kingdom, hoping to win the Princess’ hand in marriage and forbidding his friend to go with him. When the Prince arrives in the kingdom on his own, he finds out that Richard and his army were turned into frogs by the witch Mandola, and that Delarin considers frogs to be a delicacy. The Prince is turned into a frog himself, but eventually gains the ability to change form between human, frog, and snake at will. The oddest part of the game is the combat, which is automatic when you run into an enemy. A cartoon dust cloud appears, and both the Prince and his foe take damage based on their relative statistics. In frog form, you can eat insects; while the snake can use venom to turn weak enemies into blocks. Anyway, there’s an inventor in the game called Arewo Shitain-hakase, “hakase” meaning “doctor,” “Arewo” being a play on the Japanese for “I want to do that,” and “Shitain” being the same as “stein.”

He lives on Nantendo Island, enjoys sushi, and creates a few contraptions to help the Prince: a more powerful glove, a helmet that tames a defrosted woolly mammoth, and a giant mech that the doctor unsuccessfully uses to try to fight Delarin. The fan translation calls him Dr. Ivan Knit to preserve the pun of his first name, but he’s likely the same guy who shows up eight years later in Wario Land 3, there called “Mad Stein” in Japanese and “Mad Scienstein” in English. He’s wearing a helmet so you can no longer see the bumps on his head, though. Perhaps it was originally just intended as a quick reference, but the character has reappeared in other games as well.

WL3 mostly takes place in a world inside a music box that our antihero finds in the woods, where an evil clown demon tricks Wario into freeing him. Mad Scienstein appears to be one of his minions, but he actually helps Wario by dropping invisibility potions that he can use to get through security doors.

Dr. Mario 64, released in the following year, includes several characters from WL3, who must have somehow escaped from the music box. Scienstein here steals Mario’s Megavitamins so he can cure his evil clown boss, here given the name Rudy.

Stop your messing around. Time to think of your future.In story mode, both Mario and Wario chase after him, and in the former character’s ending Mario cures Rudy. He may not be licensed, but he still follows the Hippocratic Oath. In Wario Land 4, Mad Scienstein appears again, only here his name reverts back to Arewo (even in English, I believe) and he’s an archaeologist who investigates the Golden Pyramid. 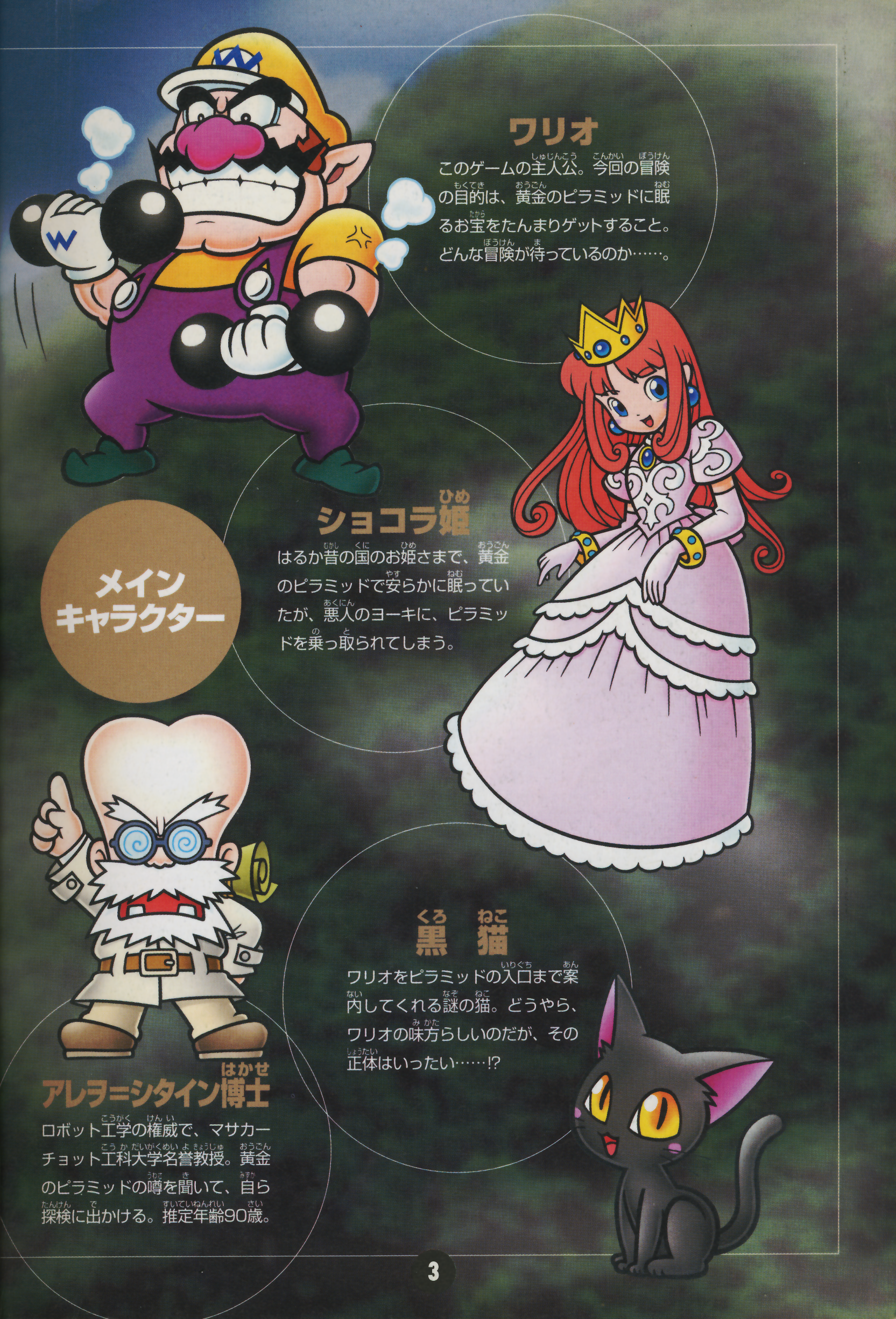 A Japanese guide to the game says that he’s part of the Engineering Department at Masakachotto University. Based on a Google search, the name is a combination of the words for “impossible” and “a bit.” His being an engineer better fits with his role in Frog, but I guess he’s one of those fictional scientists who works in pretty much every branch of science at some point or other. In the game, Wario actually throws Scienstein around in order to get through some areas, which sounds rather painful for the professor. 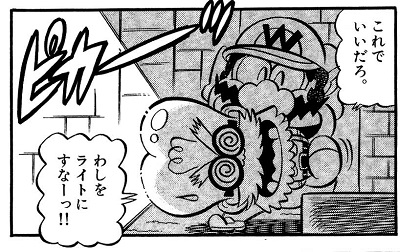 And according to a mock interview with Wario, the doctor looks at pornographic magazines while he’s not working. This is the same interview in which Wario talks a lot about pooping. Classy!

This does raise the question of how Scienstein, or whatever you want to call him, got from the Frog world to Mario’s, although I guess he was in the music box world in between the two if the games take place in release order. Thank goodness for warp zones, I guess. Actually, the dessert-based names in Frog (I had to look up “mille-feuille,” but it’s a French pastry) are similar to the ones Luigi visits offstage during the events of Paper Mario: The Thousand-Year Door, with its Waffle Kingdom, Strudel and Pudding Continents, Princess Eclair, and Minister Crepe.

Picture by Angel OrtizWario Land 4 itself has a Princess Shokora, meaning “chocolate” in French by way of Japanese transliteration. But the convention of naming characters and places after food, and especially sweets, is so common that this probably can’t be taken as evidence of some connection. I also doubt it’s anything Nintendo is likely to address. 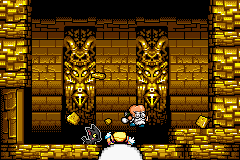 1 Response to He Blinded Me with Scienstein