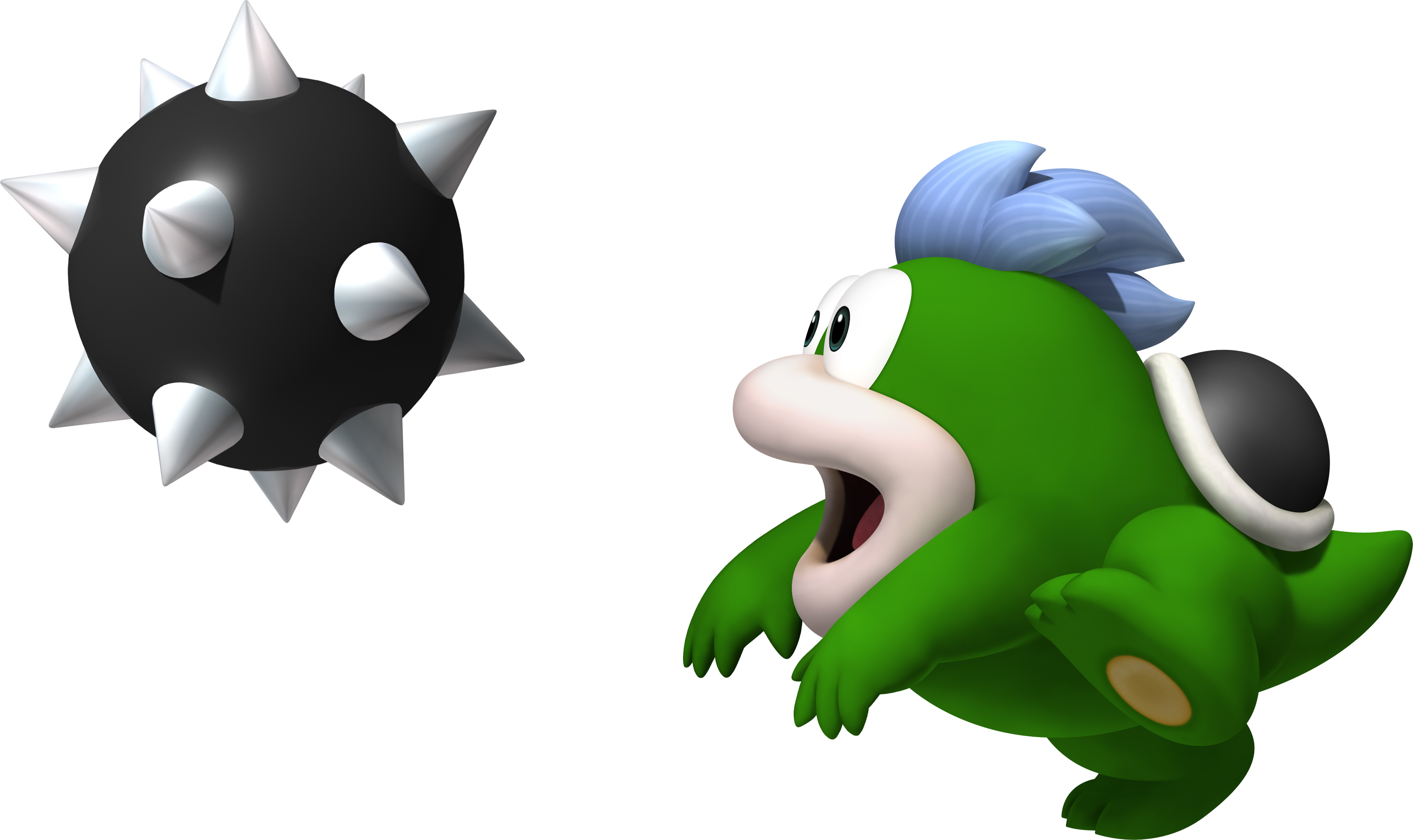 I thought it might be worth looking at the Mario enemies known as Spikes, since they seem to be rather prominent nowadays. I’ve even seen them as stuffed animals at the Nintendo store in Manhattan, although I don’t have one yet. It’s kind of a weird name for an enemy, as there had already been Foreman Spike in Wrecking Crew, and of course actual spikes that can kill you instantly.

In the live-action movie, one of President Koopa’s cousins was named Spike, but as usual for the film, he had little if anything to do with any of the game characters. And later on, it would be the nickname of Lakilester in Paper Mario. 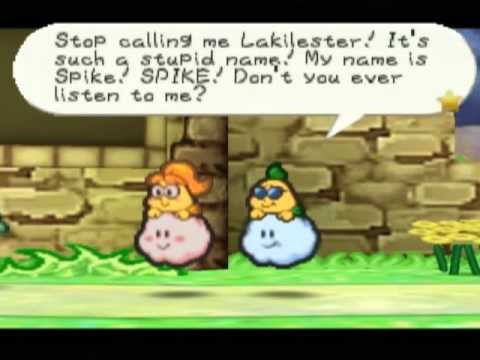 But these Spikes made their debut in Super Mario Bros. 3, short turtles who throw spiked balls at Mario or Luigi. 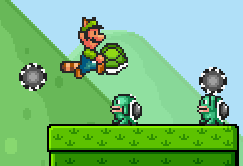 They’re the same balls the Ptooies balance on their mouths, I would say.

In Japanese, the spiked balls themselves are called shuringan, another part of the name that was referenced with Jugem and Paipo. I had the Nintendo Power guide to SMB3, and I was intrigued that it referred to World 3-7, the one in which the enemy first appears, as “Spike’s Place,” and that it says Spikes would magically produce their spiked balls.

It sort of links to how the Koopas are said in the original SMB manual to practice black magic. But then, Hammer Brothers also pull their endless hammers out of nowhere. 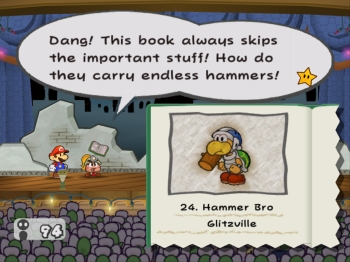 What’s particularly notable about Spikes is that they have huge lips and their shells are tiny and presumably useless, as they’re too small for their bodies. That could be why they only take one stomp to defeat, although that’s also true of Hammer Bros., Lakitus, and Magikoopas. They appear in Yoshi’s Island, where they’re called Mace Penguins (which sounds like a Mega Man X enemy) despite not being penguins or wielding maces. 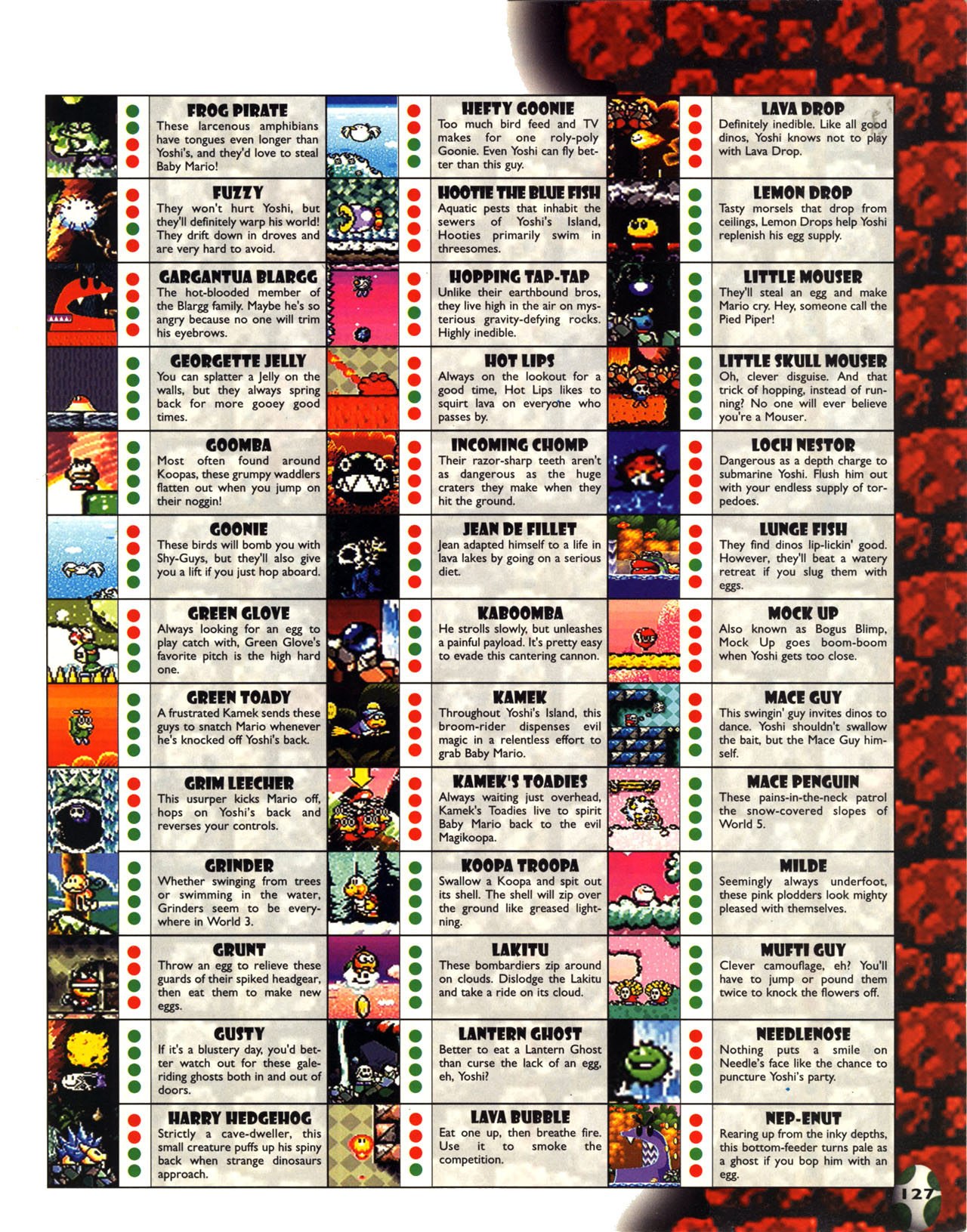 They do appear in a level with a lot of penguin enemies, though, so I guess that had something to do with it. Their weapons can grow larger than their bodies in that game. They’re in Yoshi’s Story as well, although there’s a different monster in that game called a Spike, so they’re just given their Japanese name of Gabon. 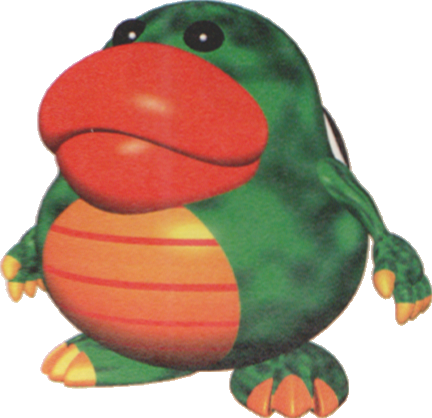 The New Super Mario Bros. games eventually introduced some variations, including Snow Spikes who throw snowballs, and Stone Spikes who drop stone balls (presumably because they’re too heavy to toss). 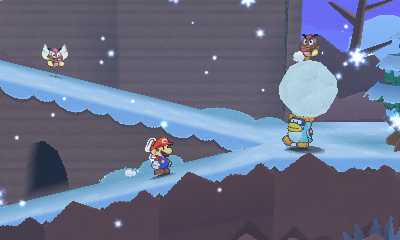 And in Super Mario 3D World, they take advantage of the change in perspective to throw spiked bars instead. 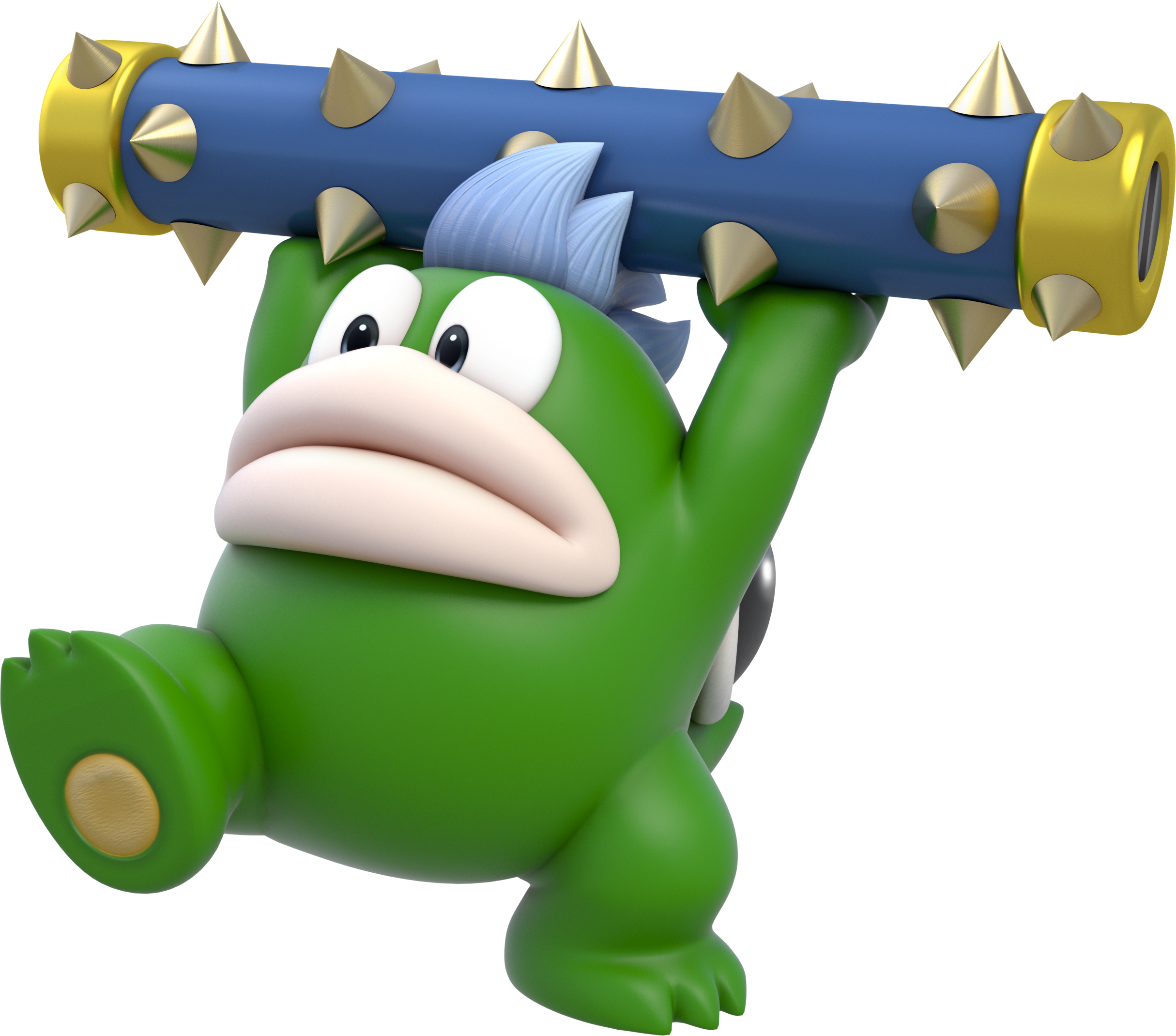 Before that, however, the first Paper Mario gave us Clubbas, very similar in appearance but wielding clubs with spiked balls on the ends, which I believe are technically known as morning stars. 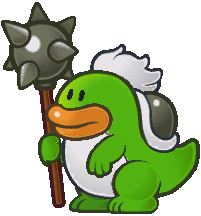 I’m still a little confused on the differences between those, maces, and flails; but apparently maces are only for bludgeoning rather than puncturing, and flails have ropes or chains. And they seem to be totally different from Klubbas in the Donkey Kong Country series. 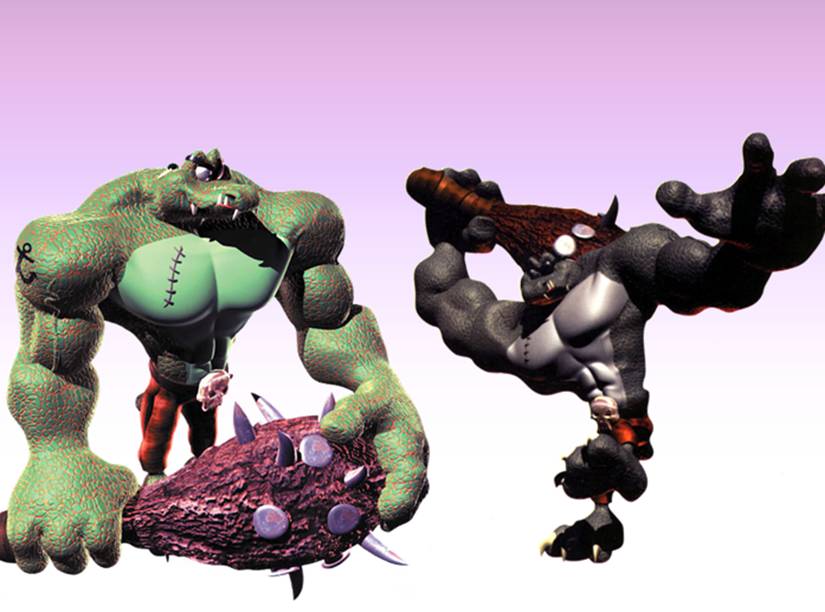 He still has a shell too small for his body, but it has spikes (not Spikes) on it. I’ve recently seen a mention of how Tubba Blubba’s heart being separated from his body in order to make him unkillable being based on the Norwegian fairy tale “The Giant Who Had No Heart in His Body,” about a giant who removed his heart so he couldn’t be killed, and hid it inside an egg inside a duck’s egg inside a well in a church on an island in a lake. It’s very similar to the Russian tales of Koschei the Deathless, who hid his soul in a duck’s egg. I wrote before about mythical characters who are weak in only one body part, and mentioned Tubba Blubba there. He also apparently has his own TV show, The Blubbening. I understand that Grubba, the promoter in the Glitz Pit in Paper Mario: The Thousand-Year Door, is similar in appearance to Tubba Blubba, and his clothes look to be as ill-fitting as his shell. 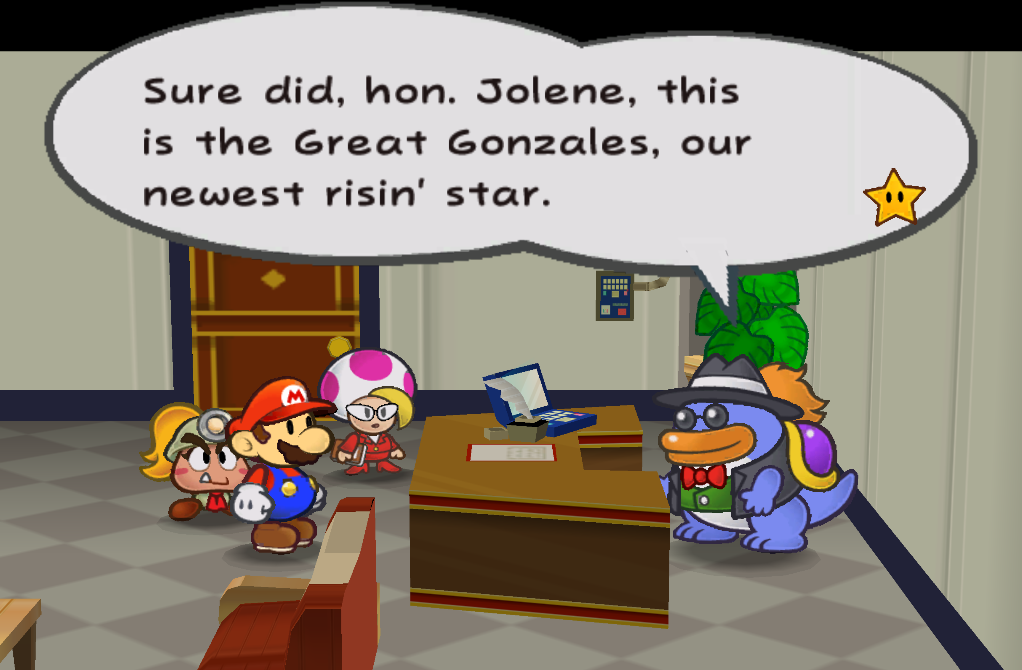 I need to get back to the Paper Mario games someday, but I don’t currently have the appropriate consoles hooked up. Super Mario Wiki also points out how the festive Don Bongo in Yoshi’s Story to a Spike. 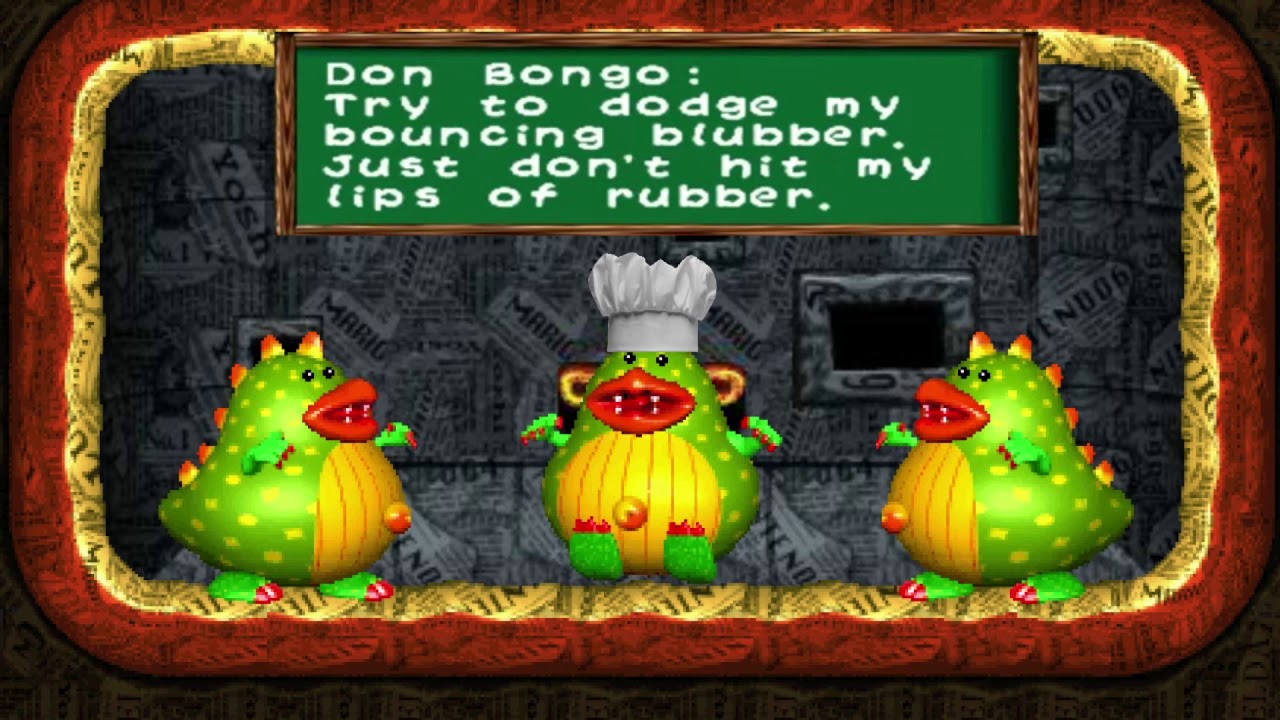