I often end up making posts on books I’ve written long after the fact. I’m trying to at least take some notes in the meantime, but I don’t always. Anyway, this time, there’s a Mickey Mouse classic comic collection, one of A. Lee Martinez’ rarer books (at least in my own experience), and a fan-written Oz book. 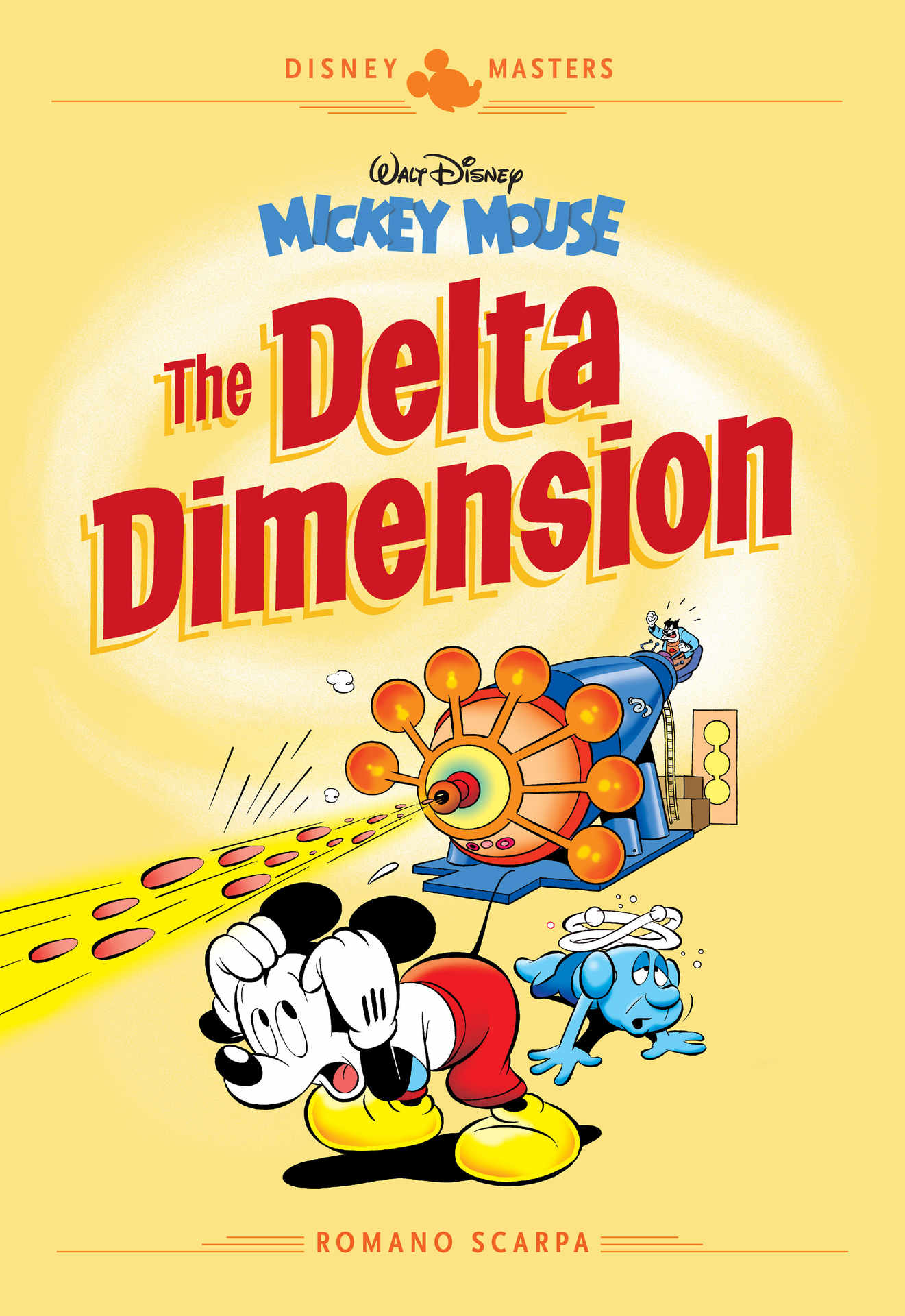 Mickey Mouse: The Delta Dimension, by Romano Scarpa – The first in the Disney Masters series showcases the work of one of the most prolific Italian writers and artists of Disney comics. Included are two stories featuring Atomo Bleep-Bleep, Scarpa’s answer to Eega Beeva, a time traveler from the future who appeared in Floyd Gottfredson’s Mickey comics.

Atomo is actually a super-enlarged atom with a personality, a result of experiments by Dr. Einmug in the Delta Dimension. He also had a twin brother, Atomo Bloop-Bloop, who had a rebellious streak to contrast with Bleep-Bleep’s friendly, studious attitude. The introduction story has Bloop-Bloop teaming up with Pete to alter reality, and Mickey and Bleep-Bleep have to stop them. When the atom turns against Pete, the villain shrinks him back down, but Bleep-Bleep remains as a supernaturally-powered sidekick for Mickey. The comic ends with an amusing sequence of Mickey and Pete in an extended fight scene that they have to keep interrupting for various reasons. Another story has Mickey visit the mystical city of Shan-Grilla, which is in a book and movie that the author based on a story from his grandfather that he thought was totally made up. Hey, isn’t there already Tralla La in Uncle Scrooge comics? While Tralla La, like its namesake, is said to be in the Himalayas, however, Shan-Grilla appears to be in or near Alaska. This tale features another Scarpa creation, Pete’s girlfriend Trudy Van Tubb. 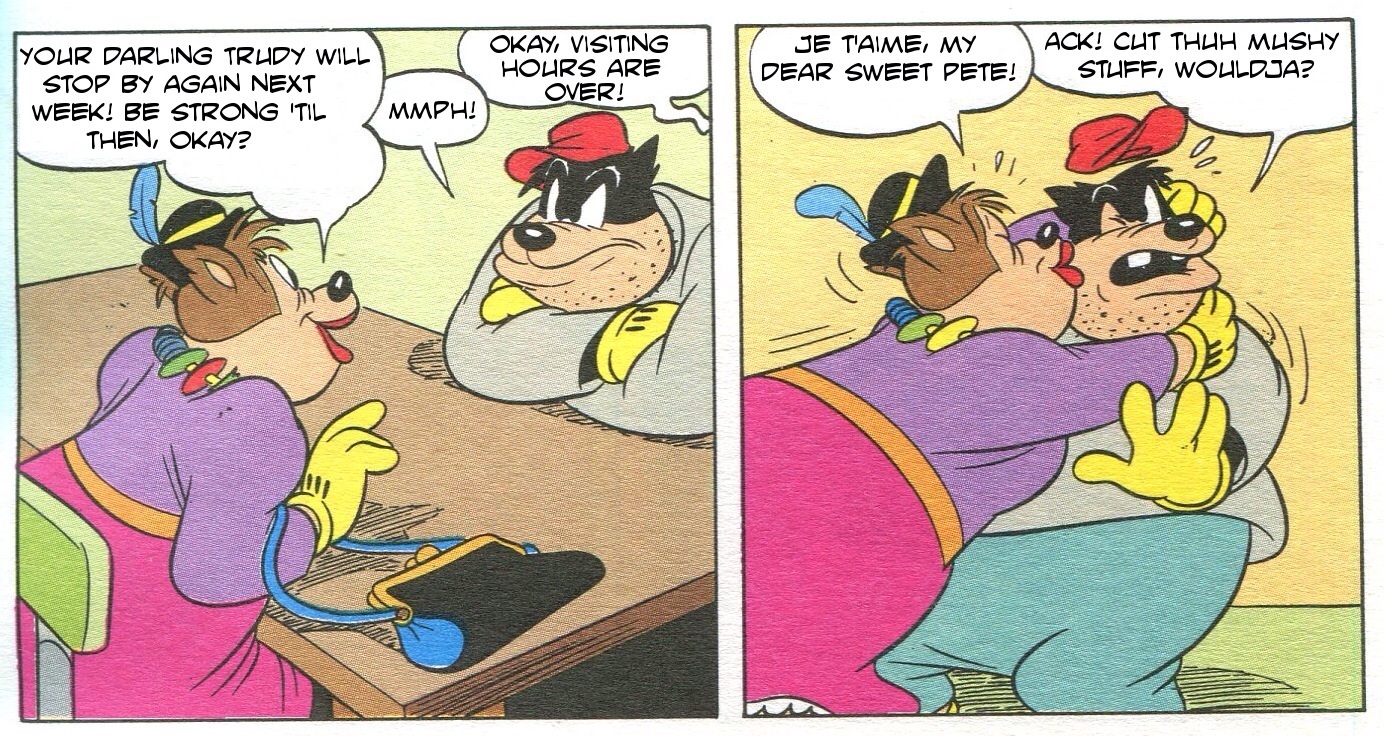 She was introduced in 1960, long before Goof Troop gave Pete a wife. In this comic, she follows Mickey because she’s sure he’ll eventually find Pete, whom she hadn’t seen in a long time, showing a good amount of awareness on her part. 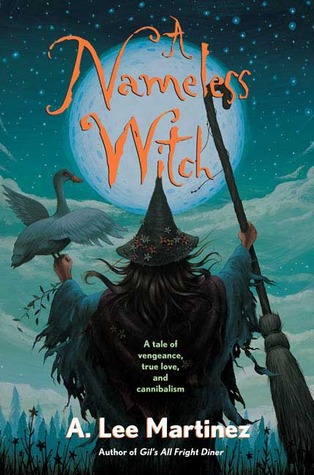 A Nameless Witch, by A. Lee Martinez – When the witch Ghastly Edna is killed, her apprentice, an undead girl with no name who’s cursed with beauty, sets out on a journey to avenge her. She has several companions in this quest: a demon in the form of a duck, a troll, an animated broom, and a pure, chaste white knight. The problem is that the plot takes a while to get going, and finally gets resolved very quickly. A lot of the story develops the relationship between the witch and the White Knight Wyst, whom she’s not sure whether she wants to seduce or devour.

The Silver Shoes of Oz, by Marin Elizabeth Xiques – This is a fan-written book I’ve been aware of for years, but that’s been out of print and largely unavailable. Chris Dulabone has just recently released a Lulu edition, so I’ve now read it. This was Xiques’ first Oz book, originally published in 1987. The Silver Shoes have long been a point of curiosity in the series, as we only see them in one official book, the first one. And while that book tells us they’re powerful, the only thing we see them do is transport Dorothy back home and get lost along the way. This is one of several fan-written works in which they’re recovered. While crossing the Deadly Desert on the Magic Carpet, the Cowardly Lion stubs his paw on the shoes, which Ozma then takes back to the Emerald City. Betsy Bobbin decides to go on a journey to test them, taking the Patchwork Girl with her. They visit some of the typical themed Ozian communities, a town devoted to berries, a garden of flowers Betsy animates with a wish from the Shoes, and an unpleasant city of glass. Meanwhile, a bored sorceress named Vassilia tries to conquer Oz with magical powers that can give or remove magic, then secretly switches the two, disempowering Ozma. Scraps then accidentally wishes all the magic-workers out of Oz, and Betsy has to use the Shoes and Vassilia’s powder to bring things back to normal. It’s definitely in the spirit of the original books, but I do feel it could have been fleshed out a little more. All of the magic-workers being forced out of Oz is something that could have been further explored, rather than having Betsy solve it pretty much immediately. Vassilia’s plot doesn’t make a lot of sense, and her defeat is basically accidental. There’s also the problem of a magical item that can do pretty much anything the plot demands, something L. Frank Baum did himself with the Magic Belt. It’s still fun, though, and gives a possible origin for the Shoes, that they were molded from magic silver from the bank of a silver river. The illustrations by Christopher Sterling include a lot of interesting details, including the books in Ozma and the Wicked Witch of the East’s libraries. One of the talking flowers looks straight out of Disney’s Alice in Wonderland, which might have inspired the situation, although that’s hardly the only case of sentient flowers in fantasy (or in Oz,for that matter).