Daughter of Disease, Maker of Snakes

Picture by Tero Porthan
In my ongoing search for topics from mythology and folklore, and specifically in terms of ogres and witches, I saw a mention of the Syojatar (properly spelled with marks above the letters, but that’s a hassle) from Finnish mythology. Sometimes one individual and other times a type of being, she serves much the same role Baba Yaga does in Russian lore. She’s also known as the mother of monsters and diseases. She’s likely related to Loviatar, herself considered the goddess of disease. From what I’ve read, she’s probably the same as the witch Louhi, a villain in the Kalevala, but the different names have led some to consider them two separate individuals. She’s the daughter of Tuoni, god of death and the underworld. Born blind and ugly, she was impregnated by the wind when she slept with her back to it, which just goes to show that abstinence isn’t a surefire way to avoid pregnancy after all. She had nine sons who were diseases, although exactly which ones seems to vary somewhat. 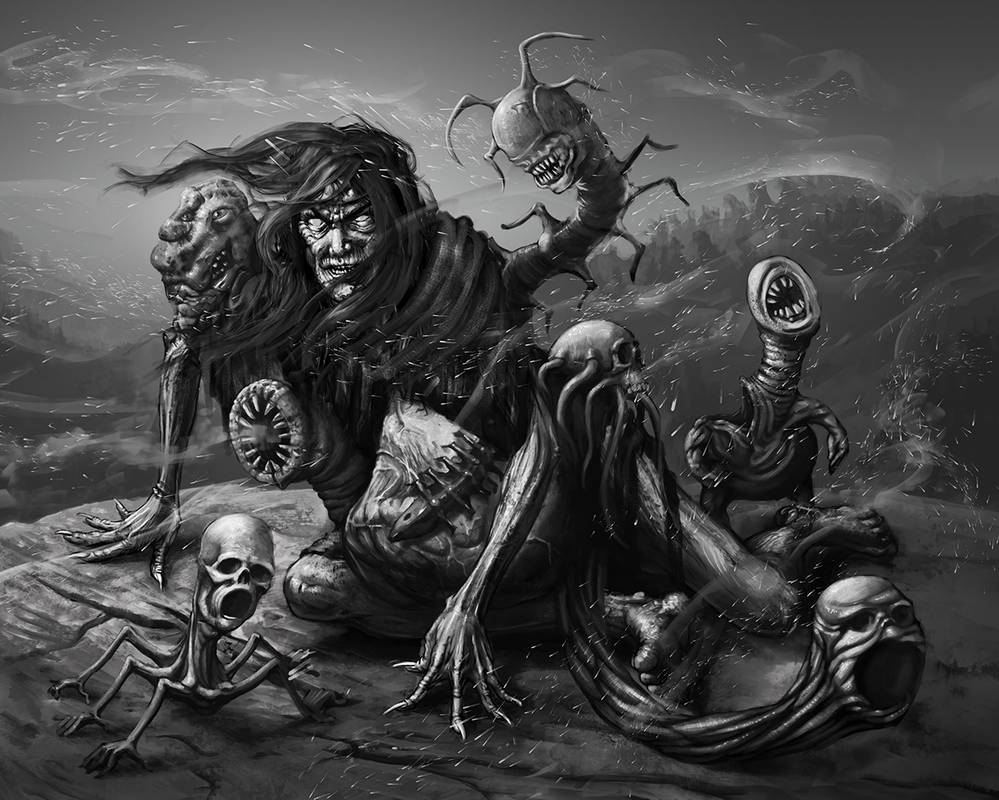 The relevant Wikipedia page lists only eight, but then gives a passage from the Kalevala with nine, and several differences besides. Maybe it’s largely a result of translation. One of them, syoja, rendered as “cancer,” presumably literally means “eater.” Syojatar’s own name, from what I’ve found, means “man-eater.” So is that who Hall and Oates were singing about? I’ve seen her name given as the Finnish version of “ogress” or “harpy” as well. 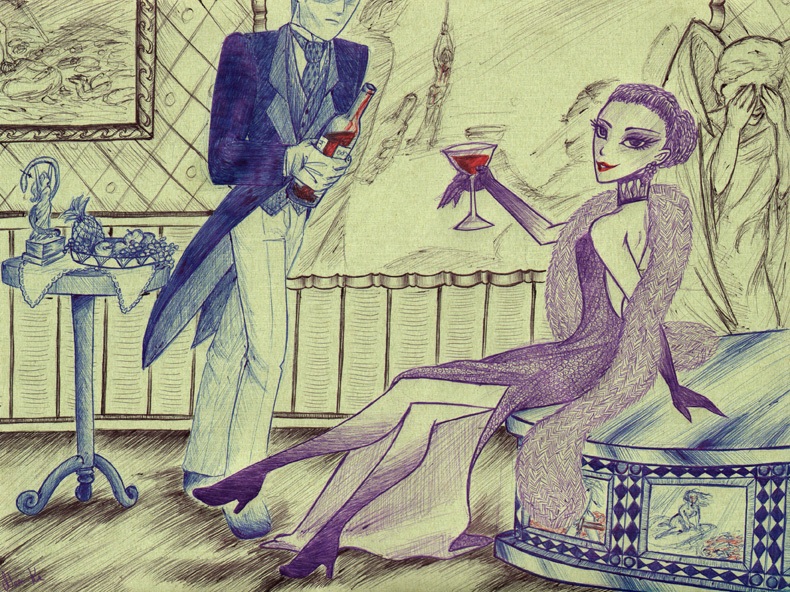 Picture by NAM-KE
Loviatar banished the worst of the nine personifications, but it’s not clear as to which one this is, and some versions apparently leave him unnamed. She’s sometimes said to have had a tenth son, who was the father of Sjoyatar. The ogress’ saliva, through various methods, became the first snake, lizard, and wolf. She’s also said to have created the fir tree, but it’s as the mother of snakes that she seems to be best known. She’s the villain in some fairy tales, one that I came across having her just sort of randomly messing with a family, tricking nine brothers into leaving home, killing their sister’s dog, and switching forms with the girl like Mombi did with Jellia Jamb. Oddly, this tale appears on a page of fairy tales with brothers turned to birds, although from skimming the story itself, I don’t think they’re turned into anything. It does have the same sort of structure of tales of that sort, though. Another one, mentioned on Wikipedia, has her stealing children and replacing them with dogs and pigs. And a variant of the Cinderella story puts her in the role of the wicked stepmother. All three have them end with the witch burned to death.

I should probably actually read the Kalevala someday, as I’ve come back to it a few times recently. Is there a translation that’s particularly good? I’ve found the John Martin Crawford one, but I have to say I was a little put off by the introduction. “The skull of the Finn belongs to the brachycephalic (short-headed) class of Retzius. Indeed the Finn-organization has generally been regarded as Mongol, though Mongol of a modified type.” I know it’s from 1888, but that’s pretty racist. Maybe I should just skip the preface, though.

1 Response to Daughter of Disease, Maker of Snakes