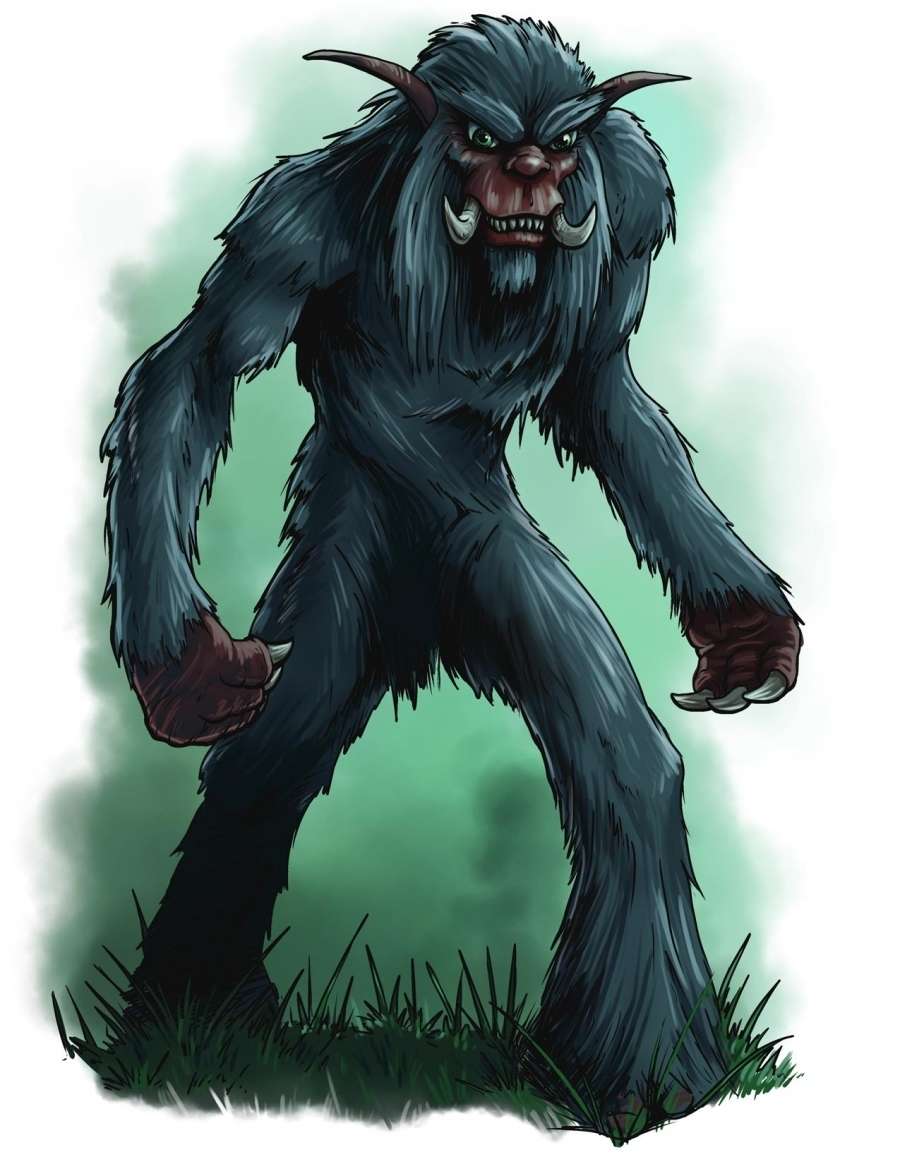 The Buggane is a monster in the folklore of the Isle of Man, which I suppose makes it a Manxome foe, like the Jabberwock. As an American, the main thing I know about the place is the tailless cats. Since a cat uses its tail to show its feelings, does a Manx have the feline equivalent of a poker face? But anyway, the word apparently means anything scary and unidentified, and is etymologically related to monster names like boggart, bogeyman, and pooka. Bugganes are shapeshifters, but in what’s presumably their natural form, they’re covered in coarse black hair, with glowing eyes, sharp tusks, and cloven hooves. They’ve sometimes been portrayed as similar to moles. 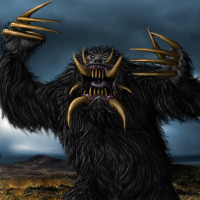 When they take human form, they still have long teeth, nails, and hair; but I have to suspect that’s just an excuse to pick on poorly groomed people. The creatures also have the power to cause storms.

What might be the most famous story of a Buggane involves St. Trinian’s Church at the foot of Greeba Mountain, where such a monster dwelled. Like many supernatural beings in Christian Europe, Bugganes were unable to stand on hallowed ground, and the creature was afraid he’d never get to sleep with the bells ringing. A variant on the tale has him angry at St. Trinian for stopping him from wrecking a ship. It’s hard not to take his side, since he WAS apparently there first, and I’m sure there were other places they could put a church. Anyway, when the church was built, he tore off the roof, and blew it off with a storm when the people tried to replace it. Then a tailor named Timothy made a wager that he’d spend the night in the church and make a pair of pants while there. He was just able to finish it as the Buggane was about to attack him, so he ran away. The monster knocked the roof off again, then threw his head at the fleeing tailor. That was presumably the end of that particular Buggane, but no one ever bothered trying to replace the roof again.

Sometimes Bugganes were enforcers for the fairies, as in the story of a woman who was captured by a Buggane who lived behind a waterfall as punishment for baking after sunset, but managed to escape by cutting off her apron strings.

A different woman captures a Buggane who had been pushing smoke down chimneys and sheep off cliffs. There’s another tale about Fionn mac Cumhaill visiting the Isle of Man and trying to avoid fighting a Buggane by having his wife disguise him as a baby. They did eventually fight, however, creating the channel between Kitterland and the Calf of Man in the process. When Fionn retreated over the water to Ireland, the Buggane tore out a tooth to throw at him, and that tooth became Chicken Rock. Apparently every landmark on the island had something to do with Bugganes. 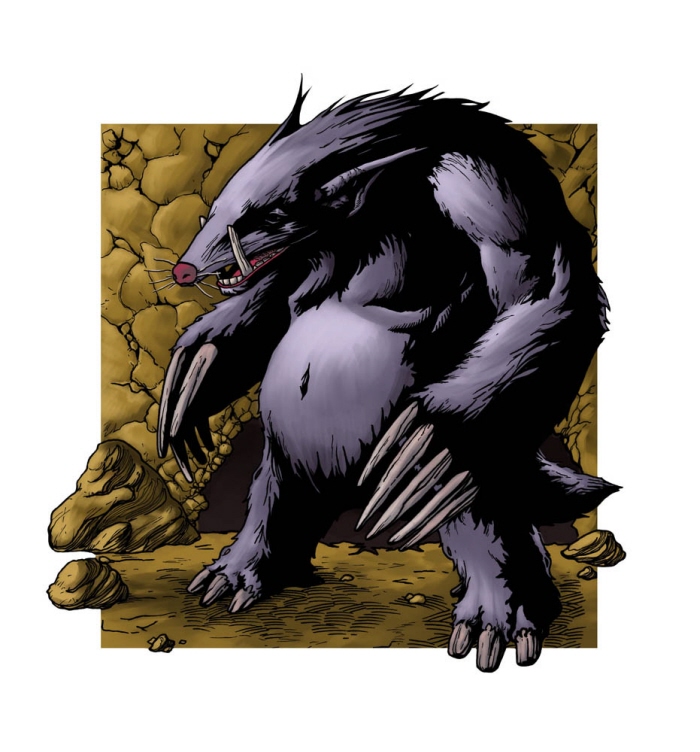