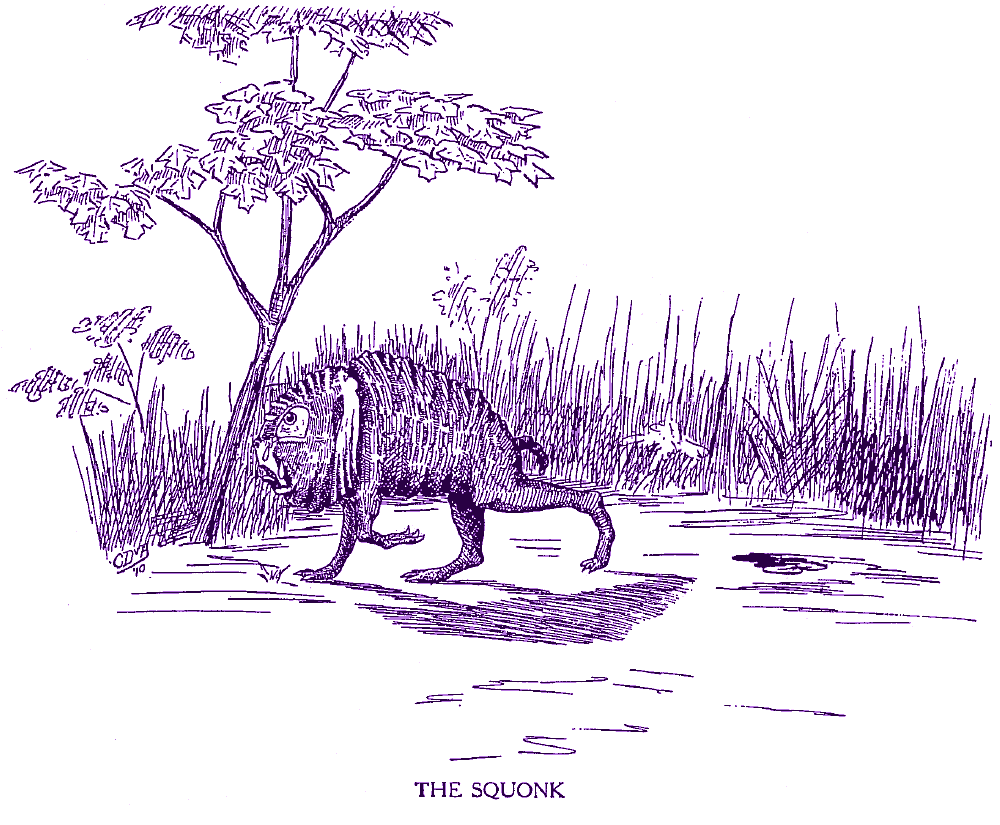 I saw a mention on Twitter of the Squonk, a mythical animal from my old home state of Pennsylvania, albeit not the part I’m from. Legends of this woeful creature come from the hemlock forests in the northern part of the state. The poor Squonk is known to have an ugly and pathetic appearance, and it knows it, so it usually stays out of sight, even avoiding its own reflection. As such, it’s also terribly lonely. The animal is described as having loose, floppy skin covered in warts and blemishes, and to spend most of its time crying. 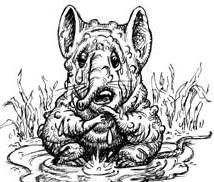 I have to suspect some self-confidence would do wonders for the Squonk, as some pictures of it actually look kind of cute.

It’s sort of like a pug dog in some of these, and also sometimes has a face like a pig. 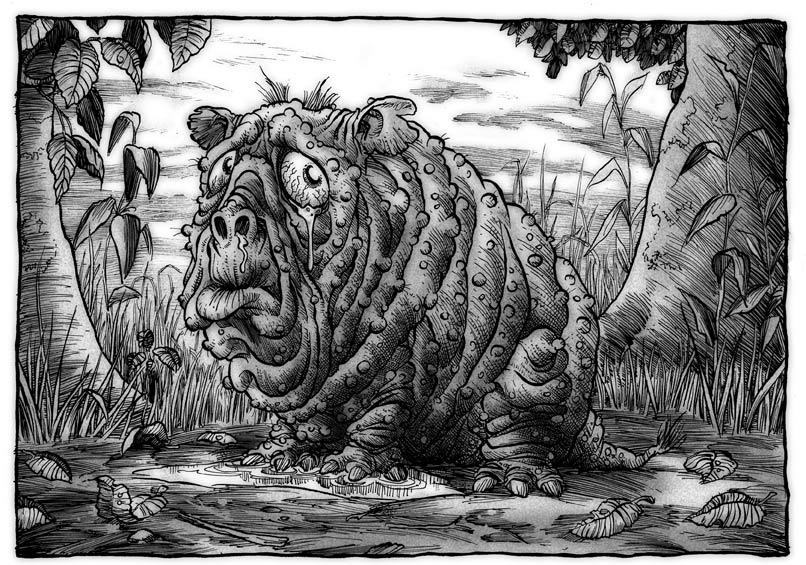 The first known written mention of the Squonk appeared in 1910, but whether author William T. Cox made it up or took it from an existing legend isn’t clear. In 1939, another writer, Henry Tryon, added the information that it had originally come from the deserts, then through the swamps to the woods. Its supposed scientific name, Lacrimacorpus dissolvens, basically meaning “crying body dissolve.” The reason for this has to do with a strange power of the Squonk. People will try to hunt them, probably largely for the novelty. They’re easy to track, because they leave a path of tears wherever they go, and on moonlit nights they stay hidden to avoid possibly seeing their reflections in pools. 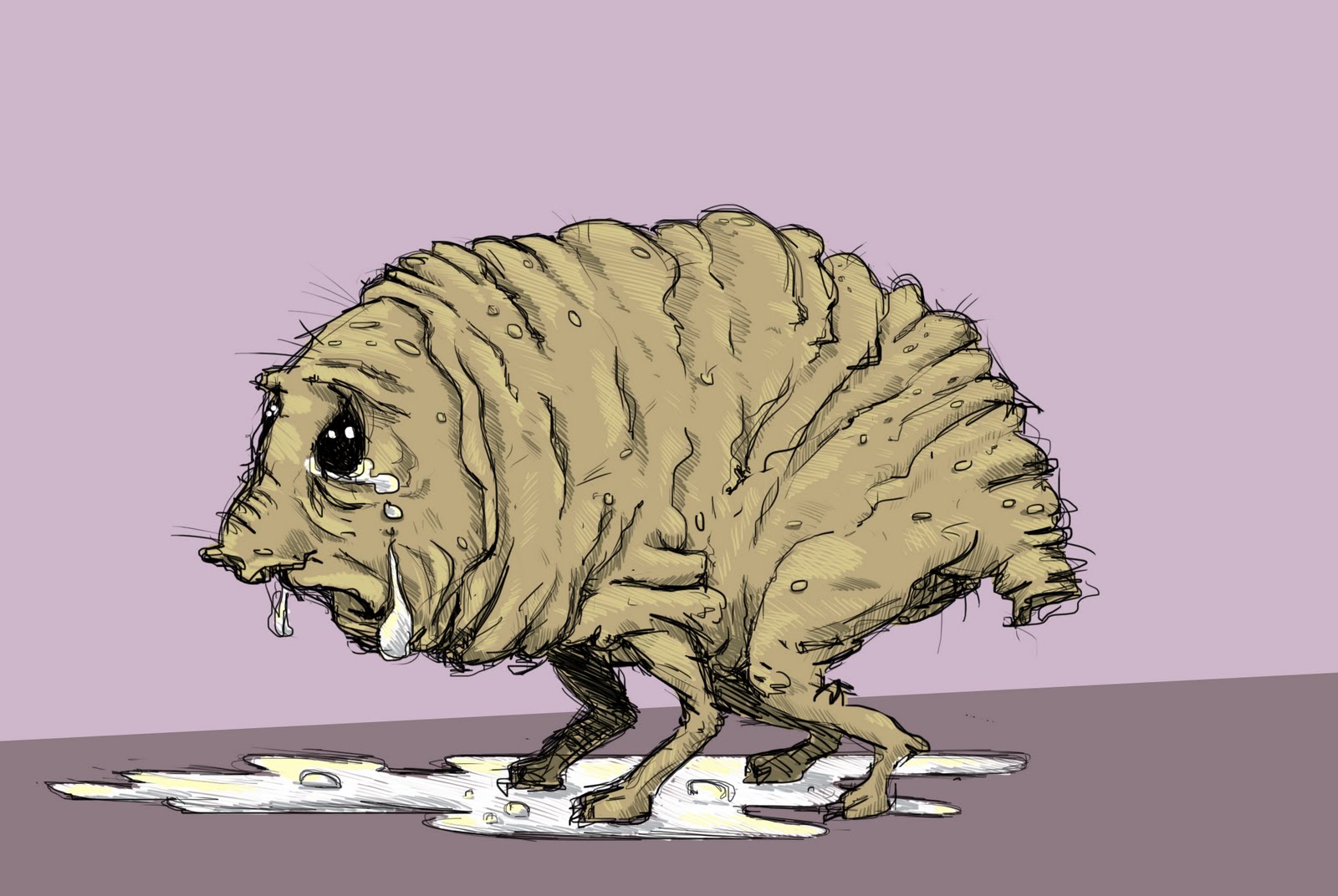 Picture by Ashley Gerst
Once cornered, however, it will dissolve, leaving only tears and bubbles behind. A Google search reveals that the Squonk appears in Final Fantasy XIV, where it’s rather owl-like and doesn’t appear to have the ill-fitting skin. 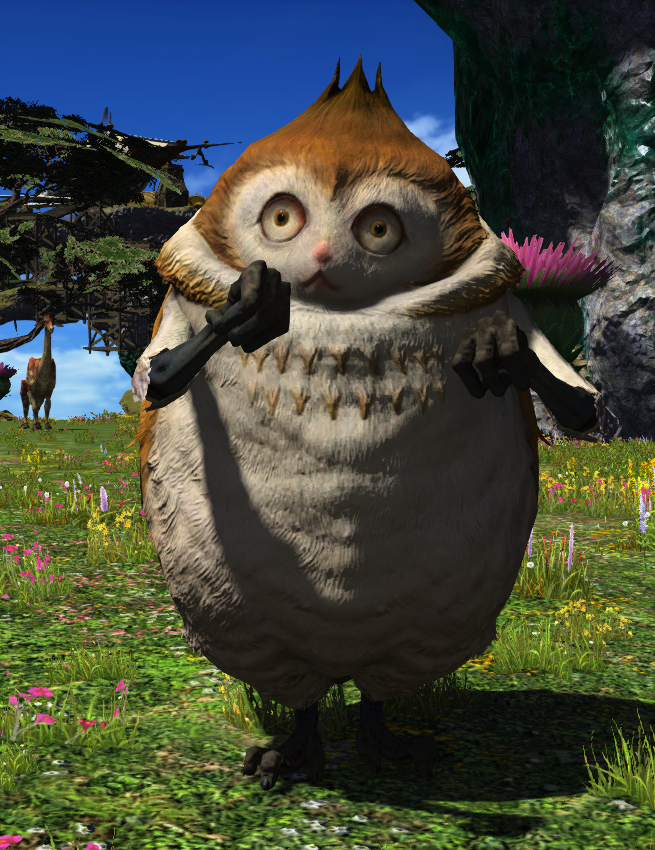 Wikipedia indicates that the term “chemical squonks” is used for substances that can be stable in a solution but cannot be isolated, referencing the animal’s way of avoiding capture. The word apparently also has something to do with vaping, at least according to Urban Dictionary. If Squonks have taken up that habit, it’s no wonder no one wants to be around them.