Zooming with the Wizard 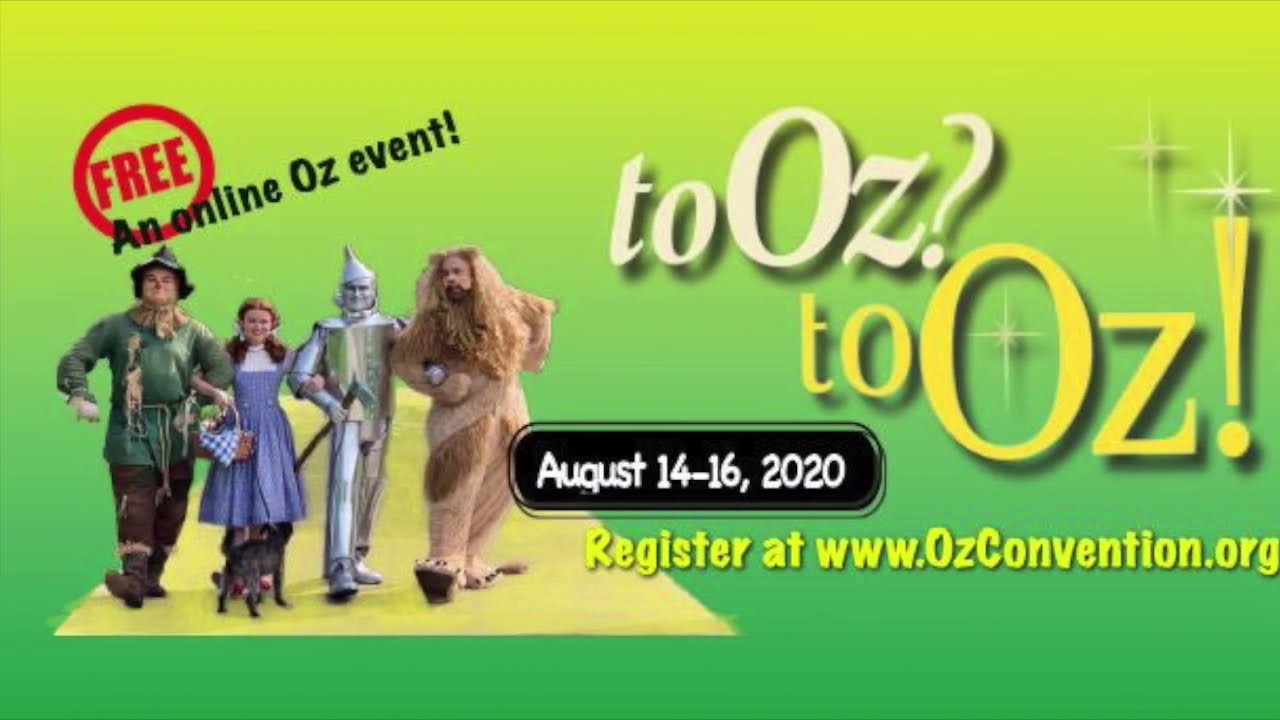 To Oz? To Oz! is the second online Oz event I attended this year, the other being OzCon International. Originally, the International Wizard of Oz Club was going to hold its national convention in upstate New York this weekend, but that obviously fell through. So instead, we got a combination of prepared videos and Zoom chats, organized by Jane Albright. Nothing aside from the chats was live, but the videos were released at certain times of the day to give some of the feel of attendance. There was a fair amount of stuff on Return to Oz, which is now thirty-five years old. Colin Ayres talked about the troubled production of the movie; J.L. Bell reminisced about it with Eliza Wren and Sarah Crotzer; Ryan Jay interviewed Pons Maar, who played a Wheeler and two other small roles; and Dina Massachi compared it to the books it was based on with respect to the scary parts. I don’t remember finding Return especially scary when I first watched it, when I was around ten or so, but I know it was terrifying for some people. It was a strange idea to include the crooked electroshock therapy clinic, which has no basis in the books, wasn’t necessary to the plot, and put Dorothy in really serious danger. As for the scenes that were both in the books and the movie, Dina addressed how they were often pretty close, but L. Frank Baum tended to describe them whimsically and move on from them quickly, so they weren’t as scary in the books.

I know there was a slogan back in Baum’s day that none of his books sent children to sleep with troubled dreams, which I can’t say I fully believe, but he did have a way of presenting potentially horrific concepts in a light-hearted way. On Friday evening, there was a Zoom call with running commentary on the film, and that was the first time I played my own DVD (sorry, DISNEY DVD) of Return. It might not be a bad idea to do a more complete post on the movie fairly soon, since I’ve touched on it many times but never fully discussed everything I could. By the way, my wife still hasn’t watched it at all.

As part of the Saturday program, there was a video from Scott Cummings presenting a tour of the castles of Oz. He presented it in a fun in-universe kind of way as a tour package, although I suspect it would take some difficult negotiations for Glinda to agree to loan her swan-drawn chariot to a travel company. The castles were described in good detail and accompanied by pictures, and included more obscure ones like Gayelette‘s and Nandywog‘s in addition to the more prominent royal dwellings. Garrett Kilgore interviewed a few people on how the Oz books have influenced them. Anthony Whitaker sang a few songs and introduced a scene from his play Scraps, which had the Patchwork Girl and Margolotte conversing with each other. Other videos I watched included Marc Baum’s tour of Oz-relevant places in Chittenango, New York, and Atticus Gannaway’s similar look at San Diego. Aaron Adelman read the six Baum-penned (well, there’s some doubt on “Strange Tale of Nursery Folk”) short stories from the Oz Club collection The Runaway Shadows and Other Stories. Joseph and Jessica South, creators of the Home from Oz card game, discussed and played their product, and I thought they had a cute dynamic with each other.

From what I was, the game itself had kind of a Mille Bornes feel to it. I added it to my Amazon wishlist, but I’m not sure when I’d be able to play it, since I don’t see that many people other than my wife and she doesn’t like games. Also entertaining were playlists of cover versions of songs from the 1939 The Wizard of Oz and The Wiz. And Zoe O’Haillin-Byrne and the Spirit of Oz filmed a few introductory segments as the original four main characters.

There wasn’t as much book-related content as I might have hoped, but certainly more than I get most weekends.