In my ongoing quest to watch old video game cartoons, I found the entire series of the Ruby-Spears Mega Man show. This ran from 1994 through 1996, when I was in high school, and I remember watching it with my brother on Sunday mornings (usually not a sign that the network thinks something will be a hit). What I mostly remembered was Mega Man saying, “Now I’ve got your power!”, which he does do, but not as often as I’d thought. I guess that’s usually the case, except that I’m pretty sure Link really does say “Excuse me, Princess!” in every DiC Zelda cartoon, often multiple times. Mega Man copying the other robots’ powers without defeating them is a switch from the games, but perhaps a necessary one if they wanted the Robot Masters to be recurring characters. Then again, they are sometimes reduced to scraps and rebuilt by Dr. Wily.

The only previous animated appearance of Mega Man was on Captain N, where they made some terrible decisions regarding his appearance and voice. It seems like they purposely tried to avoid that here, although maybe they went too far in the other direction by making most of the main characters tall and thin.

There’s no accounting for animation styles, I suppose. And they must not have been THAT eager to get away from Captain N if they used several of the same writers and voice actors. Ian James Corlett, who voiced Dr. Wily in CN, was Mega Man here.

Many, although not all, of the Robot Masters from the first five games show up, and they do have somewhat distinctive personalities and voices. Guts Man and Cut Man (at least they got his name right this time) appear in every episode, with the former voiced by Garry Chalk in pretty much the same voice he used for King Hippo, and the latter sounding like Peter Lorre. While Proto Man was somewhat ambiguous in his loyalties in his first few appearances, here he’s always a bad guy, utterly obsessed with fighting his brother to prove he’s superior. He’s Wily’s main assistant, but he’s not afraid to sass the doctor at times.

I found his cocky attitude and voice kind of irritating. Roll is Mega Man’s tag-along little sister who, to her credit, has some pretty cool cleaning-related gadgets; she’s just not that great at controlling them. 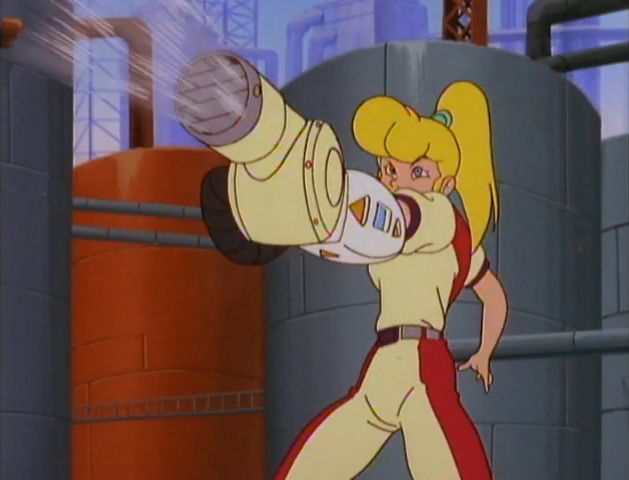 Isn’t this really Dr. Light’s fault, though? Seems like he could have just as easily reprogrammed her to be a fighter as Rock, but I guess he wants to keep her as his maid. Also not explained is why Light made Rush clumsy and made him talk in Scooby-Doo-style dog-accented broken English. Eddie, the robot introduced in Mega Man 4 as Flip Top, has the same role of carrying power-ups. Never appearing are Dr. Cossack, who canonically built some of the robots Wily uses in the show, or Beat who first showed up in MM5. Mega Man’s friends are always calling him “Mega,” which gets annoying. Isn’t his name still technically Rock? The bad guys tend to call him “the blue dweeb,” which as far as cartoon insults go is pretty weak. It’s not even alliterative or a pun! There’s also a super-repetitive theme song, kind of like the one for Mighty Morphin’ Power Rangers but without the searing guitar.

As you’d probably expect, the plots tend to be formulaic, with Wily using the same schemes other cartoon mad scientists have used before him. There are a few oddities in the mix, though. One has the Robot Masters disguise themselves as a rock band in order to hypnotize people. Wily finds a genie at one point, and awakens an ancient civilization of lion-men at another time. There’s a Jurassic Park parody, appropriate for the time (there was also one in the Kirby anime some years later), that also involves Wily making robots act like cavemen. One episode had Dr. Light founding a university for robots, which doesn’t make a lot of sense. Couldn’t he just program them with new knowledge? And yes, I know robots in Futurama go to college, but that’s a cartoon with a different tone. Mega Man ending up in a future where Wily has taken over the city isn’t an entirely original idea, but I think it worked pretty well. The first episode doesn’t have anything particularly strange about it, but I do wonder why it has a flashback to Mega Man’s origins instead of just the whole thing being an origin story. Probably the most interesting episode in terms of series lore is “Mega X,” a crossover with the Mega Man X series where the Mavericks Vile and Spark Mandrill go back in time to steal energy rods from Dr. Light, and Mega Man X follows them. 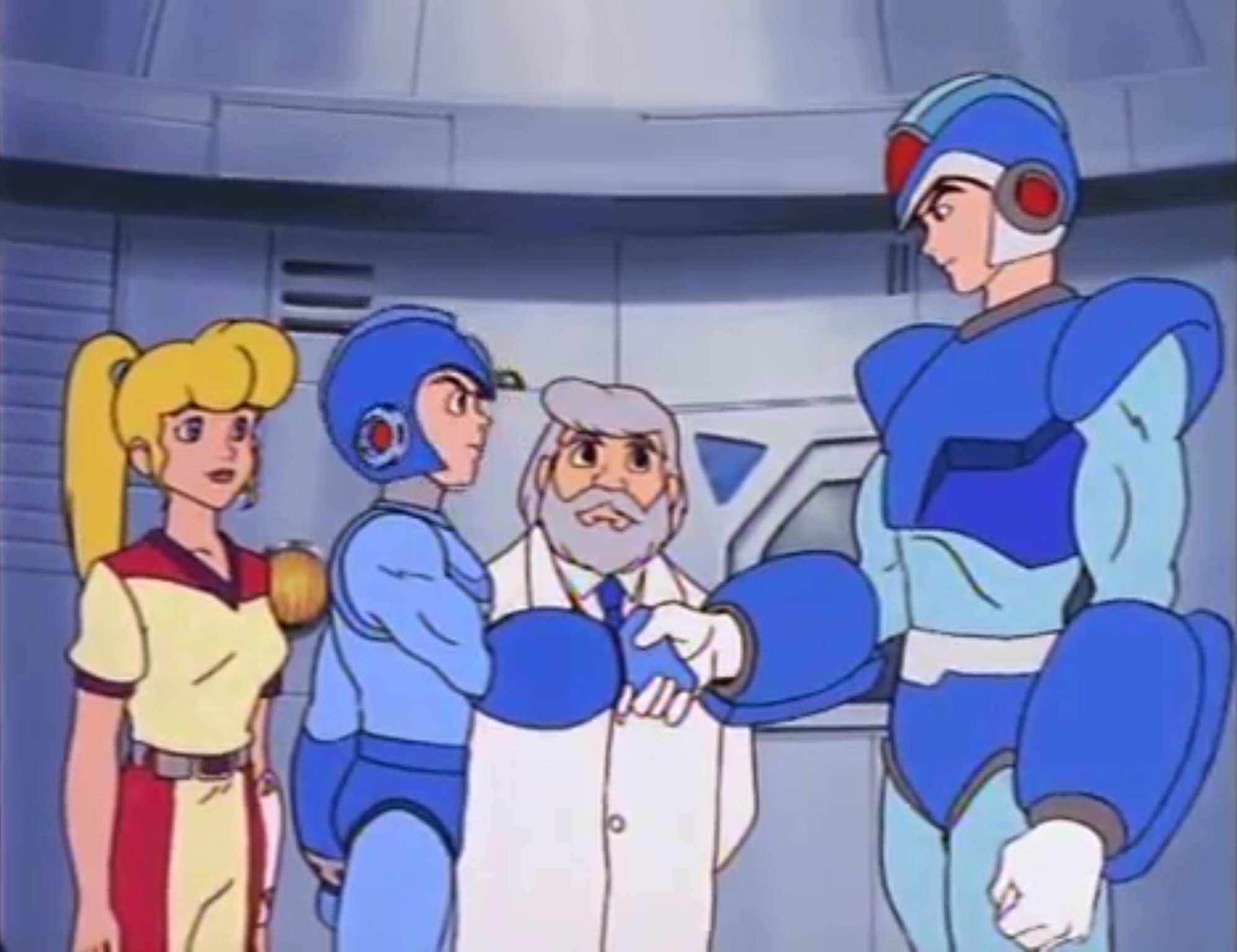 I did think it rather weird (and I even remember my brother commenting on this years ago) that X seems more mechanical in personality than Mega Man, even though his whole thing is that he was the first robot built with total free will. This was the next-to-last episode, and the last ended up being just another Wily plot. A third season was planned, but the show was canceled before they made it. I wonder if it would have incorporated other elements from the Mega Man or X series, or just kept on with the same characters. 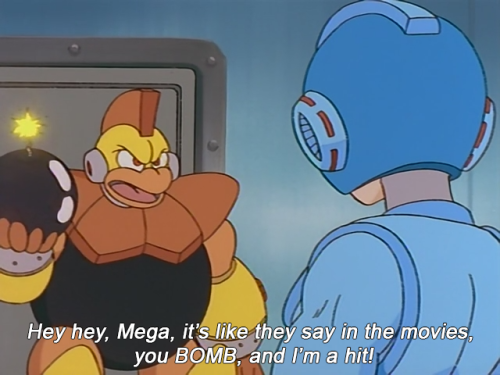