I Put a Spell on You

We’ve started watching movies and television that relate to Halloween or horror, so here are two of those films: 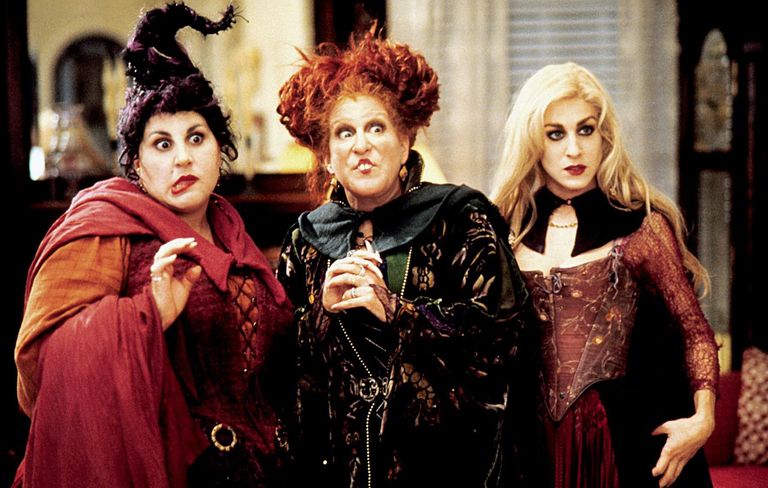 Hocus Pocus – Beth had already seen this, but that was twenty-seven years ago when it was new. She said she liked it better the second time. I hadn’t seen it at all, and I wanted to, as people tend to reference it a lot. As a comedic kids’ movie that touches on horror themes, the villains are way too silly and dimwitted to be scary, but they still pose a serious enough threat to keep the stakes high. Bette Midler, Kathy Najimy, and Sarah Jessica Parker star as the Sanderson Sisters, a trio of witches in seventeenth-century Salem who are trying to suck the life force out of children to make themselves younger. They’re executed, but a prophecy says they’ll return when a virgin lights a particular candle, which happens 300 years later when a teenage boy is trying to impress a girl. The movie is set in 1993, with the back story happening in 1693. I looked it up, and the last of the Salem witch hangings was in 1692. Also, Halloween was on a Sunday in 1993, and there’s a scene set in the school on that day. There were a lot of delays in the production of the movie, so even if they originally wanted to go for accuracy with dates, they presumably went on to decide it didn’t matter. Which it really doesn’t, but I like to check on trivia like that. For that matter, how would Winifred Sanderson know a song from 1956 when she was dead for 300 years? Anyway, the boy, Max Dennison, has to thwart the witches through trickery, along with his little sister (played by Thora Birch), the girl he has a crush on, and a seventeenth-century boy who was cursed by the sisters to become an immortal black cat. Not surprisingly, no one else in town believes them. There are some really strange scenes in the mix, including two stoner bullies stealing Max’s shoes, a bus driver who hits on the witches, and the sisters mistaking Garry Marshall in a devil costume for the actual Satan. His sister Penny plays his wife in this bit, which must have been weird. It kind of lacked direction overall, but the female leads’ performances were amusing, and the costumes they were were pretty iconic. I’ve seen people cosplay as the trio several times. I did find it kind of sad that the cat died at the end; it was what he wanted after having to live for so long, but Birch never got to keep him as a pet as she planned to. 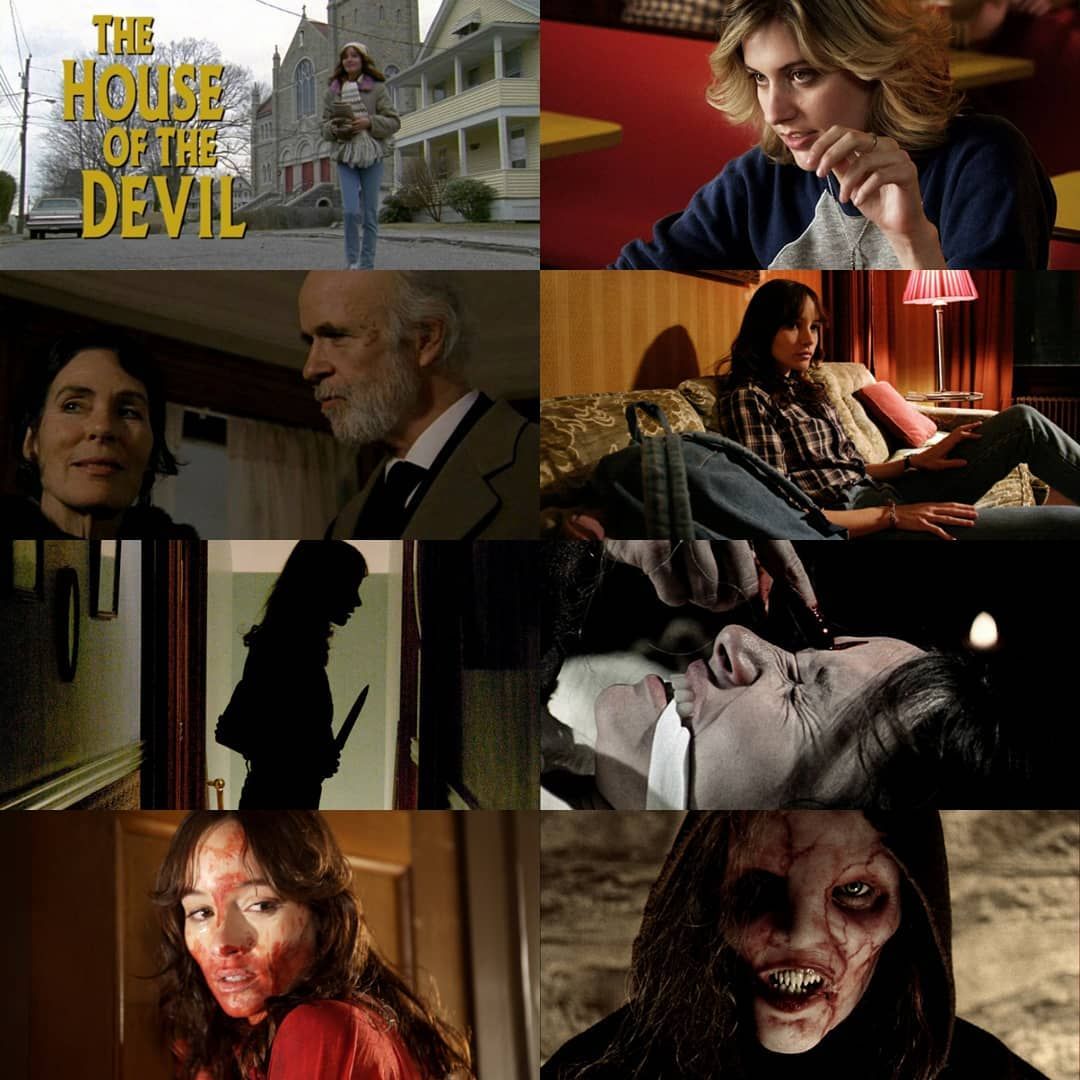 The House of the Devil – Another one Beth had seen but I hadn’t, it was inspired by the Satanic panic of the 1980s, and made a point of looking like an 80s film. The only actors from it I really knew were Dee Wallace, who has a small role at the beginning; and Greta Gerwig, whom I only knew as a director. My first thought on seeing her was that she looked kind of like Liz Phair. The lead actress, Jocelin Donahue, reminded me of Ellen Page; and another actor resembled Al from Home Improvement. But anyway, Donahue’s character Samantha, a college student who needs money for a place she wants to rent, takes what was advertised as a babysitting job. The guy who advertised the job tells her that it’s actually making sure there aren’t any emergencies with his mother-in-law, and is very cagey in general. Samantha takes the gig anyway, and is able to entertain herself for a while listening to her Walkman and shooting pool, but eventually comes to find suggestions that something sinister might be going on. The build-up is slow, but eventually she’s drugged and forced into a Satanic ritual during a lunar eclipse. She shoots herself in the head so she can’t be used by the creepy family, but the ending indicates that she survives and was impregnated with a devil baby. I thought it was pretty effective, even if it was hardly a surprise that the creepy, dishonest couple would turn out to be evil. I’m not sure why the son immediately shot Samantha’s friend, when it seems like the family could have done the same ritual on her to hedge their bets. I guess she was just less vulnerable at the time.

I guess one thing these two films shared, despite their vastly different tones, was that they played on mass hysteria, and presented scenarios in which there really were witches in Salem and Satanists preying on children. I suppose a lot of movies do that, but I like to draw connections between things I watch around the same time.

1 Response to I Put a Spell on You