Do Not Be Alarmed, We Are Only Little Children

Silver Bullet – Based on a Stephen King novella with a different name, this stars Corey Haim as a paraplegic kid who rides around in a motorized wheelchair called, appropriately, the Silver Bullet. He comes to realize that the murders in his small town are being committed by a werewolf. Gary Busey plays his cool uncle who has a drinking problem but is also able to build some impressive stuff, and eventually comes around to believing his nephew and having an actual silver bullet made to fight the monster. This was pretty fun. It’s interesting that Corey fought both vampires and werewolves, although I can’t say I remember The Lost Boys all that well. 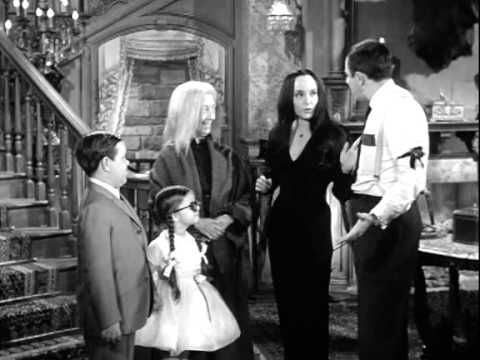 Halloween with the Addams Family – Two robbers (one played by Don Rickles, which I didn’t notice while watching) on the lam decide to hide out in the Addams’ house, and the family just thinks they’re guests. The robbers are disturbed by the weird party games, like bobbing for crabs. Beth was particularly entertained by the line Wednesday and Pugsley were supposed to give while trick-or-treating: “Do not be alarmed. We are only little children.” 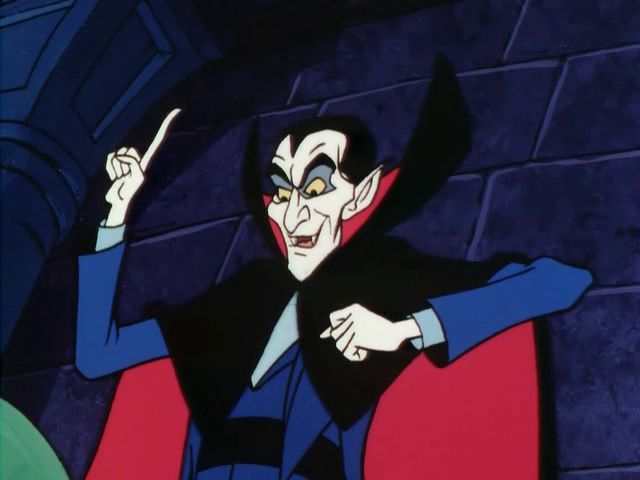 Ghostbusters, “Shades of Dracula” – I’m not familiar with the Filmation series. I knew it existed, it had a gorilla, and the cartoon based on the movie had to be called The Real Ghostbusters because this had already used the name. What I didn’t know until I read Lou Scheimer’s book is that the Filmation Ghostbusters started out as a live-action series. In this episode, the characters go to Transylvania to deal with Dracula, who has a surprisingly high-pitched voice and turns into a pink and red bat.

Witch’s Night Out – A weird Canadian cartoon with Gilda Radner and Catherine O’Hara doing voices, which came out in the 1970s. On Halloween, a depressed witch is summoned by two kids who want to be a REAL werewolf and ghost instead of just dressed as them (so I guess that means the second one wants to be dead?). She grants their wish, but it causes panic in the town until the kids are able to explain everything. There’s a subplot about two townspeople stealing the witch’s wand, but all they make with it is garbage, so it doesn’t really amount to anything. The drawing style on this is bizarre. A lot of the human characters are in one solid color, both their skin and their clothes; and the overall look is such that I don’t think they’d need to be enchanted to pass as monsters.

They reminded me a bit of the Wicked Witch of the West in the Rankin-Bass Tales from the Wizard of Oz. 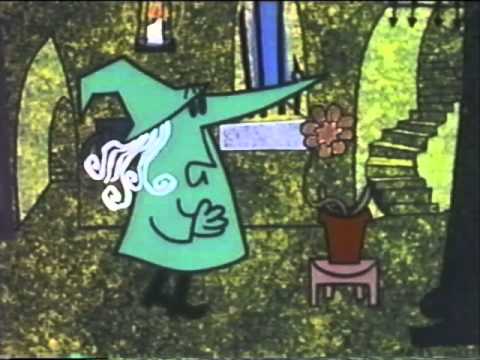 The woman who steals the wand has very noticeable breasts, and it kind of looks like she’s topless because of the solid-color thing, but I don’t think that was the intention. She has green skin and her name is Malicious, which makes it confusing that she isn’t the witch. Most of the characters have names describing their personalities, though. Others are called Small, Tender, Goodly, and Rotten. 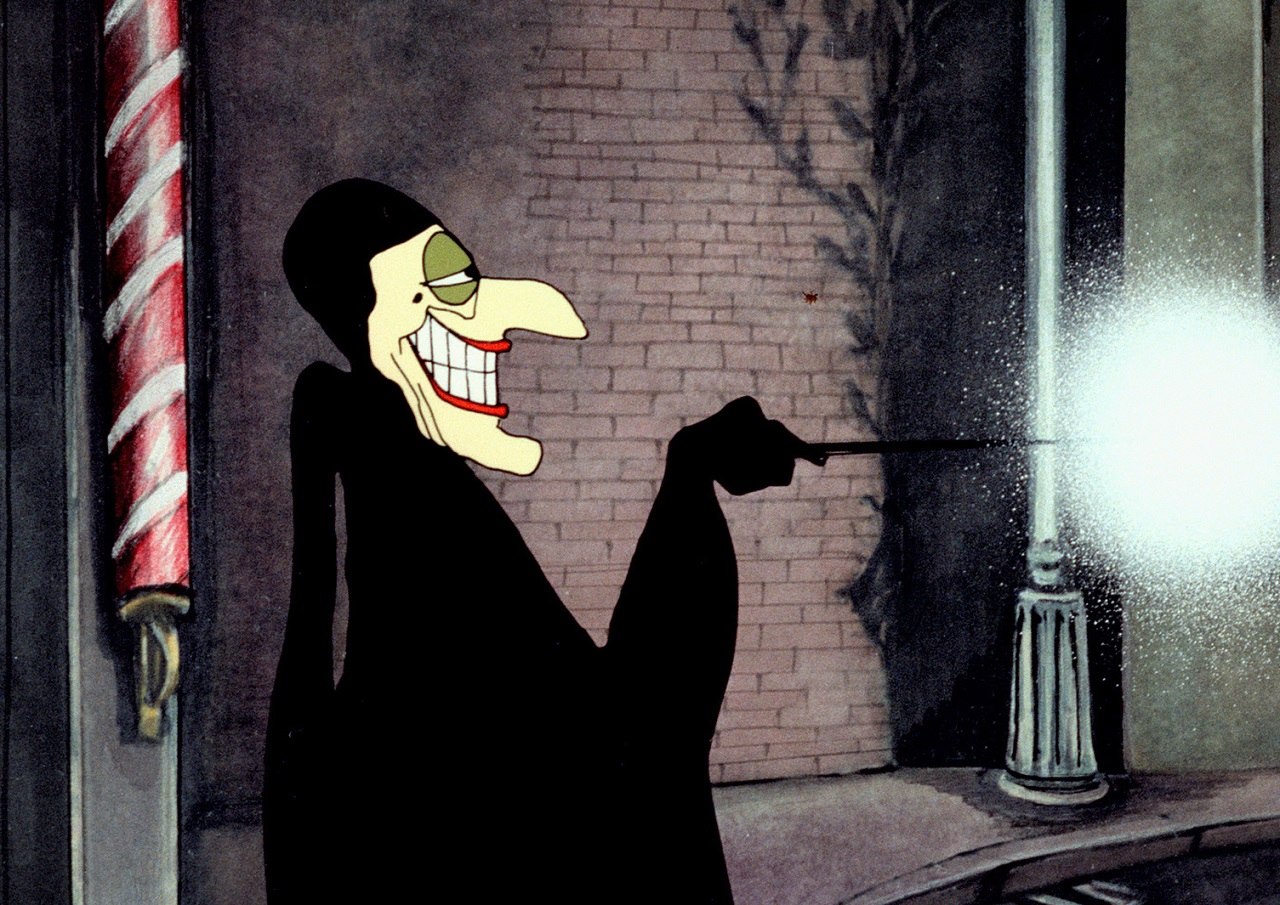 1 Response to Do Not Be Alarmed, We Are Only Little Children