Down for the Count

Dracula – I’d read the novel before, and it was soon made into a stage play, with the movie largely recreating that. The play and film codified a lot of the mythology associated with the Count and vampires in general. Bela Lugosi plays the character as polite and charming but also unsettling, with his Hungarian accent that seems to be memetically misremembered as German, his halting speech patterns, and the business with the cape. He also lacks the big white mustache that Dracula was said to have in the book. One change from the original source that was apparent immediately was that the solicitor who comes to visit Dracula in Transylvania is not Jonathan Harker, but Renfield. This isn’t an amalgamation of characters, as Jonathan does play a fairly significant role, unlike some others who were removed entirely. It’s more trying to give the character some back story, explaining how the Count gained such influence over him. This probably wasn’t necessary, but it doesn’t hurt the narrative either. I have to say I found it odd how little attention was paid to Dracula’s death. It happens very quickly and without any fanfare. I’m really not much into vampire-centered media, even though there are interesting aspects to the lore. Behind all the glamor, they often tend to be essentially pretentious rich bullies who get away with things because they’re charming, and there are too many people like that in real life.

Child’s Play 2 – I’ve seen the first Child’s Play a few times, but hadn’t seen any of the others, at least not all the way through. This direct sequel has the toy company remake Chucky, guessing that someone might have switched his voicebox as a joke, and wanting to further examine the doll. Of course, he escapes and finds Andy again, still desperate to put his soul into the kid’s body. Andy goes to live with foster parents who just assume he’s doing all the bad stuff Chucky frames him for, but his foster sister turns out to be an unexpected ally. Somehow this teenage girl is able to drive in a way that throws a murderous doll out of the passenger seat, and do an Indiana Jones slide under a closing factory door. A lot of this movie takes place in or around a toy factory, to the extent that I was kind of expecting to hear some Raymond Scott music. There’s definitely a theme in a lot of horror movies of adults not believing kids, not that kids don’t make stuff up sometimes, but it’s pretty exaggerated to think a little boy is brutally killing people. Then again, the doll is even smaller, and capable of some impressive feats of strength. And the schoolteacher who’s taken out by Chucky seems pretty old-fashioned for the time period, but I just assume she’s been teaching there for years and they can’t get rid of her. Oh, and I might have asked this before, but was Andy in Toy Story named after the Child’s Play character? 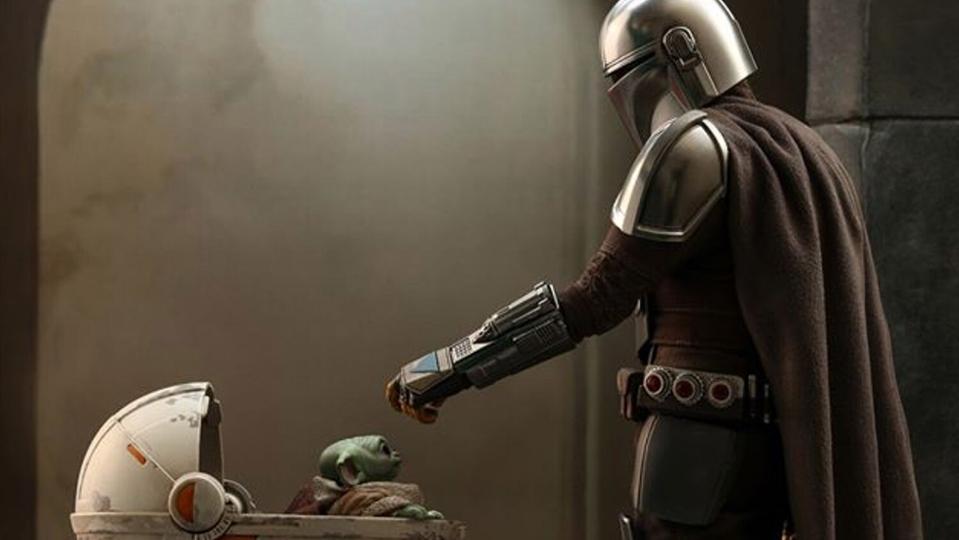 And while it’s not a horror movie, I might as well also write about the first season of The Mandalorian. It’s a Star Wars side story, which I’ve seen classed as a Space Western, taking place in the period following Return of the Jedi and the collapse of the Empire. One of the main tropes at work is the tough loner being forced to babysit, which I’ve seen before. The protagonist is a Mandalorian bounty hunter who’s paid to bring a baby of Yoda’s species (colloquially called “Baby Yoda” even though he technically isn’t) to a client. He ends up refusing and taking the Child with him, trying to keep him out of evil hands. Despite the memes, the Child doesn’t eat a single chicky nuggy. There are some cool supporting characters as well, including a bounty hunting droid who’s reprogrammed to be a nurse. The next season starts out Monday, which is part of why I watched the first eight in a few weeks. I’m behind on everything.

6 Responses to Down for the Count