It looks like Joe Biden has won, but we still don’t know whether Donald Trump will go peacefully. Of course, he didn’t win by that much. I remember saying back in 2016 that it was really embarrassing that Trump got even ONE vote (aside from his own, I guess), and considering how he’s run the country, it’s even more so now. I swear pretty much everybody hated him back in the eighties. Bigots and fascists have way too much power, and the way things turned out, I wouldn’t be too surprised to find that we’re going to go through this exact same thing again in a few years. And it’s not just the United States; bigoted authoritarian candidates win or nearly win elections in a lot of countries. Not every time, but how are they even viable in this day and age? Is much really going to change under Biden? Probably not, especially if there aren’t any Democratic gains in Congress, but just not having to hear from Trump anymore is a huge relief. His supporters like to claim the election was rigged, because apparently the Democrats rigged it in a way where their candidate would win in a narrow margin and they wouldn’t take control of the Senate. Actually, that’s probably EXACTLY how the Democratic establishment would rig an election, because they don’t want to make their Republican allies too angry. I get that politics is about compromise, but when your whole party has supported a mentally unstable racist bully for all this time, I’m not sure there’s any hope for you. 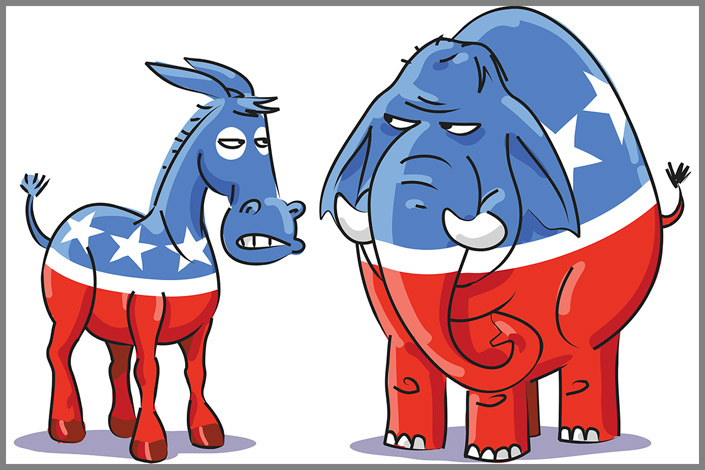 It’s bothered me for a long time when the media talked about the country being divided, not because it isn’t true but because it strikes me as ignoring the actual issues. Biden said that Republicans aren’t our enemies, but when they actively want to harm others, they kind of are. They CHOSE to be, in fact. It’s not simply that people disagree on issues, but that there’s a major faction saying that it doesn’t matter what happens to people who aren’t part of their group (and sometimes not even those who ARE part of the group). It does seem like Republicans are more likely to be in lockstep, which goes along with the authoritarian thing. Under both George W. Bush and Trump, there was a lot of talk from Republicans about not questioning the President, which somehow went out the window during the Obama administration. But that’s something you hardly ever hear from Democrats, even when their guy is in charge. I don’t think this is necessarily because Republicans always agree on things, just that the traditional viewpoint is generally that rich people should be in charge, leaders should be all-powerful, and outsiders aren’t to be trusted, exactly what progressives are trying to change. Of course, the political spectrum has way more than just two sides. It seems to be a fairly common opinion among people I follow online that the Democratic establishment is too far to the right. They’re pretty much inevitably the better of the two parties, but too close to Republicans in many ways. I get the impression that this is a minority position, as Biden was able to outperform all of the more progressive candidates in the primaries. But then, I don’t think elections are always about the policies anyway. I’m also not sure that the country has been more divided in the past twenty years than at any other point in history. And even if there were more things Republicans and Democrats agreed on in the past, were those always good things? And did it take into account all the people who weren’t allowed to vote? It’s always nice for people to get along, but there’s also a danger in being too insular.