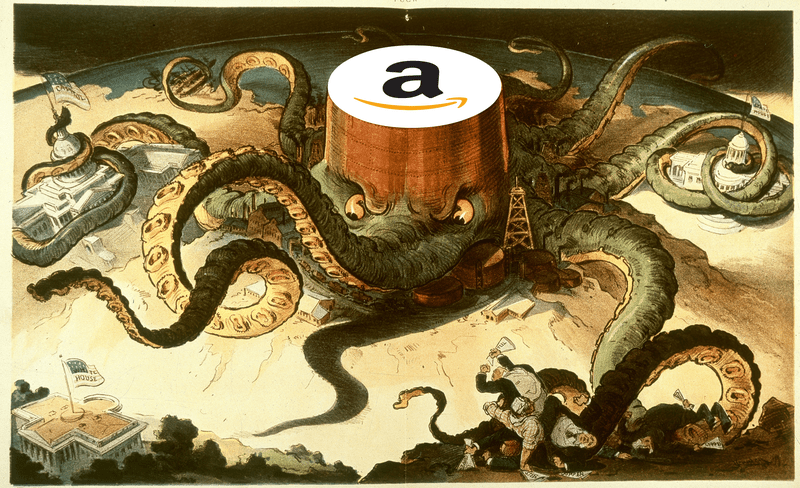 Appropriately for this time of year, I’ve been thinking a bit about shopping. For the most part, I’ve never particularly enjoyed it, unless it’s for something fun. I used to love browsing at book and music stores, and while those aren’t totally gone now, they’re much less common. I love being able to order pretty much anything I want online, but I miss being able to occasionally find something I wasn’t expecting, or just revisit old favorites. I grew up in a time when malls and discount stores were popular, and there were a lot of different stores. Now, it seems like Walmart has put a lot of other stuff out of business, with Target managing to fill a niche as a somewhat more upscale discount store. They didn’t even have Walmart in my area when I was a kid. And that’s not to say I don’t shop at Walmart on occasion, although less so now as I’m in Brooklyn, and they don’t have any in New York City. I feel it’s easier to support small business in the city, but that hardly means they all succeed. Of course, some places go out of business because of competition and lack of publicity, while others just aren’t run very well. Beth and I went to one of the few remaining nearby Kmarts a few times recently, and I have a lot of nostalgia for Kmart, if not as much as she does. But was Kmart really less evil than Walmart, or just not as skilled at being evil? I really don’t know. I didn’t particularly like the brief time I worked at Kmart, although that was more the immediate management than the company. Part of me wants pretty much every store to stick around, even if I don’t shop there, because I might someday. And I’ll freely admit that I’m often more critical of companies that flaunt their corruption, even though their competitors could be just as bad and more secretive about it. It’s why I don’t eat at Chick-fil-A anymore, when they used to be a highlight of going to the mall. But you have to shop somewhere, and sometimes an evil empire is the only viable option. I appreciate that you can find just about anything on Amazon, but that doesn’t mean I don’t have a lot of problems with them. I don’t know if it’s just me, or news about terrible executives is much more common now. Jeff Bezos has been in charge of Amazon since the beginning, but I can’t recall hearing of him until recently, when we’re constantly hearing about his rotten schemes. 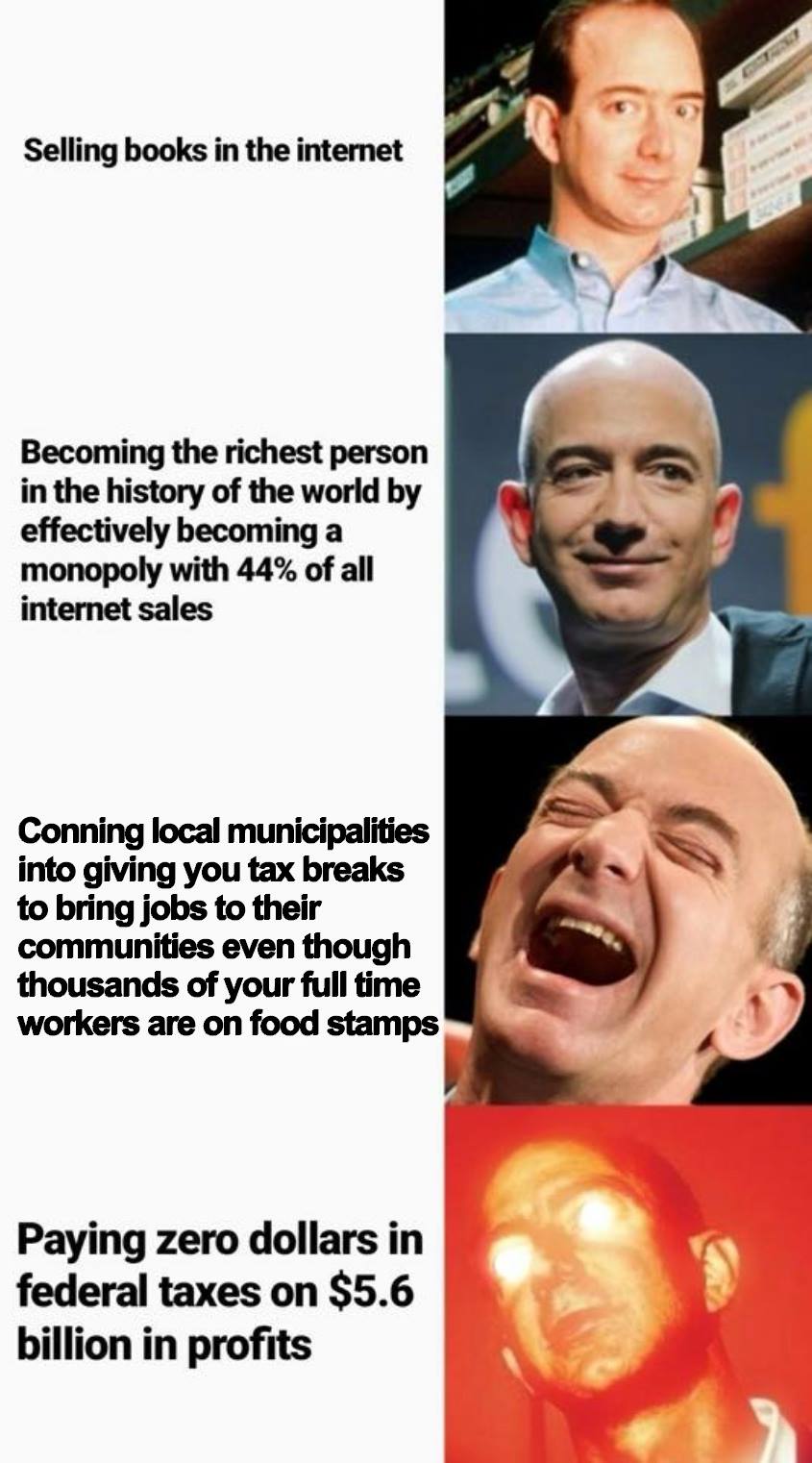 Maybe ignorance really is bliss sometimes, or maybe it’s just a case of a relatively benign company becoming way too big and unscrupulous. I’m sure Amazon always had some shady practices, and of course they wanted to make money, but now they’re too powerful. I remember hearing years ago that Amazon hardly ever made any money, and when they were partnered with Borders. Whatever happened to that? I suppose Amazon cut off its own breast in order to shoot more effectively.

Which kind is Jeff?
I also have to hear about the CEO of Twitter, and I don’t think I even realized until a few years ago that Twitter even HAS a CEO, despite my using the application from quite early on. 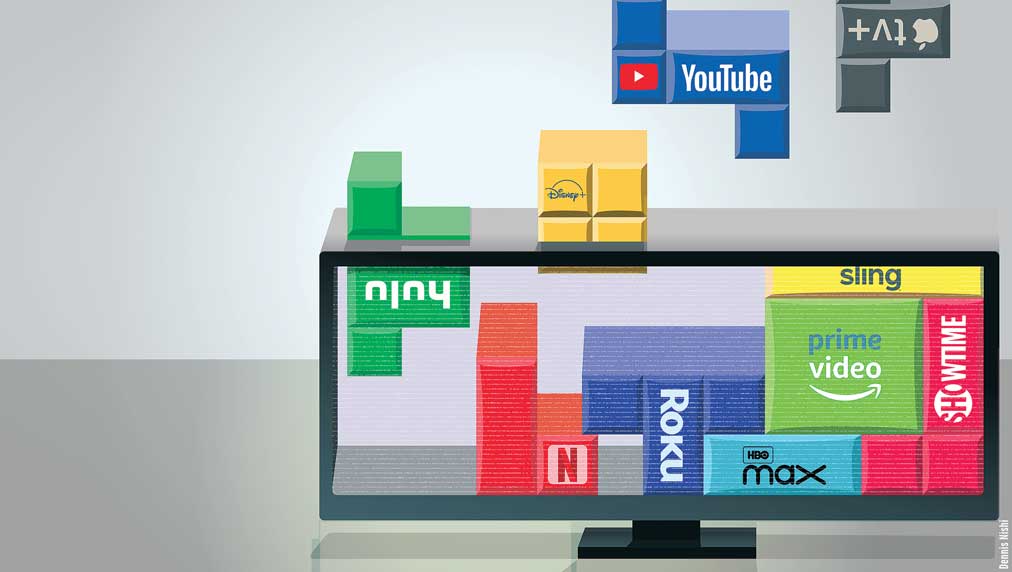 I saw some comments on Tumblr about the proliferation of streaming services, and obviously I think that’s an issue, although as usual I don’t know the solution. With so many different companies in the game, and how it’s generally not practical to buy all of them, it seems like the whole thing is likely to crash and burn. It’s almost the opposite of what happened with Walmart and Amazon, where they destroyed the other options, but then streaming television is a rather newer thing.I think it largely comes down to how many of them have exclusive content, including buying the rights to older stuff, like Apple and the Peanuts holiday specials. If a certain streaming service is the only way to see something you want, it isn’t so much a competition as it is a ploy to try to get you to pay for a whole bunch of them. I liked Netflix having almost everything, although to be fair that was more the case for the DVDs than the streaming content. It seems like pretty much everyone we know no longer gets the DVDs, but there was and still is a lot that they just don’t have streaming, especially when it comes to movies. Most of the time, it’s not like you couldn’t get those movies elsewhere, just that it was a convenient and relatively inexpensive way to access them without having to look around. Now their model seems to be focused more on creating original content and then not finishing it, as starting new stuff pulls in more subscribers. I kind of don’t want to understand corporate thinking, as it’s just so depressing and dehumanizing. But then, maybe it’s a sign of privilege on my part that I at least usually don’t have to. I do think companies need to stop changing what already works. Save that for what DOESN’T work.