I Know Those Words, But That Sign Makes No Sense 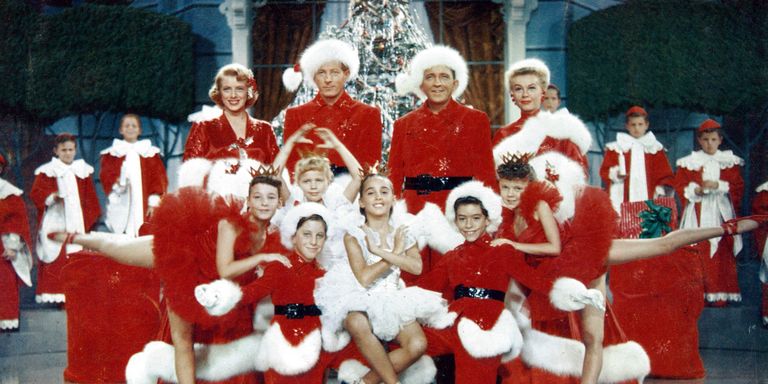 White Christmas – I guess this was the last of our Christmas viewing for the year, although it’s mostly not even about Christmas. It’s a sort of a spiritual follow-up to Holiday Inn, which I haven’t seen, but apparently has blackface in it. This movie has a song about minstrel shows, but focuses on the corny jokes rather than the racism. The song “White Christmas” debuted in the earlier film, but is central to this one, and other Irving Berlin numbers appear throughout. The plot is about two guys who met in World War II becoming successful entertainers and producers, then being convinced by two sisters who are in their show to go to Vermont for Christmas, where there’s sure to be snow. Actually, it hasn’t snowed there in a long time, and the hotel where they end up staying and performing belongs to their old general. They put on a show to draw in guests, and the producers become engaged to the sisters. There’s a lot early on about Danny Kaye’s character trying to find a girl for Bing Crosby’s. The film suggests he just hasn’t found the right woman yet, but nowadays I’d think something else if a guy who worked in musical theater were uninterested in dating women. I also feel I should mention that the song “Sisters,” which appeared in this movie, was the first song on the Puppini Sisters’ first album. Death to Smoochy – I remember when this movie was out, and the commercials advertised it as “from the twisted mind of Danny DeVito.” Not knowing whether DeVito’s mind was particularly twisted, or if so in what way, this didn’t really mean anything to me. I guess it didn’t to very many other people either, as it was a box office flop despite having some star power. It’s not a great movie, but it’s a serviceable over-the-top satire of the entertainment industry focusing on children’s television, with some solid laughs. In addition to directing, DeVito plays a sleazy agent, while Jon Stewart is a sleazy TV executive (noticing a pattern?), Robin Williams a disgraced kids’ show host, and Edward Norton a naive, optimistic entertainer. Williams’ Rainbow Randolph is fired after being caught in a bribery scandal, so the network hires Norton’s Sheldon Mopes, a relative unknown with a clean record, whose persona is Smoochy the Rhino. Smoochy becomes a big hit, but Sheldon has trouble navigating the duplicity and backstabbing going on behind the scenes, and ends up the target of assassins. Williams basically plays himself, and it’s even darker in retrospect that he’s a guy who’s seriously depressed and tries to kill himself at one point. He tries to discredit Smoochy in a desperate attempt to get his show back. The movie is pretty cynical overall, but also has a happy ending due to Sheldon sticking to his principles. That said, he does also befriend some Irish mobsters who help him out in less principled ways, but he’s not directly responsible for that. Beth mentioned that it sort of relates to cancel culture, although nobody actually called it that back then, since Mopes is framed by Randolph as a Nazi sympathizer, and it’s successful until Randolph blurts out while drunk that he was responsible. Randolph himself is disgraced for an actual crime and does some really terrible things, but he’s also redeemed when he saves Mopes’s life. I’m not sure if there’s any specific message in that, though. And maybe that’s what I thought both worked and didn’t work about this film. It was a funny dark comedy, but was too unfocused to really make a point.

Young Einstein – This is another one I remember the commercials for, even though it’s from longer ago. We didn’t have cable when I was a kid, but we’d occasionally watch Nickelodeon at my mom’s boyfriend’s apartment, and they were promoting this film quite heavily. It looked stupid even when back then, and I certainly can’t say this wasn’t an accurate impression. Australian filmmaker Yahoo Serious decided to make a movie where Albert Einstein is from Tasmania for some reason, and also invents rock and roll for…probably the same reason. Actually, the latter might have been in imitation of Back to the Future. Beth also mentioned Bill and Ted’s Excellent Adventure as a likely influence, as it’s about famous historical figures acting silly. I believe the scientists portrayed in it were technically contemporaries, but none of the situations made any particular sense. Einstein splits the atom when trying to add bubbles to beer, has a romantic entanglement with Marie Curie, is locked in an insane asylum with Ernest Rutherford, and has to save the day by defusing a giant nuclear-powered beer keg. It’s essentially a live-action cartoon with a lot of Australian references, and apparently it did make a lot more money Down Under than it did here, although I doubt it’s remembered fondly there either. There’s even a Tasmanian devil that looks like the troll from Troll. I will say that it seemed fully committed to its stupidity, which doesn’t necessarily sound like a good thing, but what I mean is that everyone seemed to be doing their best to make a nonsensical premise at least kind of work. That’s faint praise, but I guess I’m saying I often take less issue with a terrible movie that never tries to be anything else than with a movie that tries to make an actual statement and falls flat. 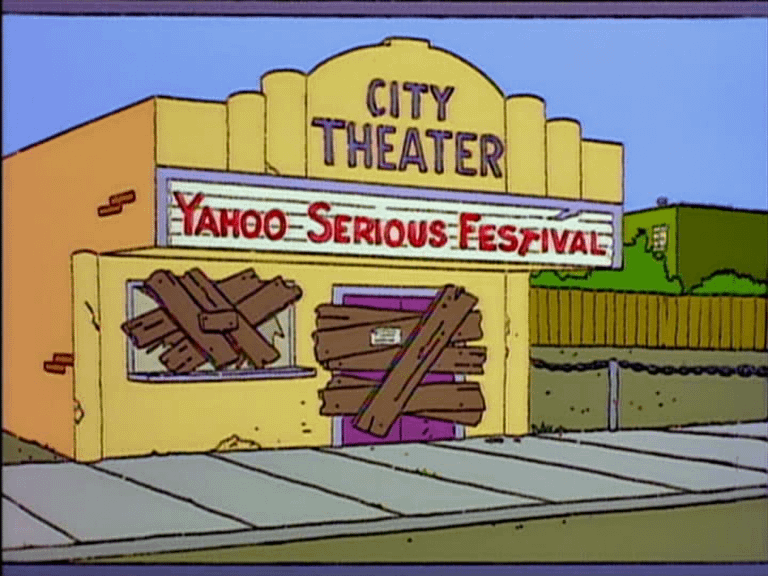