Frozen 2 – We watched this one last night, and it was a bit of a palate cleanser after hearing about fascists storming the Capitol all day. I’ve said before that I thought the original Frozen was a solid film, but not one that really stood out among Disney animated features of the time. The general public presumably thought it WAS the best, though, so it’s not too surprising it got a sequel. This movie definitely looks good, especially with the new sorts of creatures who appear in it, including a water horse (a nokk, according to sources outside the film itself), a cute salamander, and several earth giants (larger relatives of the trolls, perhaps?).

The characters were also consistent with how they were established in the first movie, and had their own stories and development. I was a little confused by the plot, however. It starts with King Agnarr telling a young Elsa and Anna about how his father died after building a dam as a gift to the neighboring Northuldra tribe in the Enchanted Forest, who worship the elemental spirits. Then, three years after the events of the first film, a grown Elsa hears a voice calling to her and accidentally wakes the four spirits. Why now, I’m not sure, as the actual conflict occurred over thirty years earlier. Or is it because of how Elsa’s powers are developing? It seemed kind of abrupt. Anyway, the spirits wreak havoc in Arendelle, and the people evacuate, with the main characters traveling to the Enchanted Forest to try to figure out what exactly happened in the past. They find out that several guards from Arendelle have been trapped there, and that Elsa and Anna’s mother was one of the Northuldra who saved Agnarr’s life. Elsa uses her ice powers to cross the sea to the magical glacier of Ahtohallan, and there sees visions of the past, and learns that Agnarr’s father Runeard had actually built the dam to weaken the Northuldra in an attempt to conquer the forest. 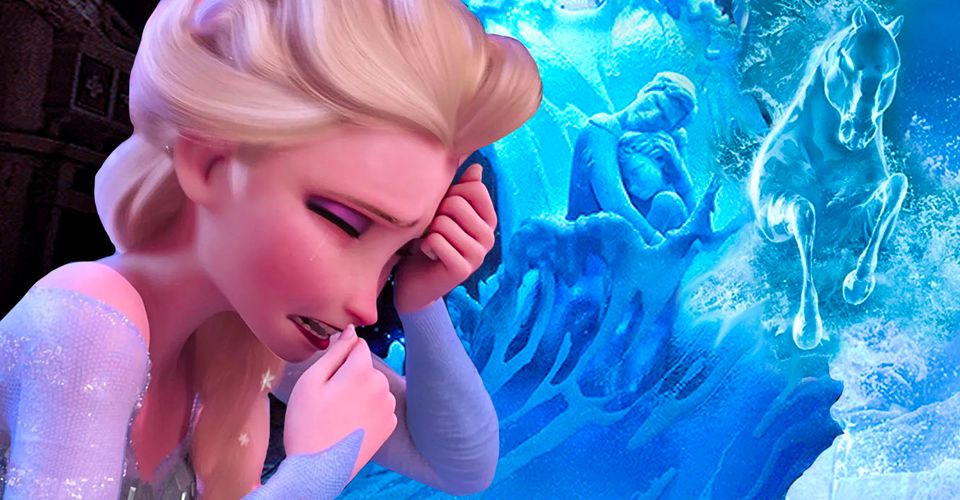 Elsa manages to convey this information to Anna, who gets the giants to help her destroy the dam to set things right. 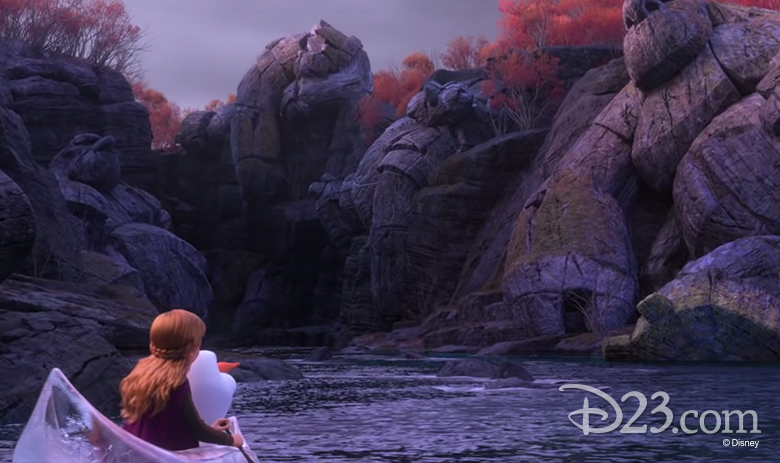 For some reason, the guards immediately go along with this, maybe because they’re not used to refusing royalty. Why does she choose such a dangerous way to destroy the dam? I guess it’s just part of her reckless character. Both Elsa and Olaf are thought dead but turn out to be fine, kind of an overuse of that trope, although it makes sense because Olaf is animated by Elsa’s magic. Elsa becomes guardian of the forest, and Anna takes her place as Queen of Arendelle. I feel like too much significant information was kind of glossed over, making it not always clear why the characters did what they did. With this in mind, it’s also strange that they recapped the first movie so much. I assume Olaf’s retelling of the earlier story was an homage to C-3PO and the Ewoks in Return of the Jedi, if perhaps not a conscious one. It’s also kind of weird that Elsa (well, with Anna) is the fifth elemental spirit when her powers are very centered on one particular element, water. And Agnarr is shown in one of Elsa’s visions reading Hans Christian Anderson, which is pretty meta-referential, as the franchise was rather loosely based on his work. For the most part, though, it worked but didn’t wow me. I’d say it’s a better follow-up to the original than Ralph Breaks the Internet, though.