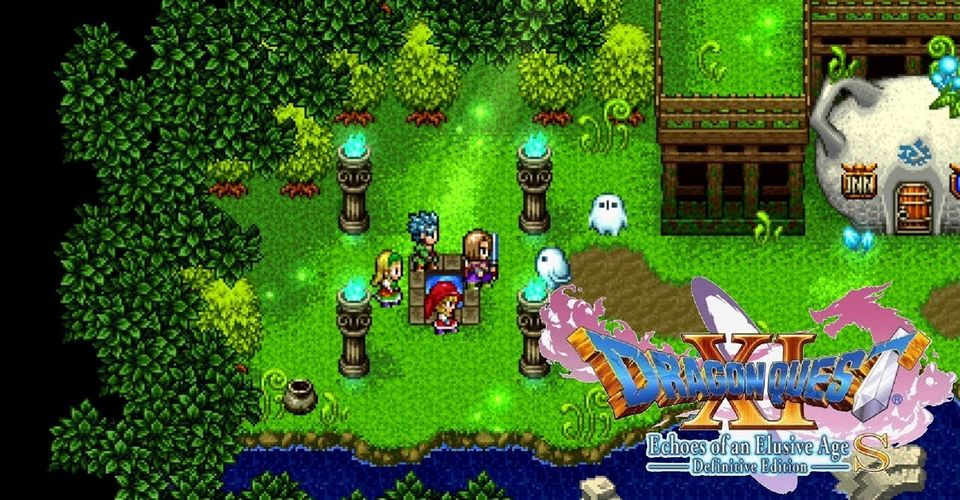 I’m still playing Dragon Quest XI. It’s a longer game than I realized, especially after beating the guy who’s initially identified as the main villain. But there was one aspect I wanted to discuss that I’m almost done with, the village of Tickington. This only appears in the Definitive Edition of the game, originally just for Switch (and 3DS in Japan), but now on other systems as well. I believe the town’s inhabitants, the Tockles, were in every version of the game. 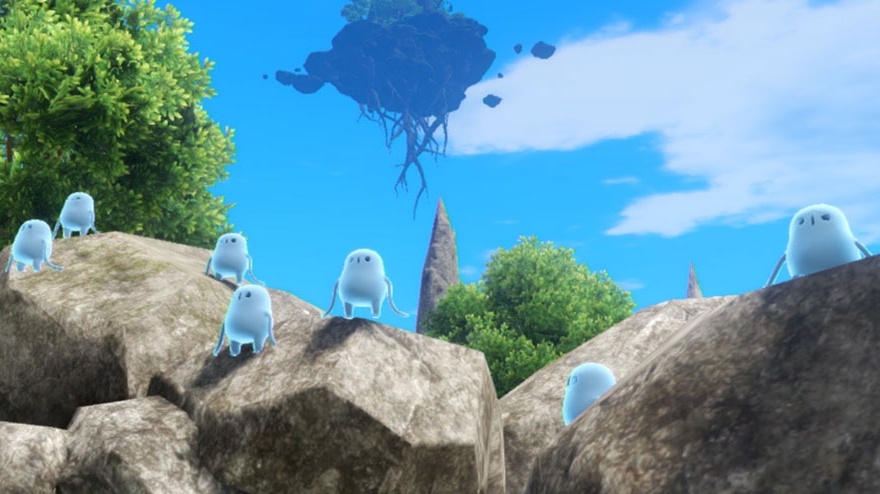 They’re beings who oversee the flow of time, found throughout the world but only visible to the Luminary. Most of them are just seen walking around and then disappearing. They’re likely related to the Watchers, and Calasmos first appears in Tockle form. 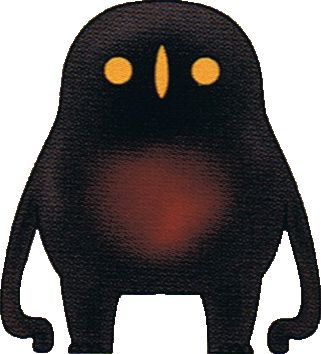 The ones associated with the Tickington quests, however, can be spoken to when you locate them. Each one gives you something called a pastword, although the words themselves are never revealed. 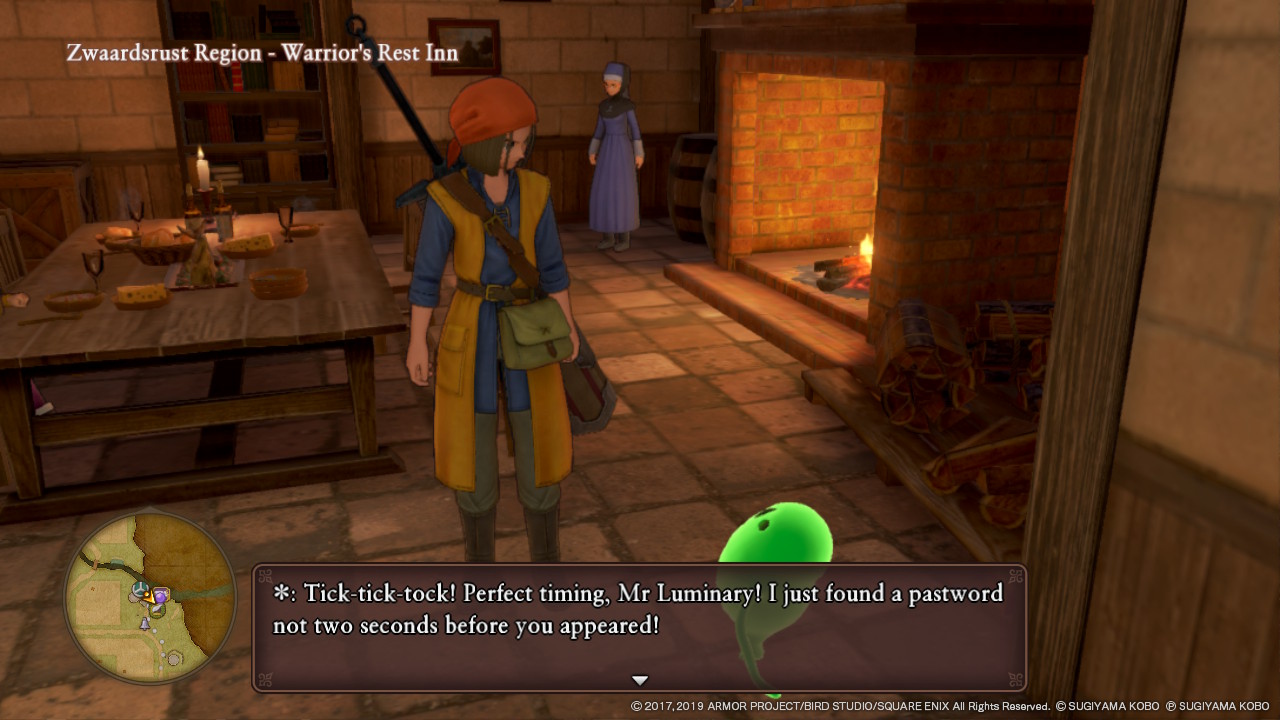 One Tockle named Tickle will transport your party to Tickington, a town outside the normal flow of time, and rendered in 2D (in the Switch version, anyway). 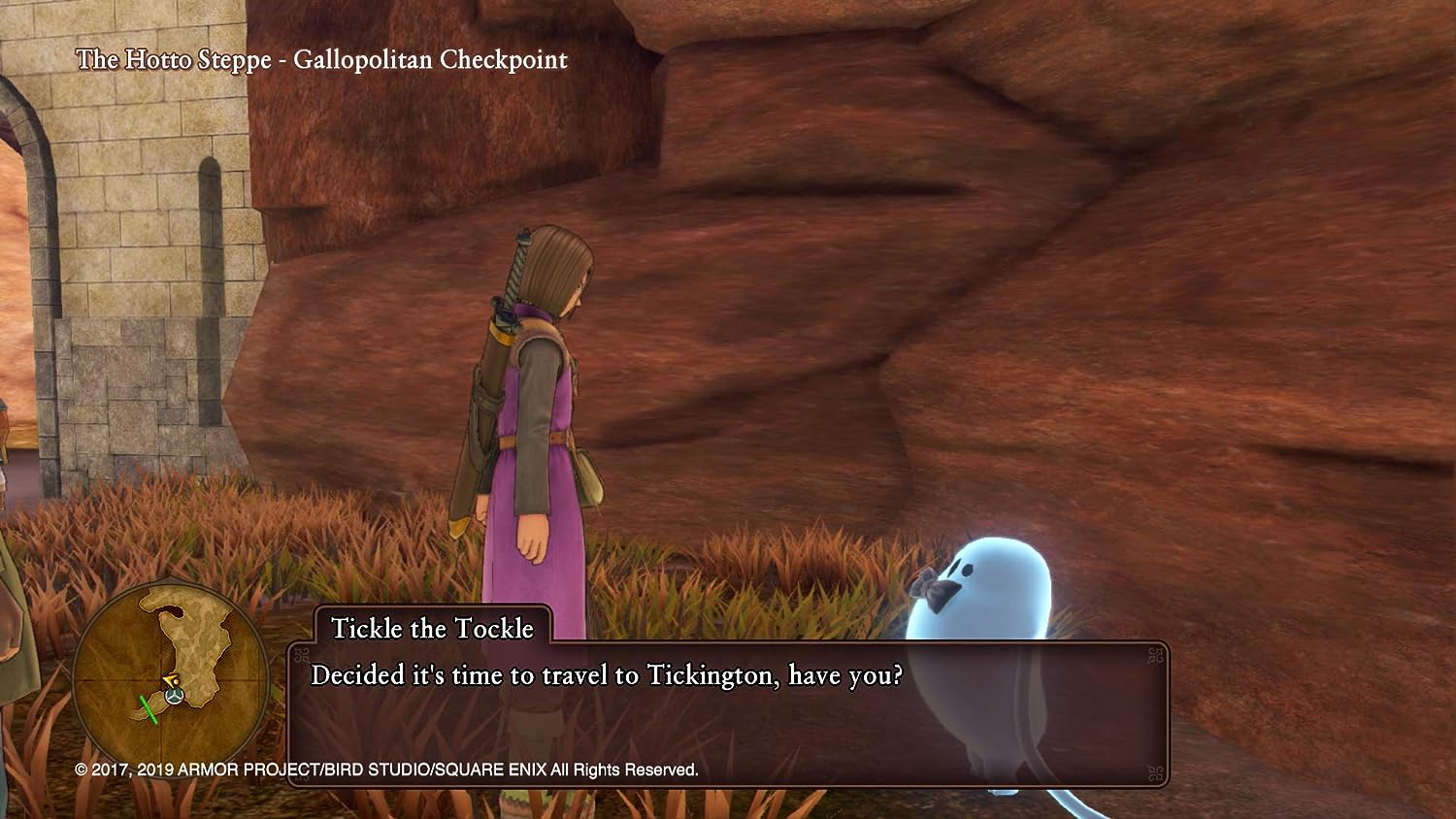 In the Echo Chamber of this place, there are book portals to ten different worlds, those of the previous ten Dragon Quest games. All of them are also in 2D, even when the original game isn’t. 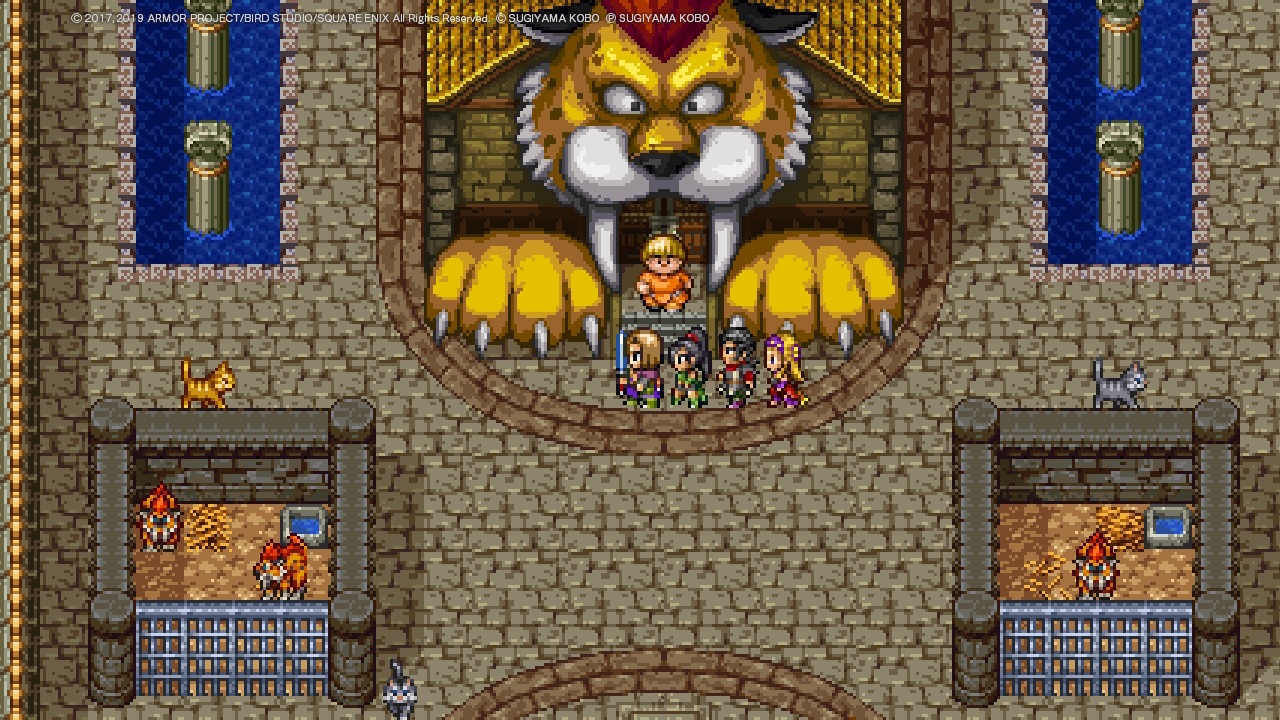 Each world has three different quests, each accessible with a specific pastword. This usually means three locations as well, although a few have you visit the same place in two different quests. Your job is to set history right by performing a certain deed, some of them quite simple and others more involved. Some specifically set up events in the earlier games: making sure the DQ3 hero’s parents get together, defeat a monster who’s been heating up the Imperial Pantry of Parthenia in 4, restore the personality of 8’s Jessica Albert. Some of these intersect with each other, and there are some inside jokes. In 2, you have to go to several different places before finding the Prince of Cannock, and here he wanders from one world to another. 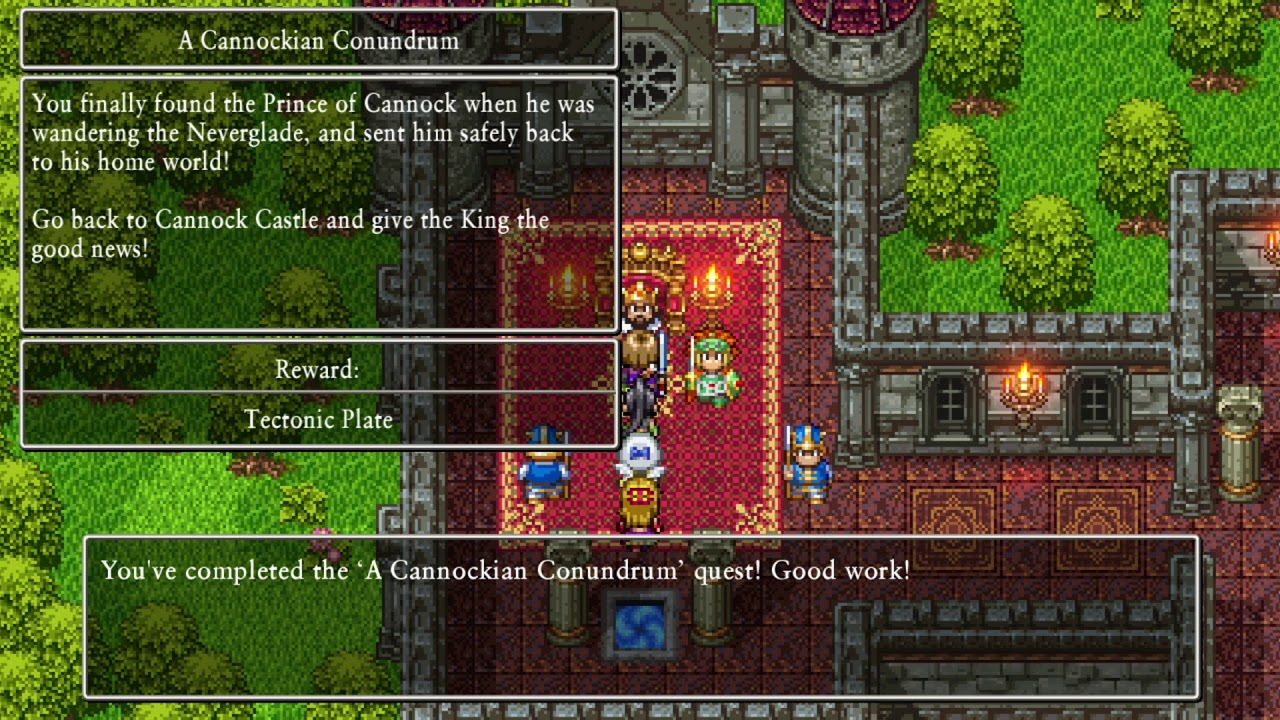 It’s cool that he’s apparently met both Kiefer from 7 and Pankraz from 5. The recurring gag of an old man wanting to become a bunny girl becomes a plot point in Alltrades Abbey from 6. 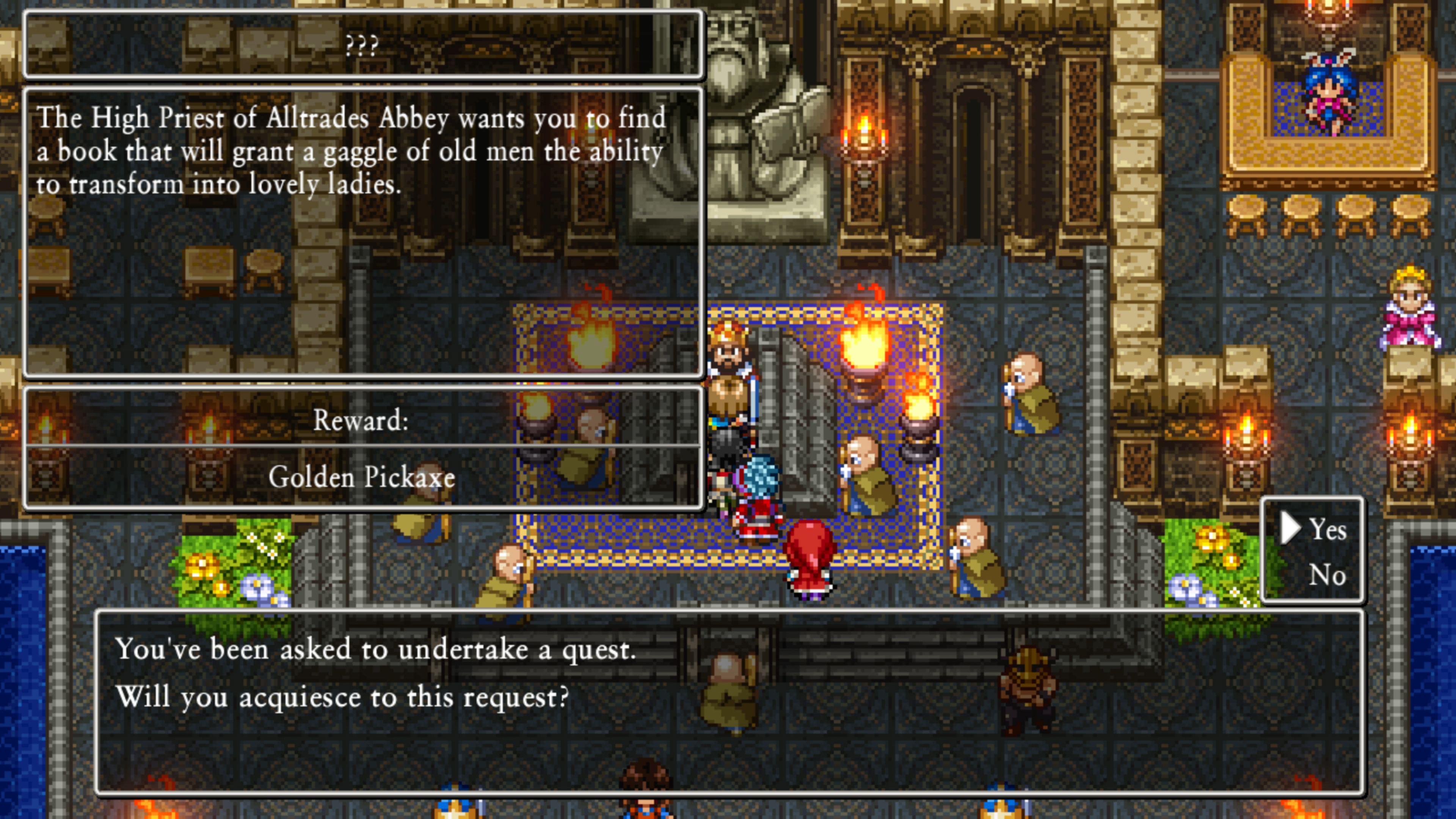 One adventure revives Baramos from 3, and most of the kings from that game make cameos in it (but not the queens, presumably because that would require different sprites). 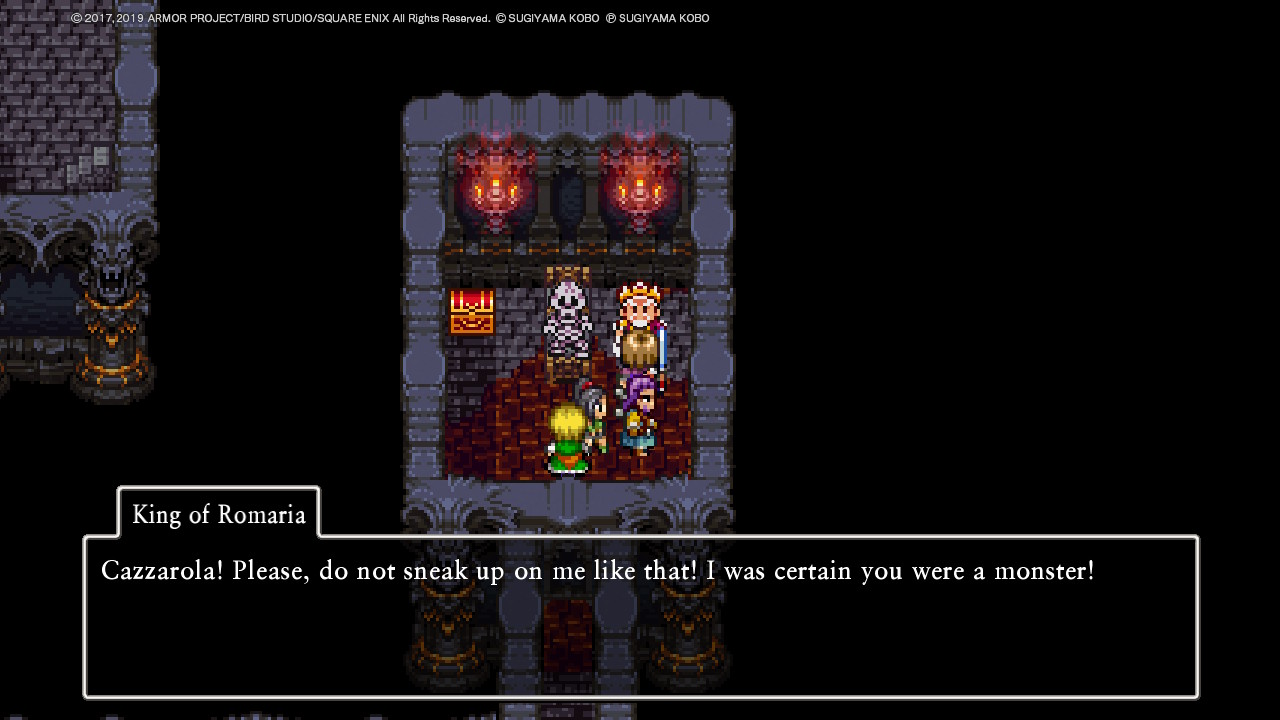 Baramos is pretty difficult, too; this was one of the few Tickington quests I had to try multiple times. 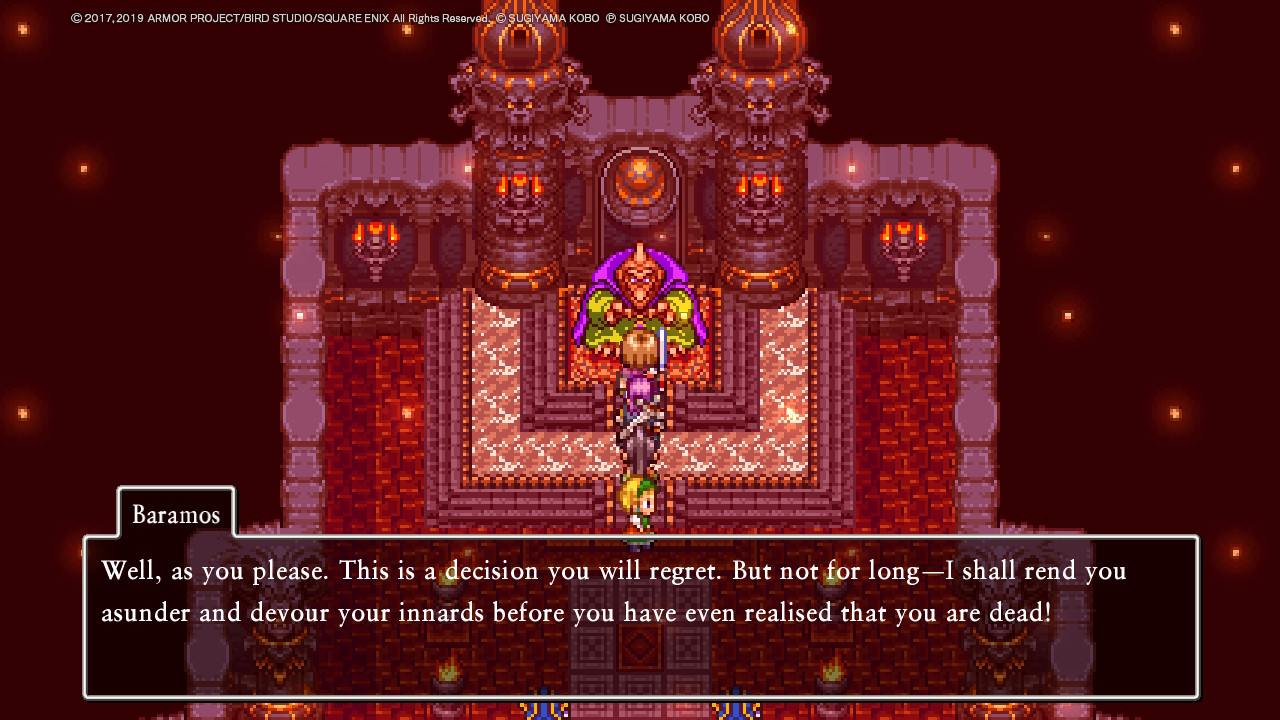 Since DQ10, an online game, was never released in the West, this is the first time I’ve seen elements from that. 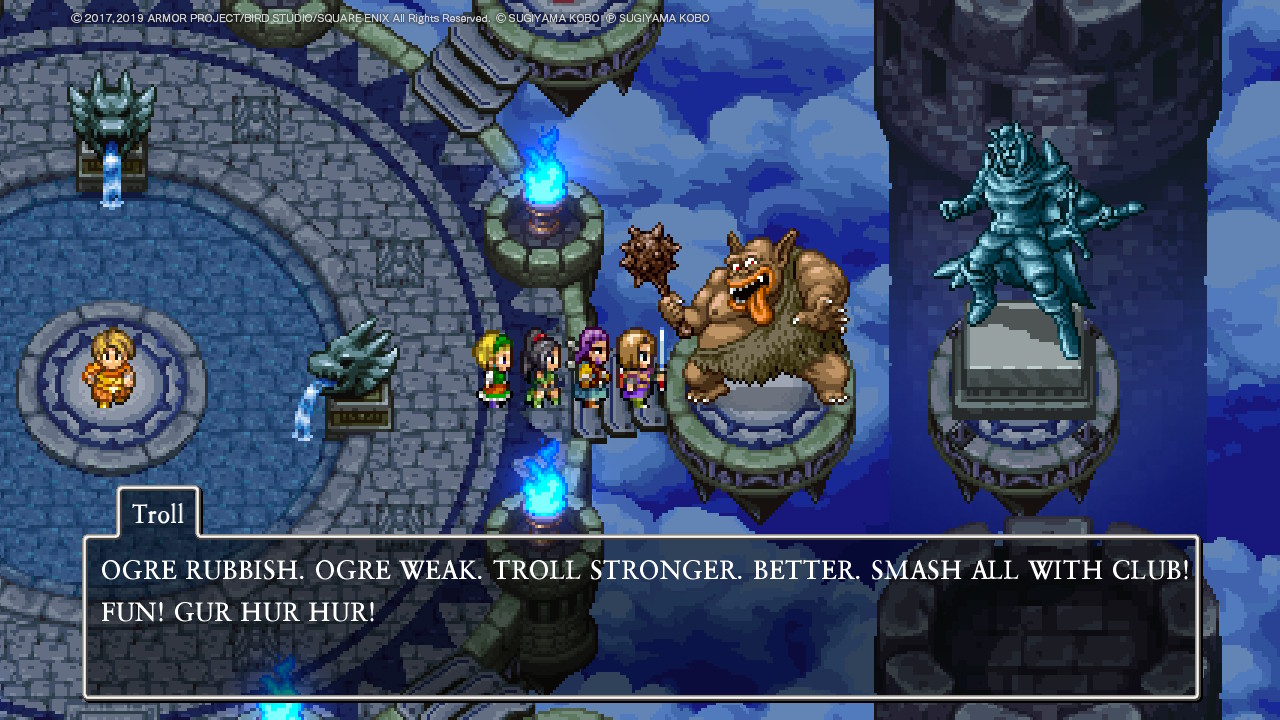 The most recent one I finished brought back the cave to Rendarak in 2, which seems to be one of the most hated dungeons in the series, for good reason. 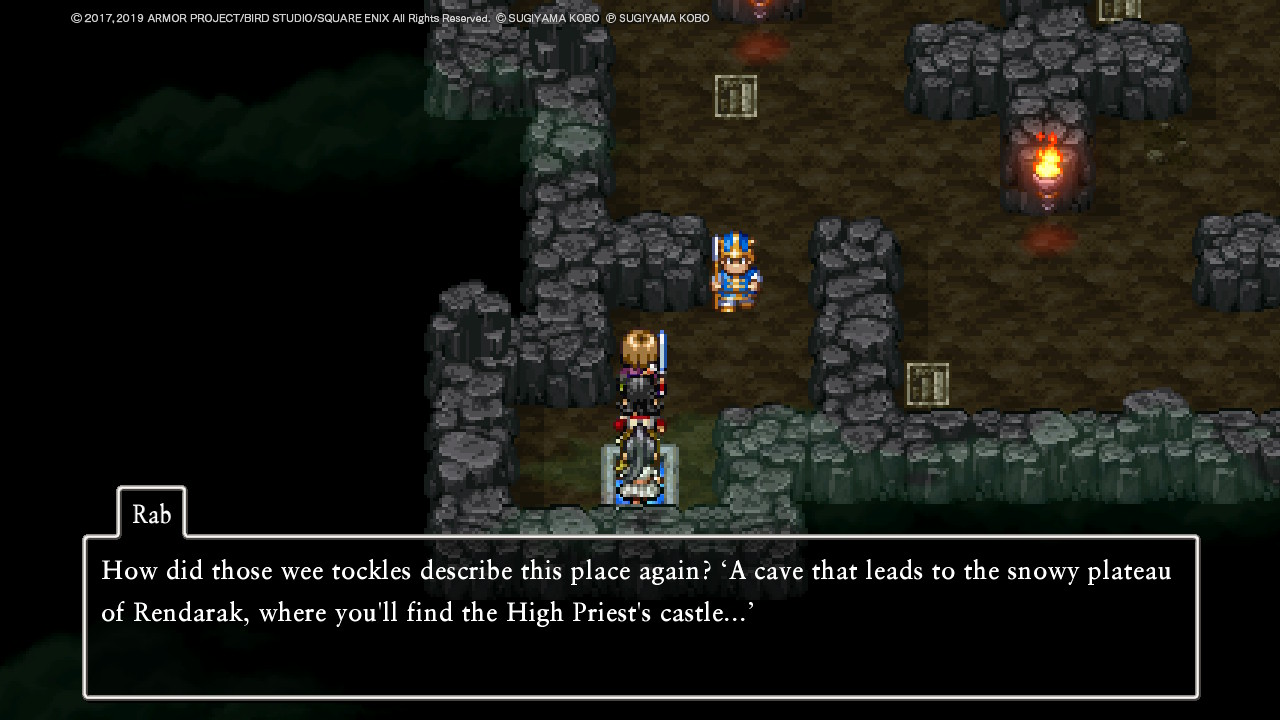 At least you don’t have to go through the whole thing. The only remaining one requires beating the final boss to finish.