While Ozoplaning with the Wizard of Oz sets the stage for a sequel with the Wizard and Tin Woodman trying to retrieve the lost Ozpril, such a book was never published. As indicated in Michael Patrick Hearn’s afterword, Ruth Plumly Thompson did toy with the idea. In 1960, she came up with ideas for such a book, including Jug-heads who weren’t allowed to show their faces, Rocketeers, Bottled or Packaged People, and Roofers. As per Hearn, “He would encounter the Frowning Prince and the Smiling Prince, Aunt Hill (‘What you need is a nice auntie!’), Stumbleena, Mrs. Floppenhopper, a Snowman with a melting glance, and Judy the dressmaker’s dummy. His bag of magic tricks would include a magic lantern, a magic pipe that goes up in smoke, a magic ring, and a down quilt. And for an animal companion, Thompson was considering Jenny the Gentle Giraffe, Willy-Nilly the Billy Goat, or Jo the Flamingo.” These notes are intriguing, if also a bit confusing. For instance, is the snowman’s glance itself melting, or does it melt others? 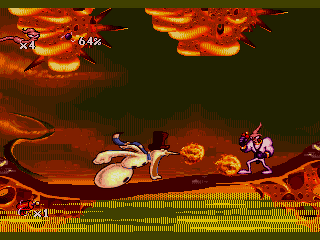 Would Aunt Hill be a talking anthill, a talking regular hill, or just a name? I don’t know Hearn’s source for this material, so there’s no telling as to whether Thompson ever fleshed any of it out. One exception would be the packaged people, who do appear in the book she actually ended up writing in 1960, Yankee in Oz. Some of the characters sound a bit recycled, as there had already been a living dummy in Lost King, and goats in Rinkitink and Pirates, not that this would necessarily make any difference.

Maybe Humpy and Judy could end up as a couple, although that’s probably just me being heteronormative. Was she named after Judy Garland? There actually is a giraffe named Jenny in Peter Schulenburg’s Corn Mansion, who is unable to talk but can write with her tail.

Was she named after the proposed Thompson character? Probably not, as it’s pretty common to give an animal a name with the same beginning sound as the type of animal it is. Along those lines, March Laumer had a giraffe named Gerry, and I think that might have also been the name of my wheeled giraffe toy when I was a baby. And of course Toys “R” Us had Geoffrey.

Atticus Gannaway actually did write a follow-up to Ozoplaning back in his adolescent years, which the now departed Chris Dulabone had planned to publish. It never came to pass, however, and Atticus has no interest in revisiting it, which is fair. I’m sure my work from that time in my life isn’t particularly great either, although I never managed to finish a manuscript. But it does remain an unwritten chapter (or book) in the history of Oz. Not surprisingly, I’ve considered the idea before, but nothing really came to mind in terms of plot or settings. The Wizard could revisit some other sky countries from previous books, but that’s not something Thompson would have been likely to do, and most of those places appear to be lower in the air than Stratovania. The Blowmen apparently blow the Ozpril upwards, but I guess there’s no reason it couldn’t have fallen again. But maybe there are other places to visit in the mesosphere or ionosphere. I believe it was John Bell who suggested that John R. Neill’s Wonder City purposely echoed the journey in Ozoplaning in that it had Ozites fly an Ozoplane to a hostile place in the sky where the inhabitants travel to Oz to invade the Emerald City. From what I understand, the invasion only happened in the published version, which was heavily rewritten without Neill’s involvement, but it does seem that Neill might have had the previous book in mind.