Dragon Quest XI – SPOILERS for the Nintendo Switch version – I’ve finally finished this, or at least defeated Calasmos; I know there’s technically more to do in the post-game. When I first discussed this game, I talked about some of the innovations in it. I’m going to correct myself and say that I believe you do get SOME experience from running over monsters with a horse, but it’s not as much as you’d gain from the actual battle. In addition to horses, there are also some monsters you can ride, or in some cases ride their steeds, after beating them. In many cases, this is mandatory to reach certain areas on the map, as some of them have the ability to climb walls, jump really high, fly, or smash obstacles. 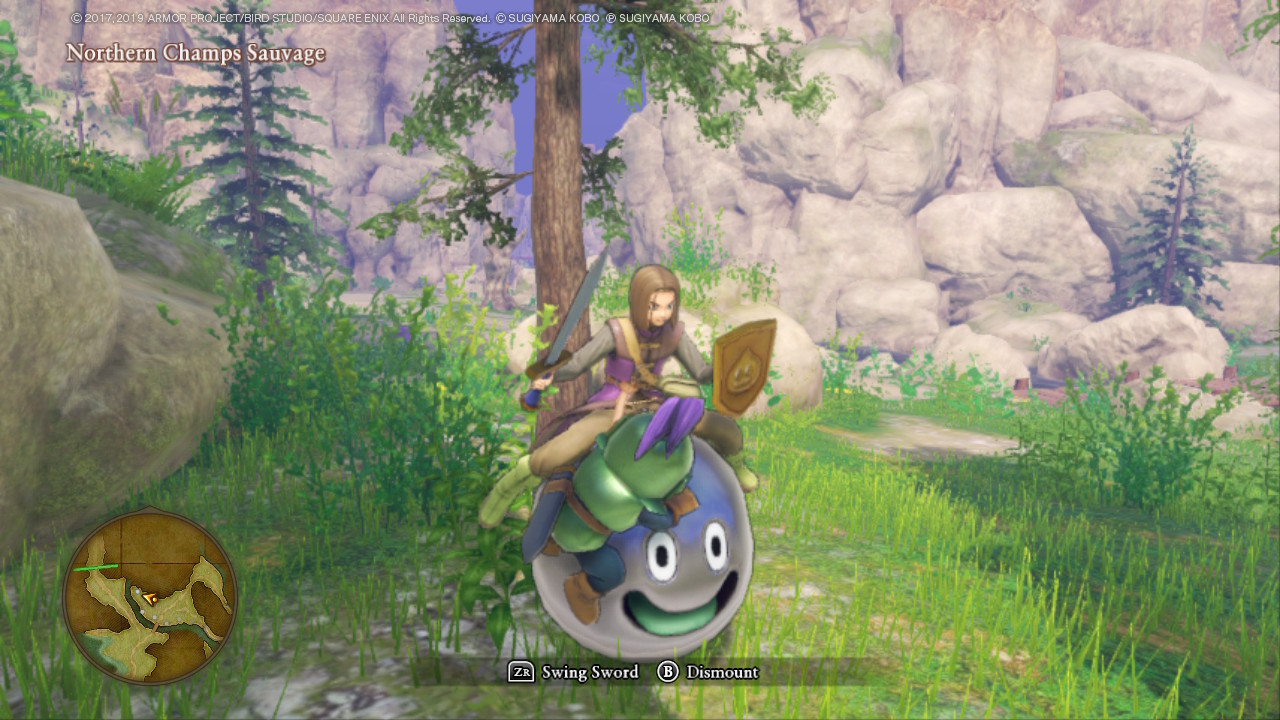 They can be difficult to control sometimes, but it’s still a neat idea, the closest I can think of in a previous game being how you can ride Sabercats in DQ8. As your characters gain levels, you obtain skill points you can apply toward learning new skills, as in 8 and 9. Some of these will unlock additional abilities the party members can team up to perform when they reach a pepped-up state in battle. As usual, you can only keep four members in your active party, but the others will still get experience and can be switched in and out. What is physically stopping them from all fighting at once? That’s just how these games work, I suppose. And you’d be pretty screwed if the monsters weren’t limited by the size of the screen. The towns and other places you visit tend to have a lot going on, and there’s more of a sense of politics going on being the various kingdoms than in many earlier games in the series. As has become the norm, the places tend to have cultures and accents based on real-world ones. Heliodor is English, Hotto Japanese, Gallopolis sort of Arabian and Turkish, Gondolia based on Venice, Octagonia American, Puero Valor a Spanish seaside city, Lonalulu Hawaiian, Sniflheim Scandinavian, L’Academie de Notre Maitre des Medailles a French girls’ school (and the requisite location for trading tiny medals for useful stuff), Phnom Nonh Cambodian, and Angri-La Tibetan. Arboria has Greek architecture, but the people there have English accents. The destroyed Dundrasil and Zwaardsrust are Scottish and Dutch, respectively; and there’s also an undersea city of mermaids who speak in rhyme. 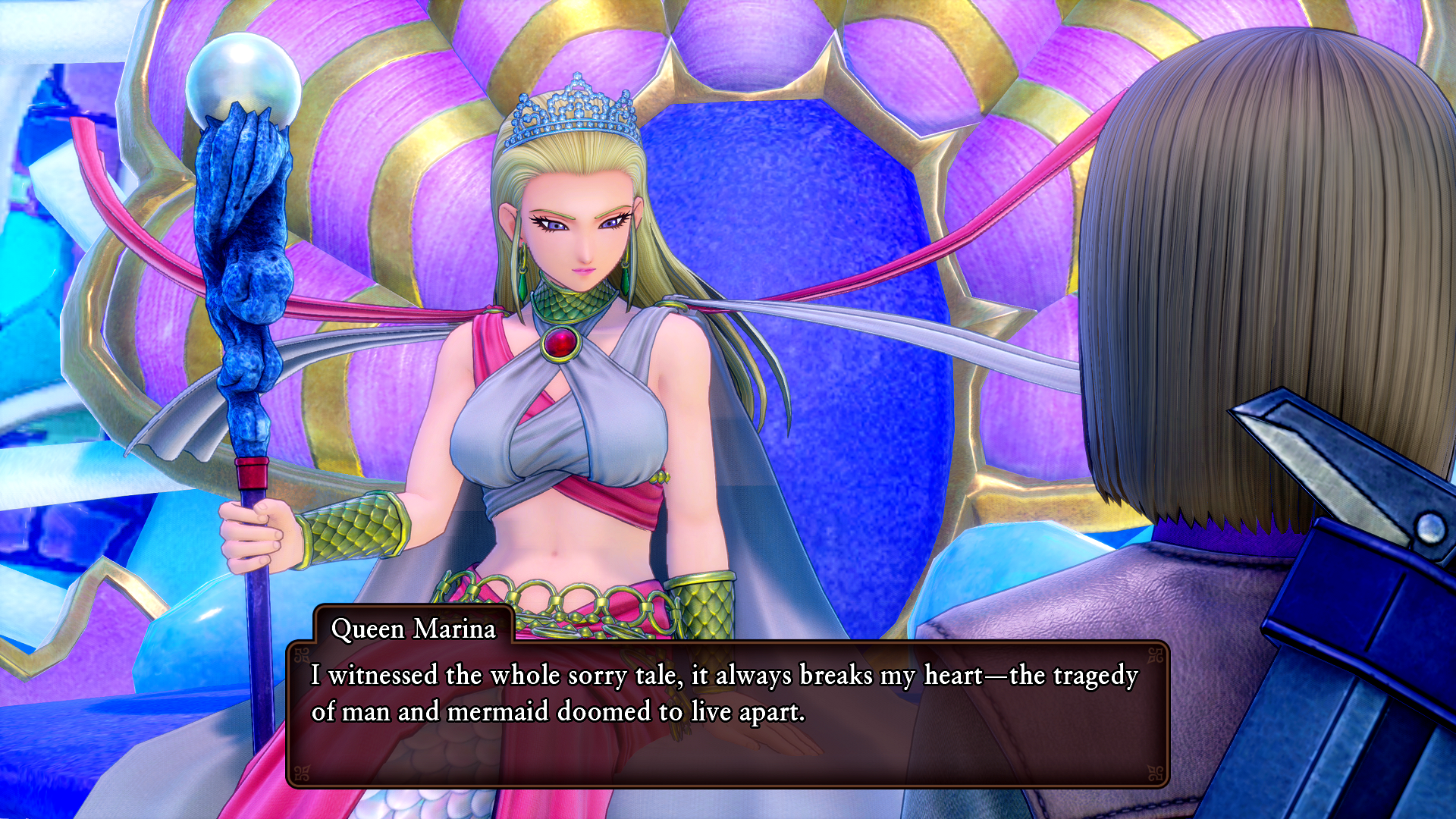 What’s weird is that Phnom Nonh has tourists with Australian accents, apparently a reflection of real life, but you never find out how country they’re originally from.

The game is divided into three acts, although the second has its own credits sequence, so I guess you could count Act 3 as part of the post-game. It’s a little confusing in that respect. The first has the typical structure of gathering party members, exploring the world, fighting monsters, and helping people. Then, at the end, the villain Mordegon destroys the World Tree and leaves your party for dead. 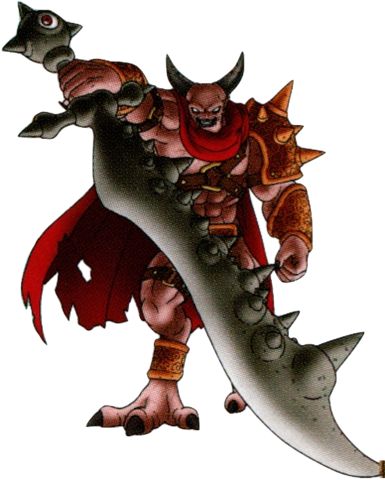 It’s a lot like Final Fantasy VI, where the next part takes place in a ruined world where everyone is really depressed, and you have to find all your companions again, except for one who’s died for good. This version includes a bit between the first two acts where you play as the supporting characters, giving some indication as to what they were up to after the destruction and before they meet up with the Luminary again. It ends with the party taking on Mordegon himself in order to save the world. In the third, the Luminary is able to go back in time to try to set things right, letting the dead party member and the World Tree survive. The hero goes back with his skills and items intact, and the other characters eventually regain their strength and abilities from Act 2 as well. Most of what you did in the previous act becomes undone due to the time travel, but solving these problems again is generally easier this time around, although the monsters are more powerful. It does, unfortunately, make some story points less satisfying, like Erik’s reunion with his sister and Sylvando’s with his father. The mini-quests you performed in Act 2 are also still treated as being resolved, which makes sense from a gameplay perspective (who wants to do them twice?), but not in terms of continuity. And I still can’t figure out why Octagonia still ends up with casinos when Mordegon’s Spectral Sentinel isn’t around to put them there. But then, I’m just not big on casinos, in games or real life. Yuji Horii, the series creator, is known to enjoy gambling, and the casinos in the DQ games sometimes have cool items you can’t get elsewhere.

The back story, as revealed throughout the game, has it that, long before the beginning of the game, Erdwin, the earlier incarnation of the Luminary, set out with his companions, the warrior Drustan, the sage Serenica, and the mage Morcant.

They fought the evil Calasmos and managed to imprison him in an object in the sky that came to be known as Erdwin’s Lantern, but Calasmos managed to corrupt Morcant with the temptation of power, turning him into Mordegon, the Lord of Shadows. Mordegon possessed the King of Heliodor in his plot to conquer the world and live forever. In the timeline where Mordegon is brought down before he can destroy Yggdrasil, Calasmos returns to Erdrea and has to be defeated by the Luminary’s reincarnation. 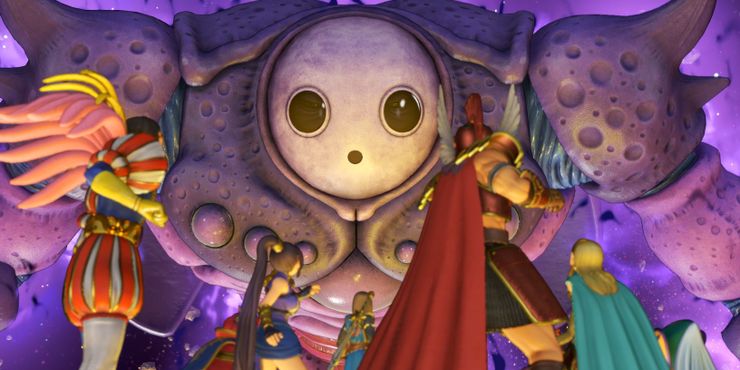 Yggdrasil turns out to be a form of Yggdragon, the draconic deity who created the world of Erdrea, sort of like Celestria in DQ9.

She betrays the title of Erdrick on the Luminary, setting up the events of DQ3. That said, we don’t know how much later 3 takes place, and whether it’s set on the same world. The Sword of Light in 11 appears to be the same as the Sword of Kings, which later becomes the Sword of Erdrick.

There’s even an item called the Sword of Kings in 11, which is a component in forging the Supreme Sword of Light. I didn’t do this part, as it requires winning several horse races, and I’m not too good at that. Yggdragon also foreshadows that the Dragonlord from DQ1 might be another incarnation of her, or something like that. I did do the last of the main Tickington quests, which requires you to have beaten Calasmos. After that, there are some bosses who resemble those from earlier games. I defeated the first three, but I was no match for the next triad, even though some of my characters are leveled up as much as they can be.

Oh, well. Maybe I’ll try again later, but I have other games to check out in the meantime. And I’ll probably discuss DQ11’s characters in the main future.