The Fellowship of Hell Can’t Help You Now 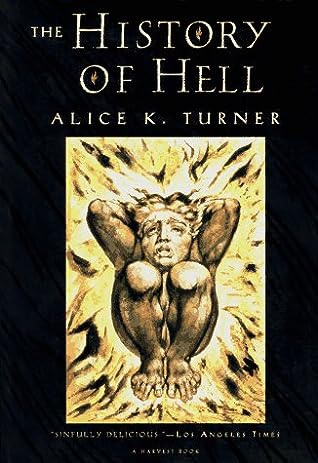 The History of Hell, by Alice K. Turner – Erica Olivera recommended this book to me, and I quite liked it. In a casual style, it explores the concept of Hell throughout history, in both religion and popular culture. It begins with early takes on the world of the dead, including the Mesopotamian, Egyptian, and Greek. A lot of the geographical features that came to be associated with underworlds first showed up in Mesopotamian mythology, while the Egyptian world of the dead was very complicated, with multiple zones and dangers. Tartarus was originally a prison for the Titans, but came to be a place of punishment for dead mortals as well. Hades has multiple rivers, and was inhabited by monsters. Christian thought struggled with working together the various ideas of the afterlife presented by what became the New Testament: Jesus’ mentions of a fiery place of punishment, the parable of Lazarus (not the guy who came back from the dead) ending up in the bosom of Abraham while the rich man who ignored him went to Hell, the Kingdom of Heaven, and the upcoming resurrection and Last Judgment. It’s been a common question as to what the need is for immediate reward and punishment after death when that’s going to happen at the end of the world anyway, and whether eternal damnation is really in line with Jesus having saved the world from sin. Another common theme in early Christianity was Jesus’ harrowing of Hell, which had its antecedents in the tales of Inanna, Orpheus, and others. 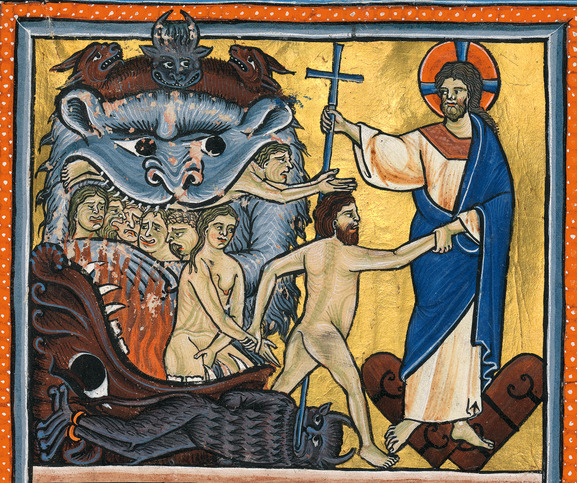 Purgatory was devised to provide a way for people to pay for their sins in a finite way. Jesus’ mother Mary came to be regarded as the ruler of Purgatory, who would intercede with her son to get people out of Purgatory. The Protestants, who wanted to remove most Catholic trappings, threw out Purgatory with the rest. Religiously themed plays often depicted Hell, and the Hellmouth from Anglo-Saxon art became a common prop. 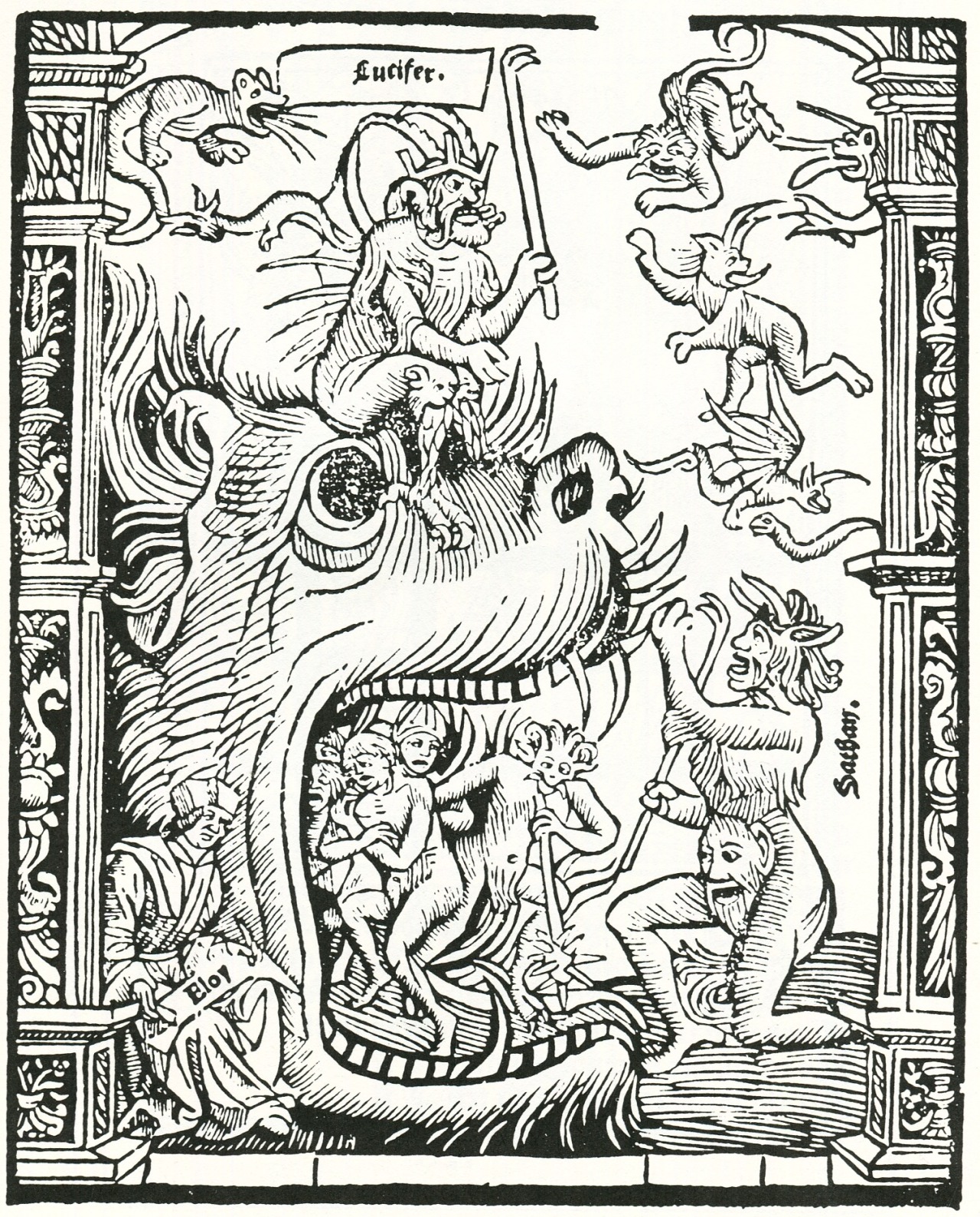 The name of the Devil is something briefly discussed in the book. Here, the artist portrays Satan and Lucifer as two different individuals, the latter having a beard.
Dante’s Inferno placed Hell underneath Jerusalem, with Satan in the center of the Earth. It was thoroughly laid out into nine circles, each with its own sorts of sinners, and also incorporated the rivers from the Greek Hades and a city that was home to fallen angels. The city of Dis came to be seen as a medieval citadel. The Jesuits regarded Hell as a ridiculously crowded place full of squalor.

And John Milton wrote of the place as a separate part of the universe from Earth, and that the city of Pandemonium was incredibly opulent.

There’s even a mention in the book of Tobias Swinden claiming in 1714 that Hell would have to be located in the Sun. Turner reports more modern versions of Hell being less literal, more symbolic and often satirical. She doesn’t go into that much detail on most of what she mentions, making a lot of them tantalizing inducements to further reading. There’s a lot of fascinating art as well, and it’s disappointing that most of it is small, at least in the edition of the book I got from the library; but it’s cool that it’s there. Beth has mentioned a Hellmouth being in a book she had as a kid, and I recently found out it’s from the Hours of Catherine of Cleves. 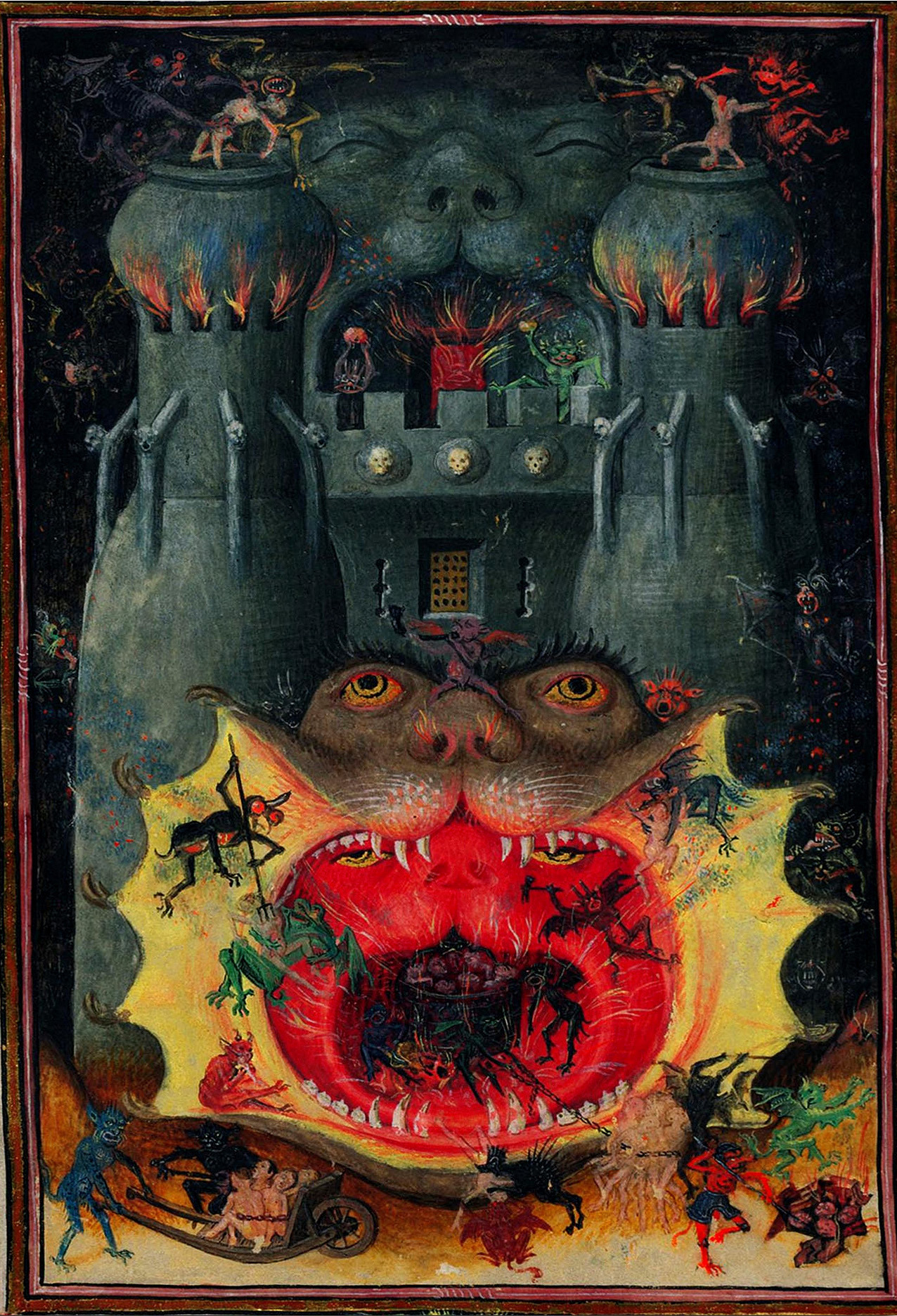