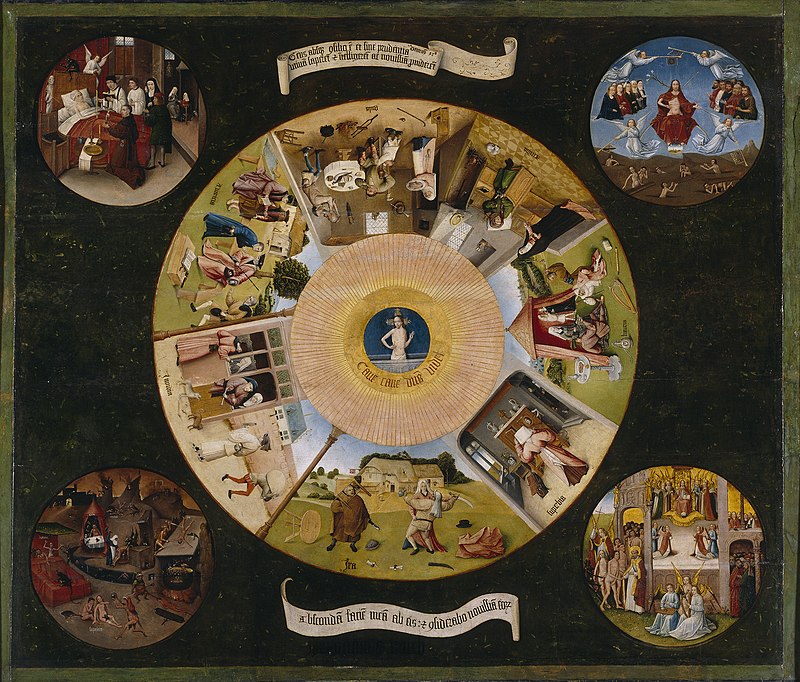 We all know about the Seven Deadly Sins, generally given as pride, greed, wrath, envy, lust, gluttony, and sloth.

Is parting your hair in the middle a sin? I used to do that before I was informed that it’s unflattering.
These were codified in 590 by Pope Gregory I, and the Seven Heavenly Virtues that were their counterparts are chastity, temperance, charity, diligence, patience, kindness, and humility. You don’t hear quite as much about those, or at least I don’t. The sins are all based on perversions of natural urges, wanting too much of a good thing. I seem to recall getting greed and gluttony mixed up in my childhood because Greedy Smurf’s whole thing was eating a lot. 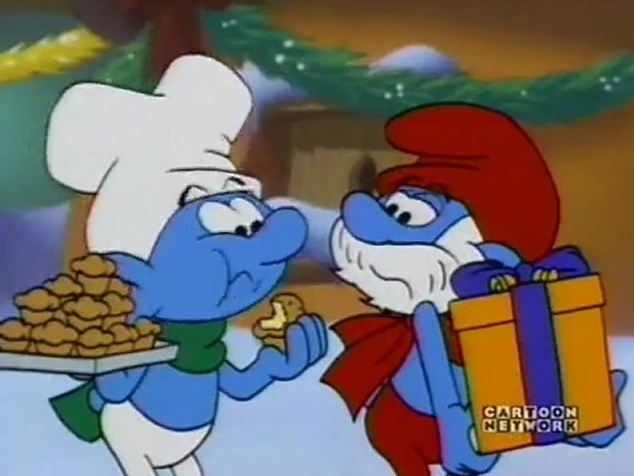 Then again, “greed” is a rather general word that could really encompass any of the others on the list. I guess the Deadly Sins are largely a Catholic thing, as it seems to be common among Protestant fundamentalists to say all sins are equal before God, which comes across as both morally and mathematically suspect. And Jesus claimed that the worst sin was blasphemy against the Holy Spirit, although I’m not entirely sure what that means. The seven sins tend to be associated with anything that comes in sevens, including the Chronicles of Narnia, the characters from Gilligan’s Island, and the Seven Dwarfs. For the latter, I think wrath and sloth are really the only two that match up. And the thing with fairy tales is that aspects of them change over time, so while it’s common for Snow White to have seven caretakers, the number does vary. Disney based their movie on the tale as written by the Brothers Grimm, and while that definitely has seven dwarfs, they’re not differentiated and I don’t think there’s any obvious symbolic significance. As per this essay, Disney’s dwarfs match up better with the Seven Moods of Man, presumably the same as the seven basic emotions identified by Dr. Paul Ekman: happiness, sadness, surprise, fear, anger, disgust, and contempt. They still don’t quite match up, but it works a bit better. At least some of Mordegon’s main followers in Dragon Quest XI are likely related to the Deadly Sins, as demonstrated by one of them being named Avarith. Jasper is primarily motivated by envy, Booga by lust, and Gyldygga by greed. The importance of the number seven in Middle Eastern religion might come from the number of visible planets in Babylonian astrology, but I’m sure some uses are just coincidence, as tends to happen when you use small whole numbers.

I’ve seen it suggested, including in Alice K. Turner’s The History of Hell, that the Deadly Sins came directly from Mithraism, but I don’t know of any direct proof of this. From what I’ve seen, Mithraism is a mystery religion with seven levels or grades of initiation, which St. Jerome identified as the crow, the bridegroom, the soldier, the lion, the Persian (that one doesn’t really seem to fit, even though Mithras was originally a Persian deity), the sun-runner, and the father.

Each grade required an ordeal, presumably making it an early version of hazing. The proposed connection to the Deadly Sins is that each initiation involves freeing a person from one sin. Even if that’s true, though, why would the sins be exactly the same as the ones listed a few centuries later? The direct antecedent to the Deadly Sins is said to be the Eight Evil Thoughts from the fourth century, and why would these have gone from seven to eight and then back to seven again? The Mithraic system does likely link directly to the visible planets, however, so there’s some indirect connection.