Theft of the Magi

I purchased the SaGa: Final Fantasy Legend Collection for the Switch, and I’ve mostly concentrated on Final Fantasy Legend II. I tried out the first one, but died pretty much immediately. I actually did in FFL2 as well, but that one lets you retry a battle if you get wiped out. I’d actually played a bit of FFL3 some time ago. For the SaGa series, Square combined fantasy and science fiction, something Final Fantasy had technically done since the beginning, but it was still mostly fantasy until the PlayStation era. SaGa always had a lot of focus on robots and guns, even if magic was still a thing. The first three were released as Final Fantasy Legend for the Game Boy, which was a marketing thing because Americans would have been more familiar with that series. I remember Nintendo Power reviewing these games, particularly 2, where the focus on differently themed worlds interested me. The Japanese names for the first three translate to “Hell Tower Warrior SaGa,” “The Treasure Legend,” and “The Ruler of Time and Space: Shadow or Light.” As in many role-playing games, you start by creating a party of four characters, being able to choose between humans, mutants (Espers in Japanese), monsters, and robots. As a beginner, I chose to use one of each. The way each type works is rather complicated. Both humans and mutants will occasionally gain increases in their statistics after a battle. Robots get extra bonuses from the equipment they equip; and monsters have set stats and abilities, but can change form by eating the meat of defeated enemies. I don’t have a handy chart as to how the transformations work (I think there might have been one in the Nintendo Power Game Boy guide), so a lot of it is guesswork, and I’ve occasionally turned a pretty powerful monster into a much weaker one. Most things are temporary in this game, each weapon or spell only having a certain number of uses, at least for humans. Robot equipment does not break, although it can run out during a battle. Mutants have a set number of spells that will recharge when they stay at an inn, but these will sometimes change, seemingly at random. Weapons and attacks can be purchased or obtained in battle, and how effective they are often depends on various stats. I’ve used a walkthrough to help decide which ones to use, but even with that it often just feels like trying things out until something works. A single battle can only have up three types of monsters, but there can be up to nine of each one. Even in the same area, some fights can be incredibly easy and others really overwhelming. 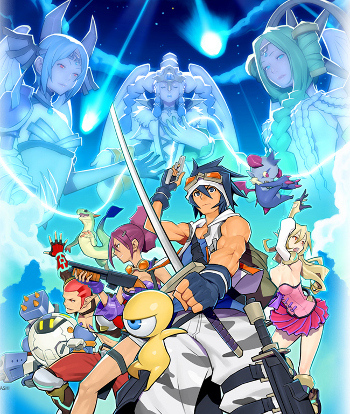 The game’s plot centers around the seventy-seven pieces of Magi, artifacts that some villains have been trying to gather to obtain an obscene amount of power. The protagonist’s father has been searching for the Magi as well, and when this character comes of age, they seek out their dad and end up on the same quest. There are thirteen different worlds to explore, each one pretty small, and all connected by a tower. Moving from one to the next usually requires the party to have a certain number of Magi. So far, I’ve only reached the third world, the one that used to have giants until they all decided to shrink themselves down to human size. With a potion from that world, I’ve sent my party inside the body of the priestess Ki, which I’ve had to leave and reenter several times.

As with a lot of games of this sort, deities from various mythologies show up. The first major villain is Ashura, who had been in FFL1 as well. His name presumably comes from that of the Asuras, Hindu gods opposed to the Devas, although it could also relate to the Semitic Ashur or Asherah.

The name was also used for a summon in some of the FF games. The Norse Odin revives you when you die, and the Greco-Roman Apollo and Venus and the Egyptian Isis also make appearances later on. 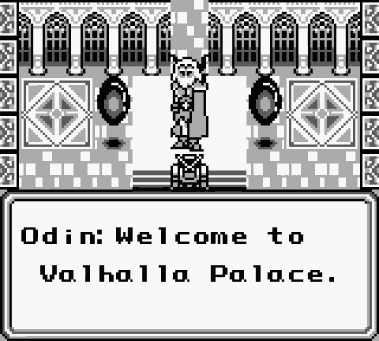 I understand one of the worlds, Edo, involves solving a mystery involving opium smugglers, but they were changed to banana smugglers in the original English translation. 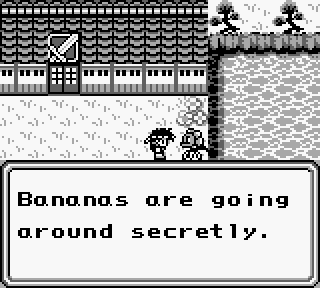